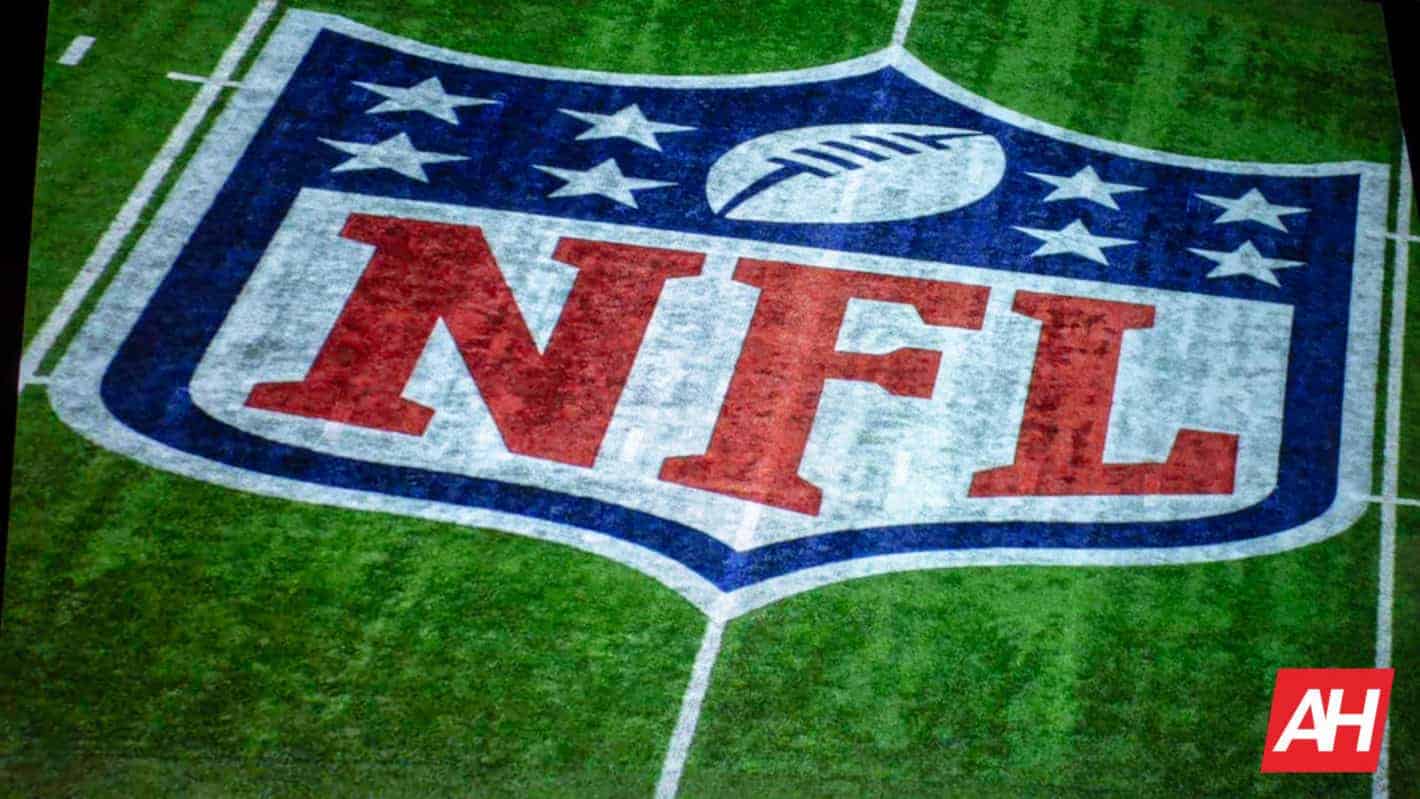 Do note that more solid offerings are available in the Play Store, but we cannot list every single one. These apps and games are supposed to help you expand your NFL experience this season, either by gaming, or by helping you keep track of what’s going on in real-life games. There is also an app for fantasy football included here, if you’d like to take things into your own hands, and see how you fare.

A game that asks you to guess NFL team logos is also here, and the same goes for an app for streaming NFL games. There’s something for everyone included down below. These apps are not listed in any specific order, so just because one is listed before the other doesn’t mean anything. If you’re ready for some NFL action, read on.

Below is a quick overview of the top 10 best NFL Android apps & games for 2022, including any download and in-app purchase costs. 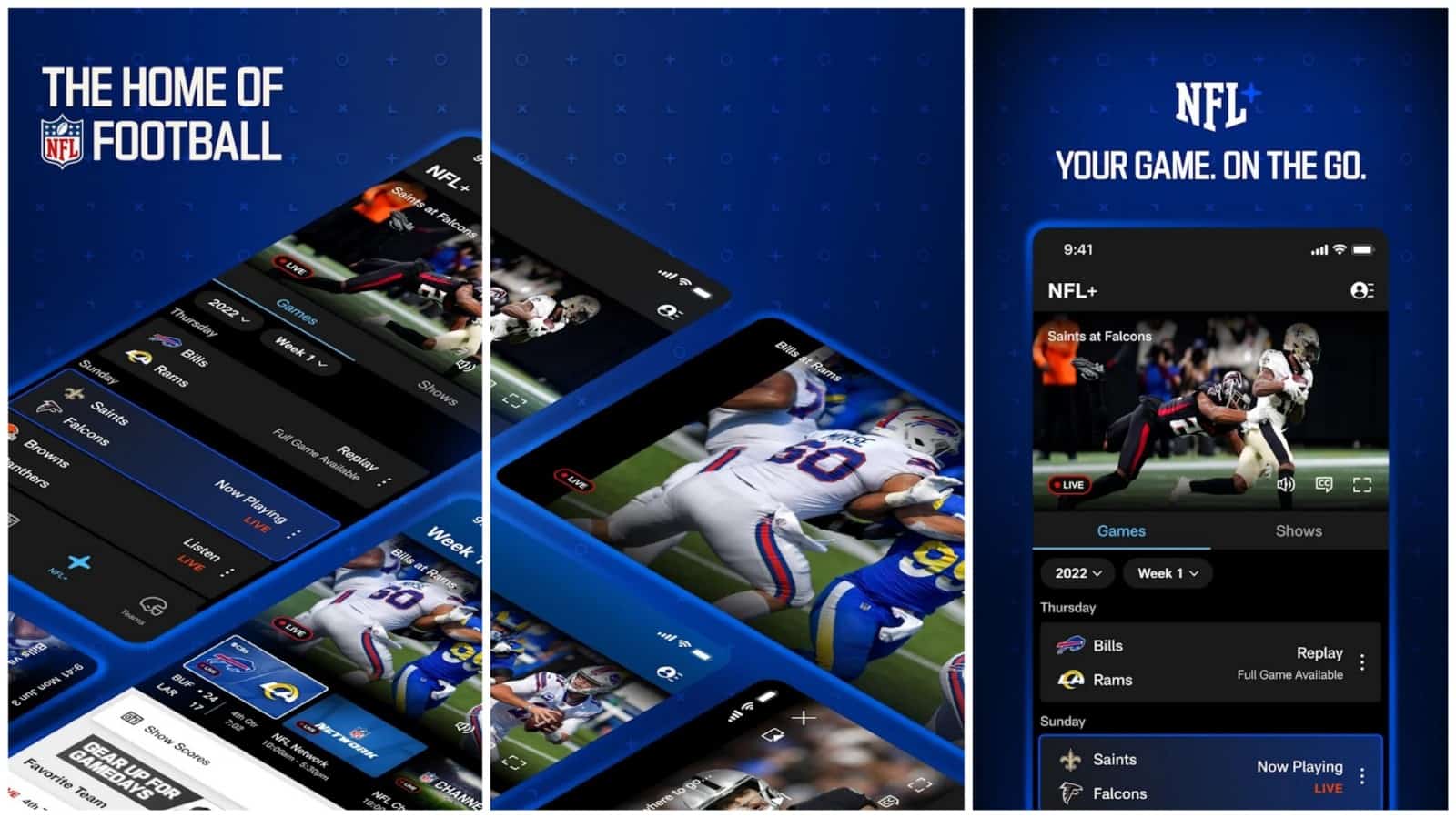 This is the official ‘NFL’ app, the main one. People do seem to be having some issues with the app, based on the Play Store reviews, but when it works, it works really well. This is an official app, which is the main reason why it’s listed here, it contains a ton of content you can access. The app is really well-designed, and if not for the aforementioned issues, it would be great.

This app will bring breaking NFL news to your phone, while highlights are also included. Statistics can also be found on the inside, and much more than that. The content is constantly updated, while you’ll be able to follow along live playoffs and Super Bowl as well. NFL Combine and Draft Coverage is also included. Depending on your subscription model, you can access some extra content, such as NFL Game Pass, and so on. 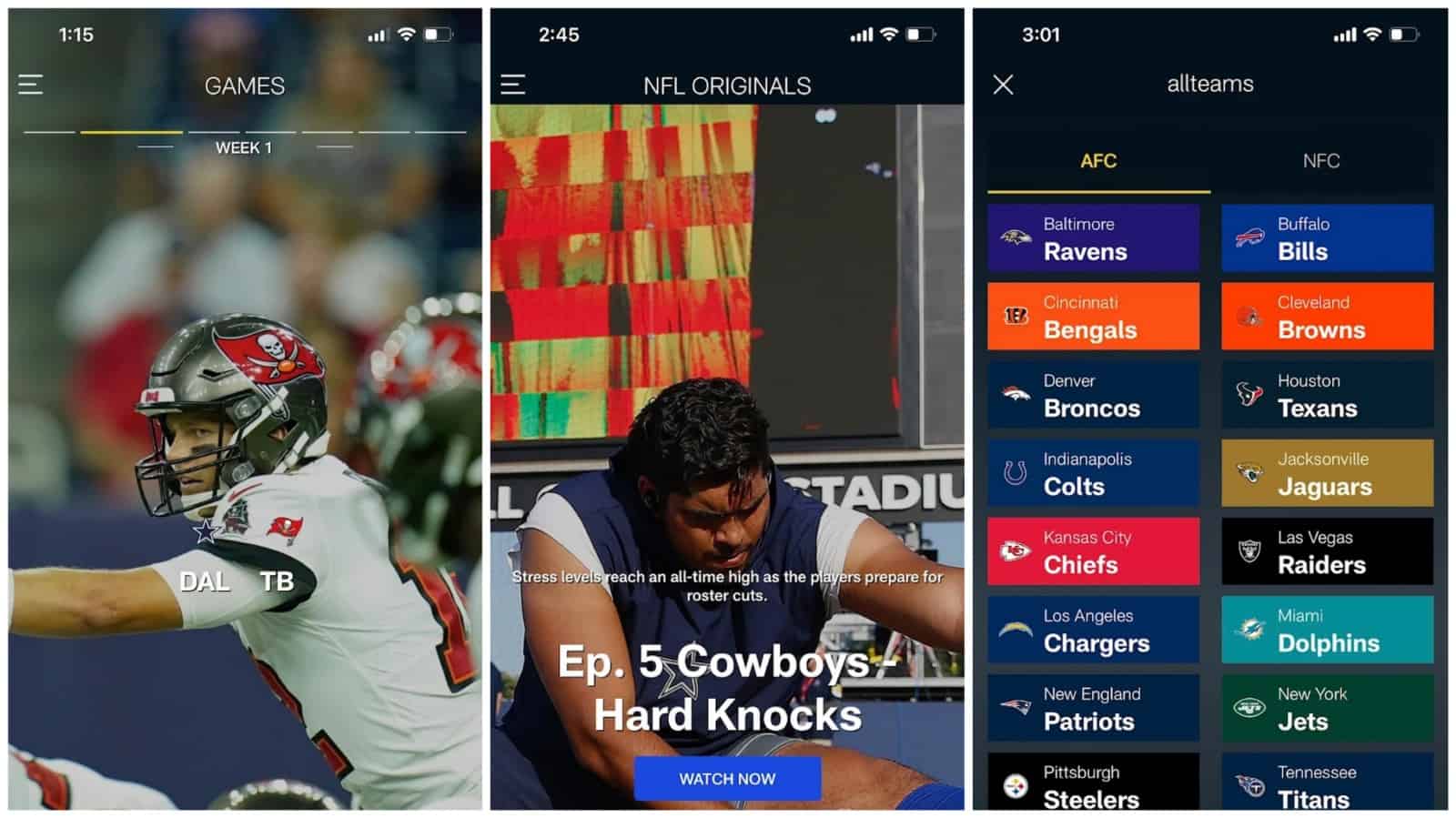 The NFL Game Pass is one of the best-rated NFL apps in the Play Store, at least from the most popular apps out there. This app won’t do you much good if you don’t have the NFL Game Pass, though. If you do, you’ll be able to watch the entire NFL season live or on demand across all your favorite devices. NFL Game Pass is basically a must have for NFL fans.

With a Pro subscription to NFL Game Pass you’ll also get access to the NFL RedZone, NFL Network, Game in 40, Game Highlights, NFL Archive, Coaches Film, Stats, and even Downloadable Games. That’s all the content that you’ll need when it comes to the NFL, pretty much. If you do decide to get the NFL Game Pass subscription, do try out this application, it’s well worth it. 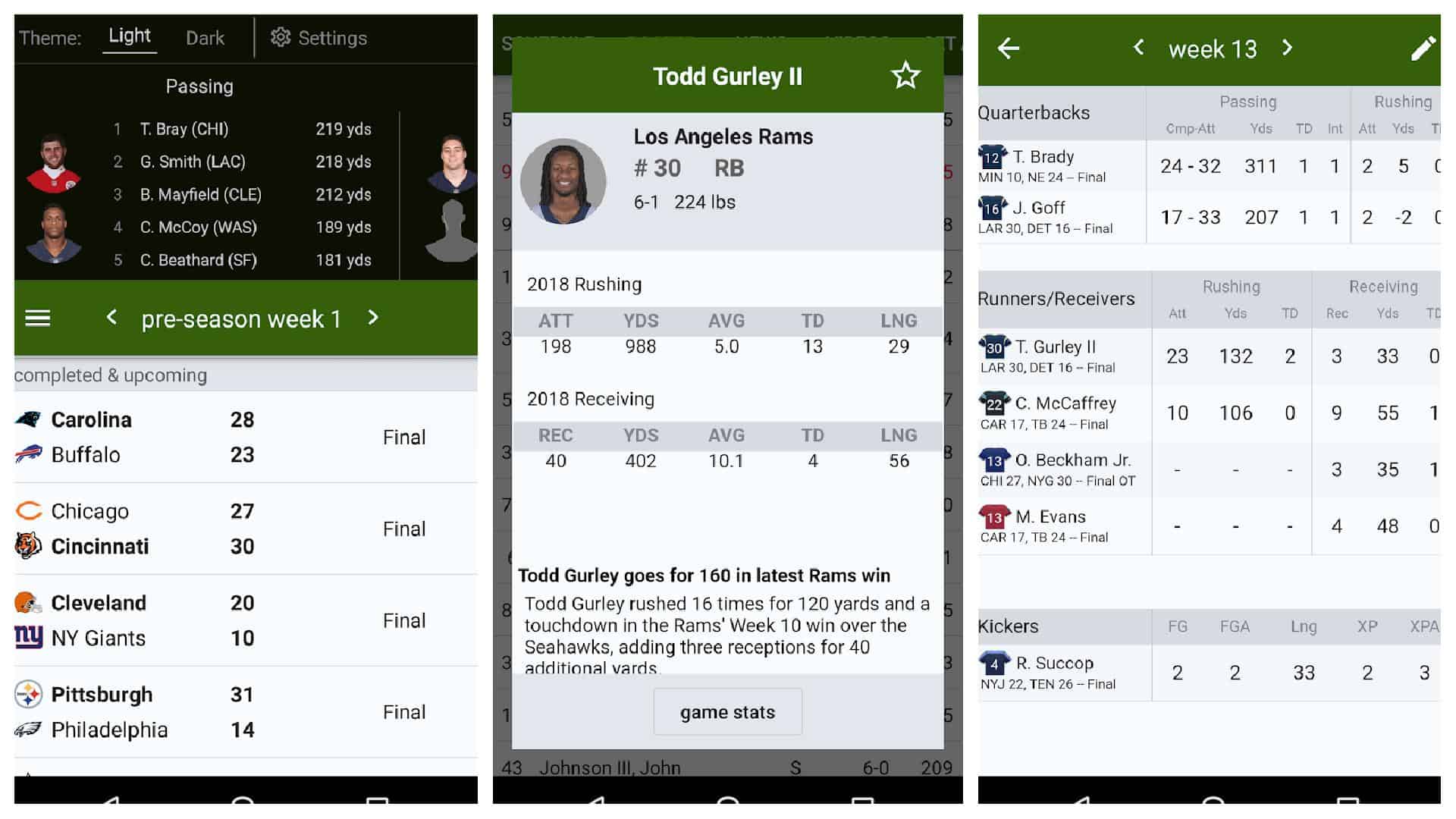 Sports Alerts is a really well-known app for sports scores, stats, team information, and so on. Well, there is a special variant of this app, which is focused on the NFL. The app is called ‘Sports Alerts – NFL edition’, and it’s really good. The design of this app is quite modern, and quite nice at the same time. It looks flat and easy on the eyes, while everything is arranged where it’s supposed to be. The app is a joy to use. 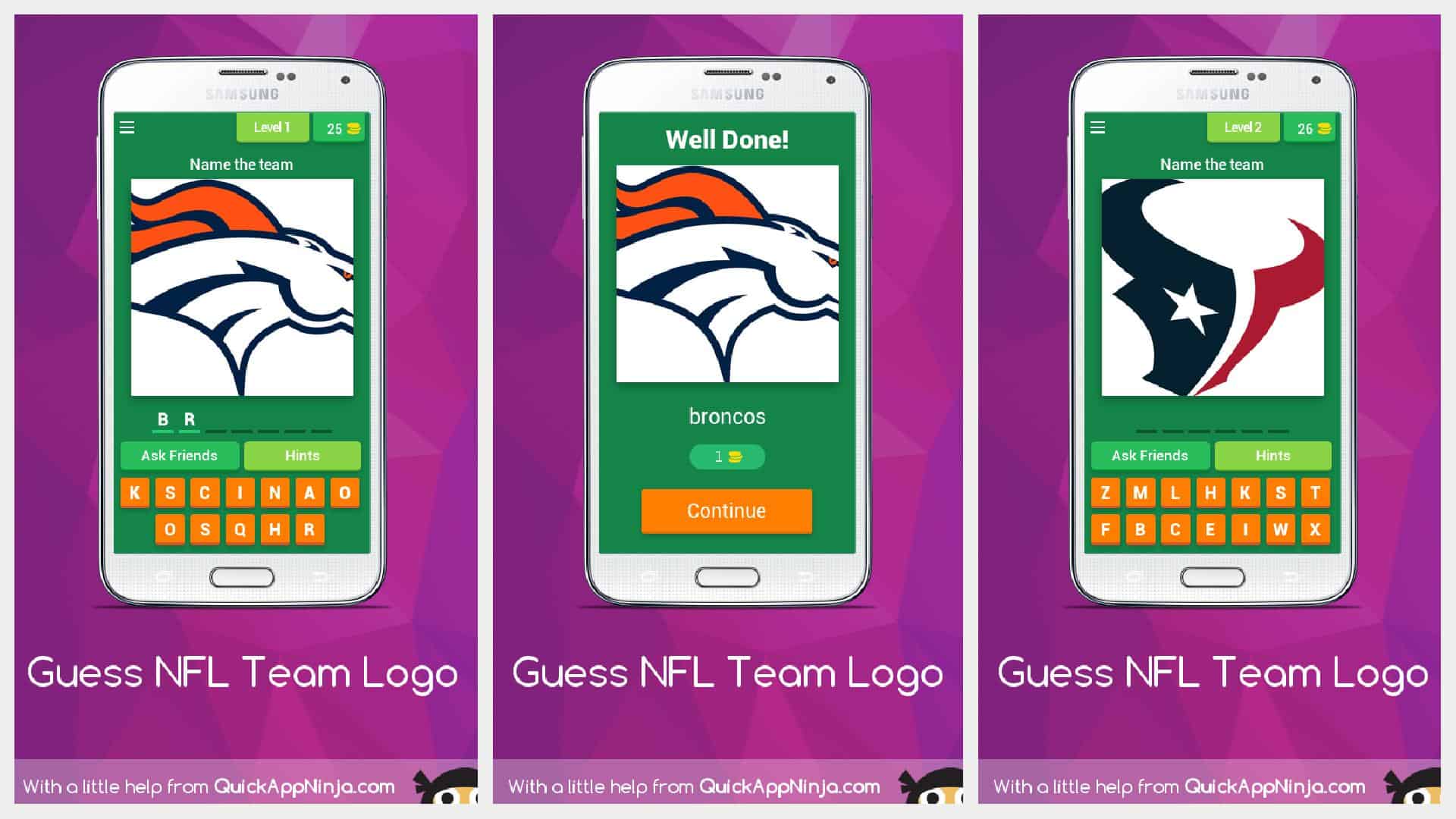 If you’re interested in simple NFL-related games, well, the ‘Guess NFL Team Logos’ app may help you out. It will test your knowledge on the NFL teams, not the NFL in general. If you know what NFL logo belongs to which team, this game will be a piece of cake for you. If you do not, or are not sure, well, playing this game will clear things up for you. It’s extremely simple.

You’ll get an image of a logo for a specific NFL team. Below that, you’ll see how many letters do you need, and a bunch of letters will be offered as well, in a non-specific order. You need to choose the right letters, and tap them in order to create a word(s). If you need help, hints are available, while you also have the ‘Ask Friends’ option. This game does include ads, but it’s free to play. 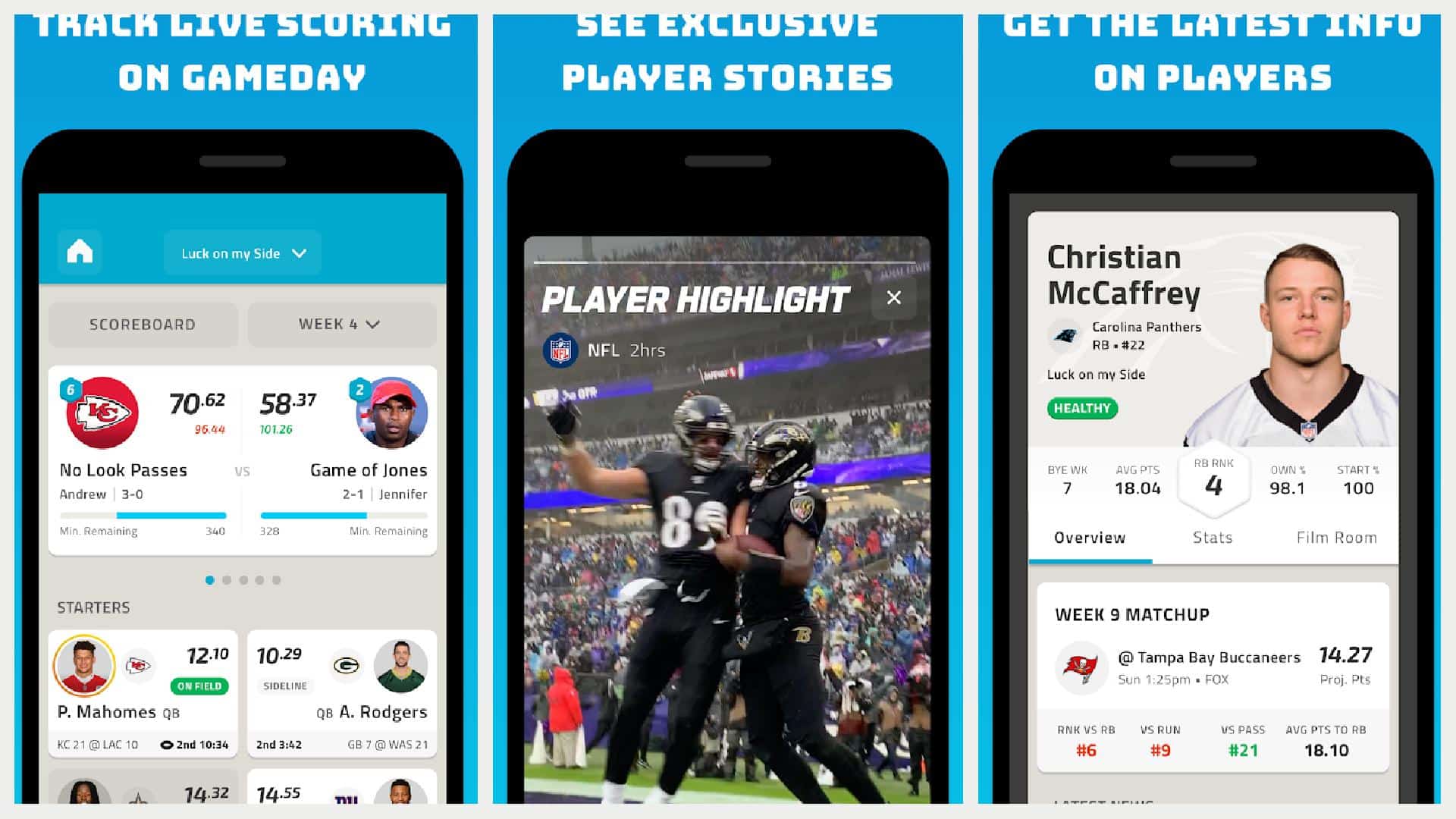 NFL Fantasy Football is yet another official app which has some issues. There seem to be quite a few bugs included here, even though the app offers a lot of content when it works right. If you happen to be lucky, and able to use this app as intended, you’ll join tons of other people and compete against them. In this game, you can control your very own NFL team, and leak them to glory.

You’ll be a part of NFL drafts, while you’ll be able to track your fantasy scores while streaming the NFL Network and live local and primetime games. Fantasy stories are included in the package, while you’ll also be able to compare players inside the app. Waiver Reports will be available in the app, while a weekly matchup recap will give you a customized report of you and your opponent’s performance.

The Madden NFL 23 Mobile Football is probably the best-known NFL game for Android. There are versions for consoles and PC as well, of course, and this game comes from Electronic Arts (EA). That being said, the Madden NFL 23 Mobile Football for Android has its issues, but it’s a really good game overall. It not only comes with great graphics, but also some compelling gameplay as well.

You can create and customize your own character in this game, and then experience some brand-new gameplay with him in “The Yard: Underground” mode. You can also opt to build a team instead, as you can take over a team as a GM. You’ll be able to play games, collect rewards, and upgrade your team. You can also compete against NFL Superstars and NFL Legends in order to collect the all-new Madden Masters.

Fanatical Football is a really good alternative to the Madden NFL 21 Mobile Football game. Mouse Games, the company behind this game, claims that this is the most realistic football experience on Android. In this game, you’ll be able to build your team, and lead them through various games. New and improved touch controls and game modes are included here, and they do make a difference in some cases.

The graphics in the game is really good. it’s not the level of Madden, but it’s not far behind either, this game really is a joy to look at. Speaking of which, the audio is also great, and that includes the music and environmental effects, such as the crowd. Quick Game and Championship Modes are included, and you will also be able to equip various special pop-ups as you progress. 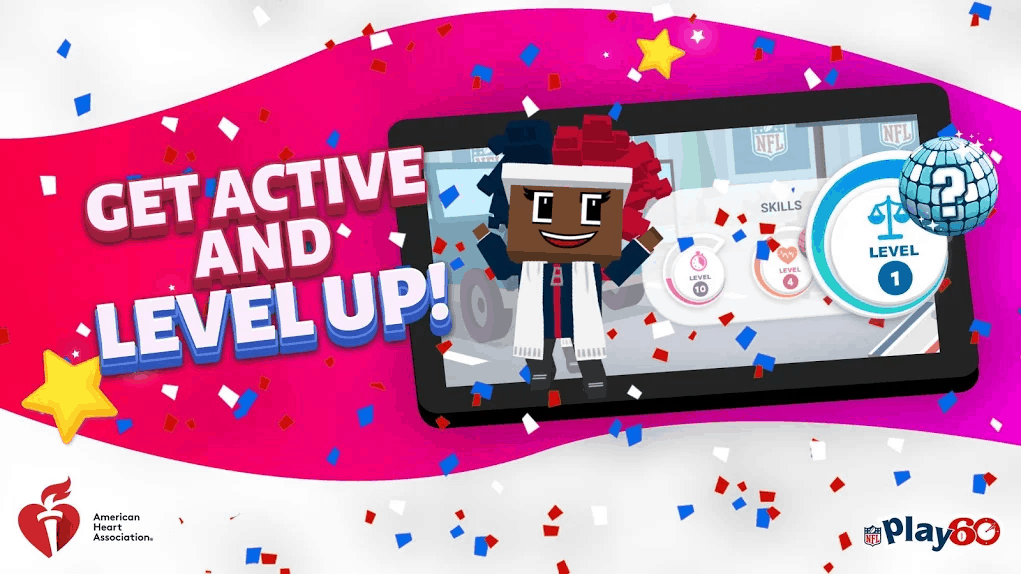 NFL PLAY 60 is a rather odd game. It’s not exactly an NFL game, but it does come with an NFL twist to it. This is not a simulation or anything of the sort, it’s a simple arcade game that brings a lot of fun to the table. This game is actually a compilation of various games, in fact. So, you can choose your opponent down in TAG, or outlast the competition in Red Light, Green Light.

To show you how odd this game truly is, it allows you to earn special PLAY 60 points for going on a family walk, riding a bike, or playing in the park. It will actually award you for being active in real life. That’s not something you see every day, that’s for sure. Now, in this game, you’ll also be able to unlock cool NFL gear to customize your PLAY 60 avatar. You can choose your favorite NFL team and PLAY 60 the moment you decide to, as the game is free to play. 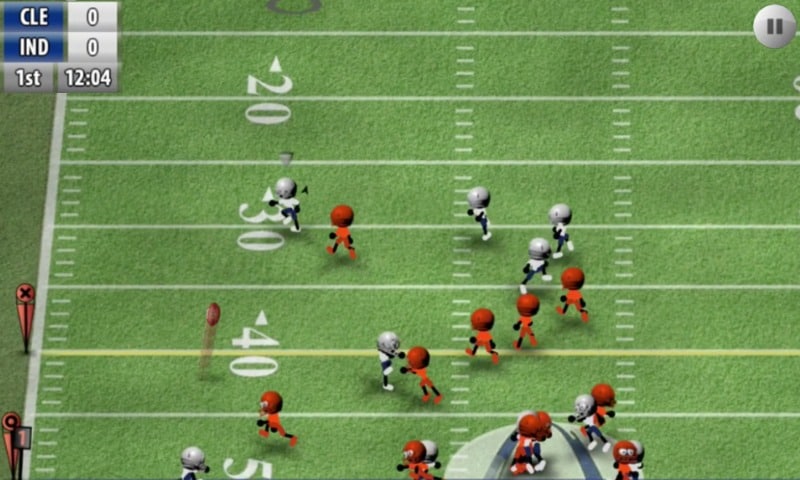 Stickman Football is probably one of the most fun football games for Android. This game is a part of the well-known ‘Stickman’ franchise. You’ve probably came across other Stickman games at this point, as there’s one for every popular sport, pretty much. The vast majority of them are really good, actually. In any case, this game brings solid graphics, and what’s more important, great gameplay.

This game is deeper than it sounds. It allows you to select your tactics, while tackling is especially fun. There are a number of season modes you can choose from, and a bonus future football game. 32 football teams at your disposal, to choose from, and various stadiums and configurable game time. There are four different levels of difficulty here, and smooth animations, amongst other things.

Boom Boom Football is a game that is different than every other we’ve mentioned. It’s a really fun game with cartoonish graphics, that still look really good. The game allows you to build your team, plan your strategy, and then improve your skills as you progress. You can collect over 300 football player cards in this game. Training players is also a part of the game, as they need to improve.

The game even offers one-on-one gridiron battles, which are especially fun to watch due to the tackles. There are 5 card classes to play with here. The game also offers “Boom Battle” events, which allow you to compete with real people all over the Internet. This is, without a doubt, one of the most entertaining football games for Android. The game is free to play, though it comes with ads and in-app purchases.