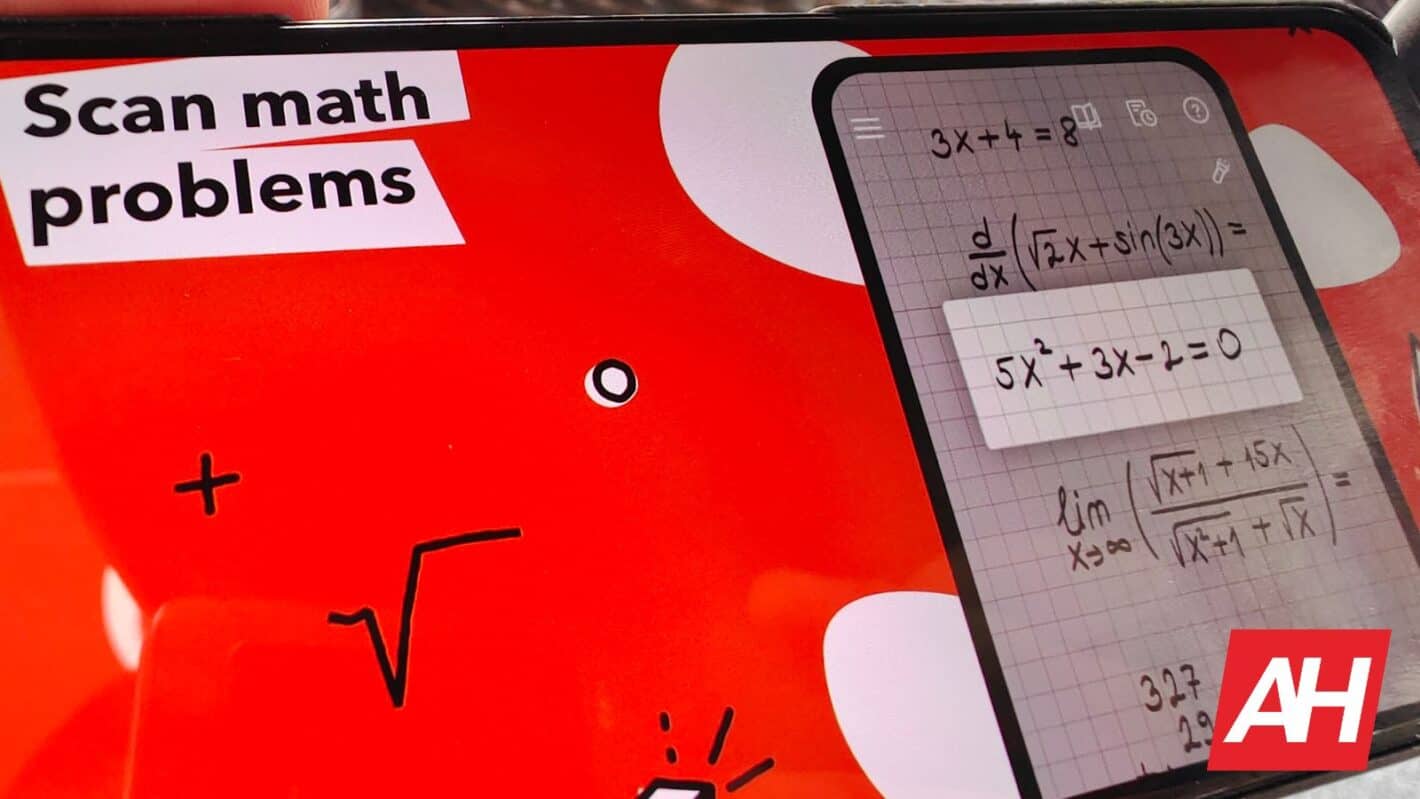 There are all sorts of apps available in the market these days, and some of them are immensely useful. Like the apps we’ll talk about in these articles. These apps allow you to solve math problems by simply taking pictures. Seems simple, doesn’t it? Well, it is. This functionality was kicked off by Photomath a long time ago, and that app remains the most popular solution for solving math problems in this was.

Photomath is not the only app that can do that, however, even though it arguably does the best job. There are a bunch of other apps that can do a great job at it, and we’ve listed them below. Truth be said, you only need one such app, but we’ve provided you with quite a few choices. You’ll need to figure out which app suits you best, though. These apps are not listed in a specific order, so keep that in mind.

Below is a quick overview of the best 9 Android apps for solving math problems 2022, including any download and in-app purchase costs.

Photomath is probably the best math problem-solving app for most users. This app basically started the trend of getting math problems solved by taking pictures. The app has a great UI, and it offers a lot of functionality. It basically rivals the best of the best in both of those regards. It’s arguably the best at recognizing math problems, and it will offer detailed explanations for them.

The app also features how-to animations, and you can scroll through multiple solving methods per problem (if there is more than one). There is a multi-functional scientific calculator built into the app, and the same goes for interactive graphs. This app can solve basically any type of math problem, as it covers basic math, algebra, geometry, trigonometry, calculus, statistics, and more. 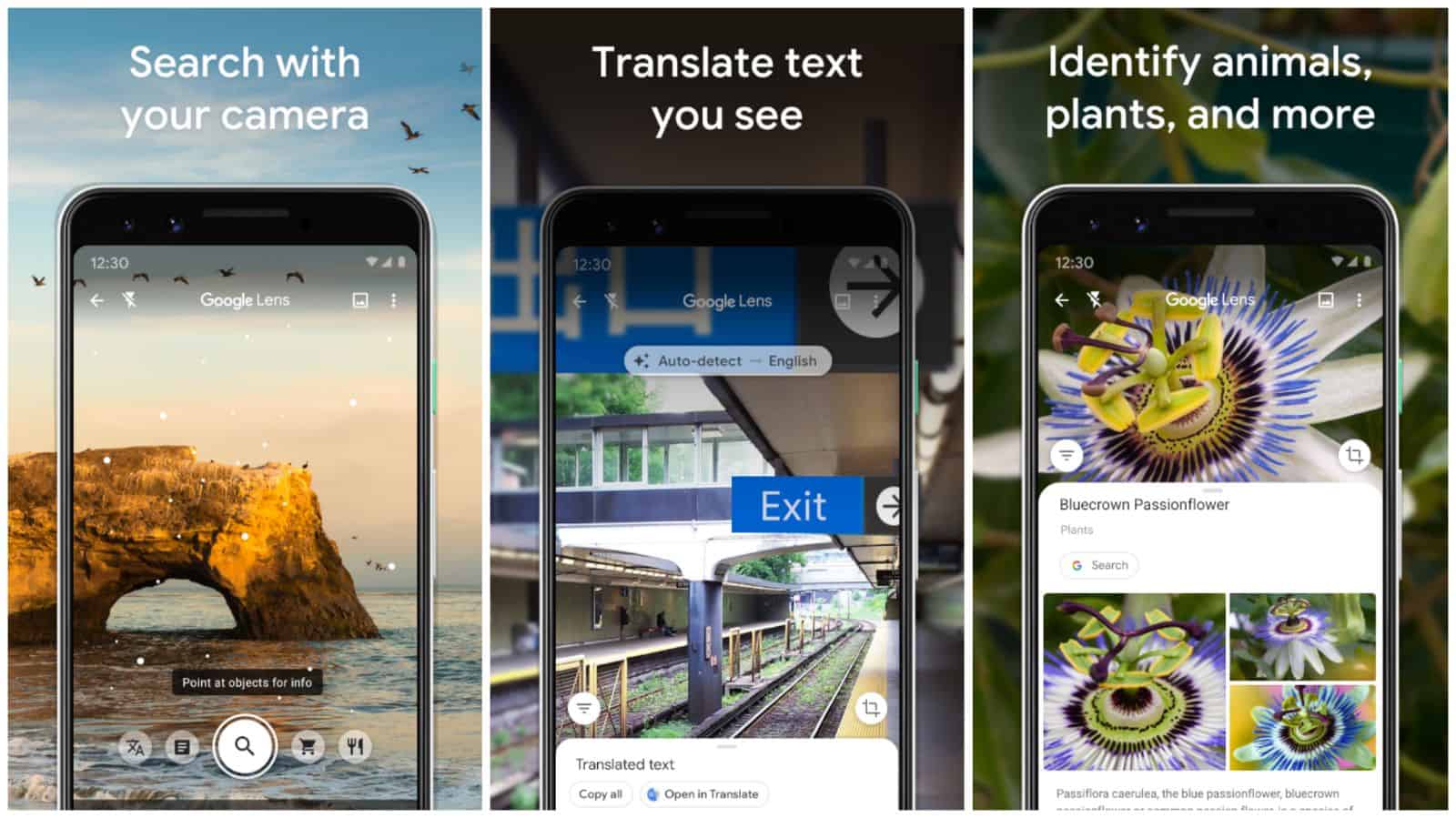 Thanks to this feature, you can take a picture of a math problem, and Google Lens will do the best it can to provide you with a solution. The thing is, you won’t get nearly as detailed of an answer as Photomath would offer, or many other apps on the list. As already mentioned, this is not Google Lens’ primary function, and it offers only the basics, though that is to be expected. 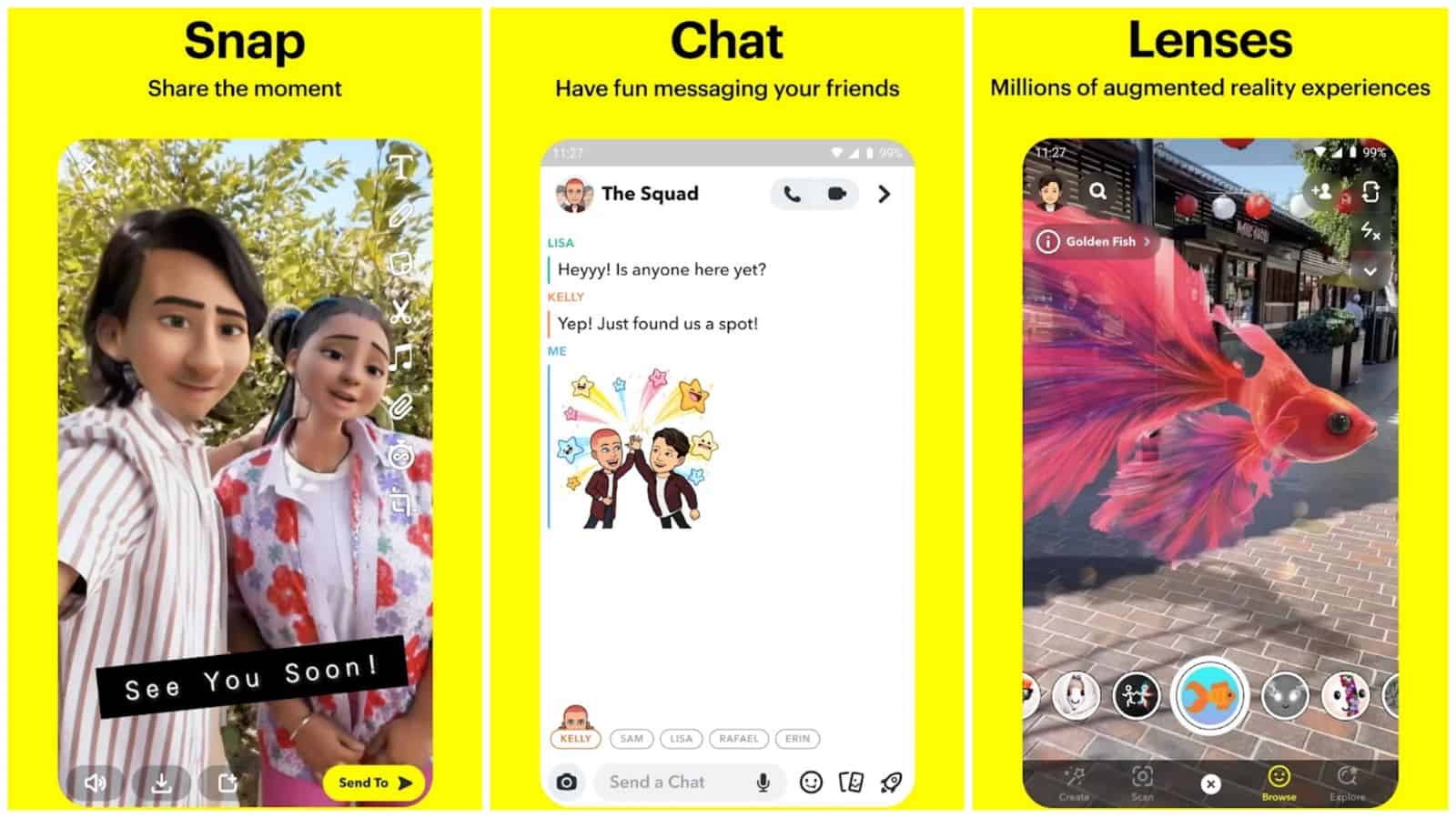 Snapchat is not exactly the first app you’d think of when it comes to solving math problems, right? Well, yes, that’s true, but this app can come real handy for it. If you already have Snapchat installed, why not use this functionality. All you need to do is open the app, and its camera, hold your phone over a math problem, and tap the scan button. The app will scan the problem and provide you with an answer.

It does a good job, but not even close to Photomath, and some other apps on the list. Snapchat is far from being a math-focused app, this is only a side feature for it, so… that is to be expected, similar to Google Lens. Still, if you need a quick solution for something, and you don’t want to install some other app, this feature can come in handy. 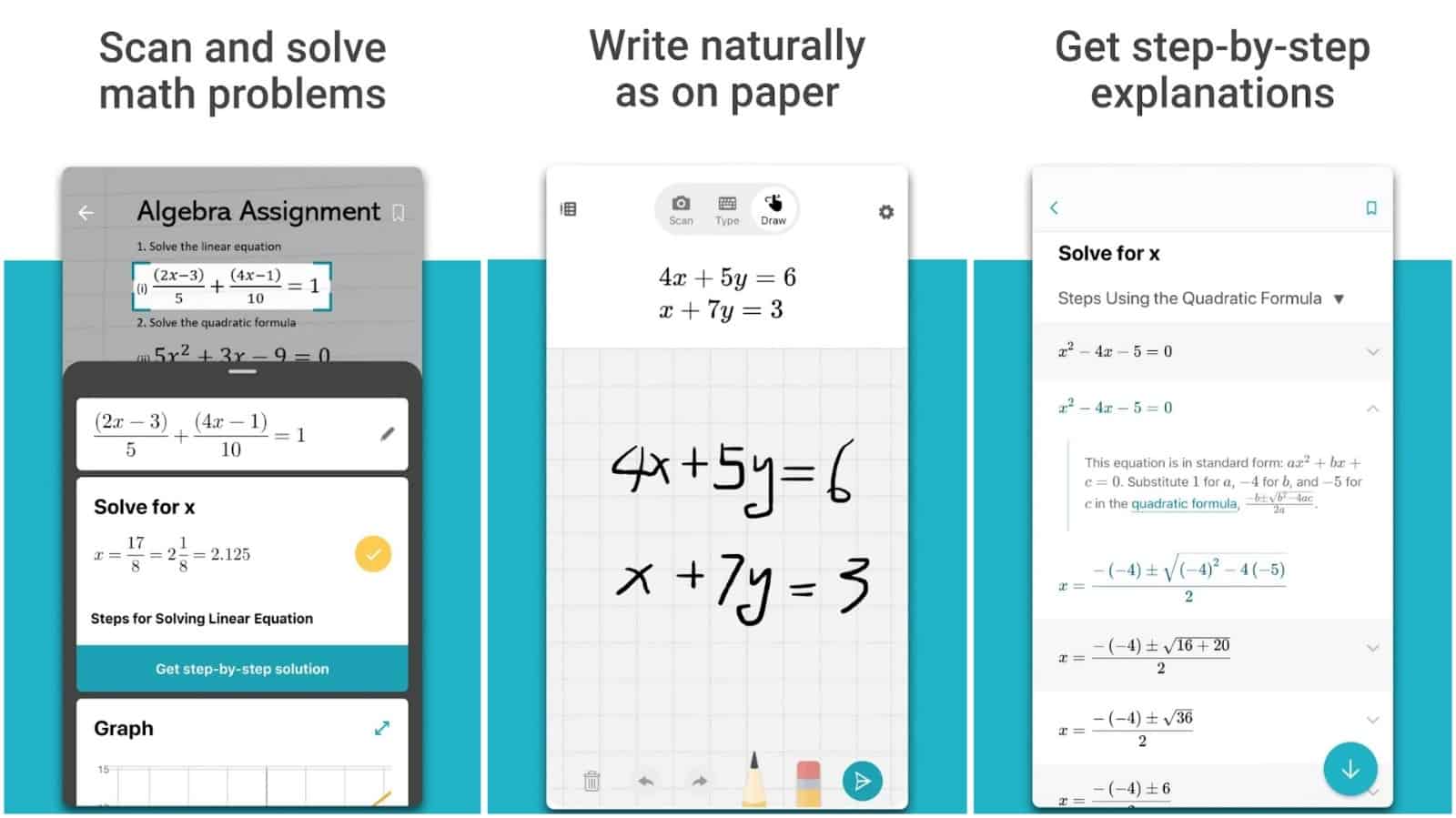 If you’re a Microsoft user, you should consider Microsoft Math Solver. Well, even if you aren’t, this is a great app to use. It works really well, and it will provide you with detailed answers to math problems. To make things even better, the app is completely free to use, you’re not pushed to buy anything, as there are no in-app purchases. It doesn’t offer as many features as Photomath, but chances are not many of you will be bothered by that.

This app can also help you solve a problem by taking a picture of it, or you can use your finger to draw on the screen, just to give the app something to solve. This app will show you the steps it took in order to solve that problem, unlike some other applications on the list. The app’s design is also quite nice. The UI is great, and the app is easy to use, not to mention that it works really well. 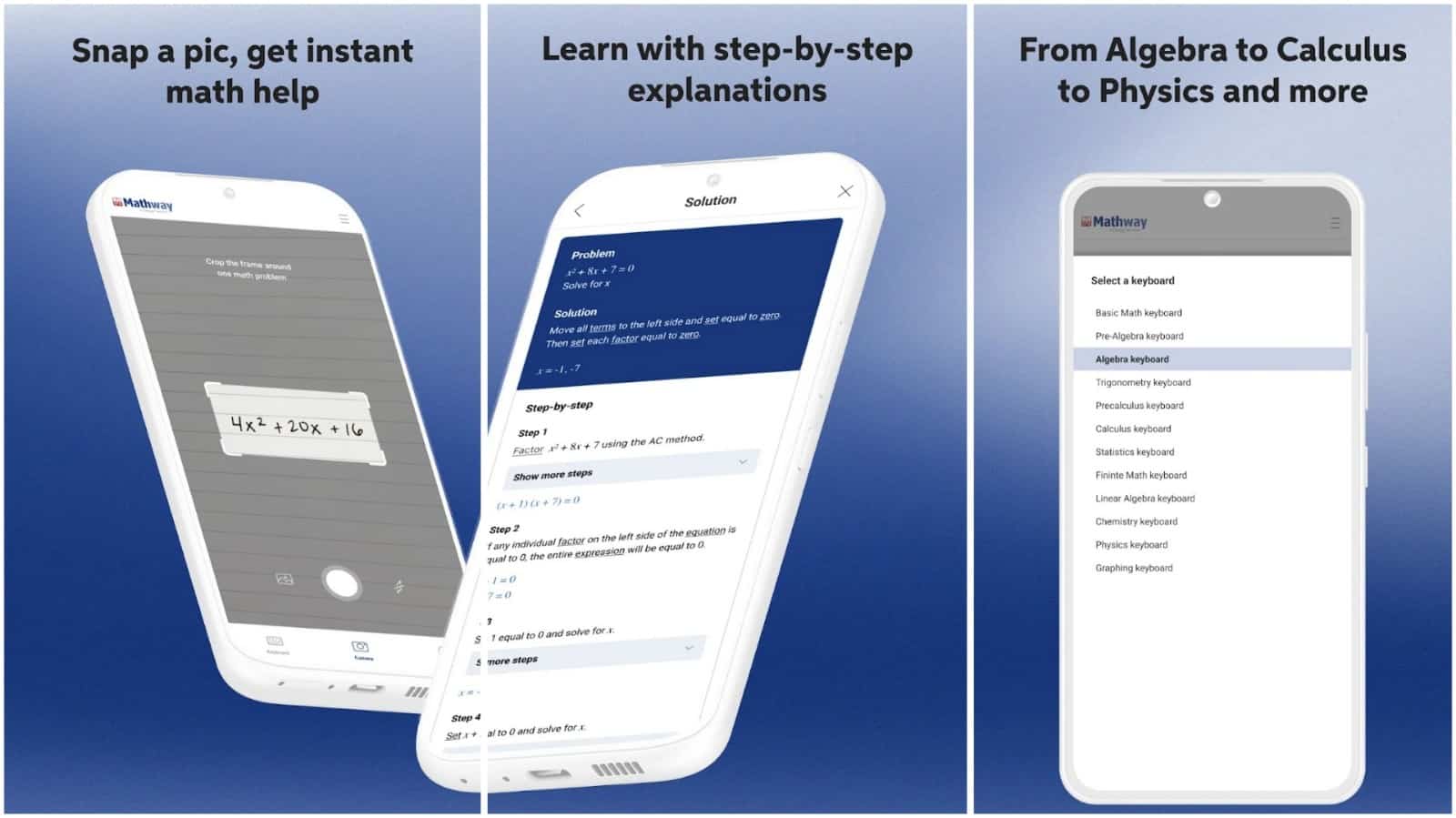 Mathaway is another great solution for getting answers to your math problems. This app offers you an option to either take a picture of a math problem, or type it in via the app. Regardless, you’ll get your answer straight away, along with the steps taken in order to get there. It is very detailed when it comes to those steps, and the app’s UI is really nice, you’ll feel right at home while using this app.

The performance is really good, and the app does cover a lot of math dimensions. Regardless of whether you need help with basic math. algebra, trigonometry, calculus, or statistics, Mathaway has you covered. This app is being used by a lot of people on a daily basis, and it already has over 300,000 reviews in the Play Store, most of which are extremely positive. This one is worth checking out, for sure.

This app is a bit different in comparison to the vast majority of other apps on the list. This app also allows you to take a picture of a math problem, but you won’t get an answer instantly thanks to AI. Gauthmath will connect you with a live tutor. The app has tutors available 24/7, so you don’t have to worry about the timing. You will be provided with step-by-step instructions via the app, so you’ll know exactly what to do.

The app is free to use, you don’t need to pay up in order to talk to a tutor. The design is very simple, as it should be, and you’ll be provided with answers really fast. This app can help you solve even the most complicated math problems. The app is not as popular as some others on the list, but it sure is worth using, considering how good it is. If you’re looking for a math problem solver, try this app out.

Camera Math app is kind of self-explanatory. The whole goal of this app is for you to take a picture, and for the app to answer the math problem in that picture. It’s extremely simple to use, which is a good thing, of course. This app tries to keep it simple. The design is straightforward, and it actually stays out of the way, allowing you to focus on the problem at hand.

This app will also provide you with step-by-step instructions on how to solve a math problem. It can do that for various different math problems, whether they’re arithmetic, calculus, or algebra in nature. These are only some examples, the app can answer pretty much any type of math problem you may have. This app is nowhere near as popular as some other on the list, but that doesn’t mean you should skip it. 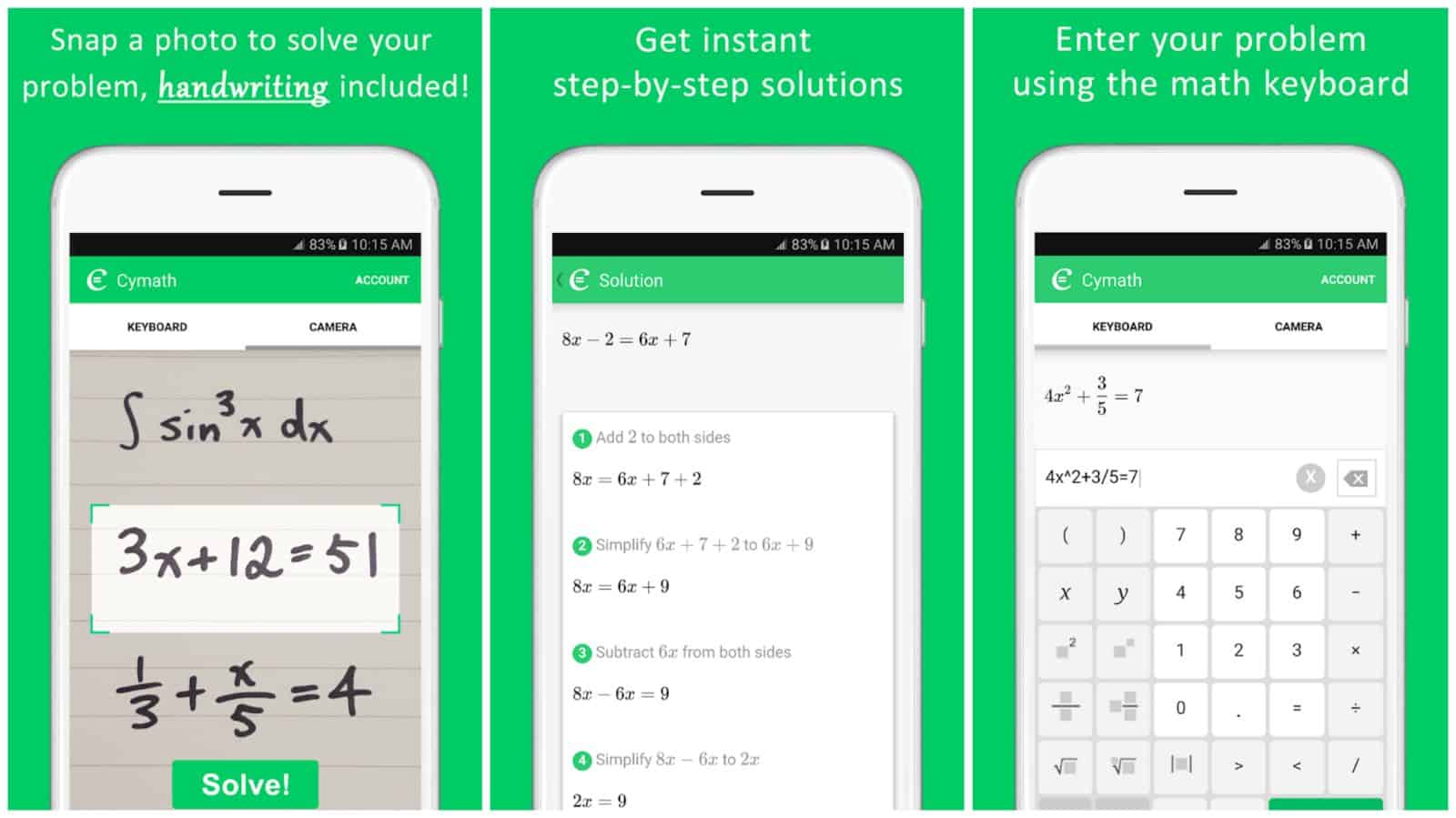 Cymath is one of the best-designed apps from this list. The design is simple, and yet it’s quite functional. The developer combined green and white color variants for this app. Much like almost every app from this list, you’ll get detailed step-by-step instructions on how to solve a specific math problem. You also need to use your phone’s camera in order to submit a math problem.

This app covers a wide range of math content, ranging from various topics in algebra and calculus. Those topics include equation solving, factoring, logarithms, exponents, complex numbers, product rule, quotient rule, chain rule, u-substitution, and so on. Basically anything you can think of, this app should be able to solve. The app works really great, and it has a solid rating as well.

Math Scanner is another app whose name is kind of self-explanatory. This app represents one of the best competitors to Photomath, no question about it. The app is also really simple to use. It tries to focus its design towards the problem at hand. All you need is to take a picture, and you’ll get your answer. You’ll also be provided by step-by-step instructions, of course.

The app is suitable for both simple and advanced math problems. It covers addition, subtraction, multiplication, diversion, algebra, percentage, EMI, interest, and so on. That’s basically it, there’s not much more to talk about. The app does have a solid score in the Play Store, similar to other apps on the list. If you don’t like your current option, this one is worth checking out.