There are many live TV Streaming services on the market today. And you undoubtedly have heard of the popular ones like Sling TV, YouTube TV, and Hulu + Live TV. But there’s more than just those three.

Streaming services come in all sorts of forms, especially when it comes to Live TV. We have services that offer every channel under the sun. Then others that offer useful features like an unlimited cloud DVR. And there are even some free ones. So there is something here for everyone.

There’s many ways you can define a cord-cutter but if you fall on the militant side then paying nothing for live TV is true cutting the cord. In that case, Pluto is easily the best live TV streaming service for cord cutters. After all, Pluto costs nothing.

In spite of being free, Pluto offers a significant amount of content. Not only do you get access to more than 100 live TV channels, but the service also claims to have 1000’s of titles available on demand. What’s more, it’s not just TV shows either, but also movies.

Yes, if you have yet to meet Pluto, then it does offer free movies and TV shows. In fact, this is free in most senses of the word as you don’t even need to sign up let alone supply any payment details.

Pluto also does come with a good amount of device support. You can easily watch via a web browser, or via an Android or iOS phone/tablet by downloading the app. Support is also available for Android TV, Fire TV, Roku, and Chrome devices.

Sling TV is one of the oldest live TV streaming services and also one of the most affordable. When it comes to paid plans, there’s two main options available – Orange and Blue. Both of these plans cost only $35 per month and provide access to slightly different channel lineups. Sling Orange offers 32 channels compared to the 47 on offer with Sling Blue. Alternatively, you can subscribe to both Sling Orange and Blue plans. The combined plan costs $50 per month and provides access to 53 channels in total.

Sling TV’s app is easily accessible and can be downloaded on Android phones, as well as Android TV. The streaming service is also accessible via iOS devices, Amazon Fire TV devices, Roku OS devices, LG and Samsung TVs, Microsoft Xbox One and Windows 10.

Sling Orange allows one stream at a time, while Sling Blue lets you stream on three devices at the same time. The joint Sling Orange + Blue plan combines those allowances. Sling TV also lets you add “Extras” to your account for additional content access. They are basically channel bundles. For example, you can add a bundle for sports, comedy, kids, news, and lifestyle. These range in price depending on bundle, but commonly cost between $5 to $10 extra per month. While Sling TV does not provide cloud DVR services with any of the main plans, you can add cloud DVR for an additional $5 per month.

YouTube TV is a great option for anyone looking for a very straightforward live TV streaming service. Unlike Sling TV, YouTube TV only offers one plan priced at $64.99 per month. For that amount, subscribers gain access to over 85 channels.

There are plenty of add-ons available for YouTube TV as well. These include, but are not limited to HBO MAX, SHOWTIME, Cinemax, STARZ and Epix+.

This is another service that’s now widely supported at the device level. Not only can you access YouTube TV on a smartphone or tablet, but also on your PC via a web browser. This in addition to Android TV devices, Apple TV, Roku OS devices, Microsoft Xbox consoles. As well as with HiSense, LG, Vizio, and Samsung smart TVs.

Unlike most other live TV streaming services, YouTube TV lets users record as much as they want with an unlimited cloud DVR. These recordings are not forever though as they are automatically deleted after nine months. In addition, YouTube TV allows for six different user accounts to be set up under one account. Each account also has its own DVR so you won’t have to worry about someone else filling up your DVR with recorded content. While you can have six active accounts at the same time, only three simultaneous streams are available. 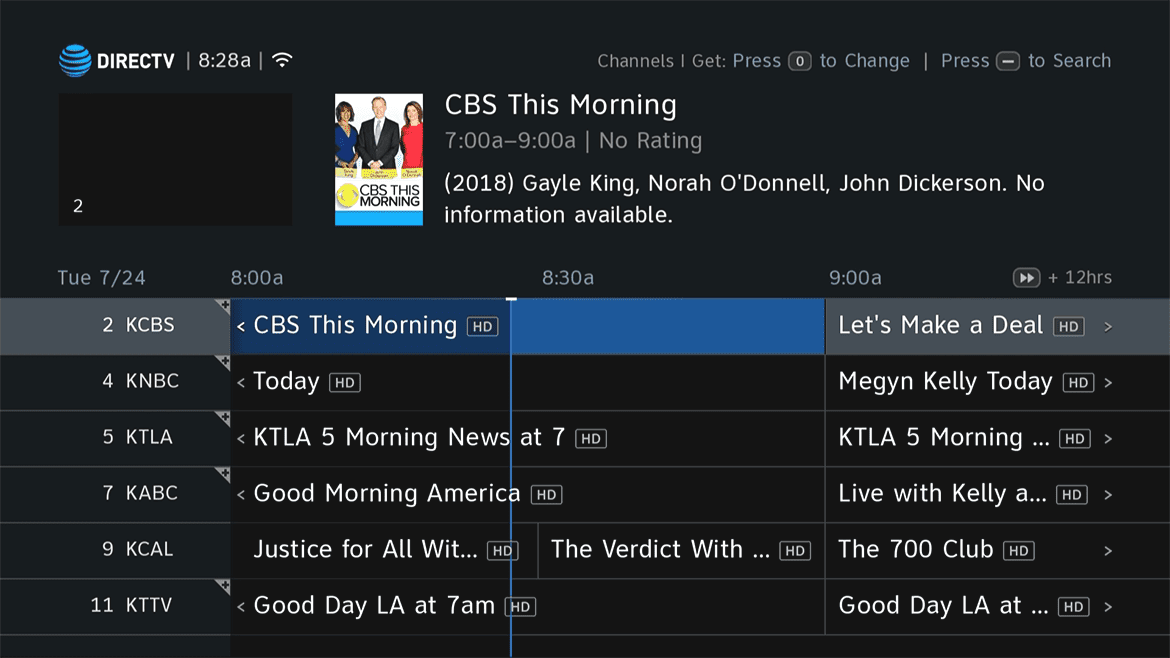 DIRECTV Stream is the rebranded version of AT&T TV Now. Which was original DIRECTV Now. So it’s quite clear that AT&T is not sure what name it wants to use for streaming. But DIRECTV Stream is a really good option for those that want local sports and HBO at a not bad price.

DIRECTV Stream comes just $5 more expensive than YouTube TV and Hulu + Live TV, but does offer a lot more channels. Of course, you will need to shell out a bit more to get local sports. And to get HBO MAX, SHOWTIME, CINEMAX and STARZ included for free, you’ll need to spend $139 per month. But those premium channels do cost about $40 per month on their own.

A lot of the features you’d expect from a cord-cutting service is available here. That includes cloud DVR, which is unlimited. But the big caveat there is that shows will expire after 90 days, unlike YouTube TV which expires after 9 months.

Plex Live TV is another free service, although it is not strictly speaking a streaming service. Well, that’s not exactly true as once all up and running, Plex lets you stream live TV to all of your devices. We’ll explain.

Plex Live TV lets you access over-the-air live TV channels. The service uses an aerial which is were the non-streaming part comes in. However, this is a software-based solution and through the use of the aerial, a DVR, and a Plex Pass subscription, Plex lets you then access all the over-the-air channels, as well as any content you’ve recorded, on any device that Plex supports.

This could be your smartphone, a smart TV, or through a web browser. In short, while the initial receipt of the content is not streamed, access to that content is streamed. The selection of channels you have access to will depend on your location and of course, the strength of the signal. However, as a rule you can expect all locals you would get through other services including those from the major networks, such as ABC, CBS, Fox and NBC.

What makes Plex Live TV so useful is that you can get more than just those live OTA channels. You can also access web shows, podcasts, and more, and all through the one interface. Yes, you will need to invest in an aerial, a DVR, and a Plex Pass, but that’s it. Plex Pass is pretty cheap compared to the rolling monthly subscriptions and you can opt for a one-off fee which gives you lifetime access. If you only want access to local live TV, Plex Live TV is a very good option.

Philo is the cheapest option on this list. It is priced at $20/month and gives you access to over 63 channels. Most of which are not available on these other streaming services. Making this a great add-on to an existing live TV streaming service.

Besides the increased channel lineup compared to Watch TV, you also get a richer experience in general. For example, Philo includes cloud DVR so you can record content to watch later – recordings remain available for up to 30 days. Philo does also allow users to stream on up to three screens at the same time. Again, that’s more than AT&T Watch TV offers.

While the price is low, the device support is varied. Philo can be accessed on Android and iOS phones and tablets, in addition to Android TV and Apple TV. Philo can also be accessed on Fire TV and Roku devices, as well as on a PC through a web browser.

fubo TV has become the default ‘sports live TV streaming service’ for many, but it has grown since then. Yes, it still comes with an emphasis on sports, but it is also as feature and channel rich as any of the others.

fubo TV costs $54.99 per month and provides access to 102 channels. It also comes with 30 hours of cloud DVR and the ability to watch on two screens at the same time. However, that’s just the standard plan. Users also have the option to upgrade the standard plan to either a Family, Family Deluxe, or Ultra plan.

The Ultra plan costs $74.99 per month. You get more channels (168 now) plus an upgrade in cloud DVR to 500 hours as well as the option to stream on a third screen at the same time. It also includes Showtime (all nine channels) as well as 20 “high-energy” sports channels. And the ability to stream on three screens at once.

Hulu with Live TV might be the last service on this list, but it is by no means the least. This live TV streaming service costs $54.99 per month and for that price includes bags of content.With Live TV, you are getting around 65 channels included – could be more, depending on how many locals are available in your area. However, what you also get a standard on-demand Hulu subscription as well. This subscription normally cost $5.99 per month and adds a significant amount of content to the overall package. Again, all you pay is the $64.99 per month.

You can always add premium networks to Hulu with Live TV for even more content. Networks currently available include HBO, Cinemax, Showtime and Starz. There’s also an entertainment bundle you can add. This one costs $7.99 per month and adds 10 more channels.

The default version of Hulu with Live TV lets subscribers stream on two screens at the same time, but there’s also an Unlimited Screens add-on which increases the price but adds a third same-time stream. Likewise, cloud DVR is included by default but limited to 50 hours. This can be upgraded through the Enhanced Cloud DVR add-on which results in 200 hours of cloud DVR.

In terms of device support, Hulu with Live TV is compatible with Android and iOS phones and tablets, as well as Android TV and Apple TV. This is in addition to Fire TV and Roku devices, Microsoft Xbox and Nintendo Switch gaming machines, as well as select Samsung and LG smart TVs.