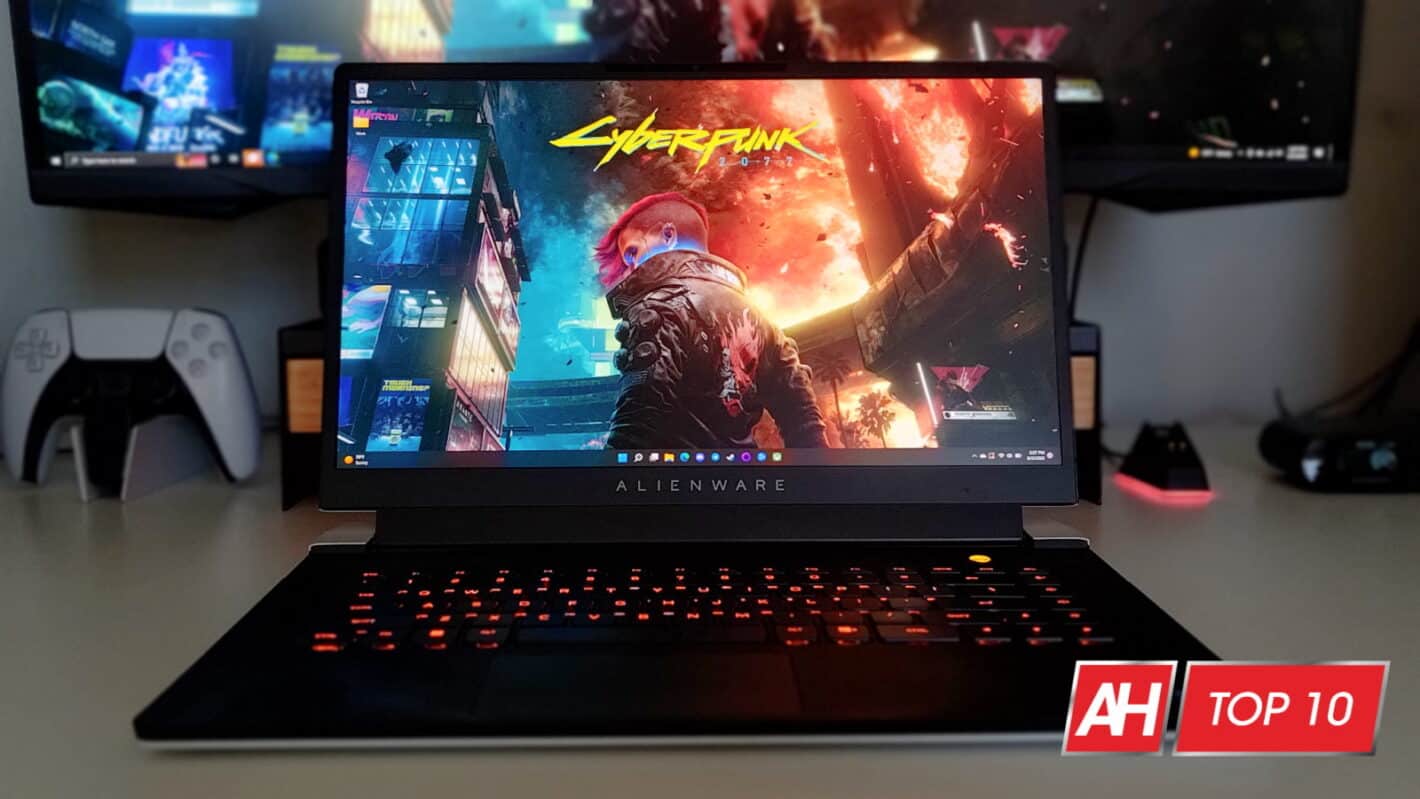 Gaming laptops are the best possible option for a gaming machine if you need or desire to be portable. While they may have some drawbacks, like power and performance when compared to what you can get out of a desktop you build, they still offer lots of excellent features and can deliver excellent gaming experiences.

They also tend to be much more pricey than desktops if you go for the most high-end models. But that’s the price of convenience. That being said, not all of the best gaming laptops are going to cost you thousands of dollars. And as there are TONS of gaming laptops out there we’ve rounded up ten of the best ones you can put your money towards.

Even if you have a gaming PC at home, it’s still nice to sometimes have a way to game properly when you’re away from home. Below you’ll find a list of different gaming laptops we’ve selected. With a range of different prices, features, specs, designs and more.

Want a little more information on each particular gaming laptop? You’ll find all of that along with prices and links below. 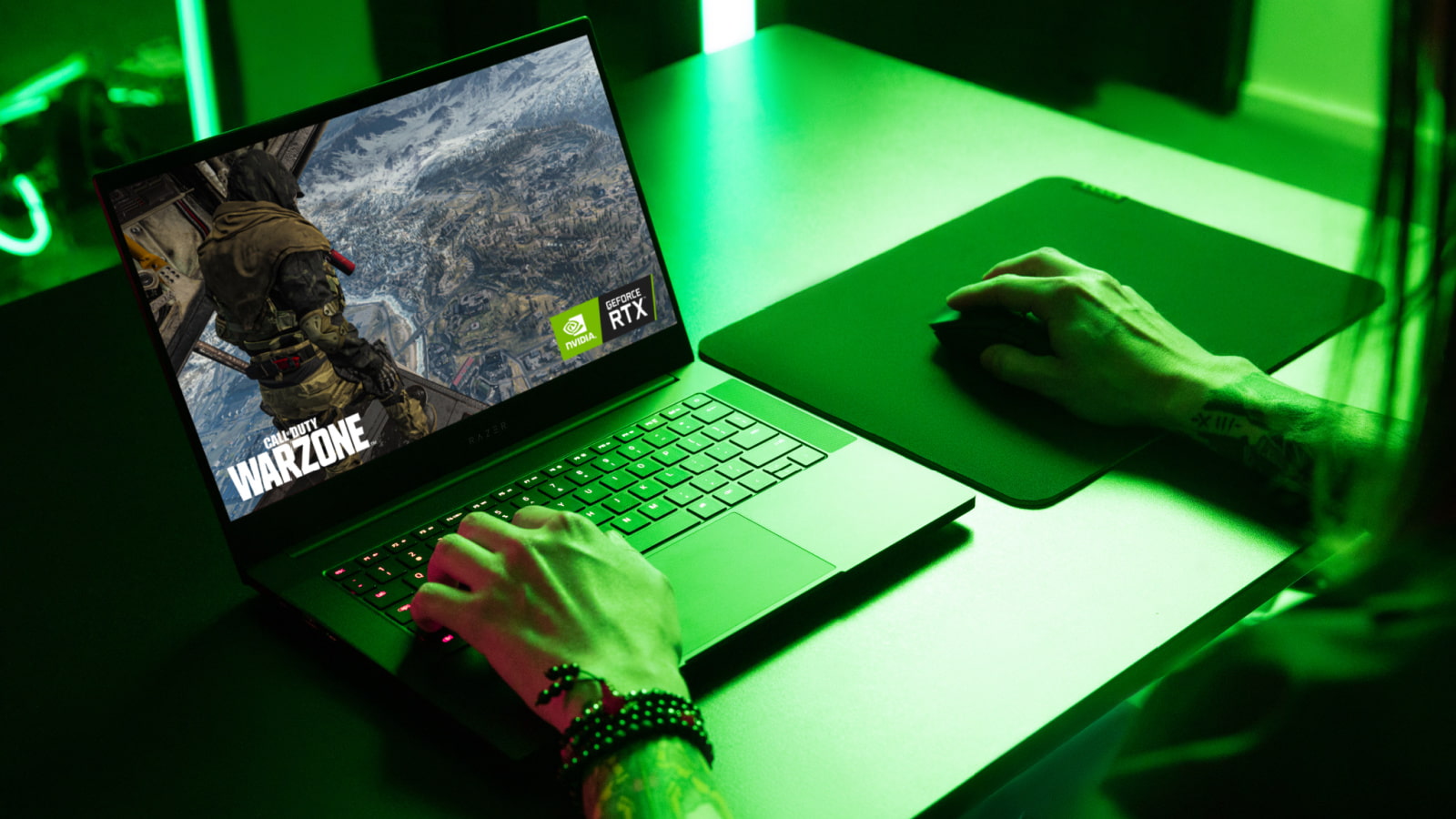 The Razer Blade 14 is the newest kid on the block from Razer and unless you really want to go for the big boy with the Blade Pro, skip the Blade 15 Advanced altogether, and go for this instead.

The slightly smaller form factor makes it more portable while still retaining enough size for the display to game on comfortably. On top of that, it comes with NVIDIA’s latest 30 series GPUs. And you can get it with a 3060, 3070, or 3080 option. So you’re really not losing anything when it comes to graphical power from the GPU.

It’s also got options for Full HD and Quad HD resolution displays, as well as 144Hz and 165Hz refresh rates. Plus, you get 16GB of RAM and a 1TB SSD for storage. Cost-wise, you’re even looking at a lower price. As the most expensive model of the Blade 14 is $2,799. Whereas the most expensive model of the Blade 15 Advanced is $3,399. Although, that does come with 32GB of RAM instead of 16GB. 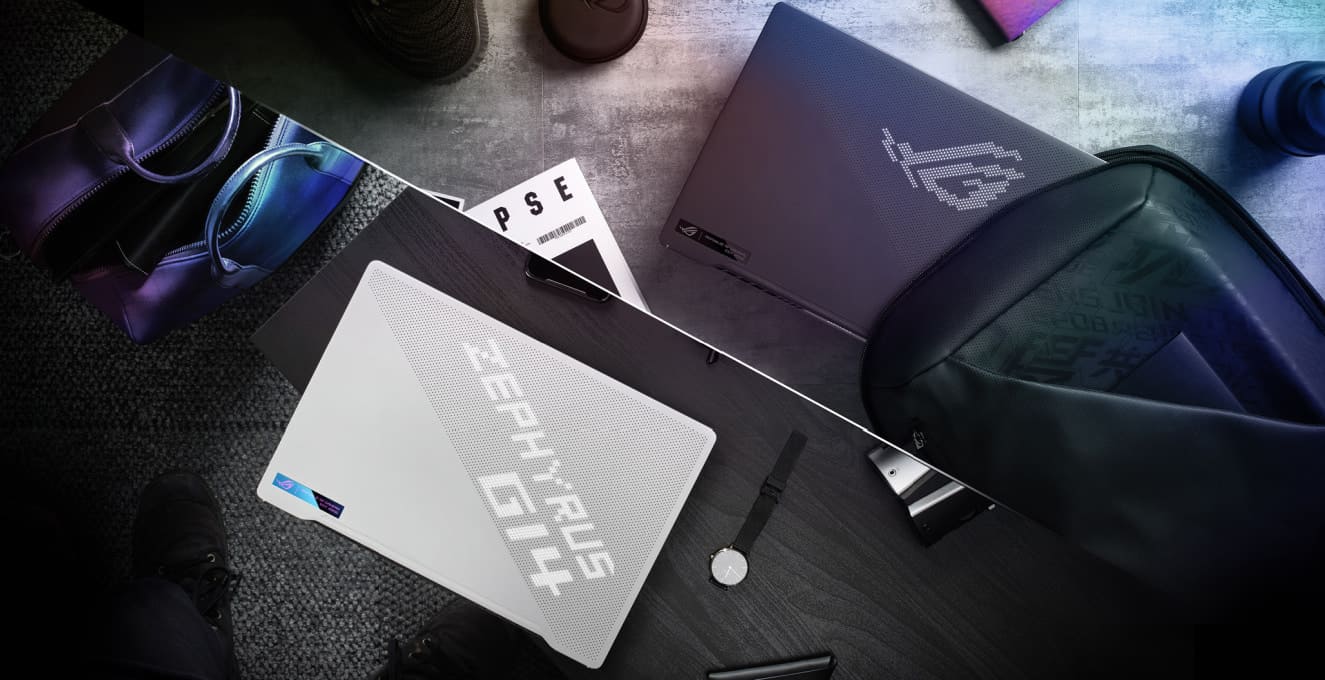 You can still snag a gaming laptop with the 30 series GPUs from NVIDIA and save a couple hundred bucks in the process. Simply go with the latest model of the ROG Zephyrus G14 laptop from ASUS.

Now ASUS sells quite a few different configurations of this laptop. Including models with the GeForce GTX 1650 Ti and RTX 20 series. Although the one we’re recommending here comes with the RTX 3060. The laptop also features a 14-inch screen size with various resolution options, 16GB of RAM, a 1TB SSD and a Ryzen 9 5900HS 8-Core CPU.

It also features the really cool AniME Matrix lighting on the lid which you can customize with designs. It comes in white or black, and offers up to 12.5 hours of video playback. Though, don’t expect to get that much battery life when gaming. 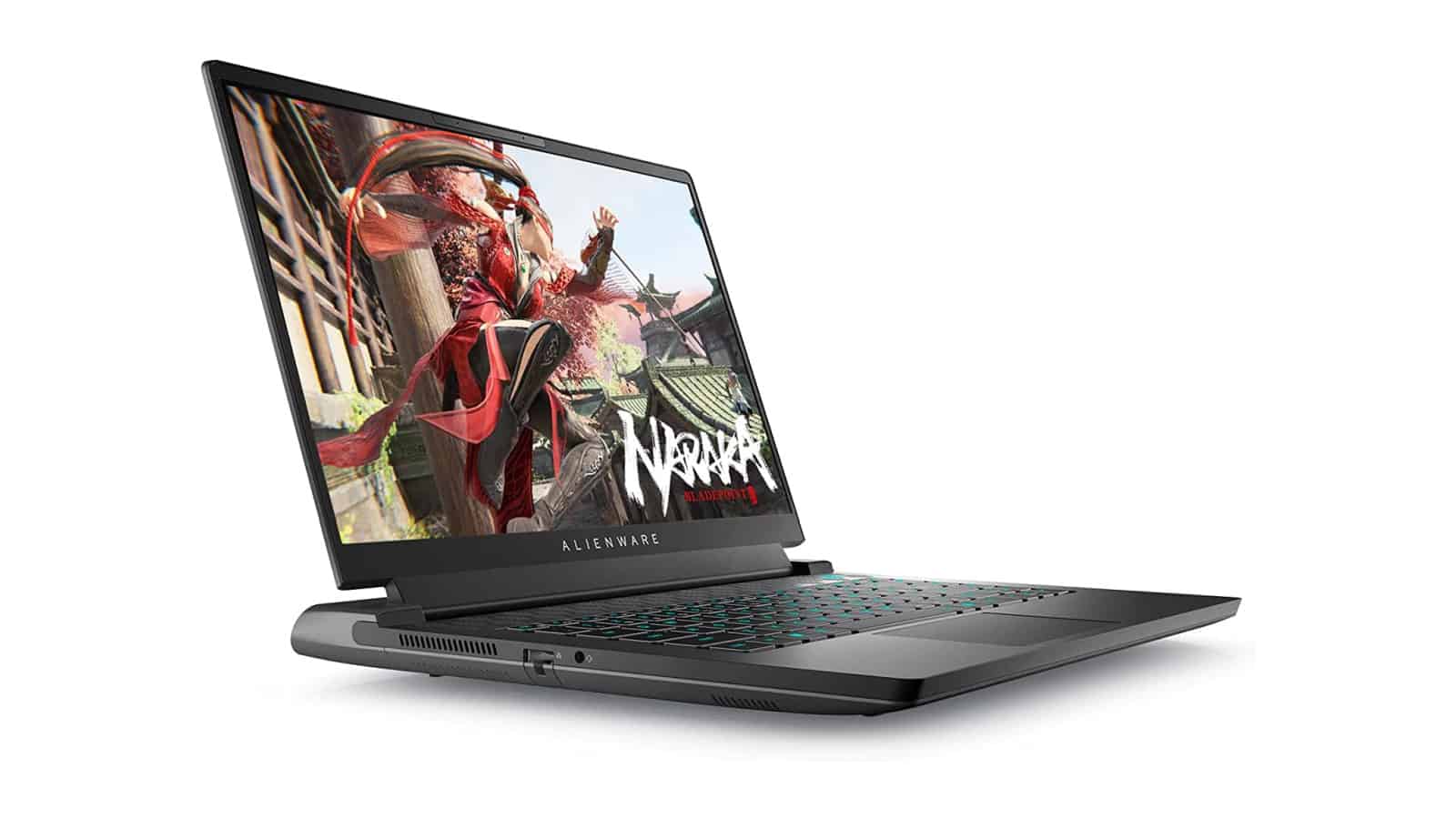 Alienware’s laptops may not be the slimmest gaming laptops out there, but they’ve sized down quite a bit over the years. The latest version of the m15 R7 comes with NVIDIA’s latest GPU series, and you can pick one of these up starting with an RTX 3060 GPU. Though the one we have linked here is the one with the RTX 3070 Ti, and the one we’d recommend.

It also comes with 15.6-inch FHD display, though you can get one with a higher resolution if you want. This particular model also comes with 16GB of RAM, and a 240Hz refresh rate panel. So you’re bound to have more frames per second for the games you play.

Alienware is at its absolute best with this new series of laptops. And they retain important features like a multitude of ports. Including ethernet and a 3.5mm audio port for wired headsets.

Putting aside the jokes about Alienware being overpriced, this is a solid gaming laptop that while costly, is going to perform very well if you don’t mind spending the money. 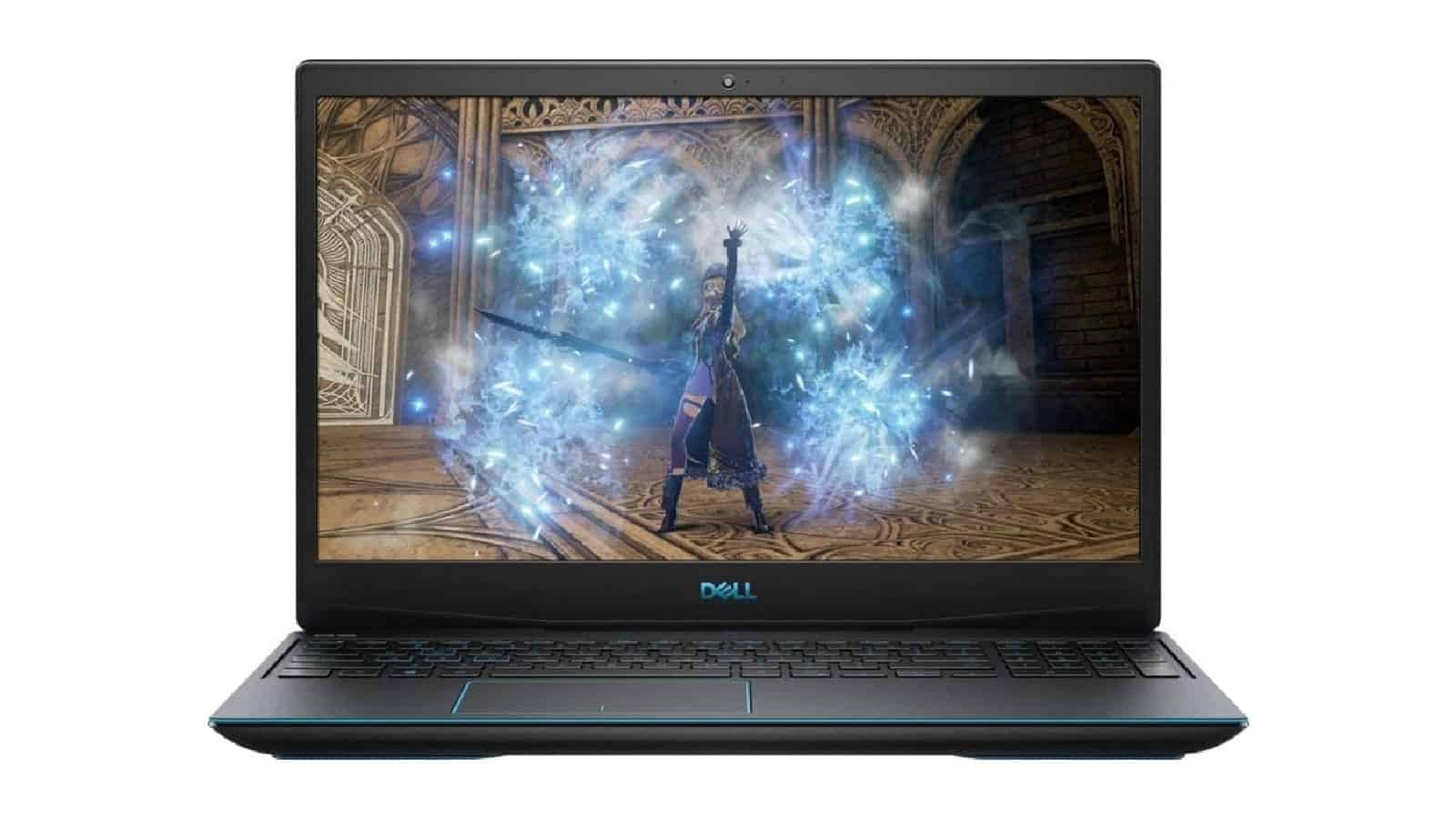 If you don’t need the cream of the crop in terms of gaming laptops, you can’t go wrong with the Dell G3 15. It comes with a GeForce GTX 1650 Ti GPU and 8GB of RAM, along with a 10th Gen Core i5 CPU from Intel.

So you won’t be running your games at max settings with this laptop. But you also aren’t spending nearly as much as some of the other options on here. At just under $750, this is a pretty good deal for something that will let you play games on the go.

If you don’t want to make compromises on your graphics or frame rate, then you’ll need to spend more money on a gaming laptop. But this is a great option for the budget shopper looking for something that just gets the job done.

This model also features a Full HD display with a 120Hz panel. You get 256GB of SSD storage, and a backlit keyboard so it has a little more of that gamer feel. But more importantly so you can see the keys in darker rooms. Should you be up at all hours of the night playing games. 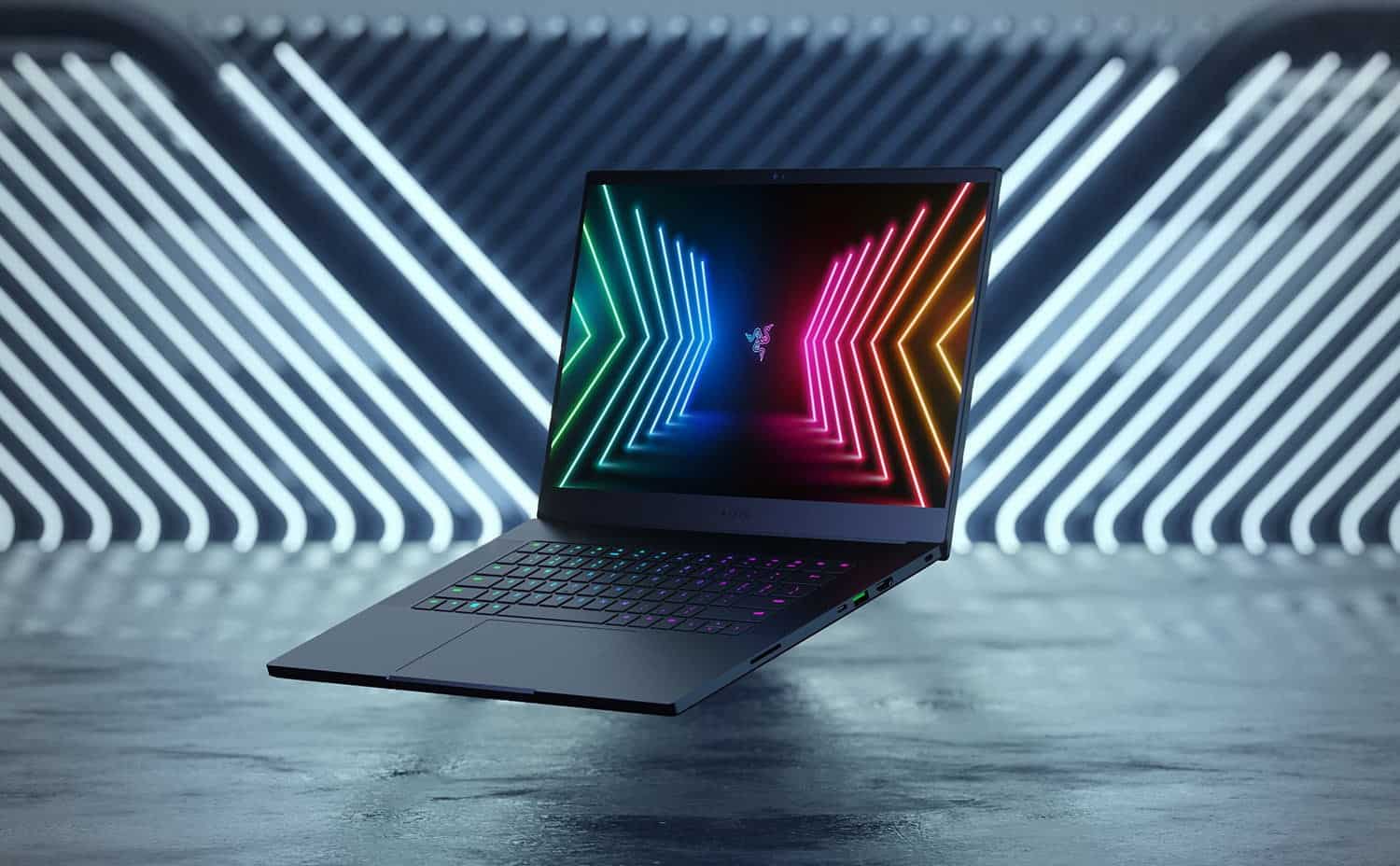 Coming back around to Razer, the next laptop from the company is the Advanced model, which is a lot like the Base model but with some more powerful specs. It comes in both RTX 3070 and RTX 3080 versions, with up to 1TB of SSD storage, up to 32GB of RAM, and HD or QHD displays with either 240Hz or 360Hz refresh rates. This particular model is the latest one and comes with a 3070 Ti, and it ships February 22 so as of right now Razer is only accepting pre-orders. You can however get it with the 3080 Ti as well.

The battery can keep this thing going for up to 7 hours, but that might vary for you when gaming as opposed to general use. It also has THX Spatial Audio and weighs under 4.5 lbs. 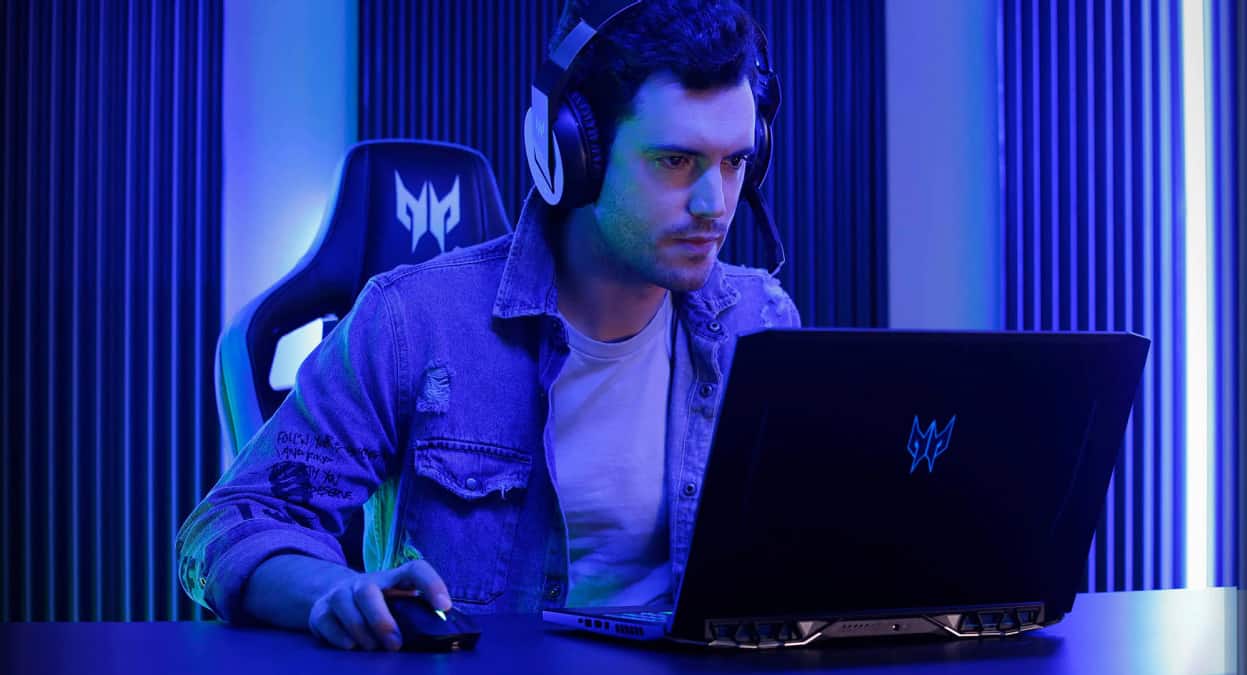 Looking to spend a little bit less? The Predator Helios 300 from Acer is a decent compromise. It’s almost $1k less than the MSI GS55 Stealth and it even comes with an NVIDIA RTX 3060 GPU. That also pairs with 16GB of RAM.

So you definitely won’t have problems running many games at very high settings. This won’t be the thinnest or lightest gaming laptop on this list. But when you can pick up a 30 series GPU laptop for this low of a price that’s a compromise that’s probably worth considering.

Aside from the GPU this laptop delivers a 144Hz panel with an Intel Core i7 CPU, WiFi 6 support, up to 512GB of SSD storage space, and it should still weigh under 5 lbs. so it won’t be extremely heavy to carry in a backpack.

You get loads of ports for plugging in anything you might need, and there’s even this cool feature called PredatorSense that lets you control things like fan speed, lighting, game profiles and more. It has a dedicated button to bring up the tool too. Which we found to be a rather useful addition to the laptop. 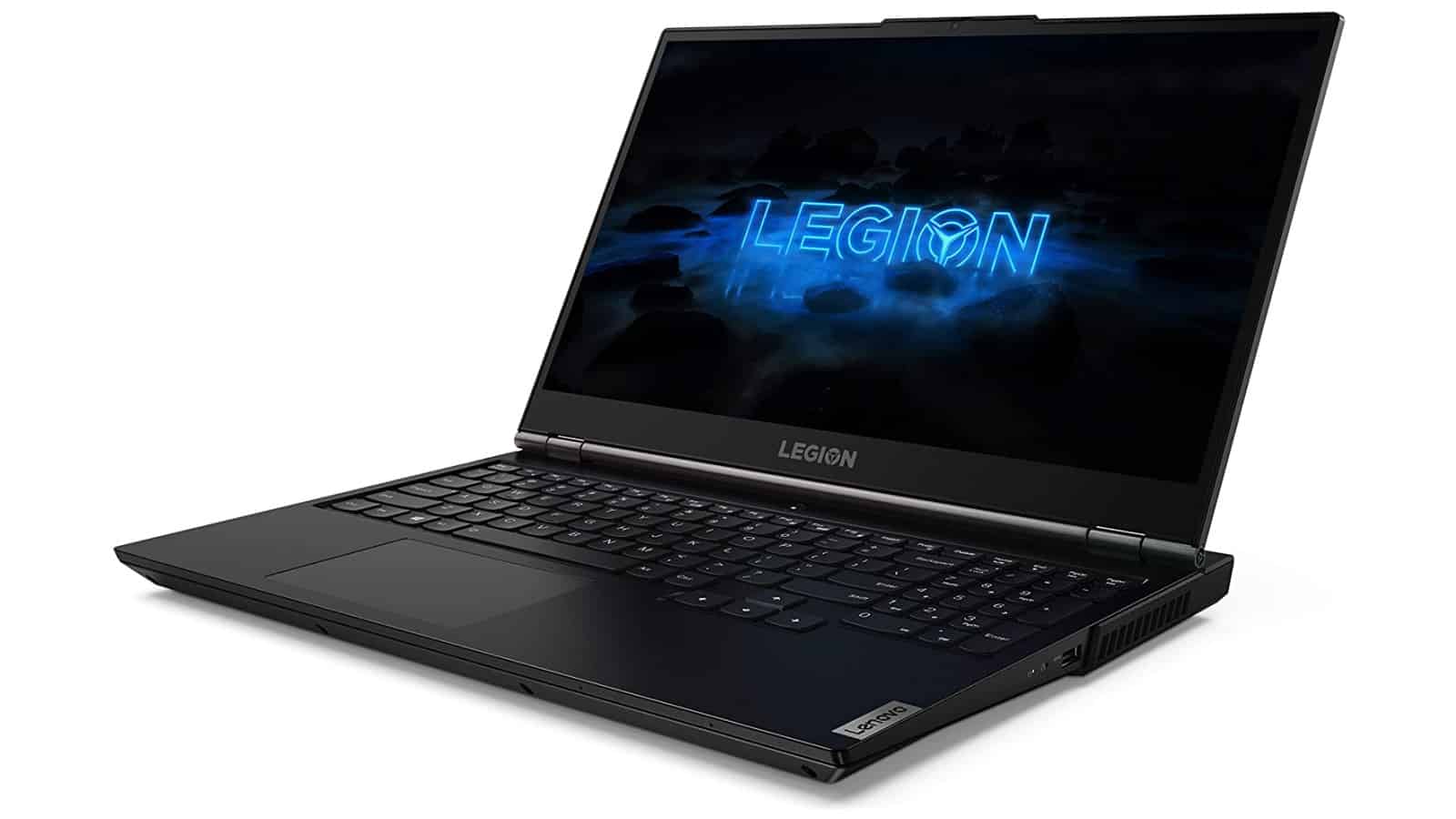 You might be surprised to know that Lenovo makes a series of gaming laptops that falls under its Legion branding. And the Lenovo Legion 5 is one of the better options. This particular model comes with the RTX 3070 GPU so it’s running the 30 series. Which means you’ll get some ripping fast speeds and awesome performance. It’s also running with a Ryzen 7-5800H CPU and 16GB of RAM.

This version of the laptop still performs extremely well and offers a 1TB SSD, a 15.6-inch QHD 165Hz display, and many other great features. You can also get this laptop in other configurations with more storage space through larger SSDs, as well as more RAM.

Weight-wise this is a little on the heavier side at close to 6 lbs. but that’s still relatively lightweight when you think about what all gaming laptops used to be like years ago. 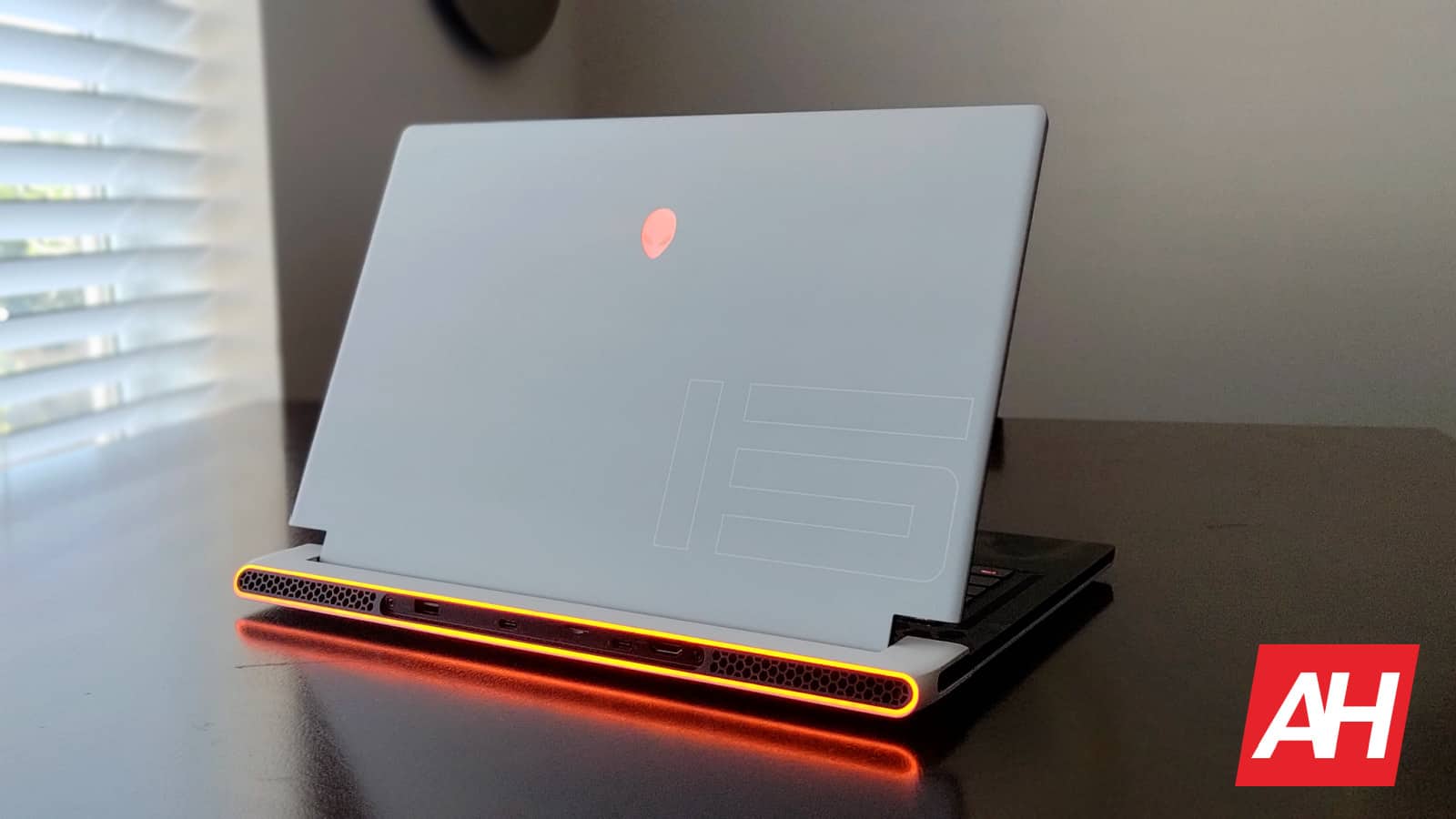 Alienware’s X15 R2 gaming laptops is the latest and greatest from the brand in the 15-inch space, and it offers significant improvements over the previous model that are well worth a look. First, it comes with an RTX 3070 Ti GPU or an RTX 3080 Ti GPU, and can have multiple configurations of storage. Including up to 4TB. It also features an Intel 12th Gen Core i7-12700H or Core i9-12900H CPU.

Alienware has also improved the cooling so the laptop doesn’t get to as high of temperatures on the R1. So it’ll perform better for longer. You can get it with an FHD screen at either 165Hz or 360Hz, or you can up the resolution to QHD with a 240Hz display. All models are non-touch enabled. Which should be just fine since you don’t want fingerprints and smudges all over your display anyways.

For a 15-inch laptop it’s a bit weighty and slightly larger than your standard 15-inch laptop. But that’s more than worth the tradeoff for the power and performance you get here. 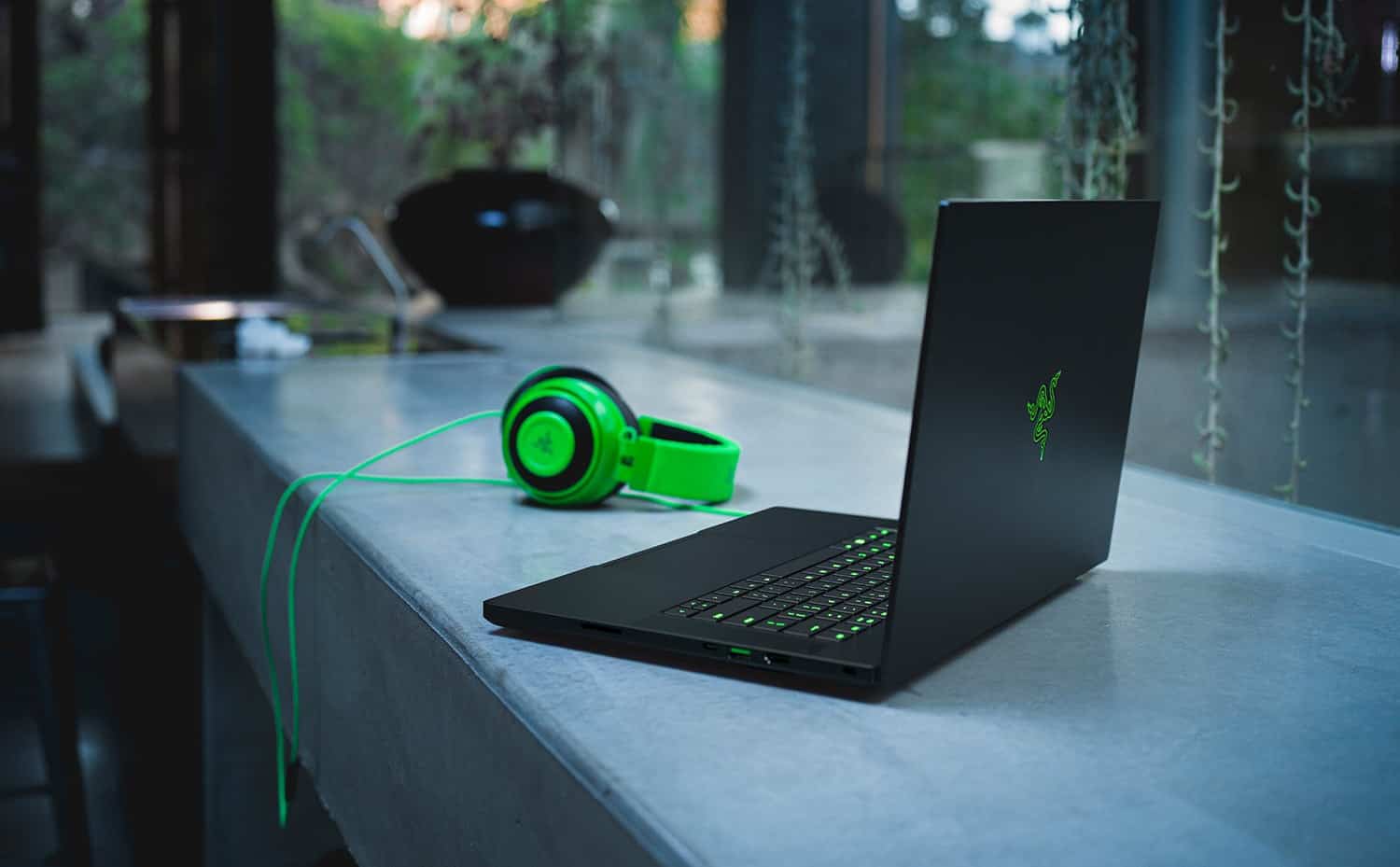 Rounding out this list is the Razer Blade 17, which for many is going to be the best of the best in terms of specs and overall performance. It comes with the same slim and sleek design as the Blade 15 models, and with the option of up to an NVIDIA RTX 3080 Ti GPU plus large SSD storage drives, RAM, and longer battery life.

You also get the larger 17.3-inch display, with options for various resolutions including Full HD and Quad HD. There’s even a 4K model, though this one comes with the 120Hz panel compared to the 360Hz panel on the other configurations.

And surprisingly, it’s fairly competitively priced with Razer’s Blade 15. So you really aren’t spending a whole lot more to get the bigger screen and the 3080 Ti GPU. It does of course weigh more, coming in at over 6 lbs. So as long as you’re ok with the heavier weight, then this is a beast of a gaming laptop that will allow for some amazing gaming experiences.