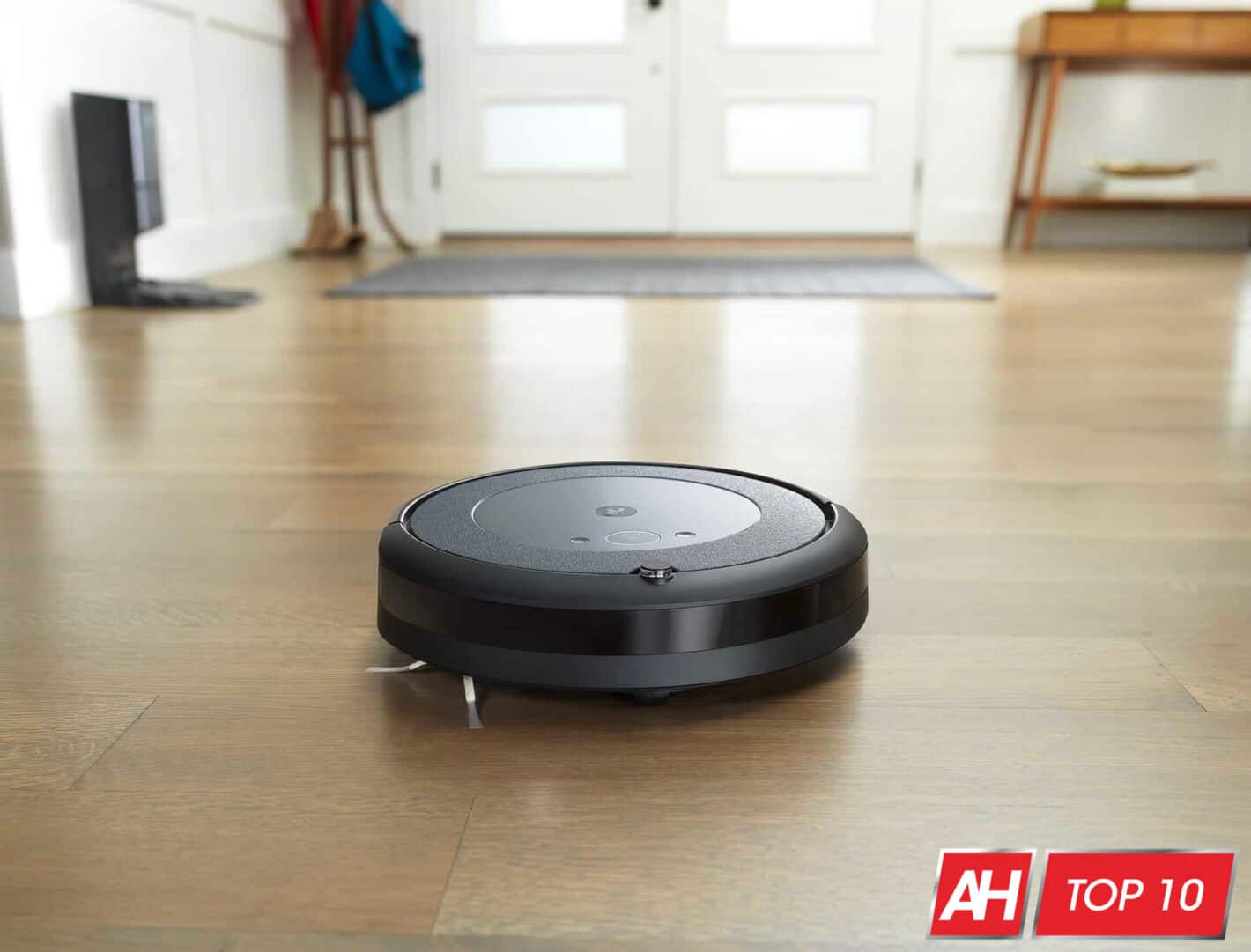 iRobot, or rather Roomba, has become synonymous with robot vacuums. Similar to searching and Googling, or Galaxy and Android. iRobot was really one of the first companies to start putting out robot vacuums, and it has some of the best robot vacuums on the market.

All of the iRobot Roomba robot vacuums on this best of list offer support for the iRobot HOME app which is available on Android and iOS. With this app, you have the ability to schedule cleanings, tell the Roomba when (and where) to clean. As well as see where it has cleaned in your home.

Additionally, these all work with Amazon Alexa, Google Assistant and Siri/Homekit. Allowing you to use your voice to control all of these robot vacuums. Which is a really nice addition here. 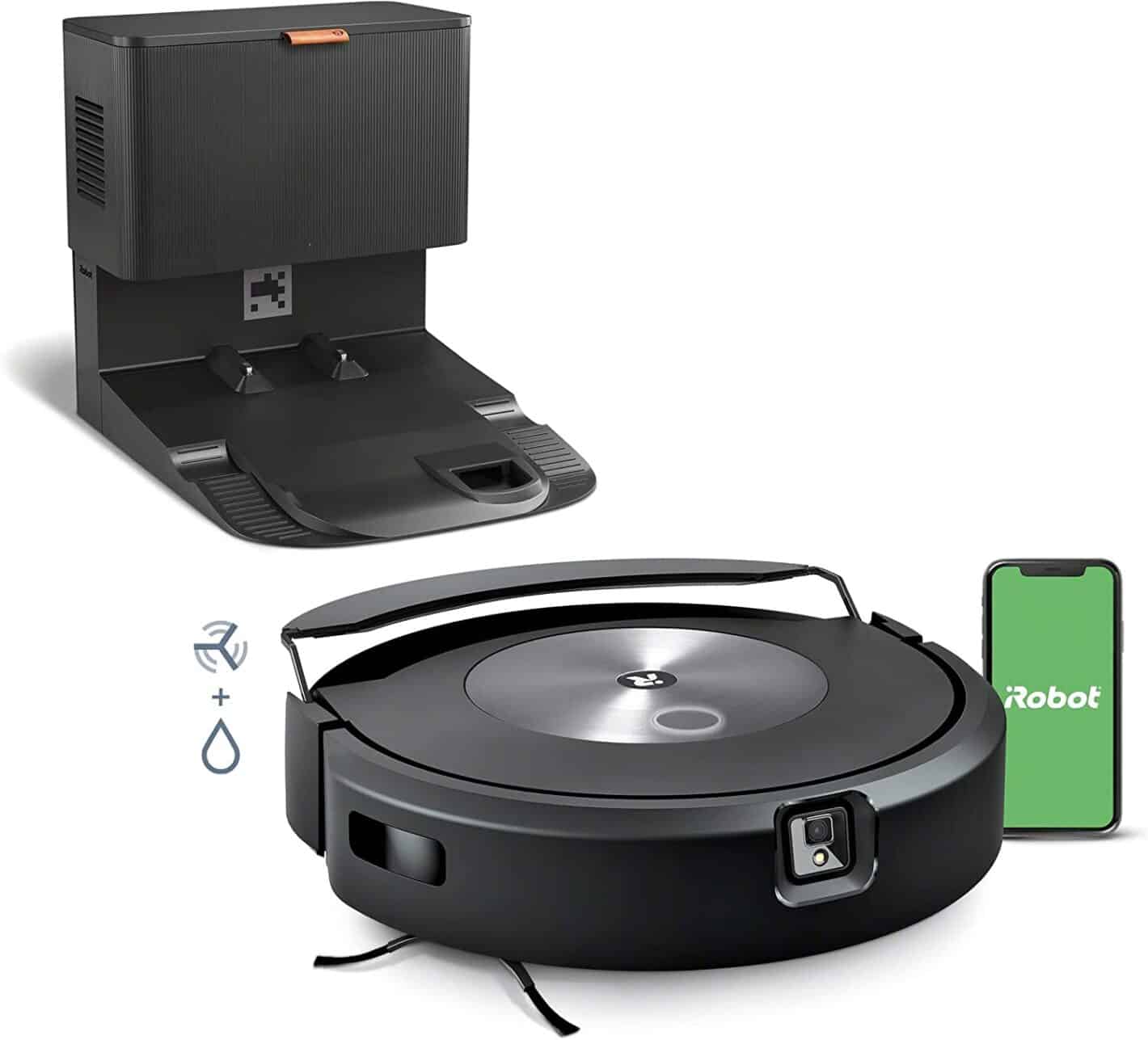 The Roomba Combo j7+ is the company’s first robot vacuum that also has a mop built-in. Typically, iRobot would make a mop that was separate. But not this time around. This is based off of the j7+ that is listed below, but now with mopping.

What iRobot did here was create a dustbin that was also a water tank. The water tank looks rather small, but it’s actually not that small. Just be careful to fill the right section with water – there are instructions. Now with the mop, iRobot will lift up the entire mop over the robot vacuum, so that your carpet won’t get wet. That’s a really cool way to solve this problem. And also explains why this is so much more expensive than the j7+. 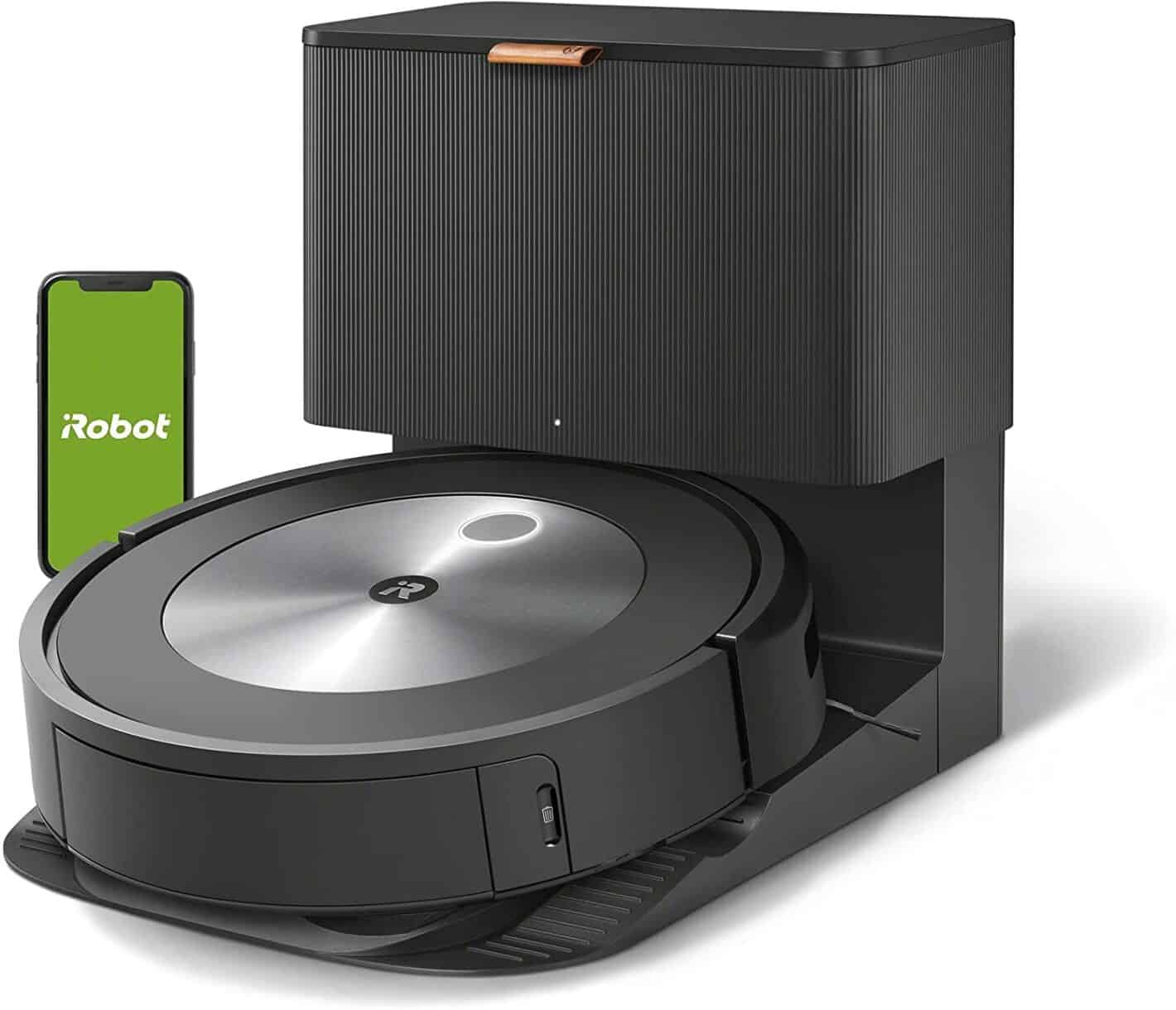 The Roomba j7+ is the latest self-emptying robot vacuum from iRobot, but this one hits a bit different. This one features a camera that is able to identify objects and avoid them around your home. That includes avoiding pet waste – which was a pretty big problem for Roombas in the past.

Of course, with the plus model you also get the self-emptying dock, which can hold dirt and dust for around 60 days. So you can have it run around your home every day and then not worry about emptying it when it’s done. 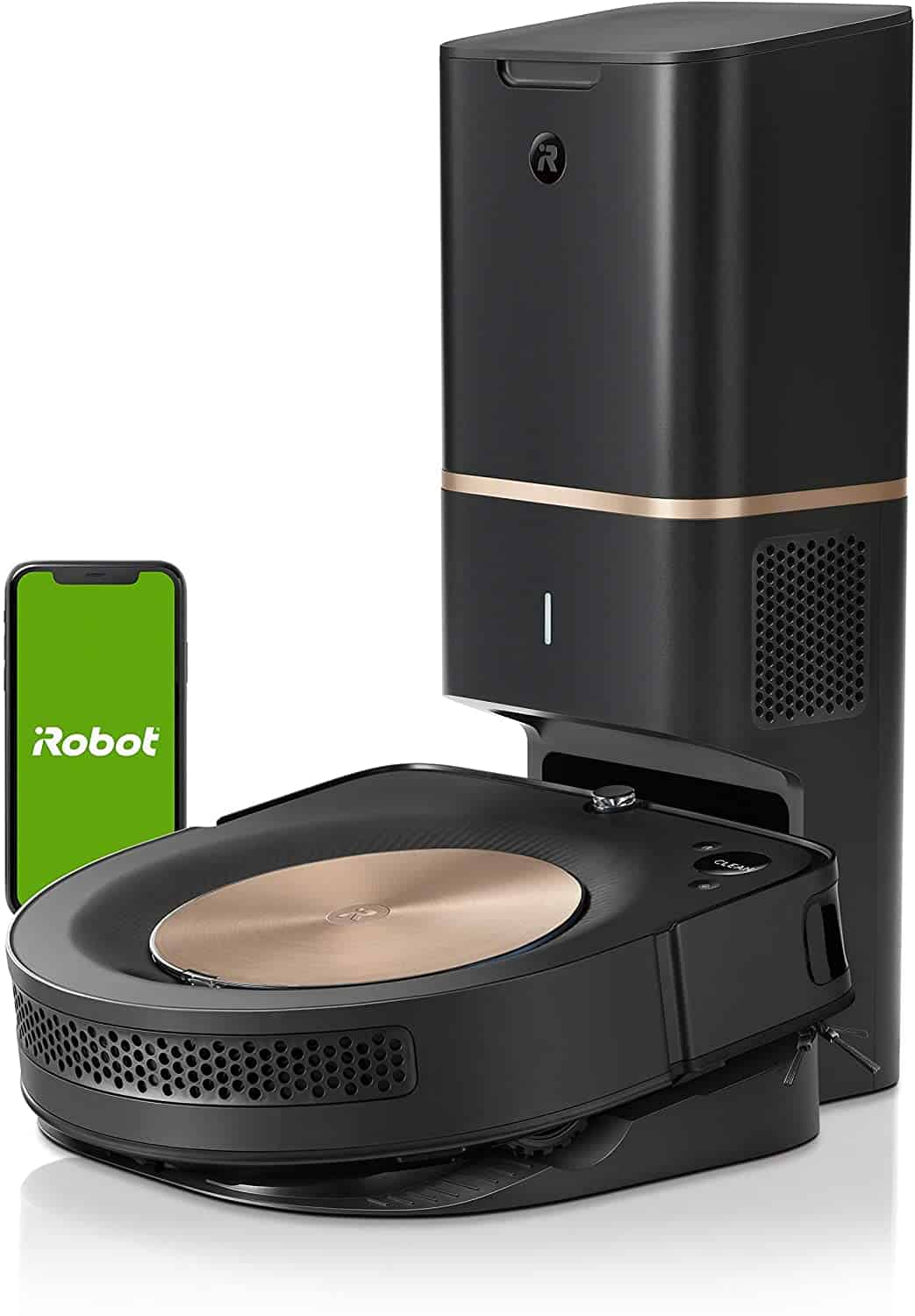 The Roomba S9+ is perhaps the best Roomba you can buy right now. This vacuum from iRobot does a really good job at cleaning up pet hair, dust, dirt and more. It also has 40x the suction power, compared to the competition. So it won’t leave anything behind, and that’s always great to see.

With the new D-shaped body, and an enhanced brush design, you’re going to get a really clean house. The S9+ is also able to go back and pick up anything that it might have left behind.

What really makes the Roomba S9+ impressive, and on this list of the best iRobot robot vacuums, is the fact that it can empty itself. This is one of three self-emptying Roomba robot vacuums on the market. When it is docked, it will automatically empty itself into the base. And after a month, just empty the base and you’re all set. It’s that simple, and definitely a life-saver.

There is a Roomba S9 and S9+. The only difference is that the S9+ comes with the self-emptying base, while the regular S9 does not. 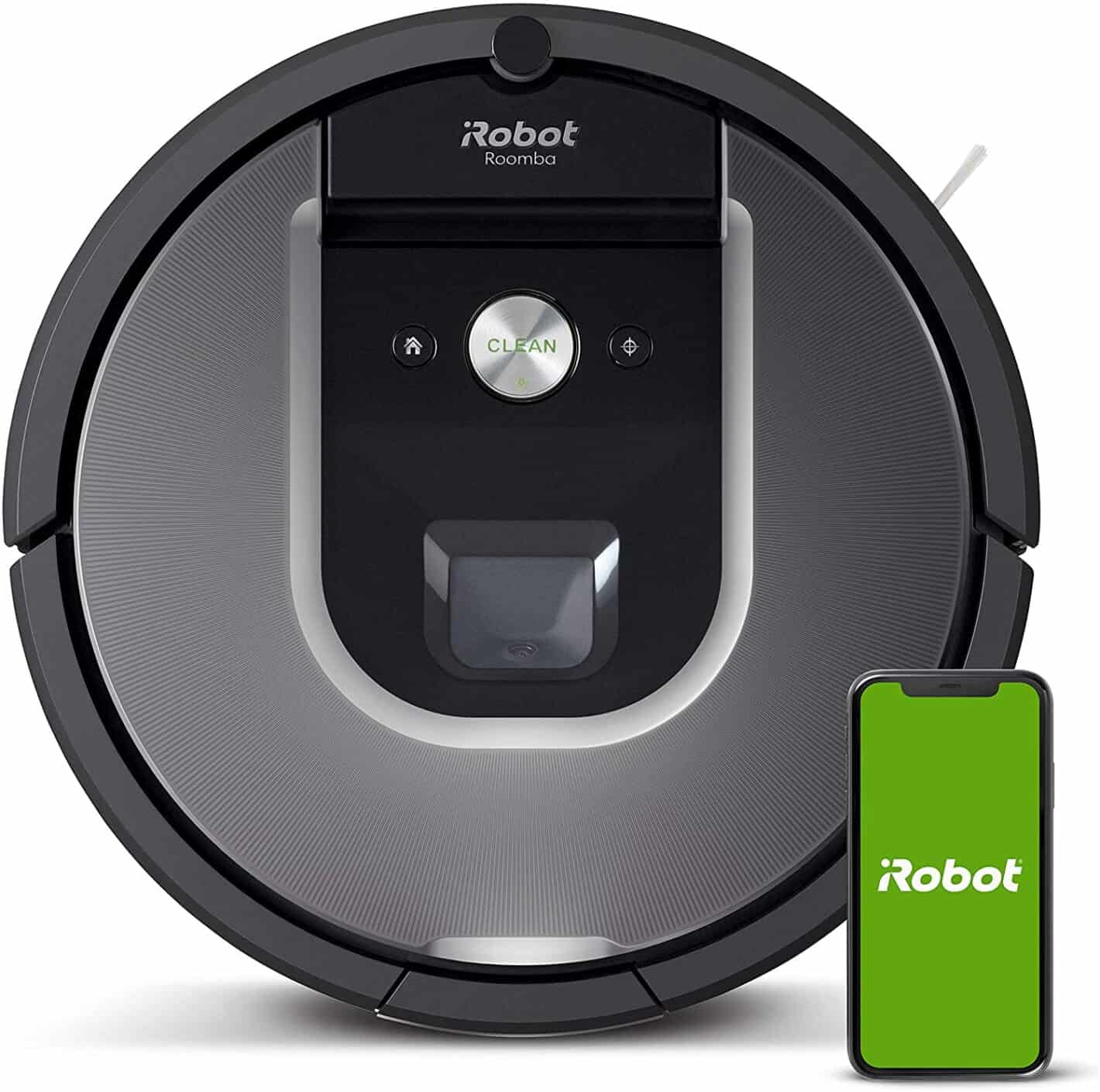 The Roomba 960 is a really great value from iRobot. While it’s not the best iRobot vacuum out there, it does hit the sweet spot of offering some great suction, great features at a lower price. This comes in at around $500 or less normally.

It doe still sport the three-stage suction and brush system that iRobot has become very popular for. It is equipped with rubber brushes that work well on both hard floors and low carpets. This also works with the filter that will trap 99% of dust and allergens. It’s not a HEPA filter, but it is very close. And you can easily wash this one out every so often.

Roomba 960 can run for around 75 minutes on a charge. If it does not finish cleaning your home before it runs low on battery, it’ll return to the dock and charge. Once it is fully charged, it will then finish cleaning up. 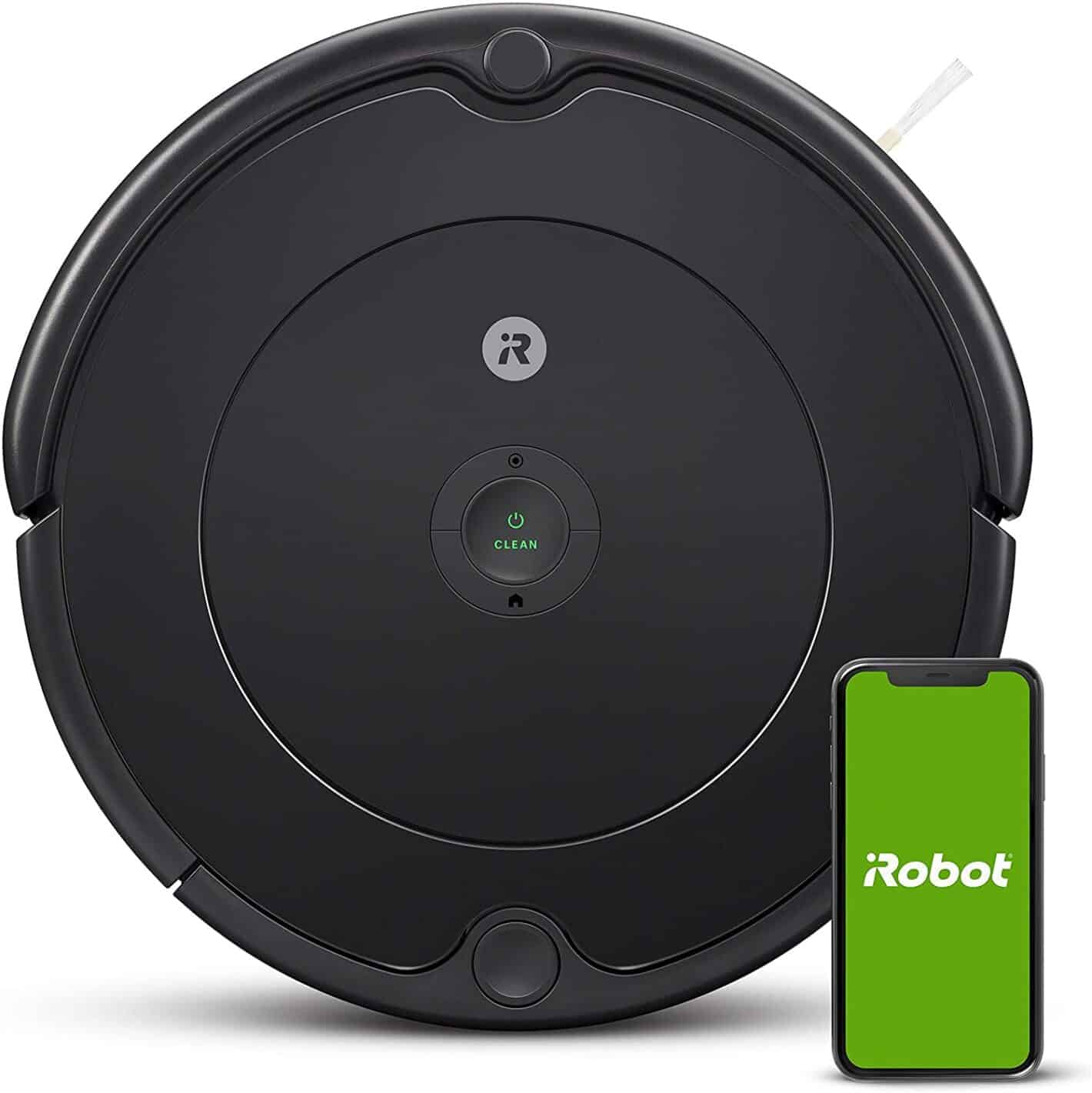 The Roomba 692 is perhaps the most bare-bones robot vacuum on this list of the best iRobot vacuums. It’s also one of the newest ones. But the Roomba 692 comes in at under $300, and does ditch some of the popular features of other Roombas, however it does keep the impressive cleaning ability.

This includes the three-stage cleaning system, so it won’t miss anything on your floors, and it also has the adaptive navigation. Which means that it is going to map out your entire home, so it can easily do some spot cleaning as well as cleaning rooms more accurately.

Roomba 692 has a pretty decent battery that will last around 90 minutes on a single charge. 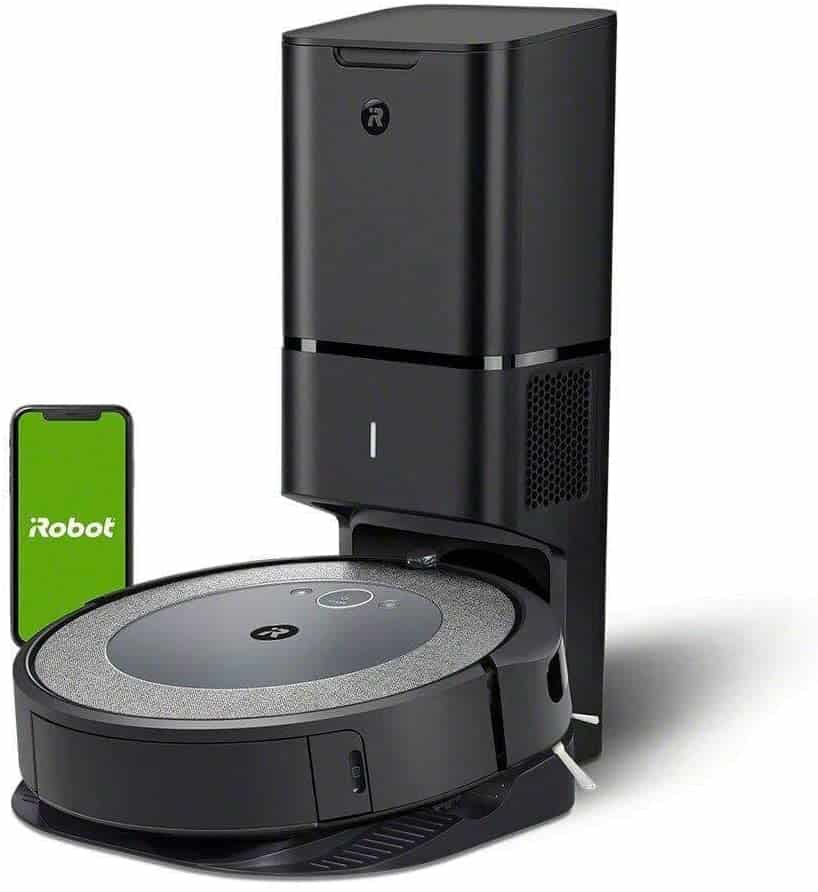 Robot vacuums that can empty their own dust bins, is one of the newer features that we are starting to see on robot vacuums these days. It’s a really cool feature, because you don’t need to worry about forgetting to empty it, or spilling it on the ground after it has cleaned up. iRobot was first to do this, and now it’s bringing it to even cheaper models. The Roomba i3+ was announced in September 2020, making it the newest iRobot Roomba available.

With the new Roomba i3+, you get the ability to self-empty the dustbin. But you also get improved cleaning with the longer brushes and better suction.

Even though there is no LiDAR module on the top of the i3+, there is still connected mapping, as well as Amazon Alexa and Google Assistant available.

Similar to the S9 series, the i3 series comes in two models. With one offering up the self-emptying base the and the other without it – at a much cheaper price tag. 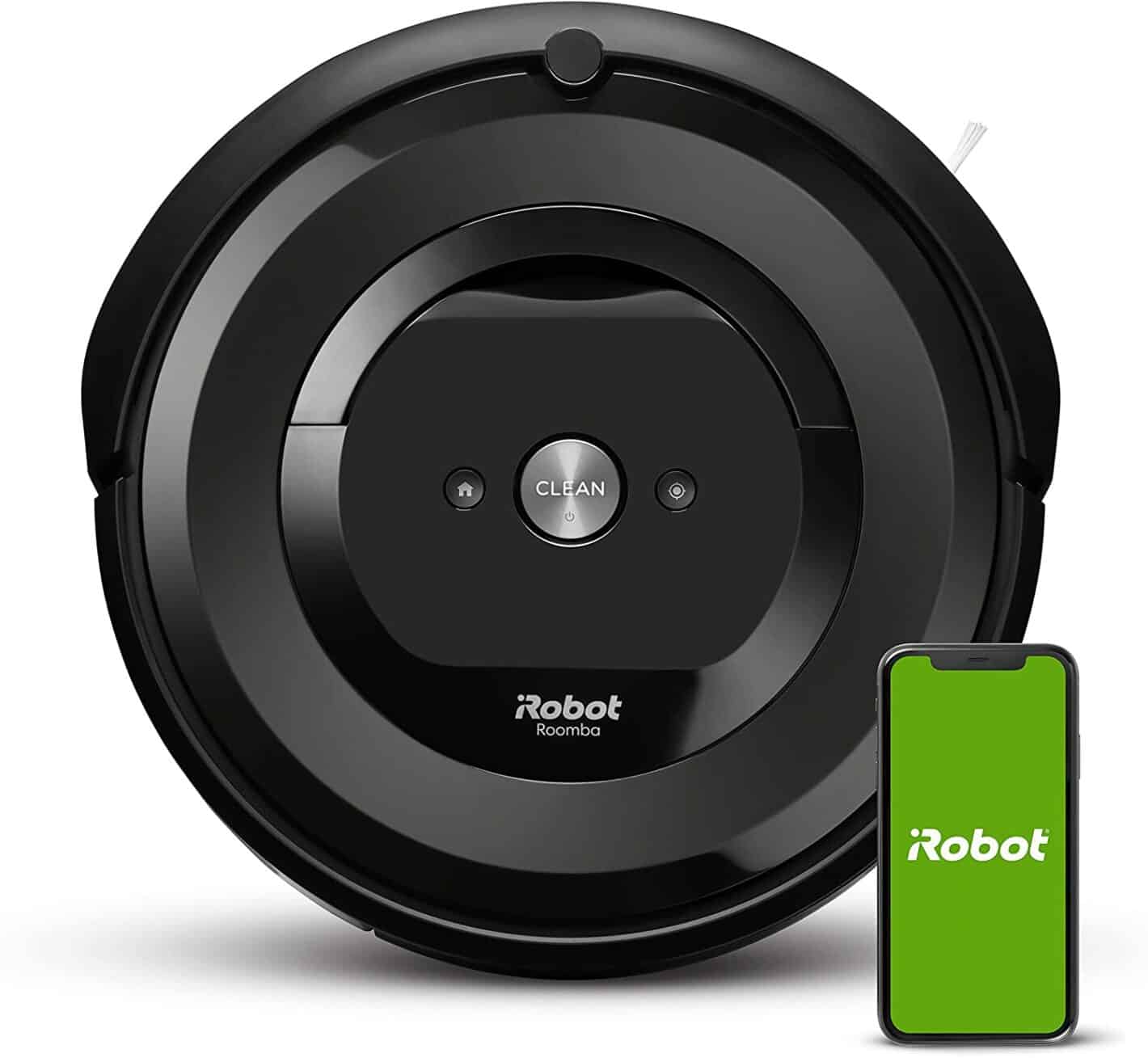 iRobot has a couple of robot vacuums on this best list that are under $300, and here’s another one. The iRobot Roomba e5. This is a really great robot vacuum that is routinely priced around $299.

It has most of the innovative Roomba features that you’d expect. Coming with plenty of sensors for the adaptive navigation, as well as the three-stage cleaning system. And it even has WiFi support for the iRobot HOME app, as well as Google Assistant and Amazon Alexa.

Additionally, the battery on the iRobot Roomba e5 also lasts for around 90 minutes. Making it very similar to every other robot vacuum on this list. So why should you pick up any of the others, over the Roomba e5? Well the differences mostly come down to the suction and cleaning ability. The Roomba e5 does a really good job, there’s no doubting that. But if you are one that has pets, has high carpets, or even a mostly carpeted home, you may want to get a different Roomba.

The Roomba e5 is really great for those that have mostly hardwood or laminate floors, and no pets. 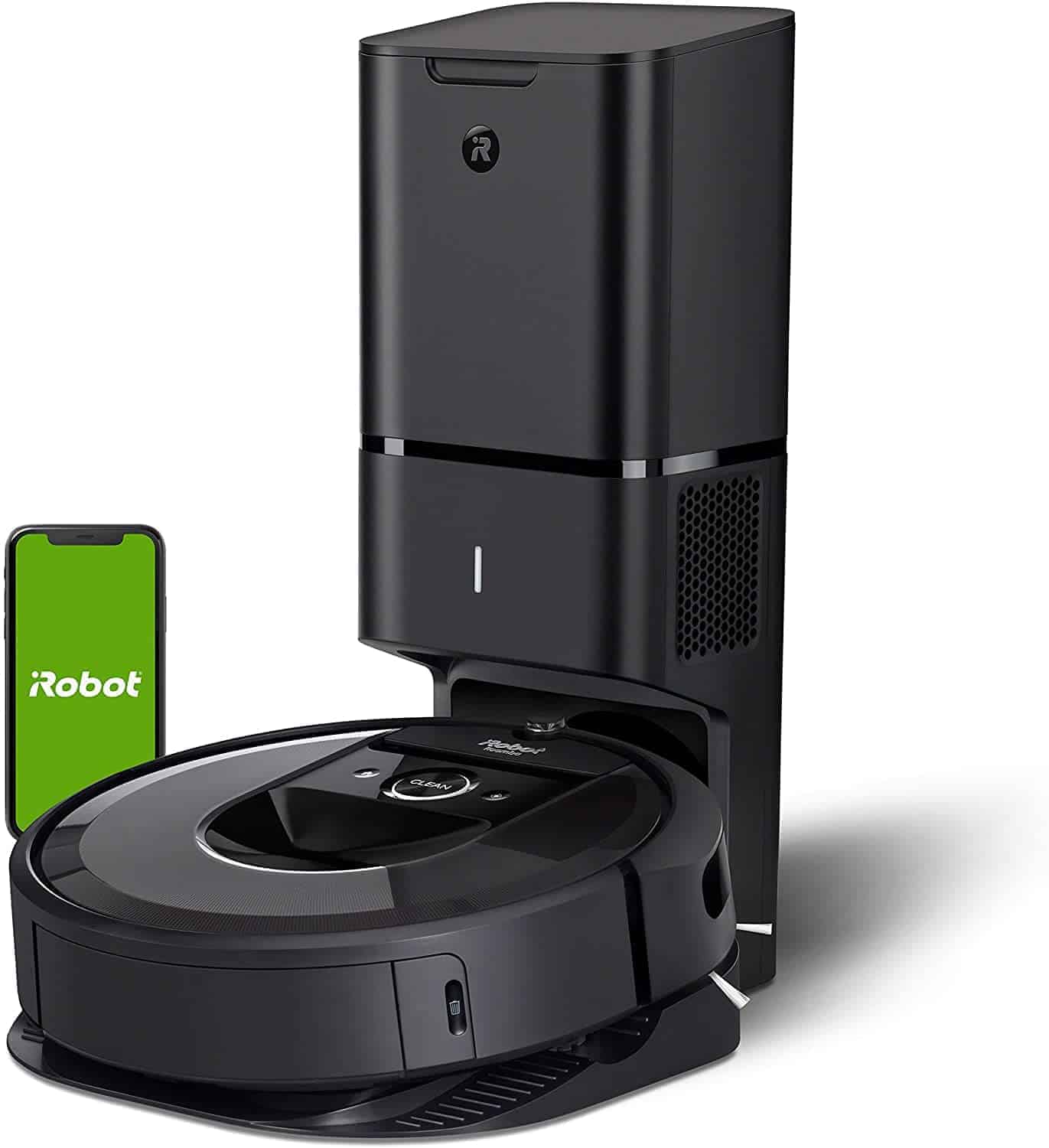 The Roomba i7+ is also a self-emptying robot vacuum, but the reason it is on this list in addition to the i3+, is its better cleaning power. The i7+ is able to clean better than the i3+, thanks to having more suction and better power. So if you mean business and possibly have pets, then this is the one to get.

With the i7+, you still get the ability to map out your home, as well as do a deep cleaning. This also allows for the Roomba i7 to go ahead and clean specific rooms and run back and forth in a room until it is completely cleaned. Unlike some of the cheaper robot vacuums on the market, that run in a random pattern, hoping it got everywhere in your home cleaned.

There is the Roomba i7 and the i7+. The only difference between the two is the self-emptying bin, which does normally cost you another $200. For some, that might be worth the $200, but for others, not so much. 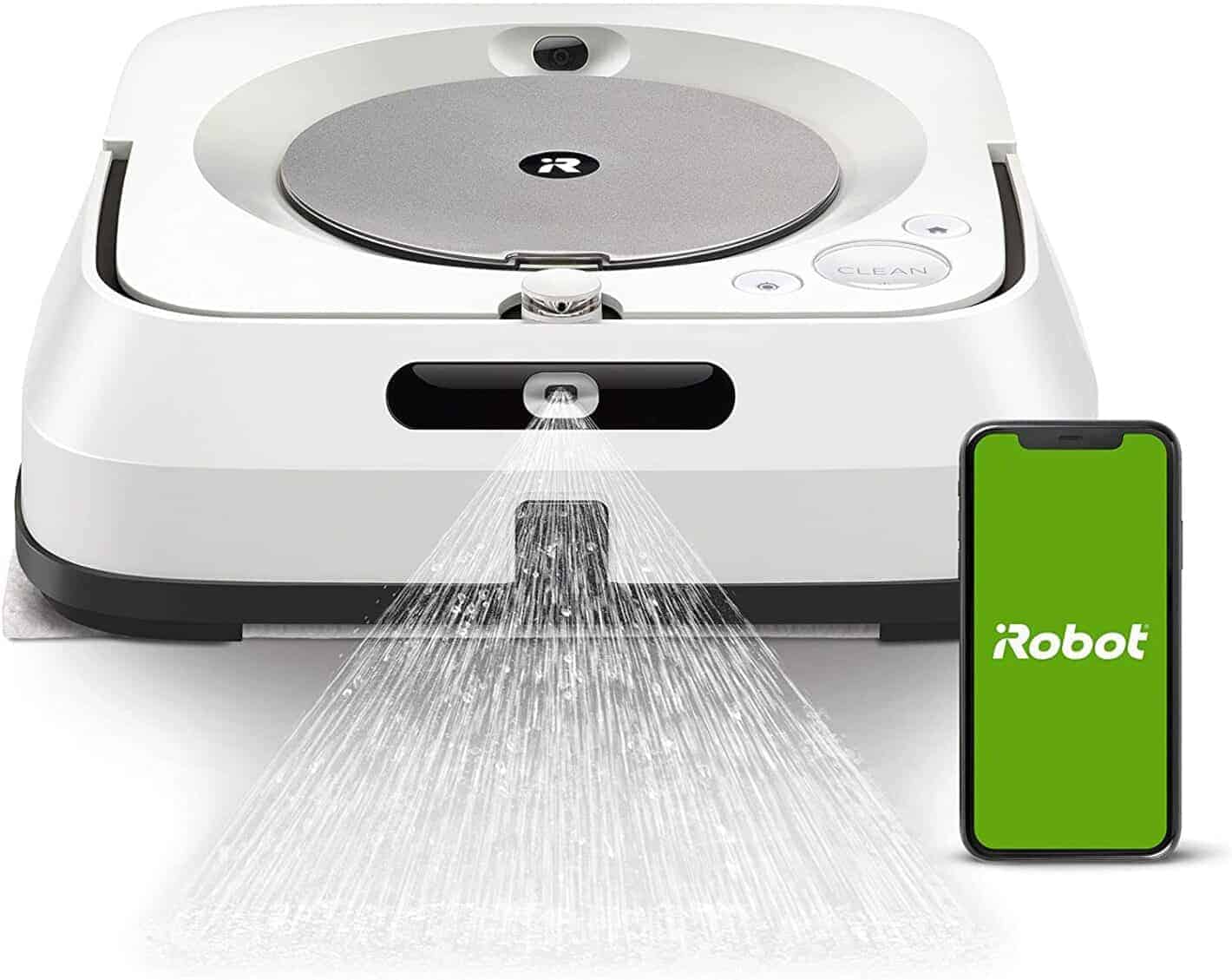 Technically, this is not a robot vacuum. But we’d thought we would include it since a lot of the mopping on other robot vacuums that include it, just isn’t good. But with the Braava Jet M6, it is really good. You can often times bundle this with another Roomba robot vacuum at a pretty good price, so that is worth checking out.

The Braava Jet M6 on the other hand, is pretty incredible. It has a precision jet spray, which is good for getting up tough grease and other dirt off the floor. It still uses the smart mapping that other iRobot Roomba’s use, so it can run back and forth until it has cleaned the entire house.

Finally, this is really great for open spaces. Obviously, it is not something that a lot of people are going to buy, unless the majority of their house is not carpeted. If just your kitchen and bathroom are not carpet, then it’s not really worth it to buy this.