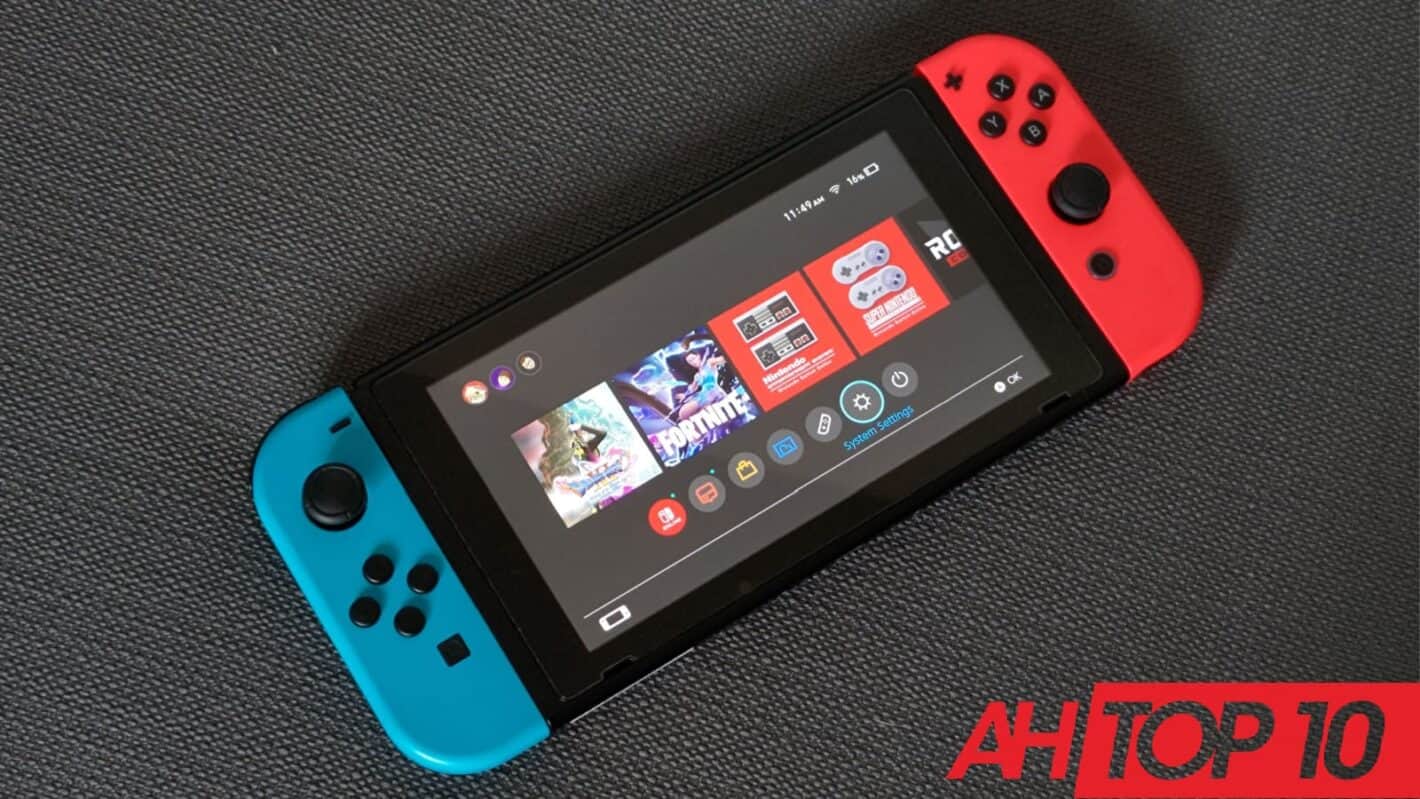 Just like any other console, the Nintendo Switch has a wide range of different controllers options, so we’ve rounded up some of the absolute best controllers we could find that are meant to be used with the particularly popular portable.

However you play games on your Switch, you’ll find a list of great controller options below.

The absolute best controllers for the Nintendo Switch 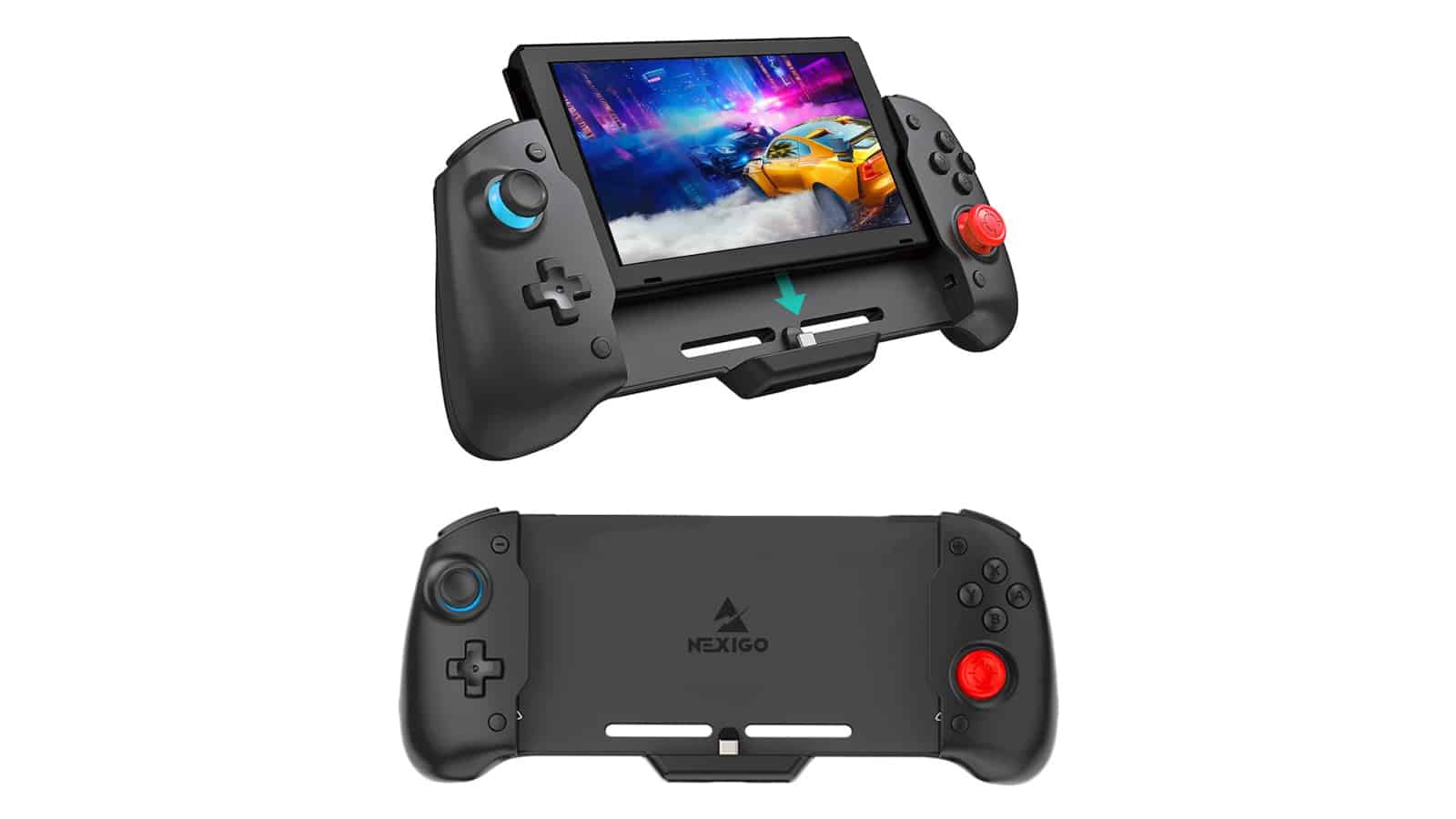 What we like about this controller is it provides an alternative to the Joy-Con for handheld mode, but with a couple of upgrades. It has built-in hand grips that should make the Switch not only more comfortable to hold, but easier to hold. It also allows for plug and play so you don’t lose the ability to charge the Switch while you use it.

There’s also these nifty replaceable joystick caps, so if one of them ever needs to be swapped out, it can be done with very little effort.

Another nice feature that makes it one of the best Switch controllers is the flat part that the Switch sits against when it’s docked into it. This gives the console something to lay against, which makes it feel a tiny bit more sturdy than just having the two Joy-Con controllers connected at either side. Plus, it’s not too bad price-wise. 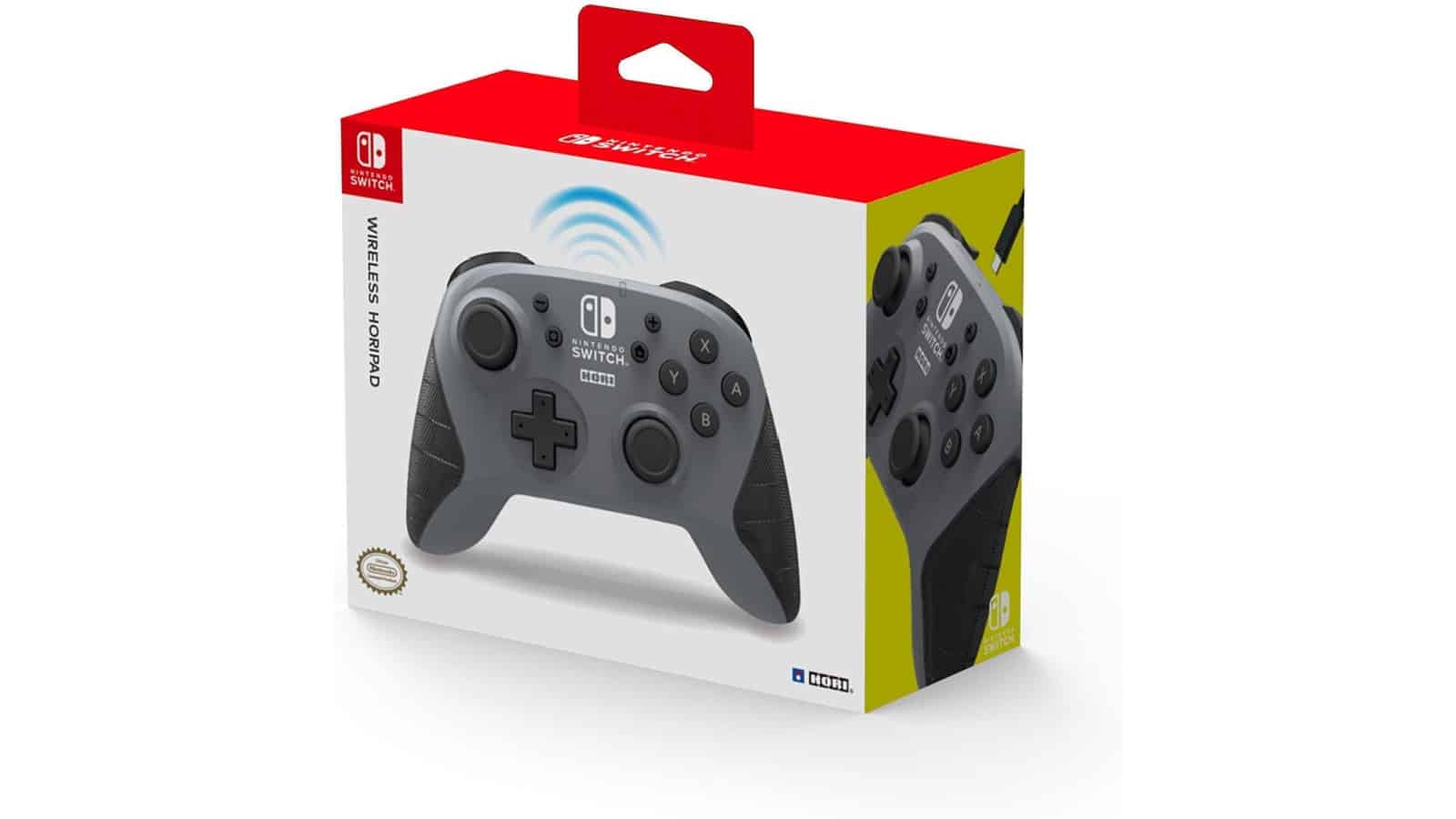 HORI makes game pads for just about every console out there. Including the Nintendo Switch, and this wireless option is one of the best controllers that HORI makes for the platform. We love it because it’s reminiscent of the Switch Pro Controller from Nintendo. But, at a price of more than $20 less.

You get a proper game pad with hand grips, wireless functionality, and slightly more rubberized grip material on the hand grips which the option from Nintendo does come with, but these feel a little nicer. Plus you’re not losing any of the buttons either. It has a battery life of up to 15 hours, a range of up to 32 feet, and it comes in multiple colors. 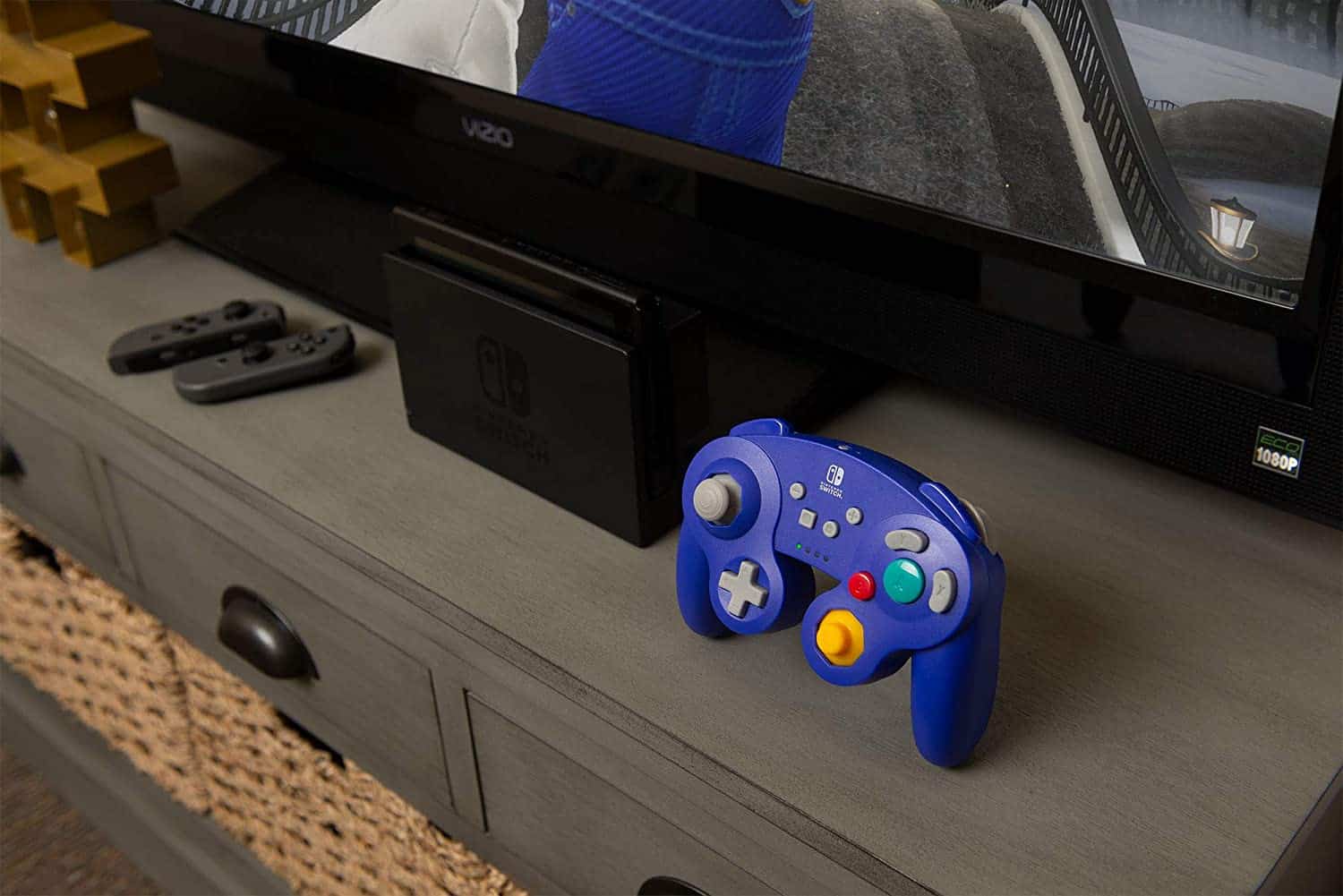 If you long for the days of old when it comes to the controller but still want to play your Switch games, PowerA has you covered. Behold… the GameCube wireless controller for Nintendo Switch.

It even comes in the classic purple color that the original GameCube came in. Now you can play those Smash matches like you used to. Or any of the newer games that are available. Of course the best part about this is that it’s wireless.

This uses batteries, so there’s no recharging. All you have to do is replace the batteries when they’re dead. The controller should last for about 30 hours. Plus, it comes in a wide range of different colors. This is definitely one of the best controllers for Switch, especially if you’re a Super Smash Bros. Ultimate fan. 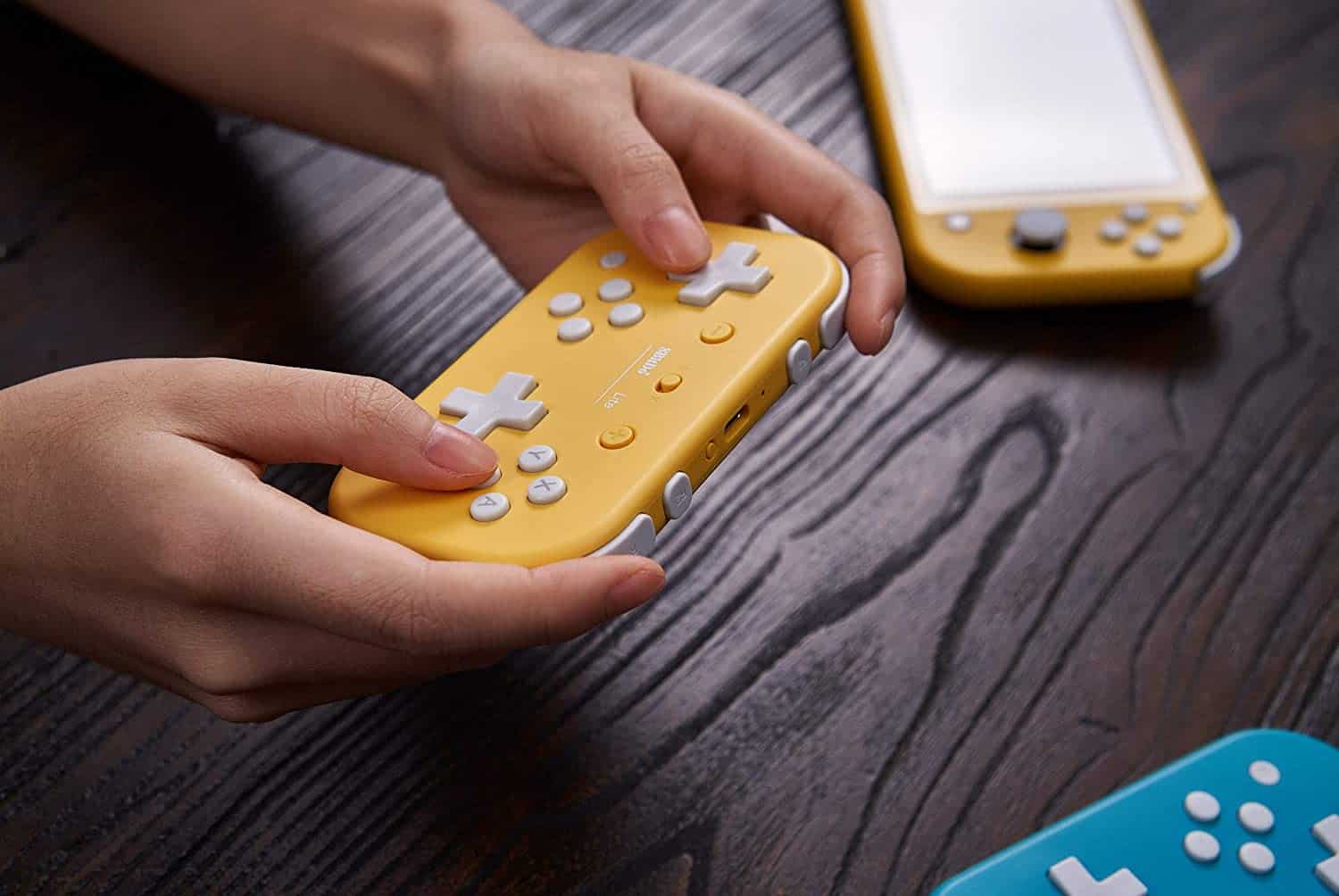 For those that really love dpads but still want a nice wireless controller option, the 8Bitdo Lite Bluetooth gamepad is a nice choice. It was designed to look like the Nintendo Switch Lite, but it can be used for both the Switch and the Switch Lite, and even the Switch OLED if you’ve got one.

Plus, since it’s Bluetooth it also works with PC, and mobile if you play games there as well. It’s not as fancy looking as some of the other options, but it’s still one of the best Switch controllers out there. You can also recharge it via USB-C. It comes in Yellow and Blue color options. And as a gamepad it’s pretty affordable. 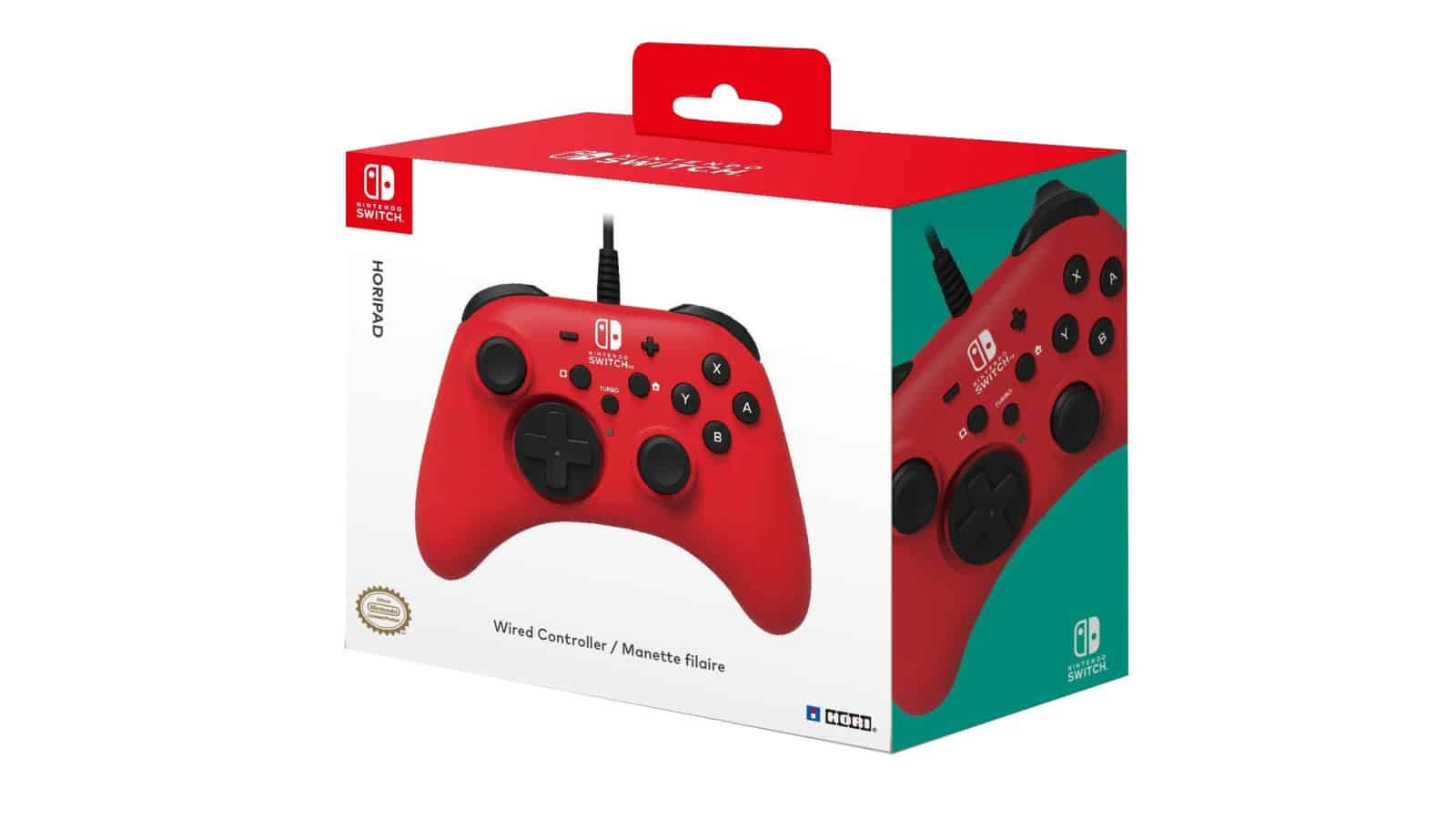 For starters, you don’t have the no-slip hand grips. It also doesn’t have the NFC functionality, or the motion controls. But if you never use those things, you can’t go wrong here. 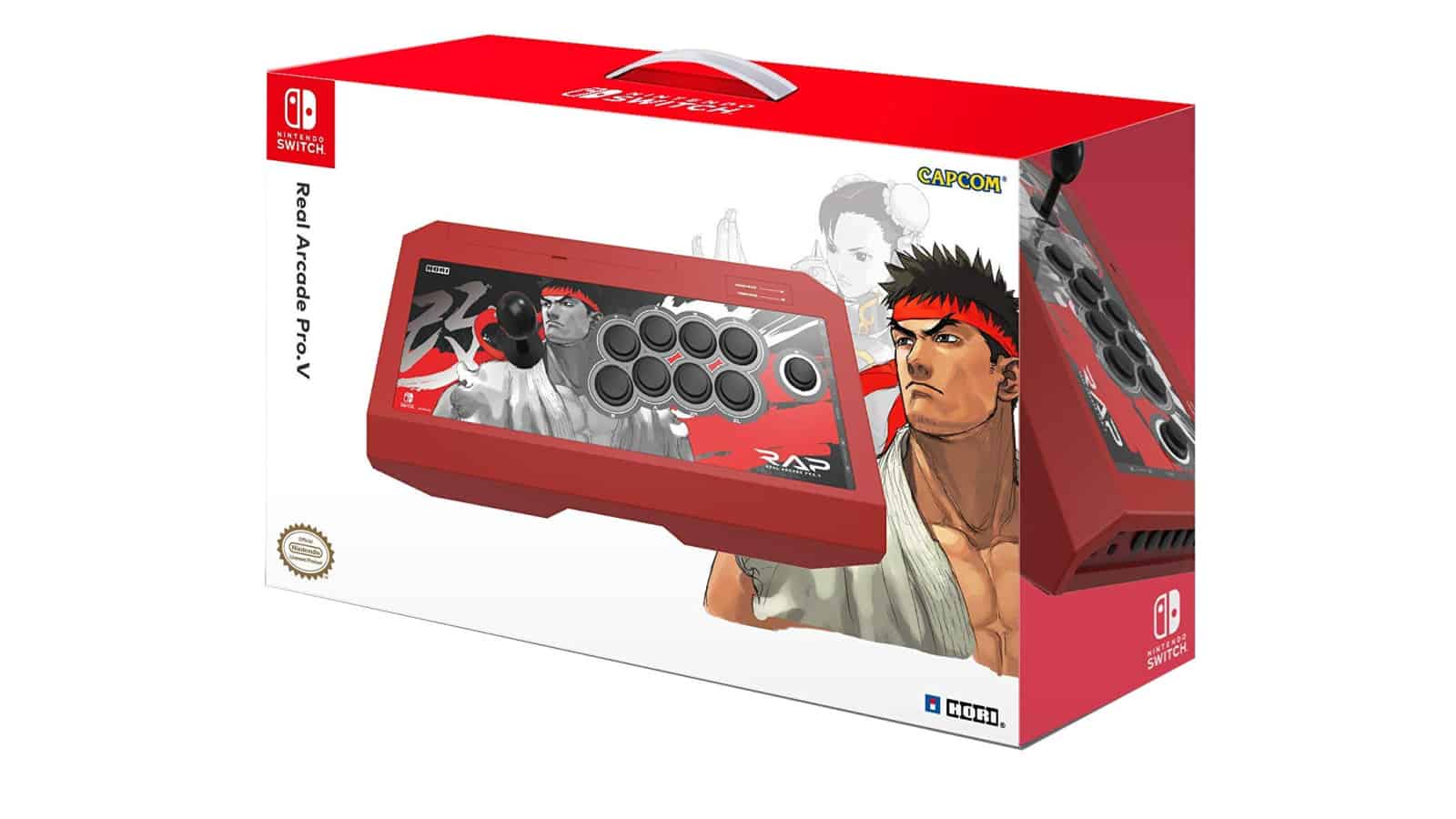 Movement is handled by an arcade joystick, and this even works with PC if you play fighting games on the PC platform in addition to the Nintendo Switch. It’s a bit pricey, but many of these kinds of controllers are. 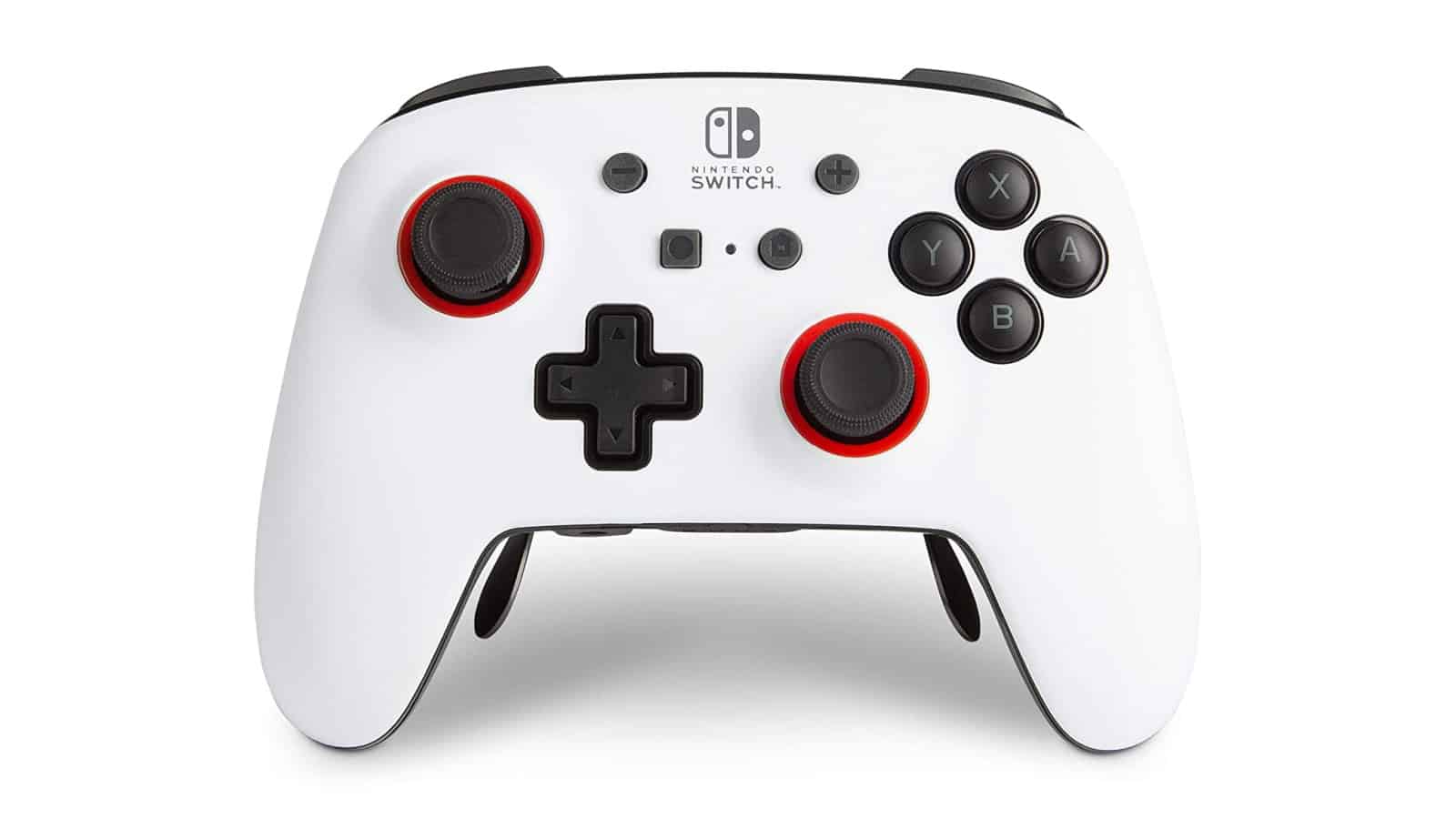 Take the Nintendo Switch Pro controller and add a few neat improvements, and you have the PowerA Fusion Pro wireless for Nintendo Switch. This is one of the best Switch controllers because it mimics the Switch Pro, which is already good, and adds useful stuff.

Like the back paddle buttons for extra controls. There are four paddles on the back which means four additional buttons. And there’s non-slip grip material on the hand grips as well. You can also use this controller in wired mode if you wish to save battery life. As well as black and white faceplates, and different thumbsticks with varied height and cap shapes. 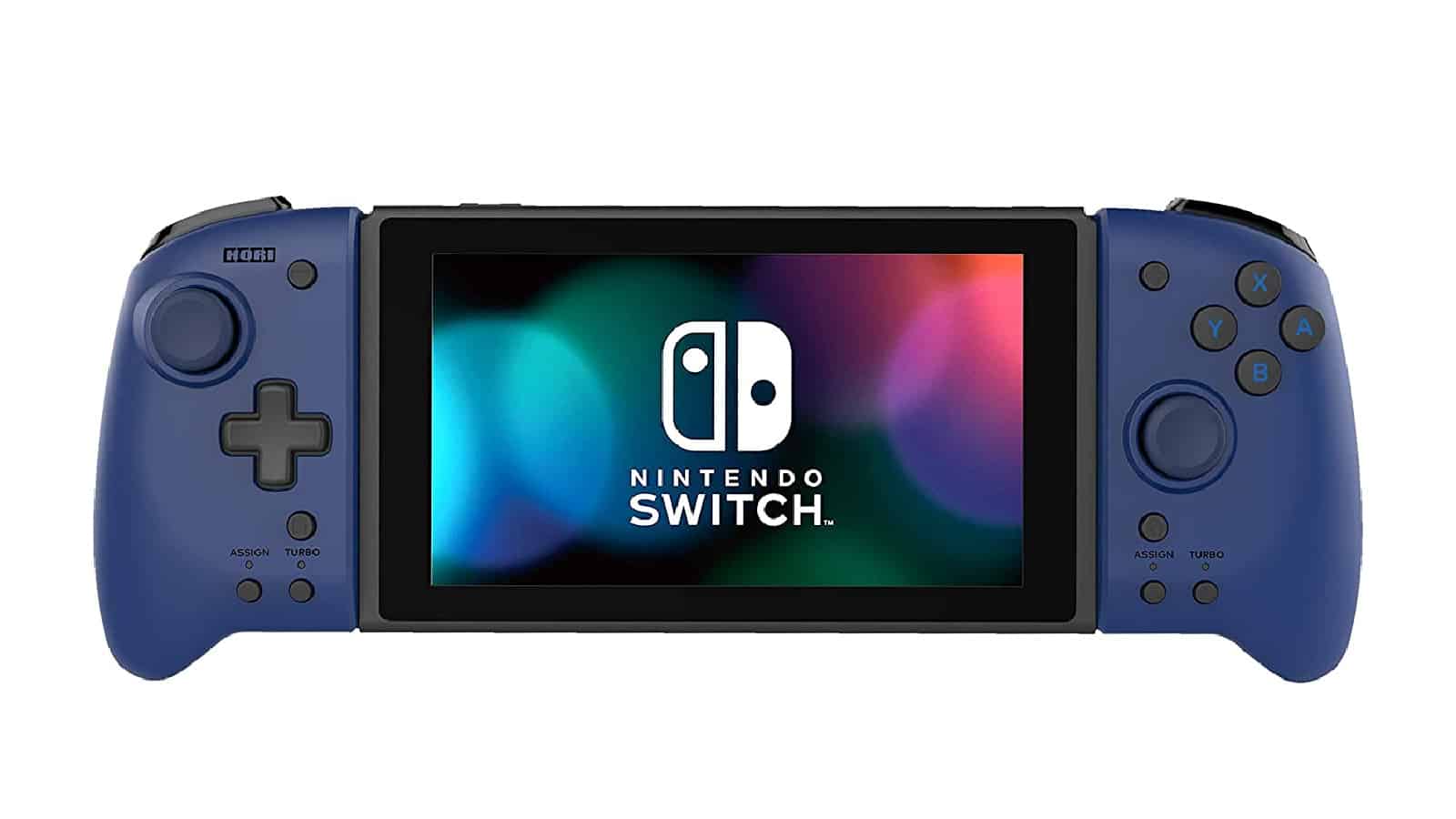 This is basically an upgraded version of the Joy-Con controllers, and very similar to the first option on our list here that comes from NexiGo. There are some differences to note however. This controller is officially licensed by Nintendo. And HORI is more well-known for its accessories than NexiGo. So make of that what you will.

There’s also a few extra buttons, though really these are just the assign and turbo buttons. These can be found on both the left and right side controllers, but they serve the same function. You have multiple color and design options too. The biggest plus is that this is a full size controller for the Switch in handheld mode. No need to set it up on the kick stand or anything like that. 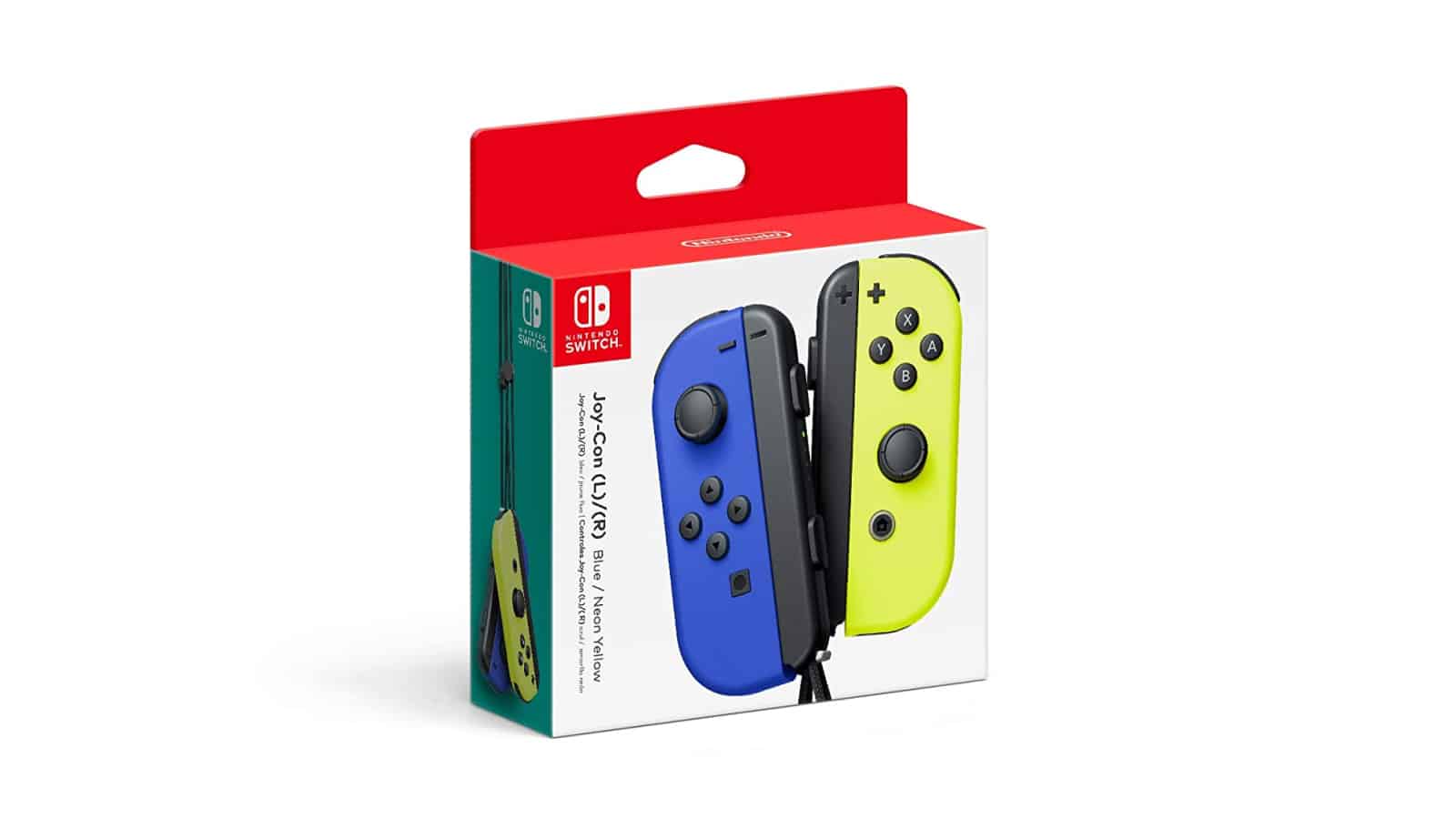 The tried and true. The original. Does it get better than that? For some, no. If you genuinely prefer the Joy-Con controllers (and there’s no reason why you shouldn’t really) then why not choose some new fun ones from Nintendo? If your Switch came with the more basic gray, then why not “switch” it up from time to time and get some with different colors or themes?

There’s nothing special or out of the ordinary here with these controllers. They’re the official Joy-Con controllers you get in the box. But still awesome. 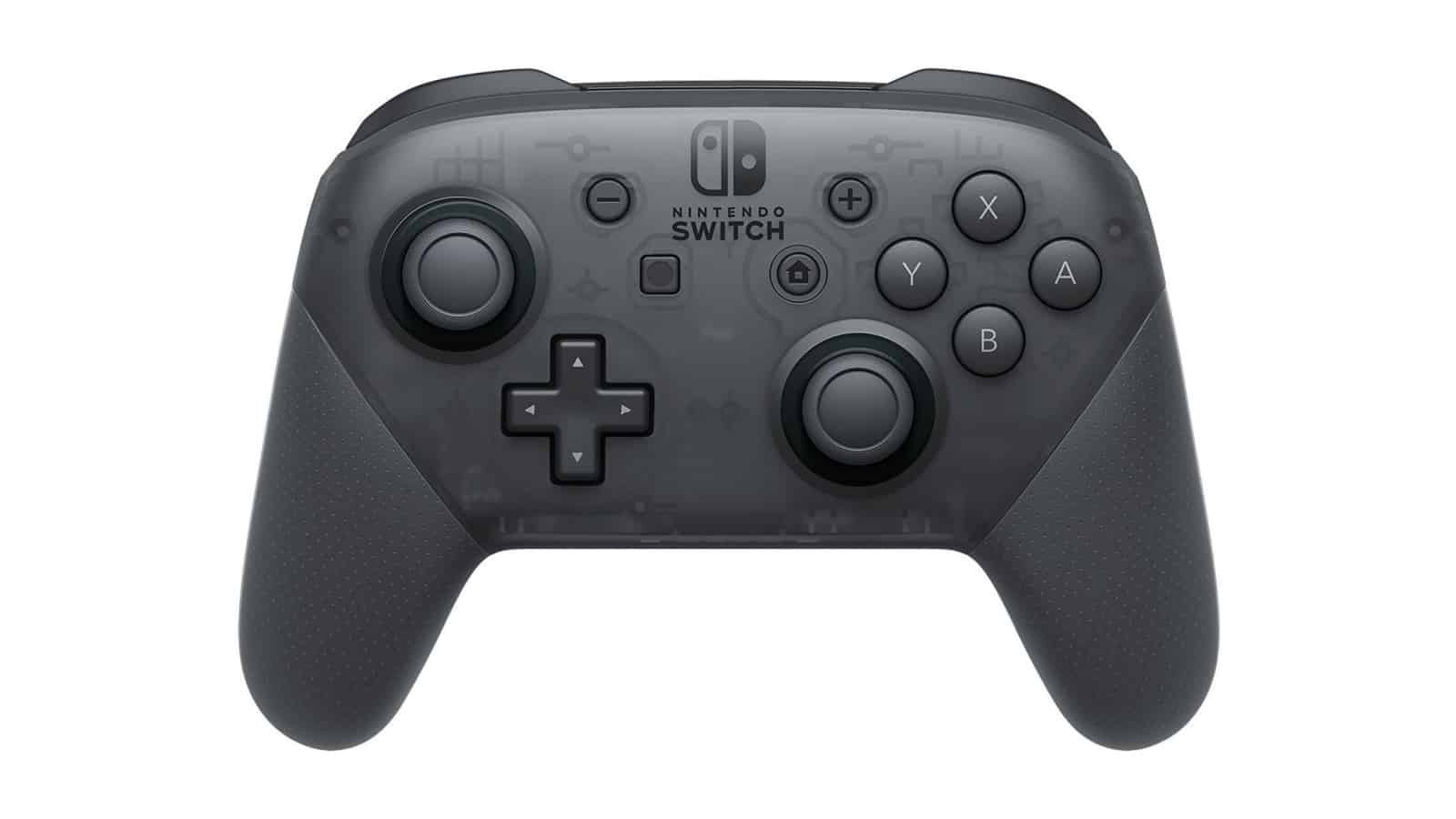 Last, but certainly not least, is the official Nintendo Switch Pro controller. For some, possibly many, this is going to be the best option for Nintendo Switch controllers. Excluding things like extra paddle buttons on the back, you get a lot with this option. The motion controls, the rumble, the wireless and wired option for use, the non-slip grip on the hand grips that has a subtle perforated leather style to it. And even the NFC and amiibo features.

Honestly, there’s nothing not to love about this controller for the Switch. It feels good, it looks good. And for Pro features, it a little more affordable than the option from PowerA. Even if it does have a few less buttons.