If you’re looking for some solid board games for Android, you’re in the right place. There are plenty of such titles available in the Google Play Store, and in this article, we’ll focus on the more popular ones. We’ll focus on the games that most of you will know of. So, do expect to see titles such as Monopoly on this list, and also at least one chess game, for example. It wasn’t exactly easy to trim down this list, that’s for sure.

We’ve decided to include 10 games on the list, and they’re not listed in any specific order. So, just because one game is placed in front of the other doesn’t mean much. Below, you’ll find quite a bit of information about each of these titles. In addition to some screenshots / promo videos, you’ll also get a description of each game, along with pricing information, the required version of Android, and so on. Read on if you’re interested.

Below is a quick overview of the top 10 best board games for Android 2021, including any download and in-app purchase costs. 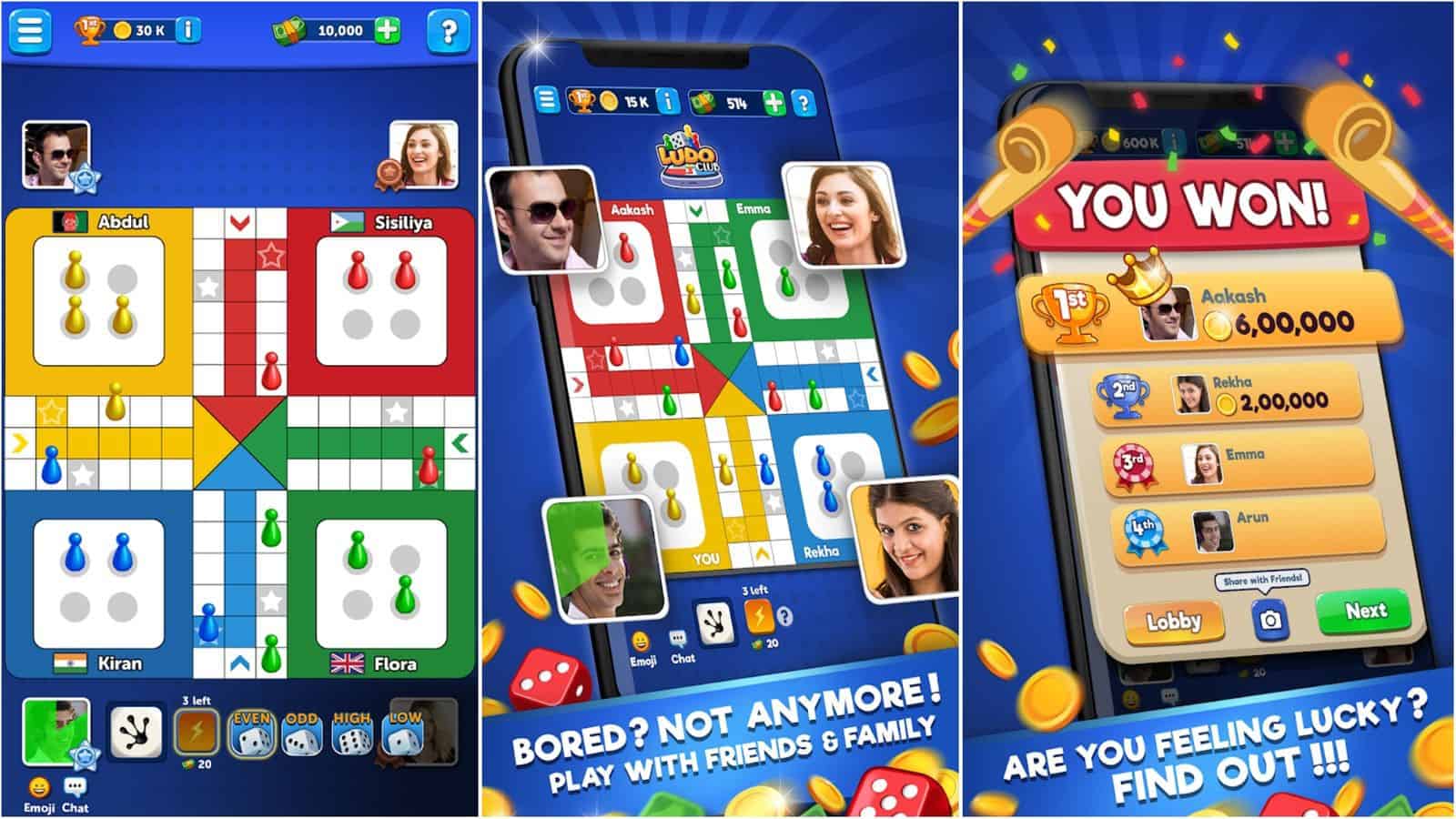 Ludo is a well-known game around the world. Chances are you’ve played this game while you were a kid, or perhaps you’re still playing it. In some countries, the game has gotten creative names, like “dude, don’t be angry” (rough translation). In any case, Ludo Club is a great virtual embodiment of this game, that’s for sure. This is an online-only game, so do note that before you download it.

You can compete with players all around the world, and see how lucky you are. The game does offer nice graphics, and it works really well, actually. It represents a classic game in a rather nice way. Ludo Club does allow you to send Facebook and WhatsApp invites, in case you’d like to play against your friends / family, rather than competing against random people that the game throws your way.

Risk is another game that was, and still is quite popular. RISK: Global Domination is one of the best iterations of that game on Android, which is why it made this list. Unlike the regular board game that you’d buy, this one offers over 60 maps to play on. You can customize your avatar in the game, and the same goes for your troops, dice, and so on. That is a nice touch by the developer, and it does give an extra flair to the game.

There are a number of modes that you can choose from as well. You can choose to play the classic mode, the rules that you’re used to, or customize everything. You can increase the difficulty, include card bonuses, blizzards, and so on. If you prefer to play online, instead of competing against an AI, you can do that as well. To make things even better, this game does offer really nice, cartoonish graphics that most of you will like. 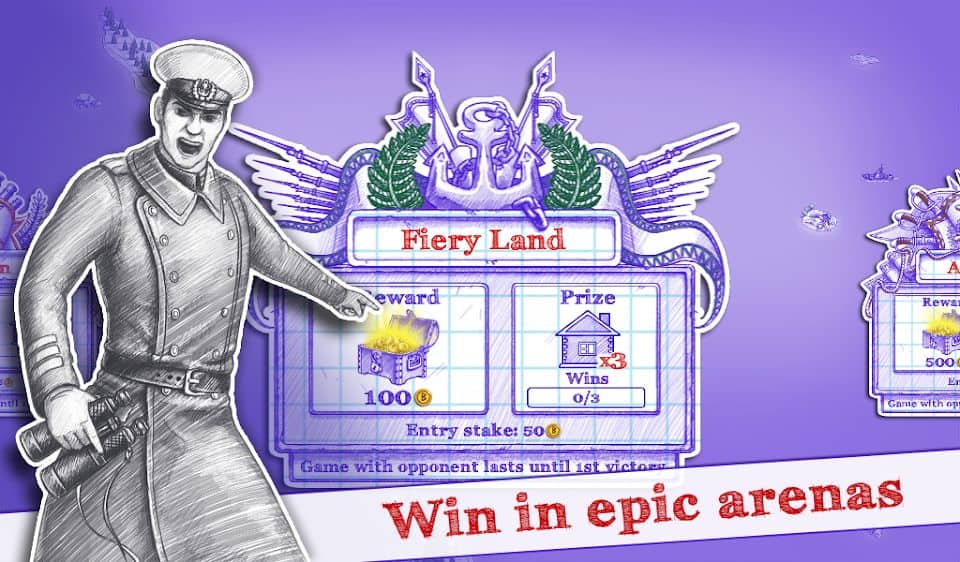 Many of us have played a sea battle game at one point or another. There are various iterations of that game available these days, in both physical and digital formats. Well, the Sea Battle 2 title from the Play Store is one of the best digital representations, that’s for sure. Do note that this app does not exactly embody the classic game of sea battle, as it includes various other elements into the mix.

You’ll be building your city in this game, along with fighting your opponent’s ships. You’ll be collecting awards, unlocking new buildings, building military bases, shipyards, factories, skyscrapers, landmarks, and more. You can choose to play offline or online, and there’s also a customization aspect added to the game. A full-blown chat is also included in the game, in case you’d like to talk to your opponent. 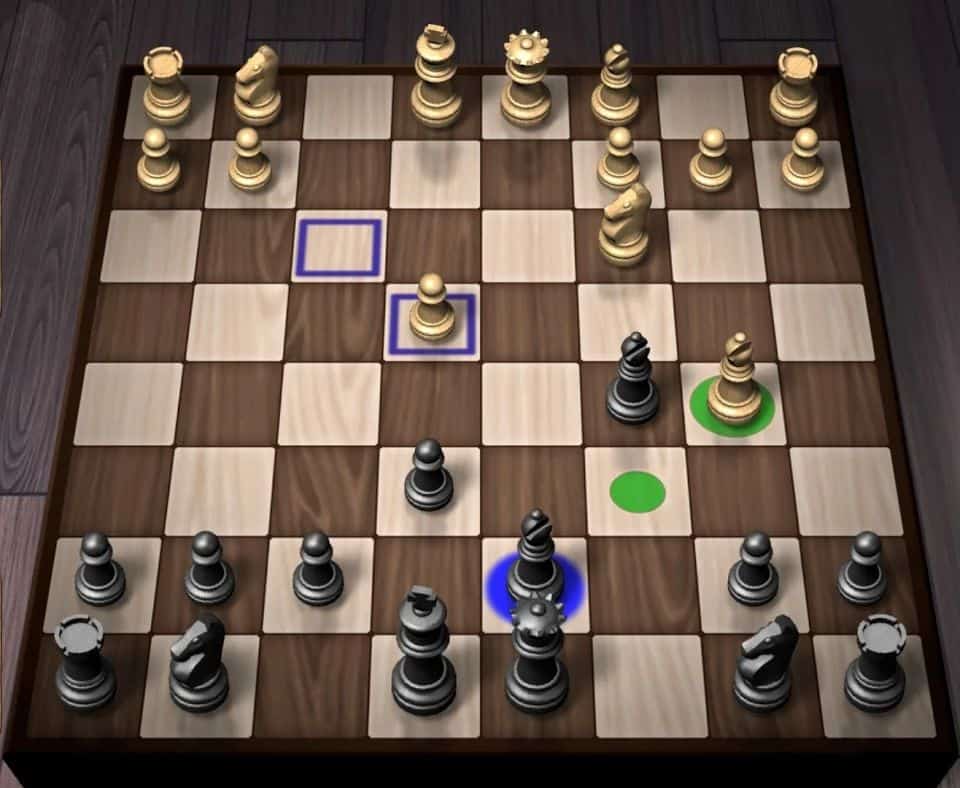 If you like playing chess, then having a chess game on your phone is probably a good idea. ‘Chess Free’ is a great chess game that has been around for a long time. This game does come in a paid format without ads as well, by the way. In any case, this game tries to keep things simple, and that’s probably a good thing. It’s just a straightforward chess game, with really nice graphics.

You’ll be able to choose between 2D and 3D modes, whichever suits you better. This game offers you 12 difficulties to choose from, depending on whether you’re a beginner, or an expert. It’s a great way to practice chess, that’s for sure. You can also get some deeper analysis on every move, and the ‘review game mode’ is also included here. You can play against your friend, or online.

Board Kings: Board Games Blast

Board Kings: Board Games Blast is… well, it’s a hectic board game, that’s for sure. This game brings forth really nice graphics, amongst the best on the list. You can play it with your friends, or choose to battle people online. Dice are a huge part of this game, as you’ll be building your board city, grabbing coins, and so on. You can travel to other players’ boards, and basically steal their stuff as well.

This game is not easy to explain, you kind of have to try it out to see what it’s all about. You can also collect various stickers and other awards as you progress. There are over 20 multiplayer board games stuck into this single game, so chances are you’ll find something to love here. Board Kings: Board Games Blast is worth trying out, at the very least, so do that if you’re interested. 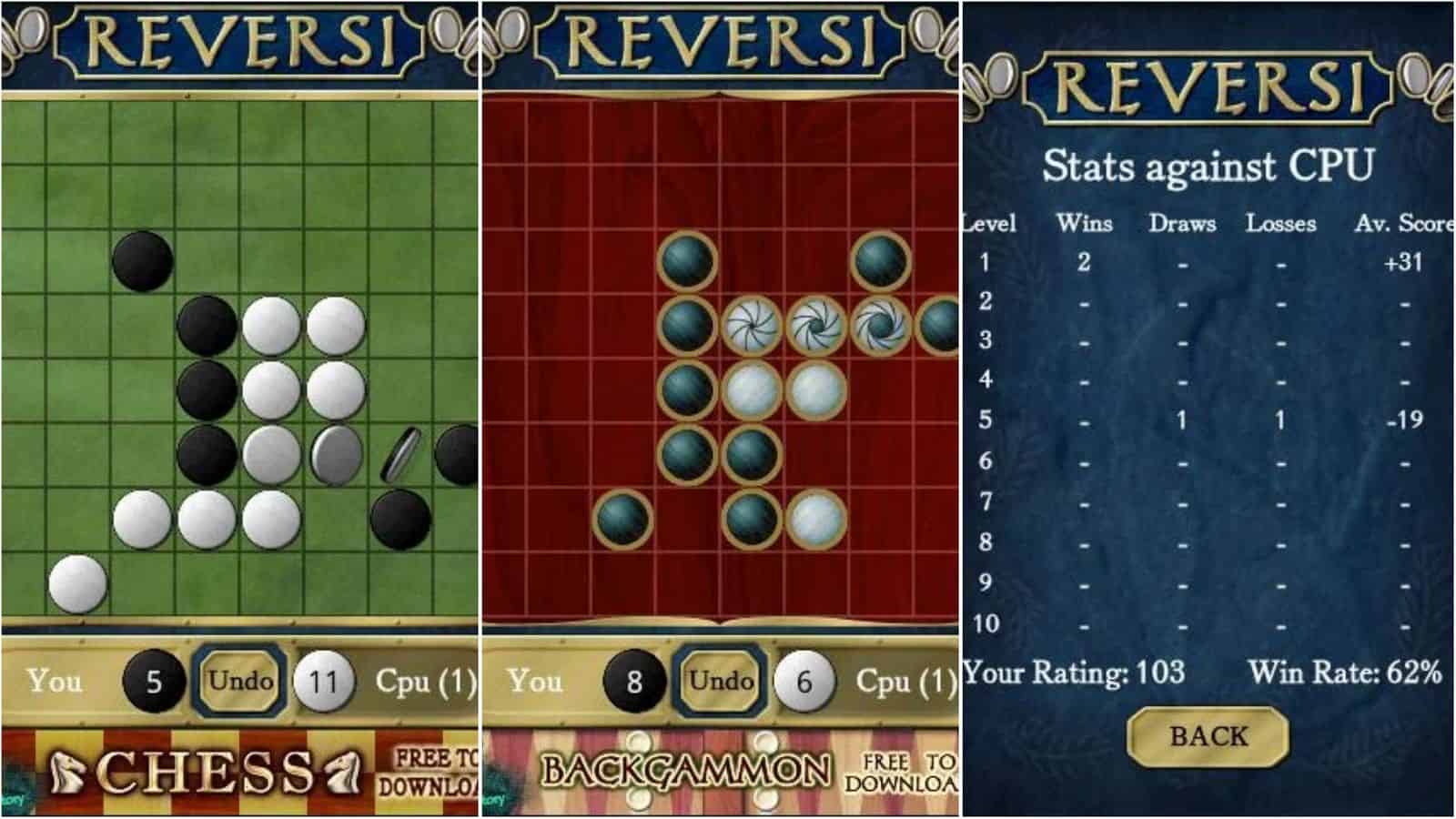 Reversi is a well-known board game, to say the least. Many of you have played it, and this is a digital iteration of a popular board game. This game keeps things simple, and won’t present you with any new gaming mechanics or anything of the sort. This is a free version of the game, but you can also get the one without ads if you decide to pay up. That’s the only difference between the two.

The game brings 10 difficulty levels, plus hints as well, so you can become a better player in the process. It also offers a 2-player hot seat mode, in case you’d like to play with a friend. There are 4 reversi piece sets, and boards included here, and you can also see the stats of every player. In case you haven’t player reversi in a long time, this is a great way of doing it, without trying to find your physical reversi pieces in the attic.

Monopoly is one of the most popular board games of all time. Pretty much everyone has heard of it, and if you’d like to play it on your phone, this is a great way to do it. This is essentially an original Monopoly game, so if you don’t like to deal with all the new mechanics introduced by other iterations, this is the way to go. The graphics here are great, and it will bring you back to your childhood.

The game does include a regular single-player mode, in which you play against an AI. You can also delve into the ‘Quick Mode’, which will make sure you finish the game sooner than you usually would. The game supports both offline and online multiplayer, depending on whether you’d like to play against a friend / family, or a complete stranger from the Internet. There are no ad pop-ups here, by the way, in case you’re worried about that. 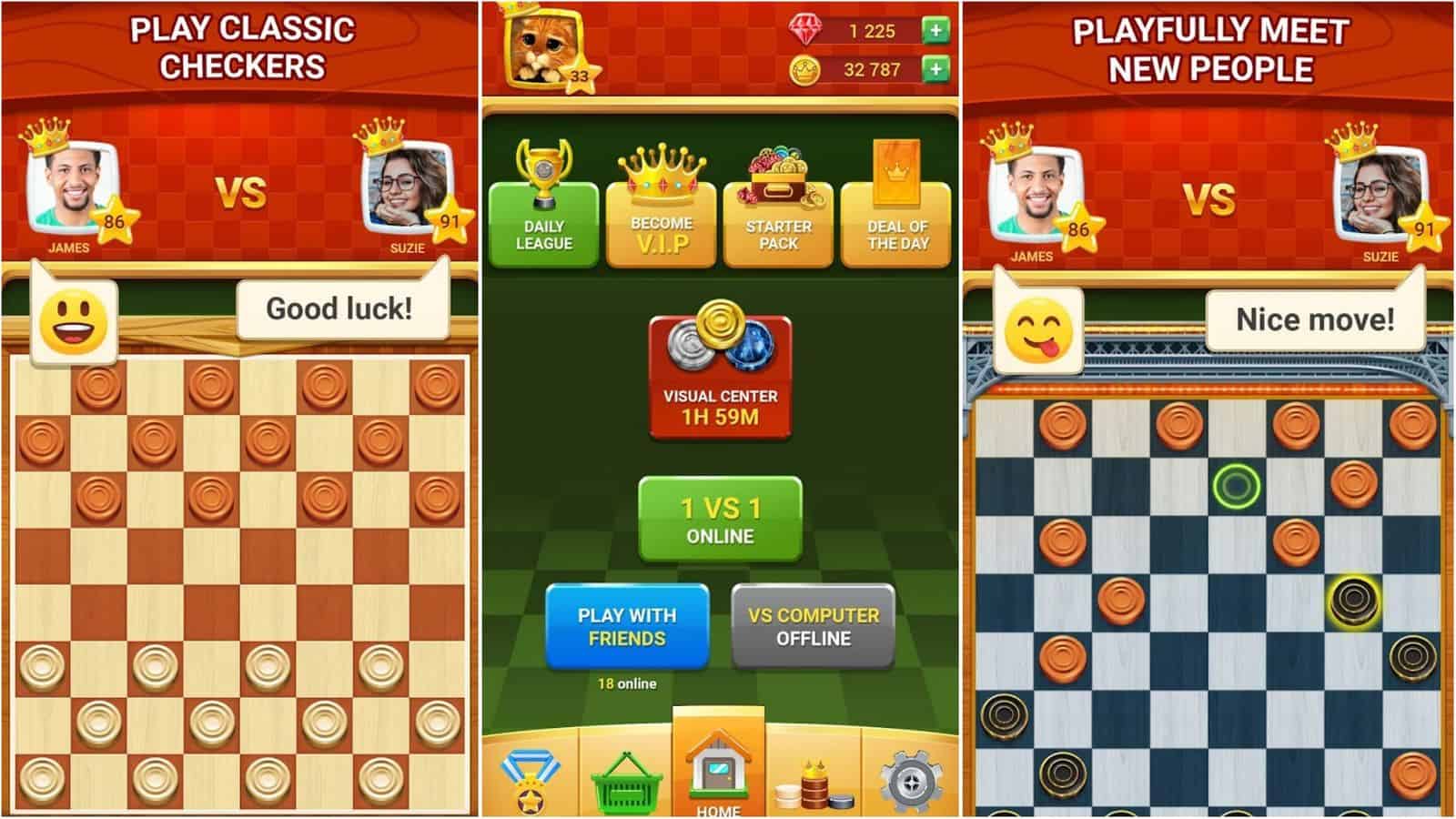 Checkers is yet another immensely popular board game. Checkers – Online & Offline is a great digital iteration of it, in case you’re interested in playing. The graphics are quite nice and there are a number of different rulebook sets to choose from, depending on what checkers iteration you’re used to playing. Over the years, we’ve seen various different versions, so you can choose the one you know how to play.

There are American, International, Brazilian, Russian, Turkish, Spanish, Italian, Czech, and Thai iterations available. You can play both offline and online, depending on your wishes. Sound effects are also quite nice here, and a full-fledged chat system for online play is also included. You can unlock various achievements as you progress, while there are dozens of unique checkers skins and avatars available to unlock.

Many of us enjoyed playing Yahtzee when we were kids, and some of us still do (guilty!). I’ve tried out quite a few Yahtzee games in the Play Store, and this one appealed to me the most. Yatzy is, without a doubt, one of the best Yahtzee games for Android. You can either play a solo game, in order to train and improve your best score. Or you can choose to compete against an actual person.

Both offline and online modes are available. If you choose the offline mode, you’ll be able to play on a single device. Online play will pair you with a random person from the Internet, to show off your skills. That’s basically it. This game tries to keep things simple, and if you’ve played Yahtzee, you’ll know exactly what to expect. The UI is nice, and the graphics in the game are also nice.

The Castles Of Burgundy

The Castles Of Burgundy is the only paid game on this list. You’ll straight up have to pay if you’d like to play it. In this game, you’re placed in the 15th century. You’re taking the role of a princess, and you’ll need to trade, and build in order to build lead estates to prominence. You’re playing this game with dice, but you’ll also need to make some choices along the way. This game requires some planning ahead, and thinking before you move.

A nice tutorial is included, so that you know exactly what’s required of you. There are both ranked and casual game options here, while you have three difficulty settings as well. You can play offline against an AI, or an actual person. There are 10 avatars that you can unlock in this game, while the game is available in several languages. The Castles Of Burgundy sure is an interesting board game worth trying out.