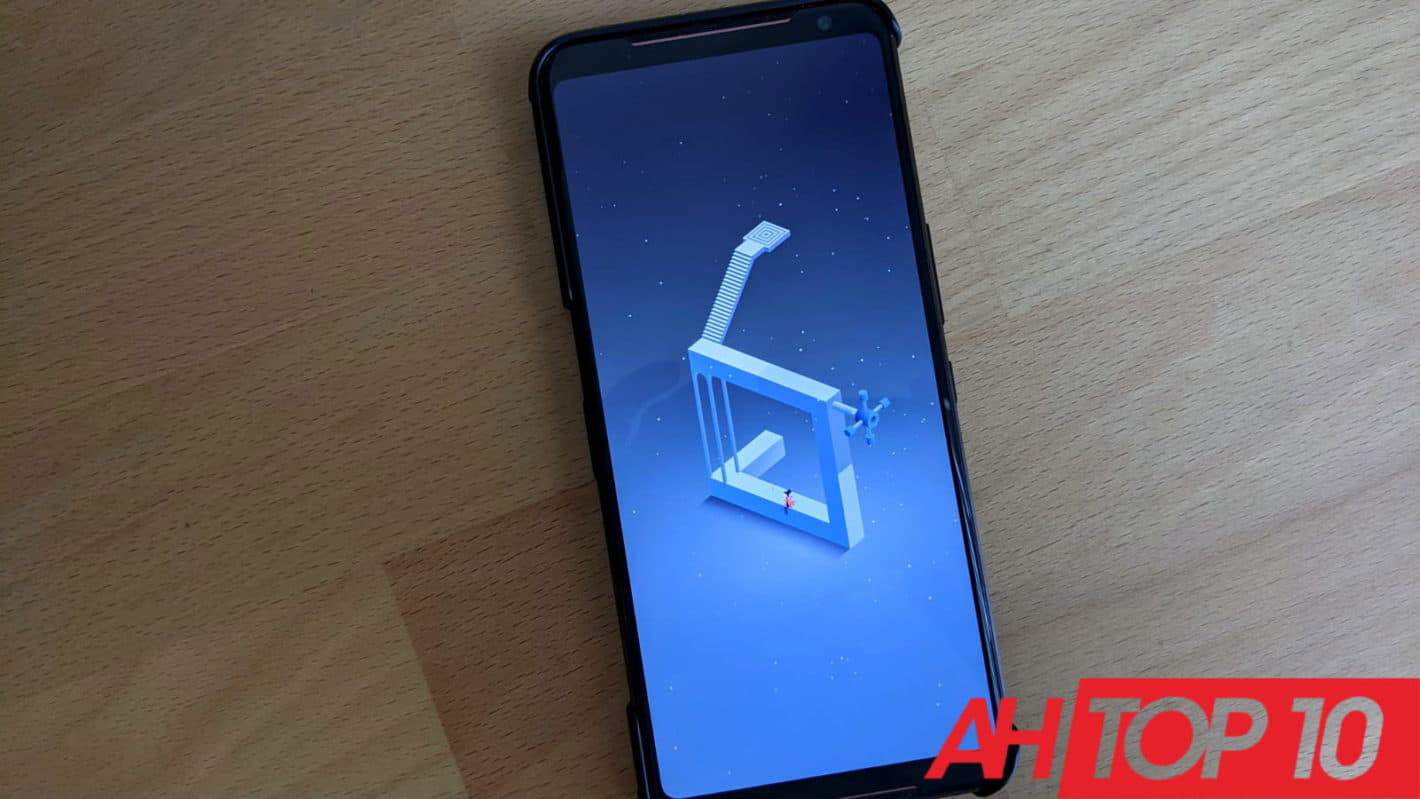 We know a lot more people have been spending time at home these days and gaming can be a great way to pass the extra time, so we’ve put together a new list of the best Android puzzle games. Though for many PC and console gaming will still be the go-to platforms of choice, mobile games have gotten so good these days that it’s hard to ignore them.

And puzzle games are some of the best out there due to their ability to appeal to just about everyone. It’s a genre that’s less niche than say, an MMO or a shooter game.

Not all mobile puzzle games are good though. And that’s just the nature of things when there are so many at your disposal. It’s a big reason why we’ve rounded up some of the best Android puzzle games and compiled them here in this list. To save you some time.

Below is a summary table of which puzzle games are on this list. If you’re short on time and simply want to see which games we picked, you can view them all directly from the table included here.

This one is for the One Piece fans. One Piece Bon! Bon! Journey!! is a match 3 puzzle game that carries the theme of the hit anime. Which is still running mind you.

While the main gameplay is match 3 puzzle, there’s a cool little element where you can build out an island. Not quite like with Animal Crossing: New Horizons, but it’s an interesting addition to a game like this nonetheless.

The game does have a story to it so if you like the story of One Piece then you’ll appreciate what’s been done here. Each bonbon also has their own special attacks that can be unleashed that are modeled after the attacks from characters in the anime/manga.

Match 3 puzzle games can be fun in general, but this is sure to be more of a hit with fans of the anime series.

I Love Hue Too

The gist of this puzzle game is to rearrange the geometric tiles into their correct colorful order. There are over 900 levels to solve. And as you progress through the game so too will the challenge of certain levels.

What can make this so challenging is the fact that as each level starts the colors and tiles are all out of order. You’ll need to spot very small differences between the hues of each tile.

Then once you discover the difference, you need to move it to the correct spot on the board. You complete levels once each tile is placed in the right spot to make up a mosaic of perfect colorful harmony.

There are multiple gameplay modes to dive into and a really cool ambient soundtrack to match the theme of the game. I Love Hue Too is a really well-designed puzzle game that will give you hours upon hours of play, and that’s a big reason why we selected as one of the best android puzzle games for this list.

The puzzle aspect of Kenshō is that of sliding blocks around on the board to match them up and complete the level.

The gameplay as a whole though is much more than that. With the help of 11 original soundtracks and vibrant, colorful nature-filled landscapes, Kenshō has a narrative that unfolds into a unique and intriguing story.

It’s these particular elements that make it one of the best puzzle games on Android. It’s definitely not anything like most puzzle games on the market. So if you want to try a puzzle game that’s different, check out Kenshō. You won’t regret it.

Prune is a bit of a classic now that it’s around five years old, but it’s so worth it. This minimalist puzzle game has a really cool art style and a unique gameplay mechanic of pruning your trees just right so that they make it into the sunlight.

Just as the name suggests. While it might seem easy enough to prune the tree as it needs to be done, you’ll have to avoid various hostile elements in each level to ensure you complete the job.

There is no one way to prune the trees on each level. This particular trait helps to make this one of the best puzzle games on Android. Because it gives the player multiple choices in how to achieve their goal.

There’s a feature where you can also share your uniquely pruned trees with friends. Helping to make the game a little bit social. There’s a pretty cool soundtrack too that gives off a very zen-like feel to it.

This is definitely the puzzle game you want if you’re looking for a much more relaxing experience.

Gorogoa is one of the best puzzle games on Android and absolutely one you have to play if you love puzzles.

At its core you need to move around the intricately designed hand-drawn panels to solve the puzzle. But just moving them around in the right order will get you nowhere. You will also need to make sure the panel is focused on the right element in the illustration.

To do this you can zoom in and out, and even drag to a different part of the illustration. It’s tiptoeing around this element that makes it the challenge. Because before you can put things in order you’ll need to find the right part of the image that needs to be on screen.

Did we mention that all of the illustrations are hand-drawn? If there’s one puzzle game off this list that you pick to try out, this should probably be it.

Energy is a great game for many things. The puzzles are intriguing and engaging, the visuals are pleasing, and it helps to reduce stress thanks to its relaxing gameplay.

It was also designed to help increase your logic skills and is filled to the brim with various brain teasers. Tap the different lines on the screen to twist and shift the connections and light up the bulbs.

The main idea is connecting the bulbs to the power source, which are indicated on the screen by their respective icons. Energy: Anti Stress Loops is packed with hundreds of levels and most certainly one of the best puzzle games on Android.

Aside form the hundreds of levels, the game also boasts having very quick level completion. Which should make it perfect for even those that only have a very short time to play.

Definitely give this one a spin.

This is Bridge Constructor plus Portal (a beloved first-person puzzle game on PC), so what’s not to love?

As the name of the game suggests, the goal of the game is to build bridges on each level. But it throws in plenty of twists from the Portal franchise. For one the game takes place in the Aperture Science labs.

You’ll also need to watch out for sentry turrets, move equipment through a vast network of portals, and earn achievements. Normally this game costs $4.99 but it’s currently on sale for $2.49.

It’s also one of the games included in the Play Pass monthly subscription. If you pay for that, then you get to play this game and hundreds more for free.

This became an instant classic the moment it came out simply because of how good the first one was.

While some might prefer the first one, Monument Valley 2 is definitely one of the best puzzle games on Android and it’s an excellent follow up to the original.

It takes the same style of art and applies it here with new characters, new worlds, and more puzzles to progress through. If you enjoyed Monument Valley then it only makes sense to give the second game in the series a try.

We’ve talked about this one before and we’ll keep adding it to lists where it fits in because it’s that good of a game.

The puzzles here are made up of bento lunch boxes, and you’ll need to match the items in the box up with the original image so all of the food is in the right spot.

Building off of that, inbento features a cute, non-vocal story that plays out throughout the game. You’re a mother cat who is making bento boxes for her child. And as you complete each level you’ll see illustration story boards of these two.

Throw in some peaceful and upbeat music and you have yourself a winner here, and one of the best puzzle games on Android.

There are over 120 different levels to complete too. Meaning you shouldn’t get bored here.

Infinity Loop comes from the same team that made Energy: Anti Stress Loops, and sort of has a similar gameplay mechanic.

Though this time around you’re not trying to connect lamps to power sources. Instead your goal is to restructure the lines so that as they all connect together, they do so in one infinite loop. Just like the title says.

There’s also a Dark Mode where you essentially do the opposite, and break the connections to each picture. Which is a reverse of what you do in the normal mode.

Work your way through hundreds of levels and enjoy the relaxing gameplay and music while you do it.