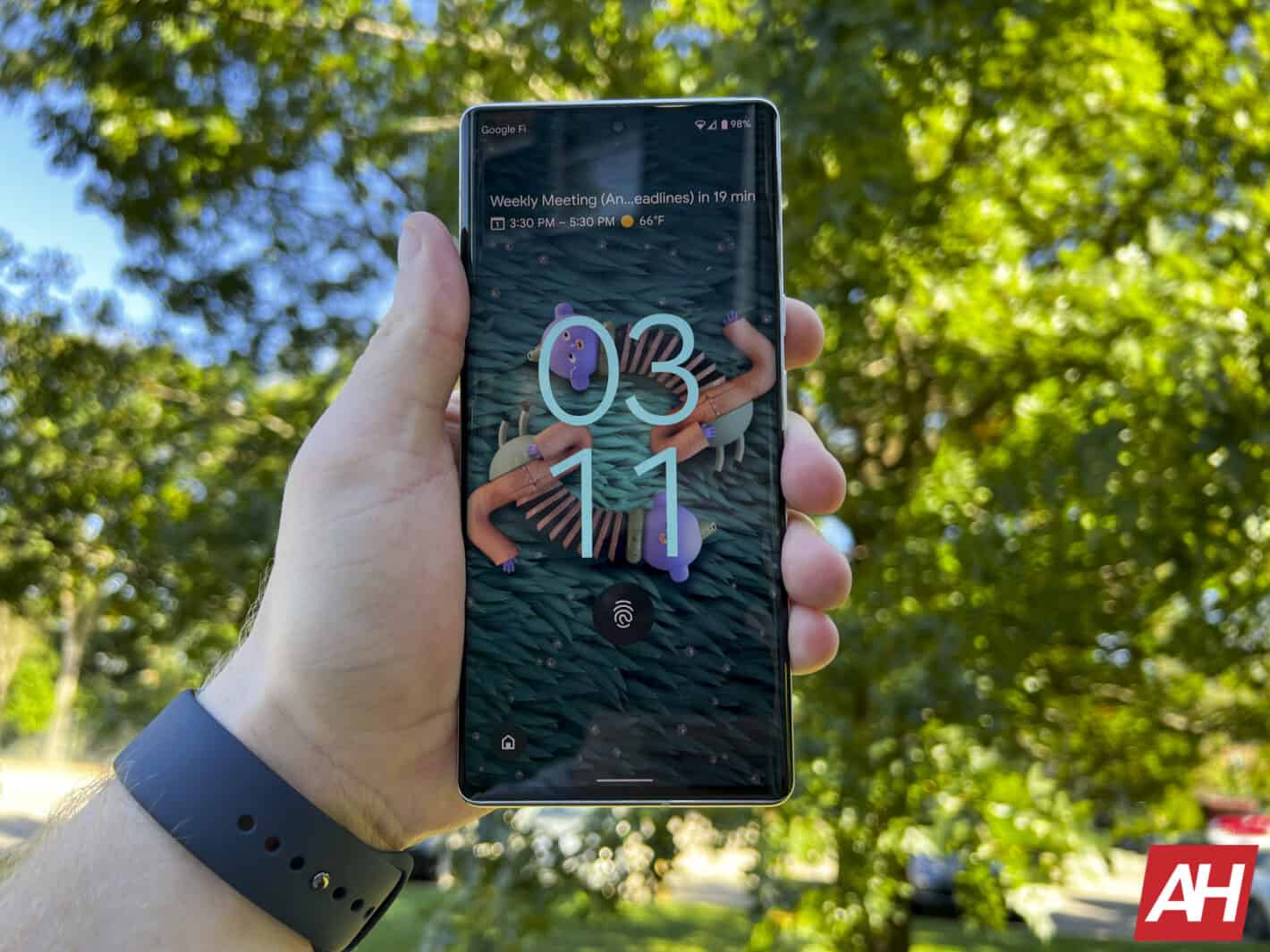 Google introduced Android 12 way back in February. But it is now finally available on Pixel devices, without having to opt into a beta or developer preview to get it.

On October 19, with the launch of the Pixel 6, Google also started rolling out Android 12. Which is one of the bigger updates that Android has seen in quite some time. A big update means lots of new features right? Right. But a lot of these features you may not notice at first. So, we’re here to show you the top 10 best features for Android 12. 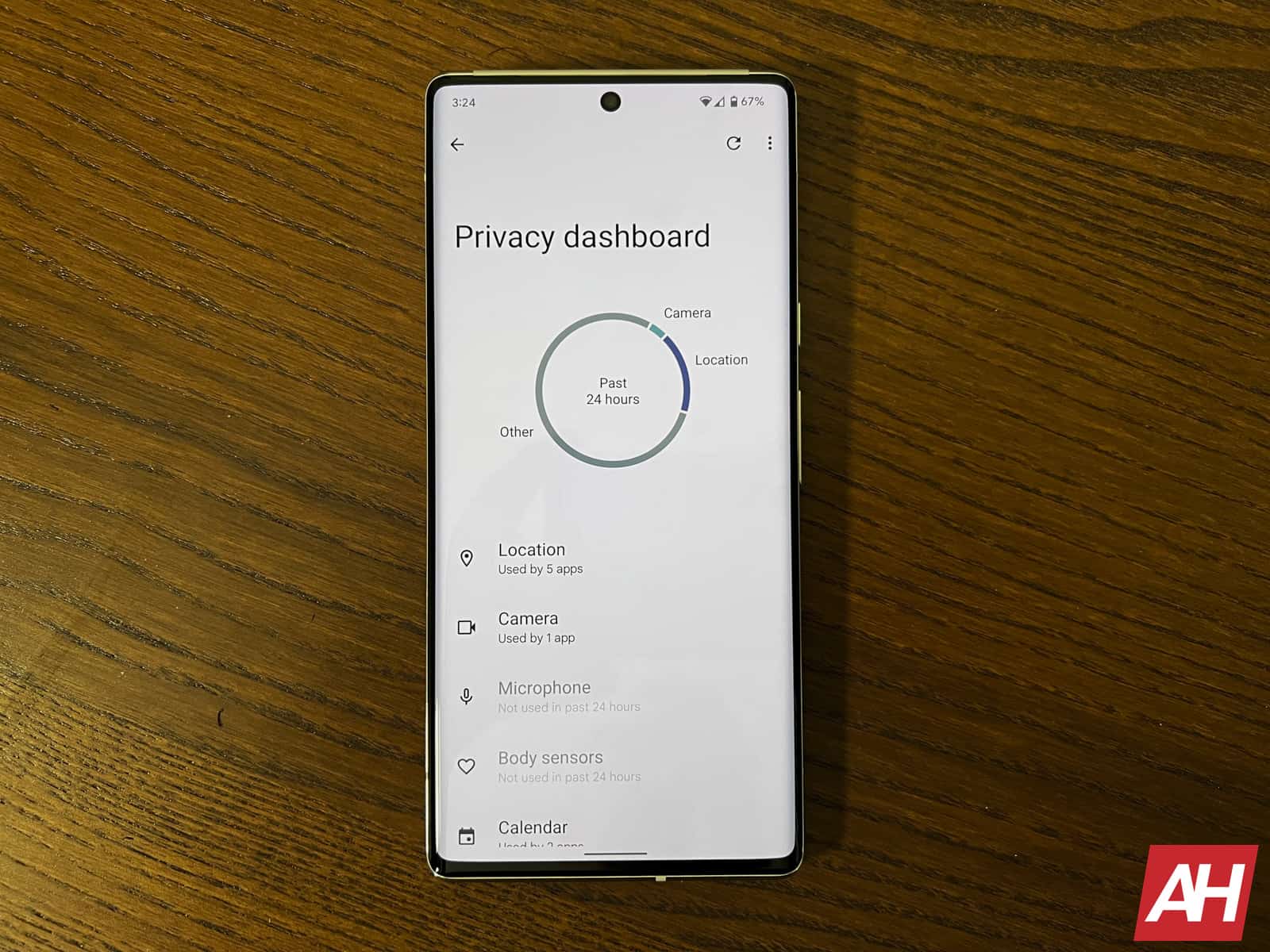 Google has been focusing on privacy over the past few Android releases. But with Android 12, you’re getting a lot more privacy features. Including this new Privacy Dashboard.

The Privacy Dashboard will debut in the second beta, coming in June. But it will be a central area where you can see what apps are using what permissions. As well as how often, and when exactly they are being used. As you can see in the screenshot above, it will show your most used permissions like Location, Camera and Microphone. And how many apps used them in the past 24 hours. It will also show the others, under “See Other Permissions”.

When you tap on one of these permissions, it will show what apps used it, and at what time. At the bottom of that screen, there will be a button where you can manage that permission and revoke it from certain apps, if you wish. This is going to make it easier for users to keep tabs on what apps are using what permissions.

Continuing with the privacy focus, Google has also introduced new indicators for when the camera and microphone are being used. You’ll see the indicator in the top right-hand corner of the display.

This is similar to what Apple has available on iOS. Where when the camera or microphone is used, you’ll see a green (for camera) or orange (for microphone) light in the corner of the screen. And if you tap on it, it’ll tell you what app used it recently.

On top of this, you can also swipe down the Quick Settings, and you’ll see toggles for both the camera and microphone permission. You can tap on either (or both) to revoke the permission. Without having to leave the app and dig into settings to find it.

Now, this is probably the biggest change that you’ll see when you install Android 12. And that is the new design that Google is calling ‘Material You’.

Material You is going to be seen across all of Google’s products, but it’ll start out with Android. Basically, it’s Google’s new personalized design language. As you can tell by the name, it is focused around you. As Matias Duarte stated during Google I/O, “Material You explores a more humanistic approach to design. One that celebrates the tension between design sensibility and personal preference, and does not shy away from emotion.”

One of the big aspects of Material You, is going to be the personalized themes, which we’ll be talking about next here.

Themes to match your wallpaper

With the introduction of Material You, Google is also introducing some new personalized themes. While it’s not available in the first beta, Google did say it will come this fall. So it’ll likely debut in the stable version of Android 12.

Essentially, these themes will match the colors of your wallpaper. Using some color science, Google is able to change the accent colors of the clock, widgets, and the quick settings to match your wallpaper.

But, unlike regular themes, this isn’t just available for the home screen, quick settings and the settings app. But it’ll be system-wide. Including third-party apps. Of course developers will need to adjust their apps to work with Material You. However, Google apps are said to support it by this fall. We’ll believe that when we see it. Seeing as it took years for some of its apps to adopt Material Design.

Quick Settings and Notifications get the usual redesign

It wouldn’t be a new version of Android without Google messing with the Quick Settings and Notification panel.

The way the Quick Settings and Notifications work in Android 12 is still pretty familiar. But now the Quick Settings are now more pill-shaped. So instead of three across, you’re getting two across. That makes these toggles larger than before, but they can also give you more information in that area.

The brightness toggle is also a bit thicker, making it easier to move around. And below the Quick Settings is the media controls. Which appears when you are listening to music, or watching YouTube.

Then there’s the notifications, which again are mostly the same, mostly getting a facelift. There’s a bit more white space around the content in the notification, and it uses the rounded corners, which matches nicely with the display on most phones these days. You can still expand them if you wish. And finally, the notification shade is no longer translucent. It’s either white or black background, depending on if you are using dark mode or not.

In Android 11, Google had introduced media controls to the Quick Settings, making it easier to adjust playback on what you’re listening or watching. Now with Android 12, you can control which apps appear there.

If you go into Settings > Sound & Vibration > Media, you can select or de-select whichever media apps you want to remove from that area.

The double-tap gesture is finally here

Throughout the developer previews of Android 12, we had seen a number of references towards a double-tap gesture that might be coming in Android 12. And now it is here. You can adjust it by going to Settings > Gestures > Back Tap.

In Back Tap, you can choose to tap the back of your phone twice to take a screenshot, access Google Assistant, play or pause media, see recent apps, show notifications or open a specific app. Which you can choose just about any app installed on your phone.

Making the display darker at night

Dark Mode makes using your phone at night a lot easier on the eyes. But Google has introduced a new feature in Android 12 that is going to make that even better. It’s called “Extra Dim”. Now it’s not in the Quick Settings by default, but you can add it. And it does exactly what you’d expect. It makes the display even darker. And it’s a noticeable change too.

Google is taking a page out of Samsung and Apple here, and allowing you to long-press the power button to access Google Assistant. However, there is a big difference here. That is not the default action. You’ll need to jump into the Gestures settings to make that happen.

So now when you long-press the power button you can get to the Google Assistant. Or you can still swipe up from the bottom corners to grab the Assistant’s attention.

Making everything Better Together

Google is also focusing Android work better together with other Android devices and even competitors’ products. For example, it is including a new built-in Android TV remote. That will control your Android TV devices, as well as make it easier to login to your apps on your TV.

Google will also make your smartphone, your car key. It is currently working with BMW and will work with other car makers in the near future, to make this happen. It will work with NFC and UWB, though only Samsung smartphones support UWB right now.

Fast Pairing is going to be coming to Beats headphones too, which is rather surprising since Beats is owned by Apple.

Finally, with Chromebooks, Google is making it easier to access photos taken with your Android smartphone, on your Chromebook. You can access them instantly. Similar to taking photos with an iPhone and being able to access them on your Mac or iPad instantly.

We’ve all been there. You have guests over at your house and you need to share your WiFi with them but you don’t know the password. Android 12 fixes that issue.

And boom now they are connected.

This works well because not just anyone nearby will get the QR code with the details. Only those that you want to share it with. Which is a nice security feature to have.

It’s kind of insane that it has taken Google this long, but scrolling screenshots are finally available on Android 12. Basically, the way it works now, is that you take a screenshot the usual way. Pressing power and volume down. In the new UI for screenshots, you’ll see a “Capture More” button. Hit that button, and you’ll be taken to a new screen where you can crop how much of the page you want to screenshot.

This allows you to screenshot the entire page, or just a larger portion than what the screen could show you.

It works really well in Android 12, and it’s about time it has arrived.