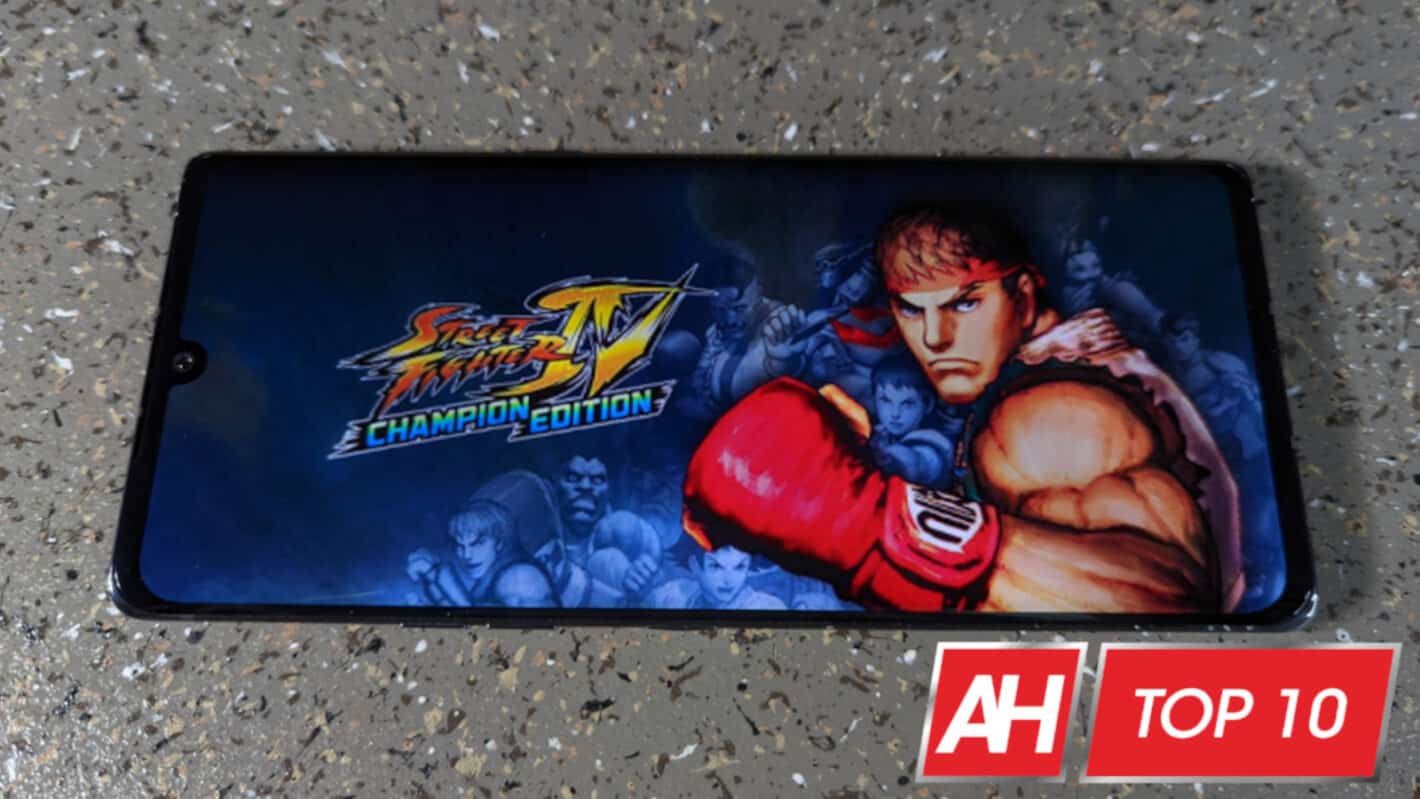 Sometimes, you just want to get in the ring and let off some steam (well, in a video game). Thankfully, there are tons of games on the Google Play Store that have you fighting other people in 1v1 matches, both online and offline. These games allow you to pound on your enemies without getting hurt yourself.

Here’s a quick overview of the games including the download costs and range of in-app purchases.

Below is the list of games but with more details added in. As always, it’s best to download from the Play Store or other authorized app stores.

If you’re a fan of comic book superheroes then you should love Marvel Contest of Champions. It follows the story from the actual 1982 comic books where different heroes are used as pawns in a cosmic competition.

This title has some years on it, so the gameplay is pretty straightforward. During a fight, you hit the opponent by tapping and swiping on the screen. You perform special attacks by filling up bars as you fight. The more bars you fill, the more powerful the attack.

Contest of Champions uses the energy system, which is a bummer considering how short some of the battles can be (some can be wrapped up in like 20 seconds). Also, there is a slew of different options for in-app purchases. You can pay to buy different items, crystals, and currencies.

Street Fighter VI is going to be unveiled soon, but that doesn’t mean we should forget about Street Fighter IV. This is the mobile version of the popular game that was launched back in 2008. Just like in the game proper, you’re locked in 1v1 combat against the roster of Street Fighter characters.

All of the characters are rendered in 3D and have a stylized appearance to add some flair. The gameplay is just what you’d expect from a Street Fighter game. You fight another person in the arena and try to get their health down to zero. There’s a roster of 31 playable characters that you can choose from.

If you’re a fan of Dragon Ball Z, then you might be a fan of Stickman Warriors – Super Dragon Shadow Fight. It’s meant to be a more generic anime-inspired stickman fighting game, but it’s heavily influenced by the DragonBall series. It’s not an official DBZ game, so you should expect rough approximations of the characters.

As you’d expect, this is an action game where you choose from a roster of powerful (and legally distinct) characters to battle it out in 1v1 combat. It has the typical controller scheme of most fighting apps on the market. On the right side of the screen, you have your attack buttons. You have the basic attack button that you use for most of your attacks. Also, you have a selection of special attacks that deal more damage, but they have a cool-down.

Final Fighter strives to create an experience close to traditional fighting games. It’s more reminiscent of older fighting games you’d see before mobile apps existed. This is one of the main draws to the game. While you’re playing it, there’s no doubt that it will feel like a classic console fighter.

You have a joystick on the left of the screen and your attack buttons on the right. You’ll inflict more damage using your special attacks and by using combos. It’s a really fast-paced game, but there’s also a full story that you’ll follow as you play.

TRANSFORMERS: Forged To Fight brings the franchise to smartphones. In this game, you engage in 1v1 battles with other characters across different series’. Like most 1v1 fighting mobile games, you tap and swipe on the screen to do your attacks, and you need to get your opponent down to zero health.

Brawl Fighter definitely takes inspiration from Brawlhalla. This is a pretty straightforward game that has 2D characters in 1v1 combat. Like a lot of games on the mobile market, it’s pretty derivative when it comes to its characters. There are characters inspired by Goku, Hell Boy, Lara Croft, and other popular characters in popular media.

The gameplay is pretty standard for a mobile fighter. You have your on-screen joystick, your attack button, and your special attacks that have a cooldown. Overall, it’s a pretty fast-paced fighting game.

Merge Doll Fighting lets you use your imagination and craft your own fighters. You can assemble your fighter using different body parts to make your character. The game uses characters from different properties such as FNAF, Huggy Wuggy, and others. You can build your character from these parts.

The gameplay is pretty simple. You basically need to run into your opponent. The physics will lunge your arms and legs into them, and that causes them damage. You just need to be careful because the opponent can do the same thing. As you play, you’ll earn more parts to fight with.

Gladihoppers is a bit comical in how the fighting is done. You play as a 2D pixelated gladiator who hops toward their opponent. As you hop, you’ll slash with your sword to inflict damage. Your opponent also fights in this way, so you’ll need to focus on timing to get ahead.

You can level up your character and gain gold to buy other weapons. Along with swords and axes, you also have spears that you can throw at your opponents and shields to block attacks. The game is free to get, but you can pay $2.49 to unlock everything.

Bloody Bastards is pretty simple and bloody in nature. It’s a physics game where your main means of battle involve you ramming into your opponents and getting your attacks in.

You’ll use the joystick to make your character lunge forward and thrust their weapon toward the enemy. Depending on what weapon you have, you’ll attack differently. As you attack, the characters will become progressively more bloody, hence the name of the game.

Knights Fight 2: New Blood is unique in that it’s a 3D fighting game in the 3rd person POV. It’s a pretty straightforward game that has you fighting one-on-one with another medieval night.

A lot of the combat revolves around precise timing and reading your opponent’s moves. You’ll block their attack and look for an opening to attack. It’s a pretty fast-paced game with a lot of quick moves and surprise attacks.

The visuals are really good for a mobile game. All of the textures have depth, and the environments look realistic. This is all wrapped up in a package that plays really smoothly.