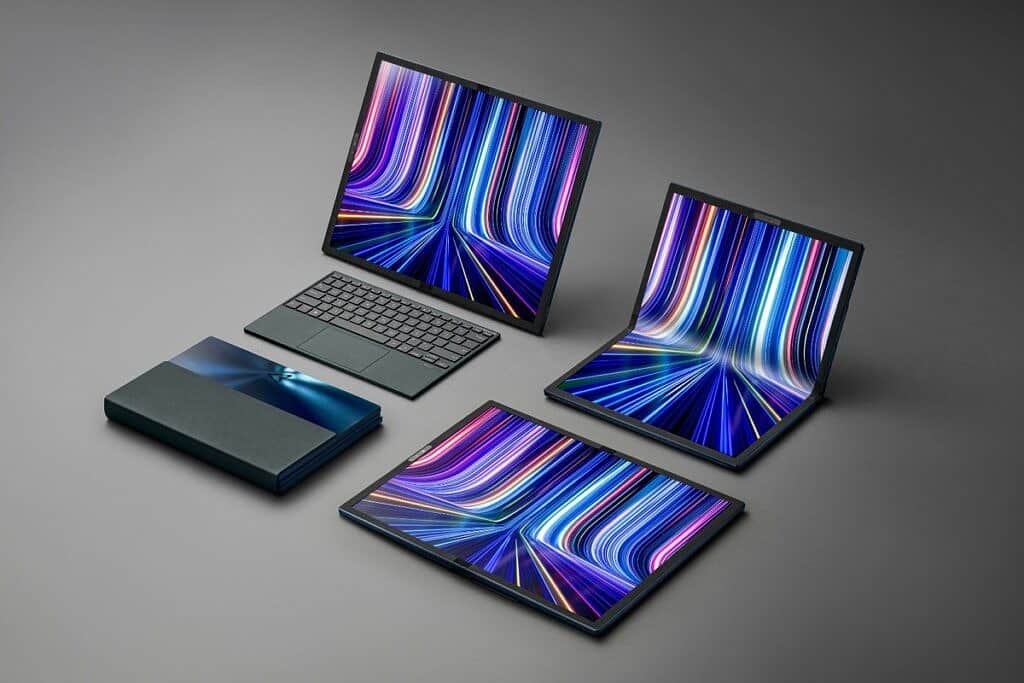 ASUS announced something really interesting, a foldable laptop. The ASUS ZenBook 17 Fold OLED is not only the company’s first foldable device, but one of the first foldable PCs out there.

Usually, I wouldn’t talk about the pricing and availability until the end of the article, but it is a huge factor here. The ASUS ZenBook 17 Fold OLED is priced at a whopping $3,499. It will become available in Q4 this year, ASUS confirmed. 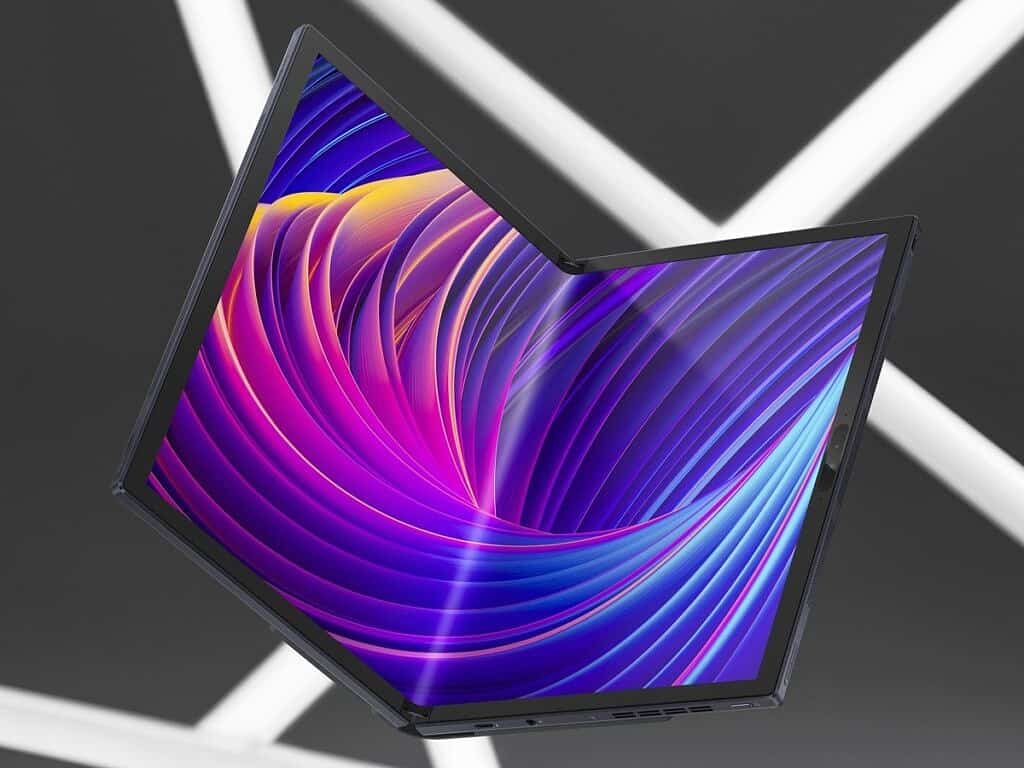 There’s a lot to talk about here. The ASUS ZenBook 17 Fold OLED comes with a 17.3-inch OLED display. That display is also very sharp with a resolution of 2560 x 1920. It offers a 4:3 display aspect ratio.

Now, when you fold this display, you get two 12.5-inch halves, each with a 3:2 aspect ratio, and a resolution of 1920 x 1280. This can launch tablet mode, which allows you to use the bottom half as the keyboard.

A physical keyboard is included, and it attaches magnetically

That’s not all, though. There’s also a physical keyboard included, which you can attach to the bottom half of the display. That way you’ll get more of a regular laptop feel.

There is also a desktop mode, which allows you to use the display as a display only, and connect the physical keyboard via Bluetooth. The Extended mode, on the other hand, is a mode where the display is laid vertically, and partially folded, so you get more of a vertical experience.

Having said that, we mentioned that you can attach a keyboard to the laptop. You can do that via magnets. It can be magnetically attached to the bottom half of the screen, after which it connects via Bluetooth. 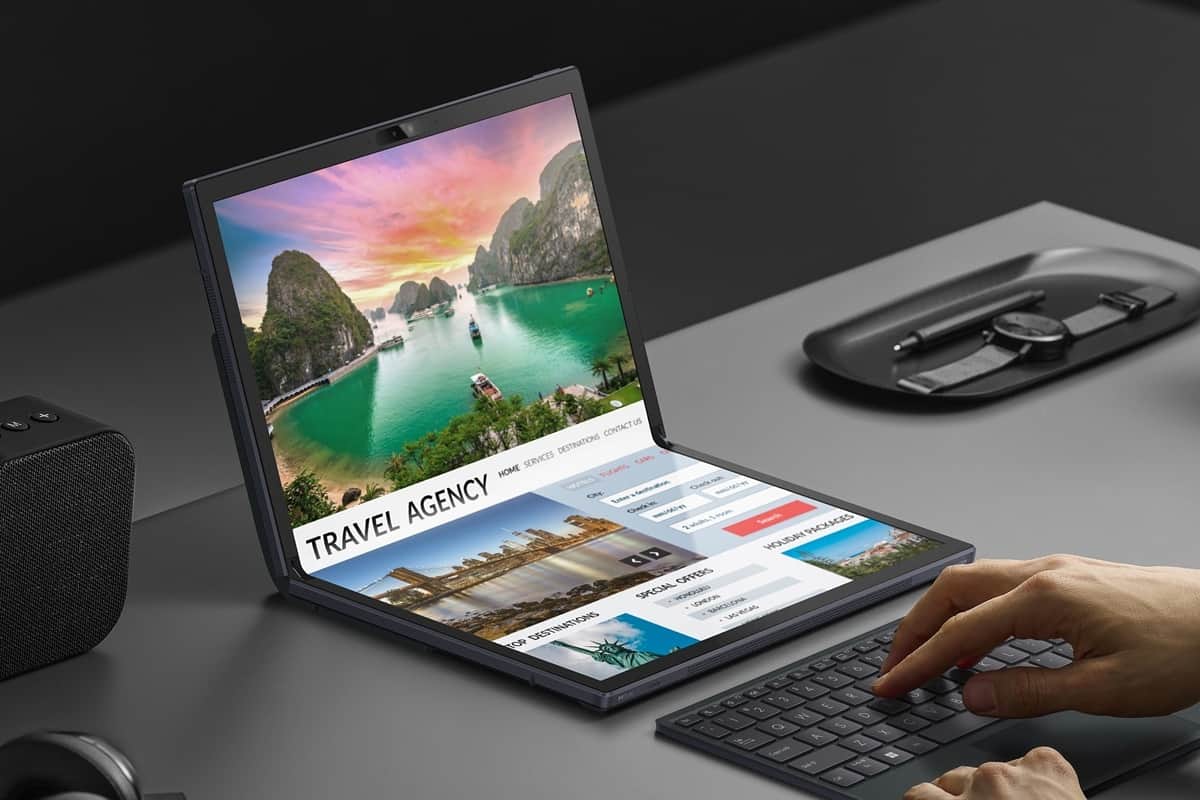 Speaking of the keyboard, ASUS had some very nice things to say about it. It has a 19.05mm key pitch, and 1.4mm of key travel. In other words, it should be quite comfortable to use.

The Intel Core i7-1250U fuels the device, while you’re also getting 16GB of RAM

What about the device’s other specs? Well, it is fueled by the Intel Core i7-1250U processor. You also get 16GB of RAM here (soldered), and 1TB SSD (slotted). The device is very thin when unfolded at only 8.7mm, while there is also a 75Whr battery included.

The ASUS ZenBook 17 Fold OLED weighs 1.5kg, which rises to 1.8kg with the keyboard. It is also worth noting that the laptop itself features a magnesium alloy chassis. ASUS also said that it tested the device for 30,000 open-and-close cycles, which should last for 5 years if you open the laptop 15 times a day. So, for most people, it’ll take way more than that to reach that level.

There are two Thunderbolt 4 ports included on the device, and a headphone jack. Do note that the device is extremely thin, so this is not half bad.