Skip to content
Advertisement
Trusted By Millions
Independent, Expert Android News You Can Trust, Since 2010
Publishing More Android Than Anyone Else
36
Today
159
This Week
436
This Month
6426
This Year
123954
All Time
Advertisement 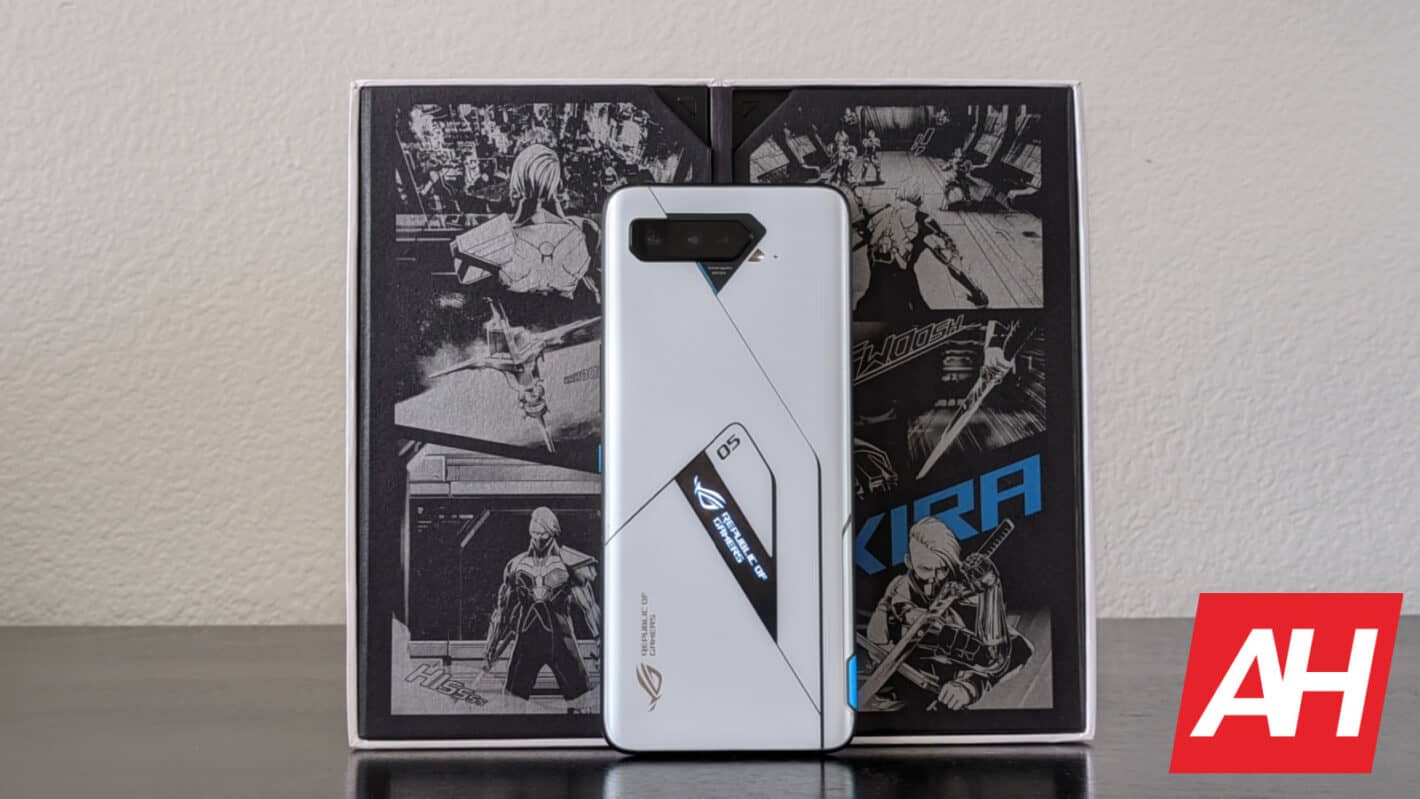 Earlier this morning ASUS officially took the wraps off of the all-new ROG Phone 5 series devices. Setting out to prove it has the chops to reign supreme in the gaming smartphone market.

But before we get into the nitty gritty of the company’s latest gaming phones, let’s go over a tiny bit of back history of the entire series itself. ASUS’ ROG brand, which stands for republic of gamers, was primarily focused on the PC gaming market for many years. Where it has done very well for itself as one of the most popular PC gaming brands available year after year.

That is until it decided to help popularize the gaming smartphone market by releasing its first ROG Phone in 2018. Following the likes of the first Razer Phone in 2017. After the initial ROG Phone, ASUS began steadily releasing a new ROG Phone every year since, which included the ROG Phone II and last year’s ROG Phone 3. Leading to 2021 with the ROG Phone 5 series.

What is the ASUS ROG Phone 5?

The ASUS ROG Phone 5 is ASUS’ fourth ROG Phone and unsurprisingly its most powerful phone to date. It’s packed full of specs that dwarf even some gaming PCs, although this is only a few of the variations.

It offers up some unique features as well as some more common ones that you can find in other gaming phones. And as a whole it’s a stellar option for anyone who plays a lot of mobile games or may play games primarily on mobile.

How many models of the ROG Phone 5 are there? 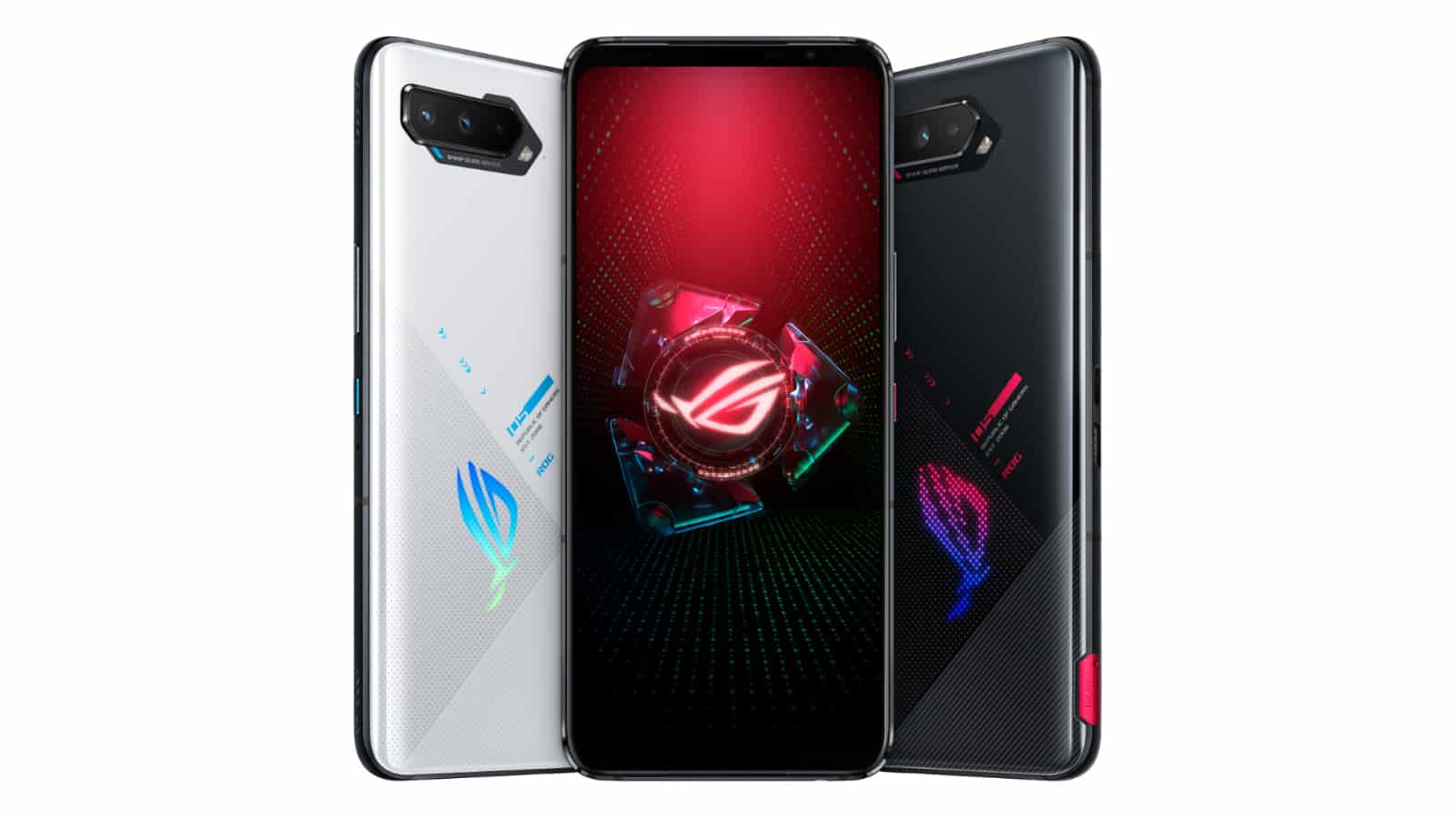 Technically there are three models. The ROG Phone 5, 5 Pro, and then there’s the 5 Ultimate, which we reviewed and you can read here. There are also multiple variations of the ROG Phone 5 with varying amounts of RAM. And various colors too.

How much RAM and storage does the ROG Phone 5 have?

This depends on the model you pick. If you’re going for the ROG Phone 5, then you’ll have two options to choose from. This will include a 12GB option and a 16GB option. Both of which come with 256GB of storage for games, music, apps, pics and more.

What colors does the ROG Phone 5 come in?

ASUS has come with a couple of different colors here that are spread across each mode. So this is another thing that sort of depends on what model you pick.

That being said the 5 Ultimate Storm White is not exactly the same as the Storm White on the standard model. ASUS designed this one with more of a monochromatic style. It’s also a matte white as opposed to glossy like the other models.

What are the full specs of the ROG Phone 5?

The specs will be mostly the same across the board, but there will be some variances based on the model. The ROG Phone 5 Ultimate for example, is the ultimate version of this phone. So expect there to be some things it has the other don’t.

As for the full list of specs, you can view them below here. 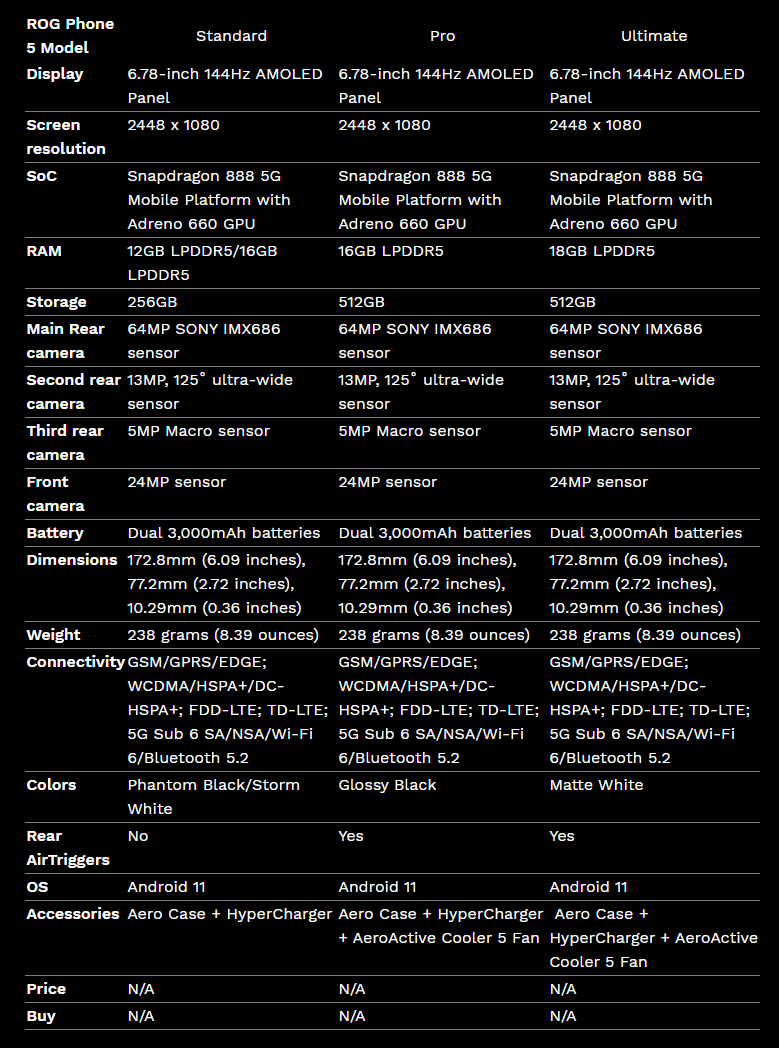 What are the main features of the ROG Phone 5?

The biggest features of these devices are features you’ll find on previous models of the ROG Phone but there are some new ones too. 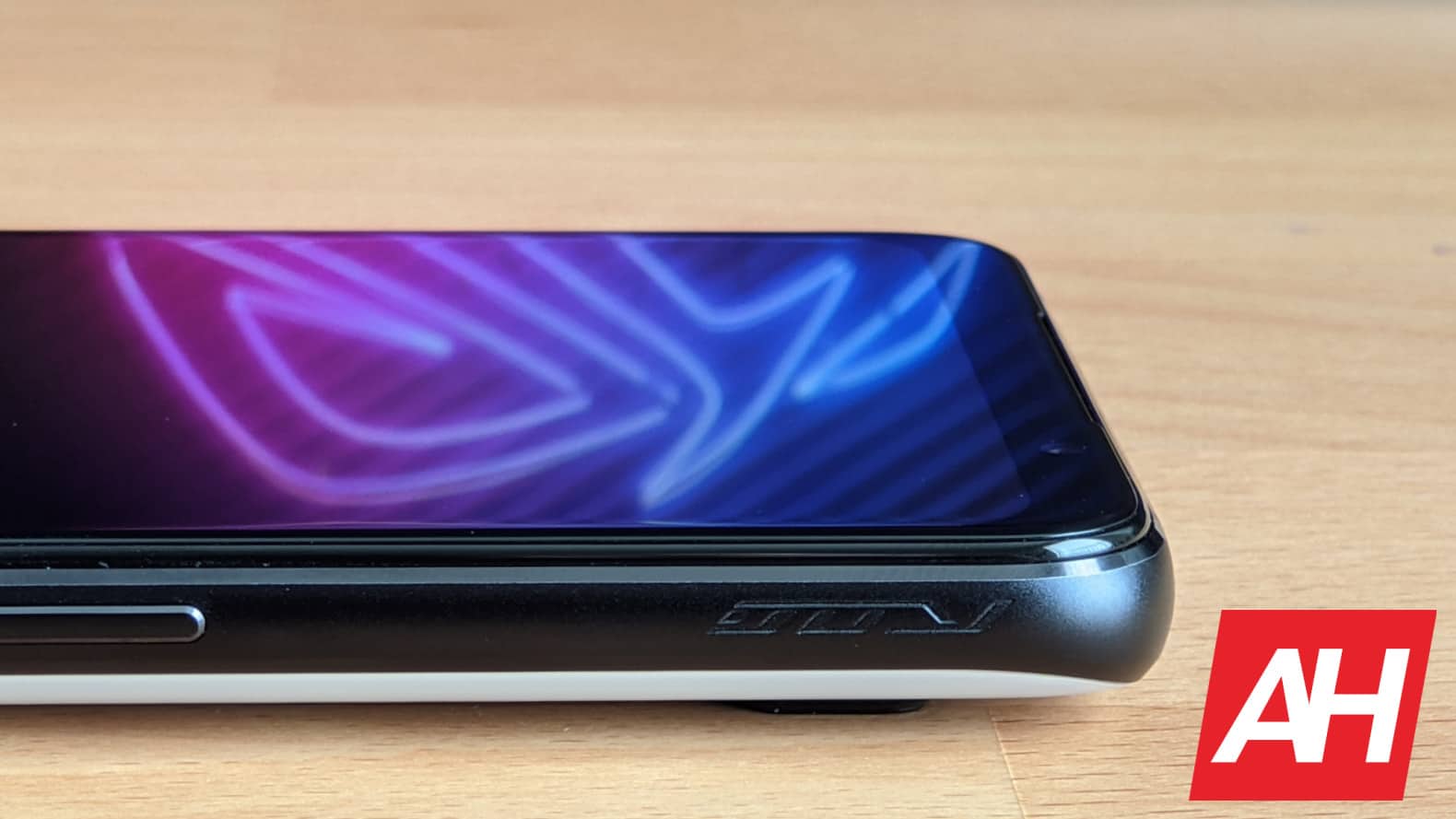 For starters, the AirTriggers are one of the main reasons to buy. These ultrasonic buttons give you two additional touch controls to work with in mobile games. Which are extremely beneficial in titles like Call Of Duty: Mobile and PUBG MOBILE.

With the ROG Phone 5 Ultimate though, you actually get two additional AirTriggers. As there are two on the right side of the phone, which turns into the top when you hold the phone in landscape mode, and two on the back. Giving you four additional buttons to work with.

The other two models only have two AirTriggers, but all three models have them closer to the edge now. So they’re easier to press for people with smaller hands. Which ASUS says was one of the main criticisms people had about them before. 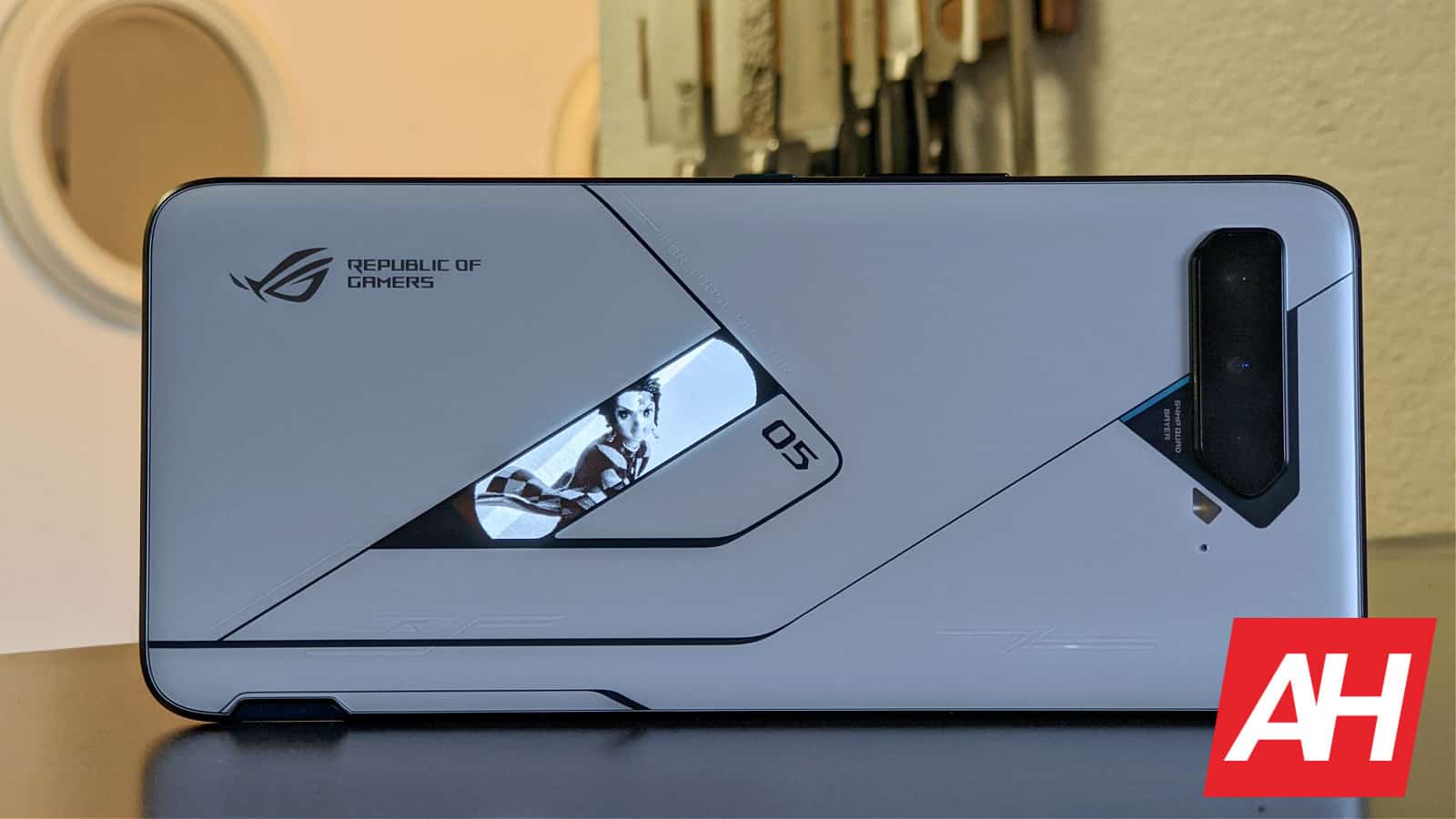 Aside from the AirTriggers, both the Pro and Ultimate models have a back display called the ROG Vision display. And this can be used to showcase images. There are some mildly functional things you can put up on it, such as the battery charging indicator and the phone alerts for calls.

But you can also display a number of different pre-installed ROG logo designs. The really cool thing though, is that you can customize the ROG Vision to your liking by loading in your own images. The possibilities are endless here because you can pick from downloaded images, or you can take your own with the phone’s camera first. You can even share your ROG Vision creations with others and you can download ones that have been shared.

While this is a cool thing for enthusiasts, it’s also really cool for Esports teams. As they could set up a team of ROG Phone 5 Pro or Ultimate devices for each player and have the team logo across the back of the display. Showing the entire time the phone screen is on and being used during competitions.

The game genie is a recurring feature of the ROG UI that ASUS has used in its ROG Phones for years now, but this year there’s a new feature added in called Esports mode.

You can turn this on specifically for Esports competitions. As some of the advantages the game genie affords you are not exactly allowed at these competitions. While you could turn them all off individually, the Esports mode makes things much more convenient because you can turn them all off with one tap. Then once the competition is over you can disable Esports mode and all those other extra features turn back on. Such as crosshairs, real-time information, AirTriggers, audio haptics, key mapping and more.

ASUS has brought back the motion controls for players. While you may not use these much in a wide variety of games, they’re particularly good for driving and racing games. Where the motion simulates the steering.

You can use this to enhance the sound of audio in games, such as first-person shooters for example. You do this by opening AudioWizard and then enabling the Game Mode, which will enhance the sounds of thinks like bullet fire and foot steps just to name a couple of things. 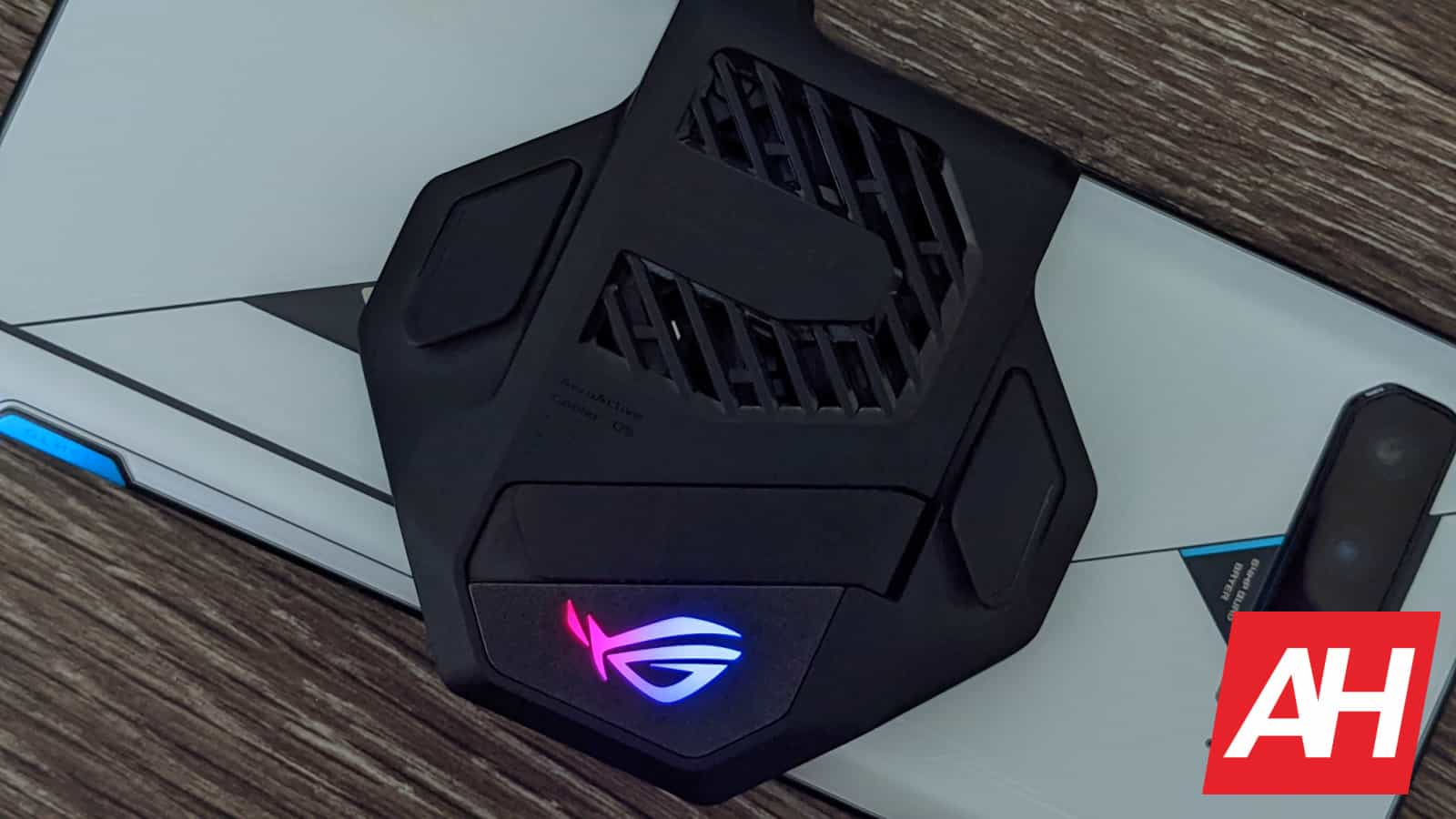 This only comes in the box with the Pro and the Ultimate, but you can optionally buy it with the standard model. And you should. Not only does this help to lower the internal temperature of the device while you play more intensive games, it also has two back paddle-style buttons. These essentially replace the back AirTriggers on the Pro and Ultimate. And on the standard model it simply adds the two back buttons it doesn’t have.

How much does the ROG Phone 5 cost and when will it be available to buy?

Officially, ASUS has not announced pricing for the phones in the US, but it likely will sometime in the very near future. For now, it’s only mentioned Euro pricing which is €1,299 for the Ultimate model. That translates to around $1,540. But it’s very likely that ASUS won’t be charging what the conversion rate says the price will be.

Again though these are estimated guesses for the cost as ASUS has not announced official US pricing yet. All three phones will be coming to the US though. Speaking of availability, the ROG Phone 5 and 5 Pro models should be here this month officially, with the Ultimate model launching sometime in May.

Does the phone offer wireless charging?

Unfortunately it does not. But none of the other phones have had it either so you’re not losing anything the previous phones have had. Part of the reason it doesn’t have wireless charging is likely due to how fast ASUS wanted the phone to charge, and it does that better with the included charger that comes in the box. According to ASUS, the phone can charge to about 70% in 30 minutes. And 100% in 52 minutes. While it wasn’t quite this quick for us, it would definitely not be that fast with wireless charging. 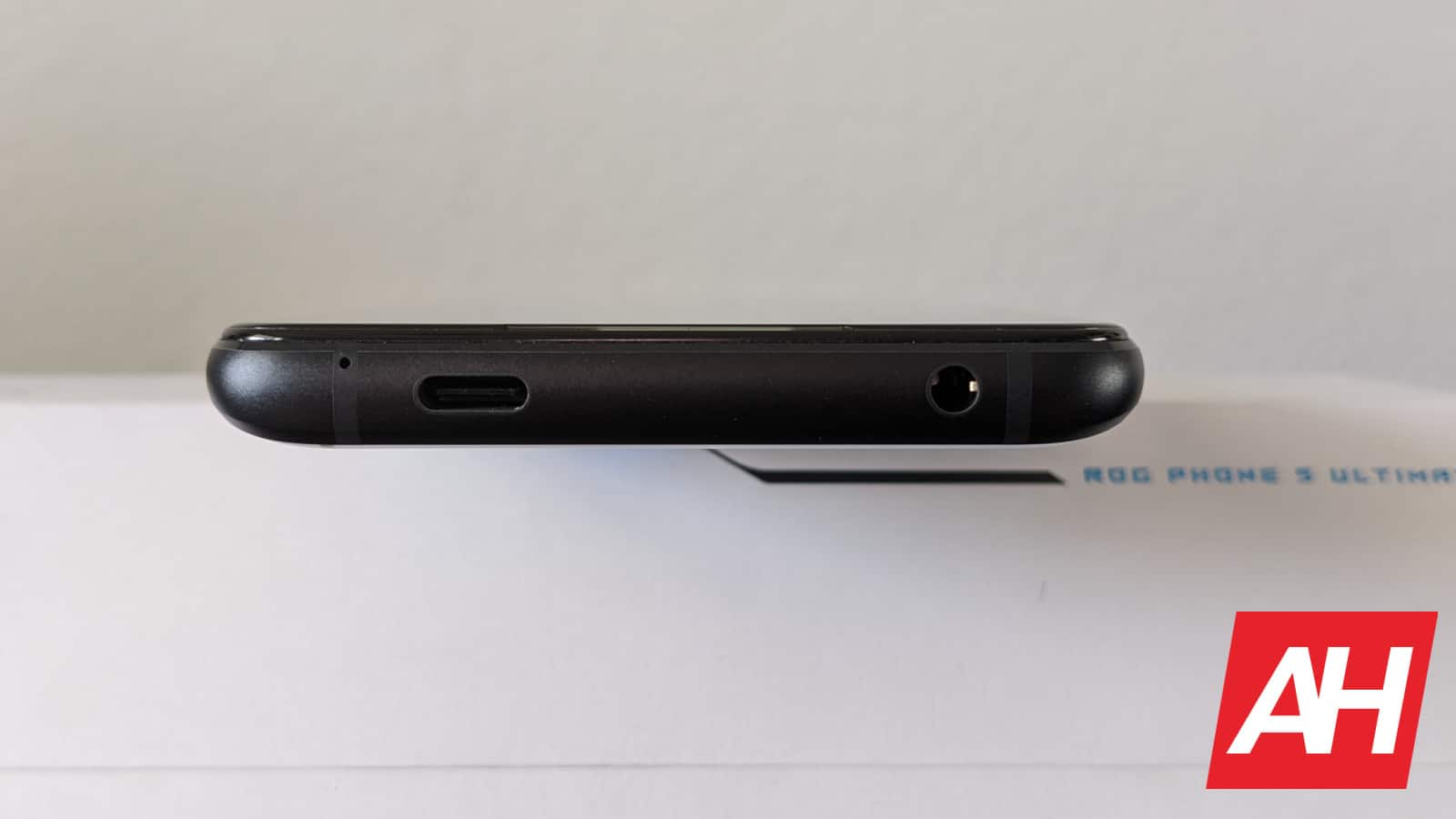 Yes! ASUS removed it from the ROG Phone 3 due to some space limitations with the design. But this time around, and after listening to fans, the company has brought it back for the 5 series because it saw how many people wanted to keep this feature.

So rest assured you can plug your wired earbuds or headphones into this new set of devices. It also does support high-quality Bluetooth audio if you prefer wireless connections.

Does it support cloud gaming?

Yes. In fact, Stadia came pre-installed on the ROG Phone 5 Ultimate unit that we received. So you should have at least that out of the box. It’ll also support Xbox Game Pass Ultimate cloud gaming if you install that app from the Play Store, as well as GeForce NOW.

While it’s overequipped for cloud gaming, it’s better to have more performance power than not enough.

Does the ROG Phone 5 work with controllers?

It won’t work with controllers like the Razer Kishi or the GameSur X2 however. As those only support phones which have the USB-C charging port in the middle. And the ROG Phone 5 series devices have it off to the side.

Is it backwards compatible with older ROG Phone accessories? 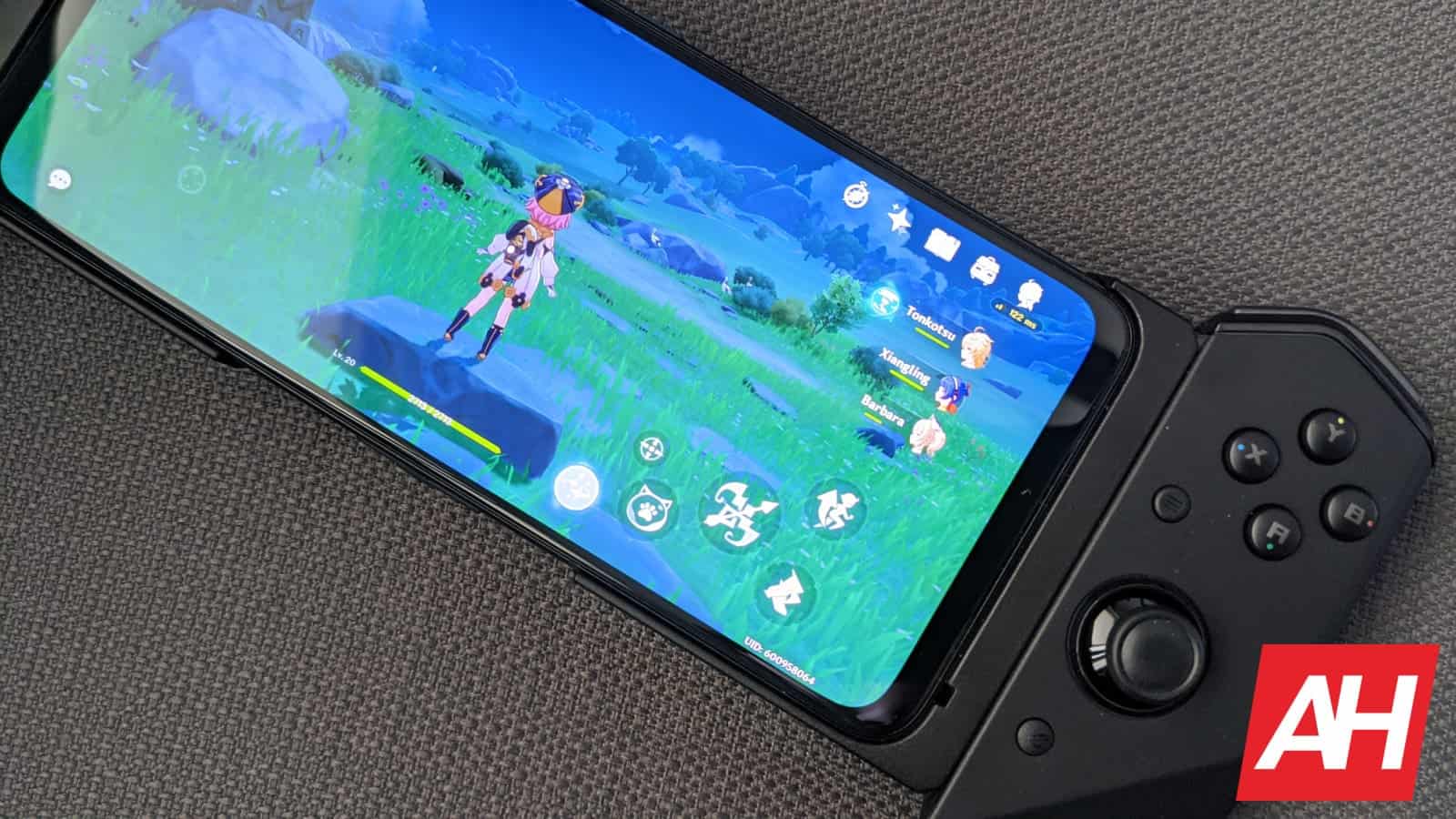 Some, but not all. The ROG Phone 5, as well as the Pro and Ultimate models, will work with the ROG Kunai Gamepad II and 3 controllers, the Professional Dock, and the Game Clip.

Yes. In fact there are new fingerprint unlock animations that have been added to the system. Allowing you to spice things up a bit if you feel so inclined to do so.

The phone will also support facial recognition unlock. And it works just as good, and sometimes better than it does on the Pixel 4.

Will all three models be available globally?

This is still sort of unclear. Technically it will be available globally as it will be available in various regions around the globe. But not nearly as many as some other, more popular devices. ASUS didn’t confirm every single region that would be getting access to the phone. Availability will include Taiwan and other Southeast Asian countries, Europe, the UK, the US, and likely some other regions.

Also worth noting is that the ROG Phone 5 Ultimate model will probably not be available in every region where the phone series in general will be sold. As the Ultimate model is fairly limited, and ASUS seems to be reserving availability for its biggest markets and its most passionate fans.