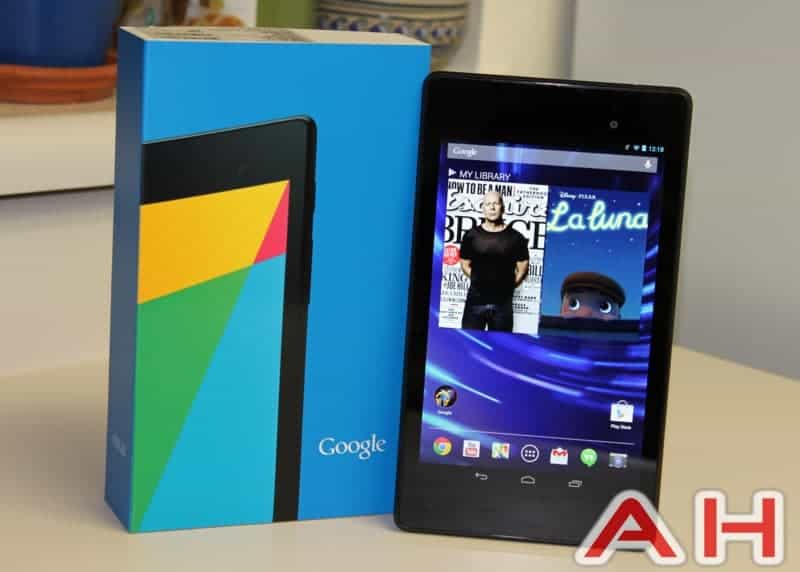 The new ASUS Google Nexus 7(2013) was announced on July 24th in 2013, and later launched on the Play Store for pre-order on July 26th, with devices beginning to ship July 30th. This was the second generation Nexus tablet from ASUS and Google, improving on the original with a new, better display, a better processor, and a completely different body makeup. It also added a rear camera alongside the front facing camera, and it came with more RAM than the previous first model of the tablet. It was certainly an improvement in many ways over its predecessor, and it was capable of handling just about anything you could throw at it.

When it comes to the specs, the 2013 Nexus 7 sports a 7-inch LED-backlit IPS LCD display with 1200 x 1920 resolution, 323 ppi, and protection from Corning Gorilla Glass. On the inside it carries a Qualcomm Snapdragon S4 Pro quad-core processor clocked at 1.5GHz with an Adreno 320 GPU running the graphics, with 2GB of RAM. It comes with either 16GB or 32GB of storage, and runs Android 4.3 Jelly Bean out of the box. It holds a 5MP rear facing camera and a 1.2MP front facing camera, and it's powered by a non-removable 3950mAh battery. It supports 2G, 3G, and 4G networks on the LTE model, and it supports dual-band WiFi 802.11 a/b/g/n on both the LTE and WiFi only models, along with Bluetooth 4.0 LE, GPS, and NFC.

The 2013 Nexus 7 was Google's best tablet to date, packing powerful specs in a small and fairly inexpensive package. Although a range of accessories wasn't offered immediately for the tablet from Google, after a few months cases and other accessories began to appear to accompany the great device along with third party accessories from other brands. The Nexus 7 2013 felt light in the hands, built solid and performed rather well during gameplay and other intensive tasks. The screen resolution was a pretty big improvement over the previous model, offering a sharper display picture. Audio was great and using it was fast and fluid.