The iPhone SE (2022) is going to be a phone that people love and hate at the same time. People love the value, but hate the design – which Apple first introduced in 2014. But it is a better buy than the Pixel 5a and some other smartphones in that price range, for some people. Which people you might ask? Well, your parents or even your grandparents.

People who need a phone to make calls, maybe make some texts, or keep up to date with the misinformation on Facebook. And are going to be keeping this phone for five, six, even seven years before upgrading to a new one. Those that don’t need the latest camera features, or the latest gaming features, or really any of the latest features. Even though the iPhone SE (2022) does have the latest processor from Apple, which does beat every Android phone in benchmarks.

You’re probably surprised to hear this coming from an Android site, but it’s true. And I’m writing this mostly to get Android OEMs to do better. Offer more compelling smartphones at around the $400 price mark, and continue supporting their phones longer. So let’s go over some reasons why the iPhone SE (2022) is better for some people.

It has the latest processor from Apple

Apple basically took an iPhone 8 (released in 2017!) and replaced the A11 Bionic with the new A15 Bionic which is available in the iPhone 13 series of smartphones, which starts at $699. Everything else is basically the same as the iPhone 8, including the camera, display, “home button” and more.

That is how Apple is able to make the iPhone SE (2022) so cheap. It has already spent a ton of R&D on this design, so they basically only need to swap out the logic board with the new one that has the A15 Bionic on-board. It also has more RAM than the iPhone 8 had. But that’s not really a big deal.

So why is it a big deal that this has the A15 Bionic? Well, that means that Apple will be able to support the iPhone SE for years to come. As of right now, iOS 15.4 (which just rolled out on March 14, 2022) is rolling out to the iPhone 6S and newer. The iPhone 6S came out in 2015. Yes, a seven-year-old phone is getting updates still, from Apple. And it might even get iOS 16 when that launches later this year.

Tell me an Android smartphone that can get updates from the manufacturer for seven years. I’ll wait.

At least five years of updates, probably much more

As we’ve already demonstrated, Apple is updating phones that are seven years old at this point. So how long can they update the iPhone SE (2022)? Who knows. Hell, it could be ten years of updates for this phone. Since it does have the A15 Bionic inside, it should be updated as long as the iPhone 13 models are updated.

That’s probably the single biggest reason why this phone is perfect for some people. Sure your mom and dad don’t care about getting the latest version of software, but continuing to get updates and support the phone means that Apple is also patching bugs and security flaws that could cause them issues. Of course, Apple is also able to release its updates to everyone on day one, since it has built all of this ecosystem, from the processor, to the phone to the software. Unlike Android.

Yeah, 5G isn’t really a big deal in 2022. But it will be in the next five years, likely how long your parents would be keeping this phone. There’s a caveat to this phone supporting 5G though. It does not support mmWave 5G. Only Sub-6 and C-Band 5G. Basically, the Sub-6 is that nationwide 5G we’ve had for a few years that isn’t much faster than 4G LTE. But C-Band is rolling out now (on AT&T and Verizon, soon T-Mobile), which offers much faster speeds. We’ve seen speed tests of C-Band 5G where it hit nearly a gigabit. So it’ll be plenty fast.

At $429, this is actually cheaper than the Pixel 5a with 5G. Which some will argue does have a better camera than the iPhone SE (2022), and I’d be one to argue that. But what the iPhone SE (2022) has going for it is the fact that it is simple to use. Again, this comes back to it being the best option for your parents or grandparents. They can just open the camera app and take a photo. Don’t need to worry about switching over to portrait mode or some other mode. Of course, that is possible on the Pixel 5a with 5G as well, but it can sometimes be a bit slower. 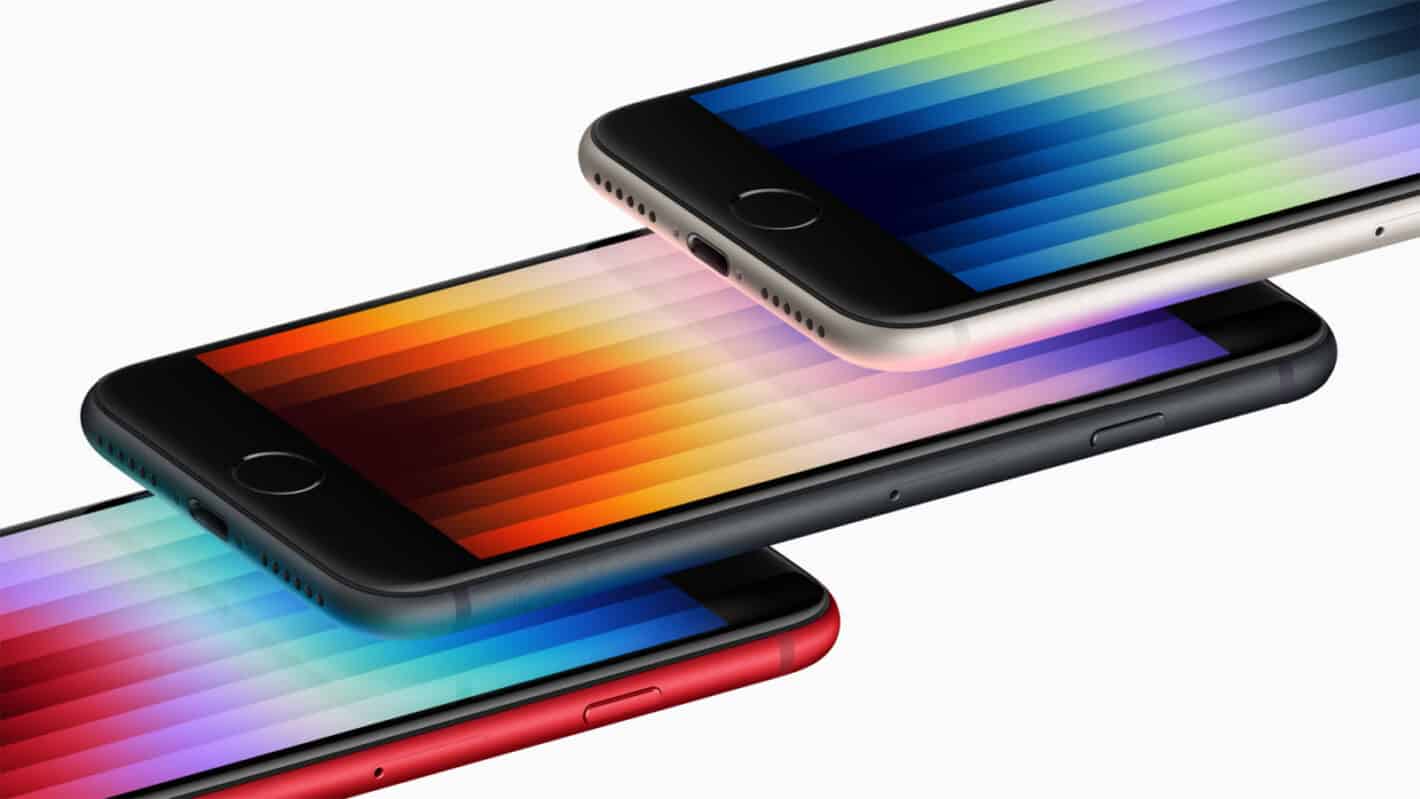 Do you think your parents are going to care that the iPhone SE (2022) has those huge bezels? Or that it is the same design Apple debuted in 2014 on the iPhone 6? No, they will not. They will care that the phone works as they expect it to, and that’s it. And that is why this design is perfect. Sure, those of you reading this editorial will disagree that it’s an ugly design, and is very outdated – which I agree. But you have to put yourself in others’ shoes for a moment and think about it.

We’ll take my parents for example, they have the Galaxy S21+, and actually wish the bezels were larger. As they do have issues with accidental touches on the screens from time to time, and with larger bezels, that wouldn’t be much of an issue.

And it has Touch ID. In a world where we are all still wearing masks from time to time, it’s great to have Touch ID over Face ID. Even though Apple did finally make Face ID work with masks in iOS 15.4 released this week – a little late Apple.

In closing, I really hope that Google, Samsung and other Android OEMs take a page out of the iPhone SE (2022) playbook and release a phone that is as competitive as this phone. It’s already cheaper than the Pixel 5a with 5G, which we thought was a bargain. And it’s likely going to be supported for close to a decade, which is very impressive.

Even though this is an Android site, I would buy the iPhone SE (2022) for my parents and grandparents. For myself? Nah.