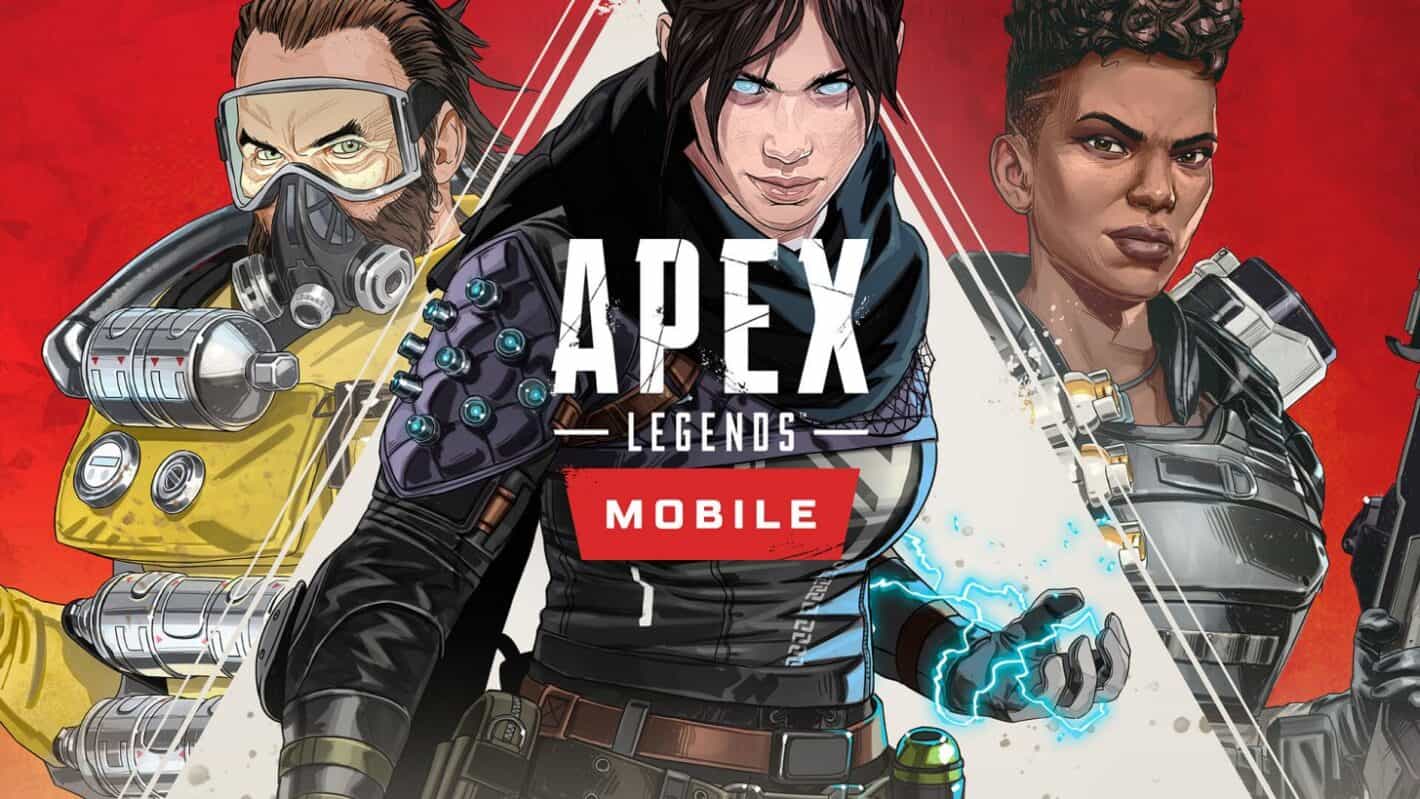 Apex Legends quickly became one of gaming’s most popular battle royale titles and the mobile version of the game is poised to follow a similar path. Apex Legends Mobile was officially announced in 2020 and since then, has gone through a lengthy development process.

Like the original version of the game that can be found on PC and consoles, Apex Legends Mobile has you jump into a huge map to fight for your life against numerous other opponents. You’ll drop in with nothing and need to scavenge for weapons and gear. All while contending with the danger of a shrinking map area.

If you’re curious to learn more about Apex Legends Mobile and what it has to offer, this handy guide will walk you through the basics.

What is Apex Legends Mobile? 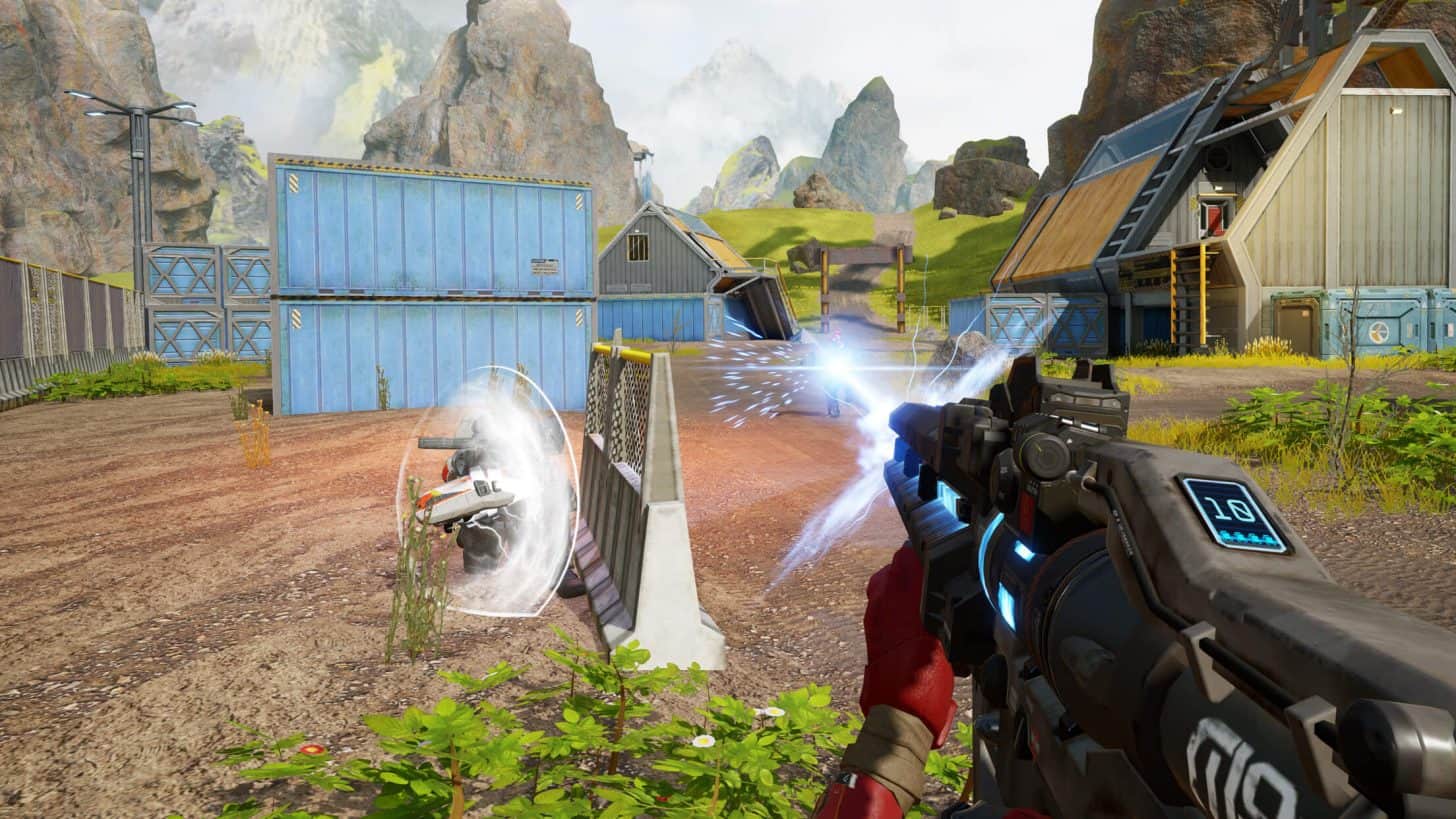 Apex Legends Mobile is the mobile adaption of the hit battle royale on PC and consoles. It’s free-to-play just like those other versions. It also features some of the same legends.

As a battle royale, your goal is to drop into the map and be the last person or team standing. You’ll need to find weapons and other useful gear and items as quickly as you can. If you don’t, you run the risk of not being prepared when you meet an opponent on the field.

As the match goes on, the map will shrink and you’ll need to move to the new safe zone. But this also means you’ll eventually encounter more enemies as the playable map area gets smaller and smaller. Forcing you and your opponents together.

What will Apex Legends Mobile cost?

As mentioned above this will be a free-to-play game. So it won’t cost you anything to download, install, and play it. There will however be microtransactions. So while you won’t have to spend money on any of it, they will be there for the people that wish to buy certain things. Like skins for your characters or gear.

There are plenty of people that don’t care for this type of pay model. But in the end it tends to work well for the developers. Plus it makes the game a lot more accessible. And this day and age there seems to be a lot more players than there used to be who would rather have a free game with optional purchases.

When is the game releasing?

Apex Legends Mobile is officially releasing on May 17. This will be a global release and it launches at the same time for both Android and iOS devices. If you haven’t already done so, you can pre-register for the game right now on both platforms. You can also check out the brand-new cinematic trailer for the game that was just released today to get hyped up for the launch.

Will there be a beta test?

Apex Legends Mobile has actually gone through closed beta tests already and is expected to go through more before it releases widely. The first closed beta test took place in the Philippines and India last year. EA says that it will continue to expand the test by adding more people into it. While also opening it up to new regions, and opening up iOS support.

When the tests started last Spring, they were only open to Android users. And officially that seems to still be the case. But iOS support for the beta is coming at some point.

Players who gain access to the beta should be aware that their progress will not be saved after launch. EA plans to wipe all beta progress prior to the game’s release.

The beta testing phase is over and the launch date has been announced. With the game coming next week.

What regions is the closed beta available in?

How many legends will be available to play? 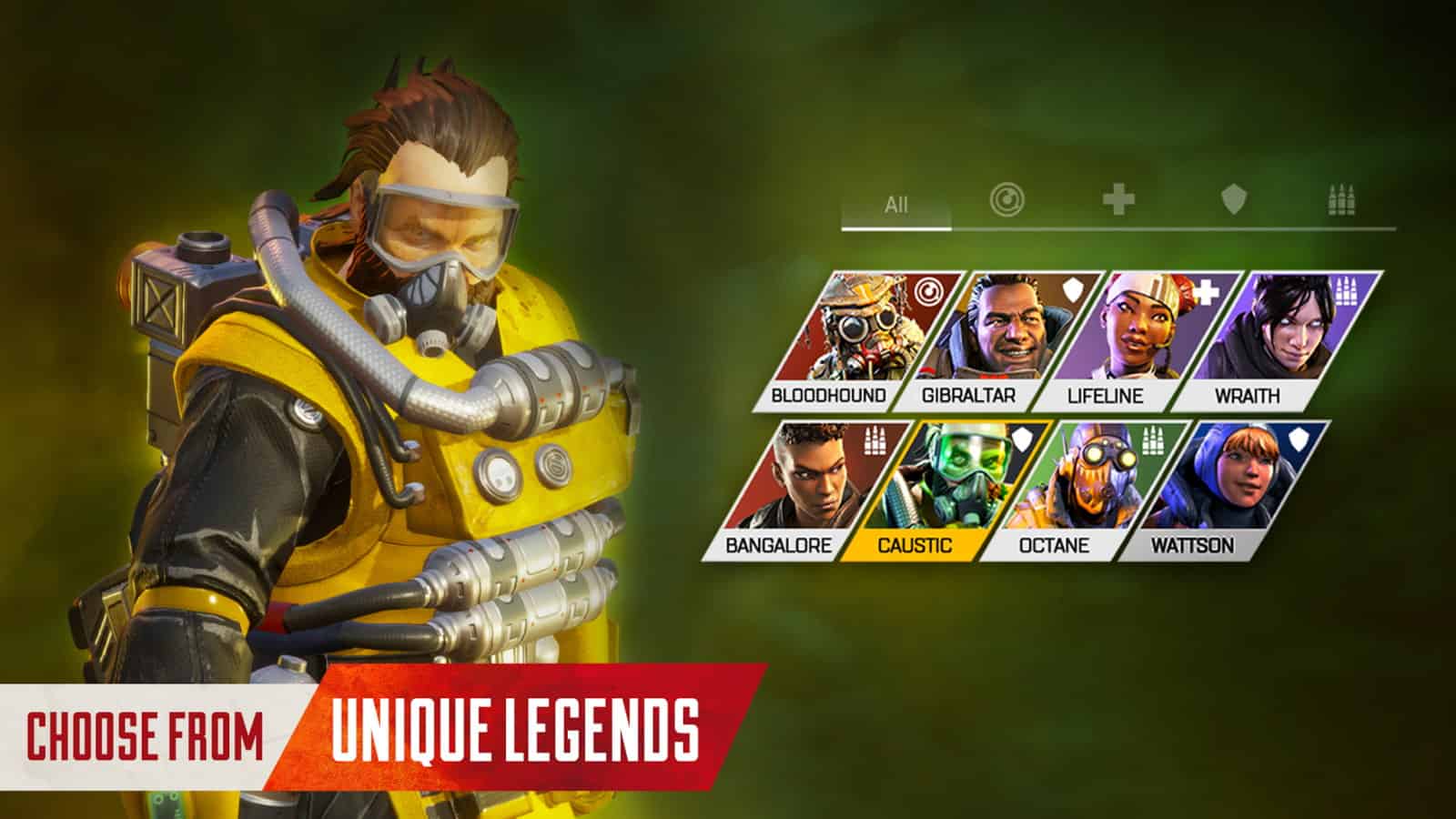 One of the more fun aspects of Apex Legends is the diverse cast of characters that each have their own special and unique abilities. This can help augment the experience in a match by quite a bit. Naturally, fans of the PC and console versions of the game probably want to know if all of the same legends will be available in the mobile title.

And as of right now it seems that won’t be the case. For the closed beta at least, EA is only adding in 8 legends for players to choose from. This will include Bloodhound, Gibraltar, Lifeline, Wraith, Bangalore, Caustic, Octane, and Wattson.

There is a possibility that more Legends will be added to the game at launch. Or even post launch. In fact, more of them will most certainly be added post launch. And it’s entirely possible that the smaller cast of playable characters was only for the purpose of a more controlled beta test.

EA did something similar with its betas for Battlefield 2042. Where you didn’t have access to all the available operators until the game’s launch.

As of now Apex Legends Mobile has gained two additional legends for players to choose from since launch. Loba, which officially launched in June and Rhapsody, which launched with the new season earlier this week.

There is now a total of 22 legends to play in Apex Legends Mobile. You can see the new full list below

Will I be able to play with friends?

Yes, Apex Legends Mobile will allow you to play with friends. You can team up with two other players and those can be friends or random people who are just looking for a team though matchmaking.

There are 20 squads of three players each for a total of 60 players per match. So just like PUBG Mobile, PUBG: New State, Fortnite, Call Of Duty: Mobile, and Final Fantasy VII: The First Soldier, matches will start pretty hectic. And they may stay that way depending on how good the remaining players are once you get down to the last few.

To reiterate though, you will be able to play with your friends as long as you add them to your friends list and team up before the match starts.

Are there any device requirements?

The Google Play Store listing for the game doesn’t have a list of requirements up. That doesn’t mean there aren’t any minimum requirements there, just that they may not be very strict. EA could also be keeping that information close to its chest for now as it works through the beta tests and furthers development.

EA does state that the device being used will need to run at least Android 6.0 or later. But, this is specifically for the closed beta. Ea also states that compatibility will be expanded when it comes to the launch version of the game to include more device types.

It’s recommended that Android users have at least 2GB of RAM and 4GB of internal storage space to install the game. Users will also need to be on at least Android 6.0, and have a phone that’s running at least a Snapdragon 430, a Kirin 650, a MediaTek Helio P20, or an Exynos 7420.

For iOS devices the requirements aren’t much different. They’ll need at least 2GB of RAM, 4GB of storage space, iOS 11 or later, and at least an A9 chip.

Will Apex Legends Mobile have cross-play?

No. Apex Legends Mobile will not support cross-play features with the PC or console versions of the game. EA says that this is because the game is being built from the ground up specifically for mobile devices.

What maps will be available in the game?

As of right now, only the World’s Edge map is available for play. However, EA does plan to share more details on additional maps once the game is closer to launch. So expect more maps to pop up either with launch or sometime shortly after. Perhaps in the game’s first update.

The same can be said for legends. EA is starting things small with the initial 8 we mentioned earlier. But closer to launch, and after, more legends will be become available.

Aside from World’s Edge, the original Apex Legends has three other maps, which includes Storm Point, Olympus, and Kings Canyon. EA of course makes no mention or even hints at what could be the next map available in the game. Presumably, EA will want to spread things out a bit. And a good way to keep the game lively is by releasing maps at different intervals instead of all at once.

With the most recent patch and seasonal release, Apex Legends Mobile now has five maps for players. Two of them, World’s Edge and King’s Canyon, are available in the Battle Royale mode. The other three, which are Overflow, Market, and Pythas Block 0, are available as Arena maps.

The game now has a collection of 7 different maps across 3 modes. You can find all the currently available maps below.