Over the past few years, Google has really been talking up this new “Android Automotive” platform, at Google I/O. And it’s about time we talked about what exactly Android Automotive is. Particularly now that GM is fully on-board with Android Automotive and will be using it with all of their upcoming vehicles – starting with the new Hummer EV.

Android Automotive is very exciting, especially for those that are Android users. Imagine having your car running the same operating system as your smartphone and tablet. Now that is pretty cool. And Google is slowly getting car makers on-board with using it in their vehicles. Like with Android Auto, it’s going to take time to make it widespread.

What is Android Automotive?

Which means we could see some heavy skins on Android Automotive like we have seen on Android. It’s a way for car makers to differentiate their vehicles to the competitors, and also make it blend in better with the car’s interior. Like the Hummer EV in the video above, it looks way better with what you’d expect from a Hummer, versus the vanilla Android Automotive experience. And it also gives you bigger touch targets.

Android Auto has been around since 2015. Which makes Android Automotive even more confusing. But Google does actually do a good job of making it easier to decipher the difference between the two on its Developer website:

Essentially, Android Auto is an experience that is powered by your smartphone, while Android Automotive runs natively on the hardware within your car – no smartphone required.

Android Automotive gives users a better experience. As they can just get in the car and start using their streaming service of choice, Google Maps, and even make phone calls, without having to plug in their phone. That might sound like a minor thing, but it can make a big difference. Of course, you can do this with Wireless Android Auto, but Android Automotive will not use up your phone’s battery life. Which is really nice. 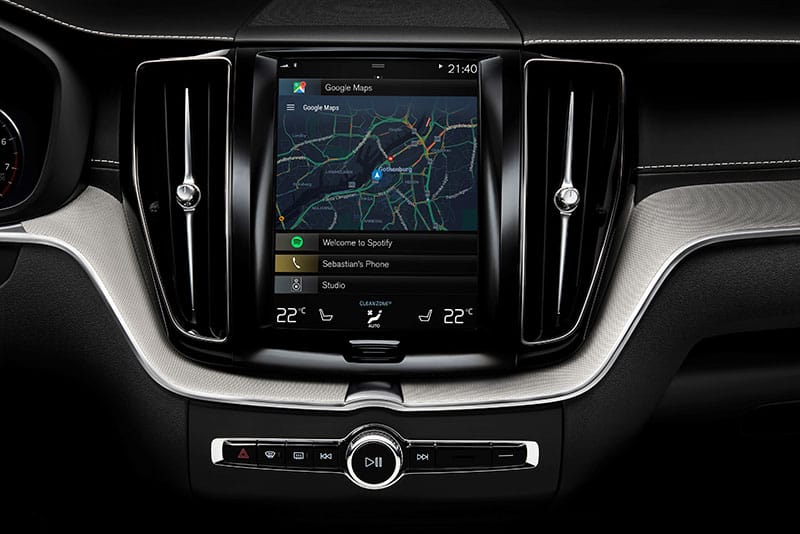 What is Google Automotive Services?

Even though Google doesn’t talk about it, you’ve likely heard about Google Mobile Services. This is basically the license that smartphone OEMs can apply for, to be able to run Google services on their phone. You’ve probably heard a lot more about GMS since the whole Huawei fiasco, and it losing access to GMS since President Trump banned them from working with US companies.

Well, Google Automotive Services or GAS, is essentially the same thing. As Google puts it “is a collection of applications and services that automotive OEMs can choose to license and integrate into their in-vehicle infotainment (IVI) systems.

Basically, if a car is using Android Automotive, it is in their best interest to license GAS, which will make their user experience even better. As GAS does include every Google service out there. That includes Google Assistant, YouTube Music, Google Maps, and much more. Including the underlying Google Play Services.

Are apps available in the Google Play Store? 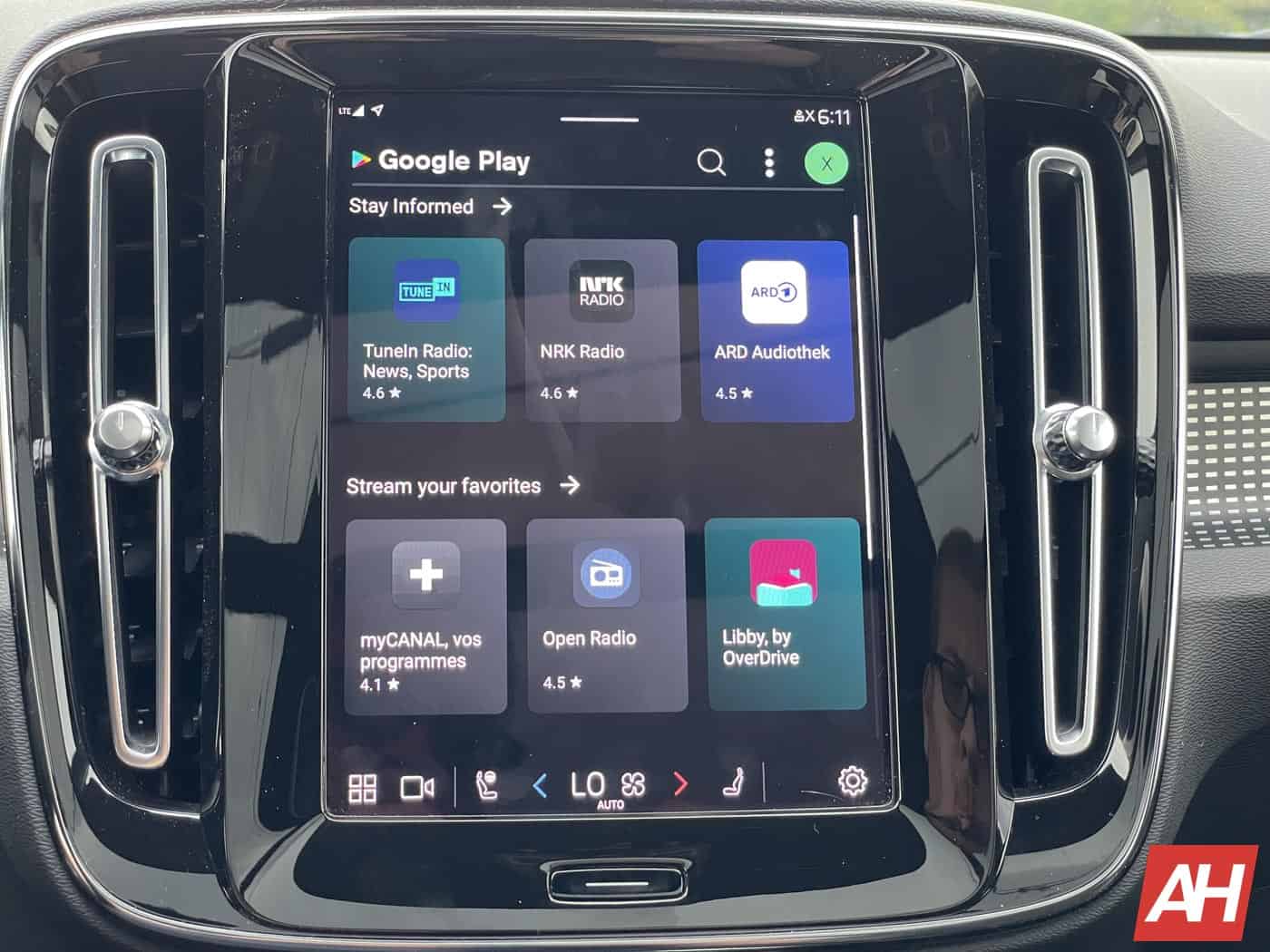 This opens up a lot of possibilities, as Polestar (and other car makers) could also opt to really change up the interface of the car. Or add additional modes. As all it takes is a simple app update. It’s pretty similar to what Motorola was doing almost a decade ago, where it pushed a lot of its system apps to the Play Store and updated them that way. Instead of through a system update.

It’s a pretty interesting way to improve your infotainment experience, but this means that you could choose between different navigation apps like Google Maps or Waze, for example. Of course, this is just the early days of Android Automotive, so this could change vastly in the coming years.

What apps are available and what do they look like?

Like with Android Auto, apps on Android Automotive are forced to stick within strict design guidelines. And the point in this is so that you don’t spend a ton of time looking at the screen while you are driving. So the apps look similar to how they would in Android Auto, but perhaps in a different aspect ratio. That means bigger touch targets, which makes it easier to use while driving.

However, with Android Automotive, app developers do get a bit more leeway in how they can design their apps. Spotify, for example, looks sort of like how it does on the desktop. But with a larger DPI, of course. 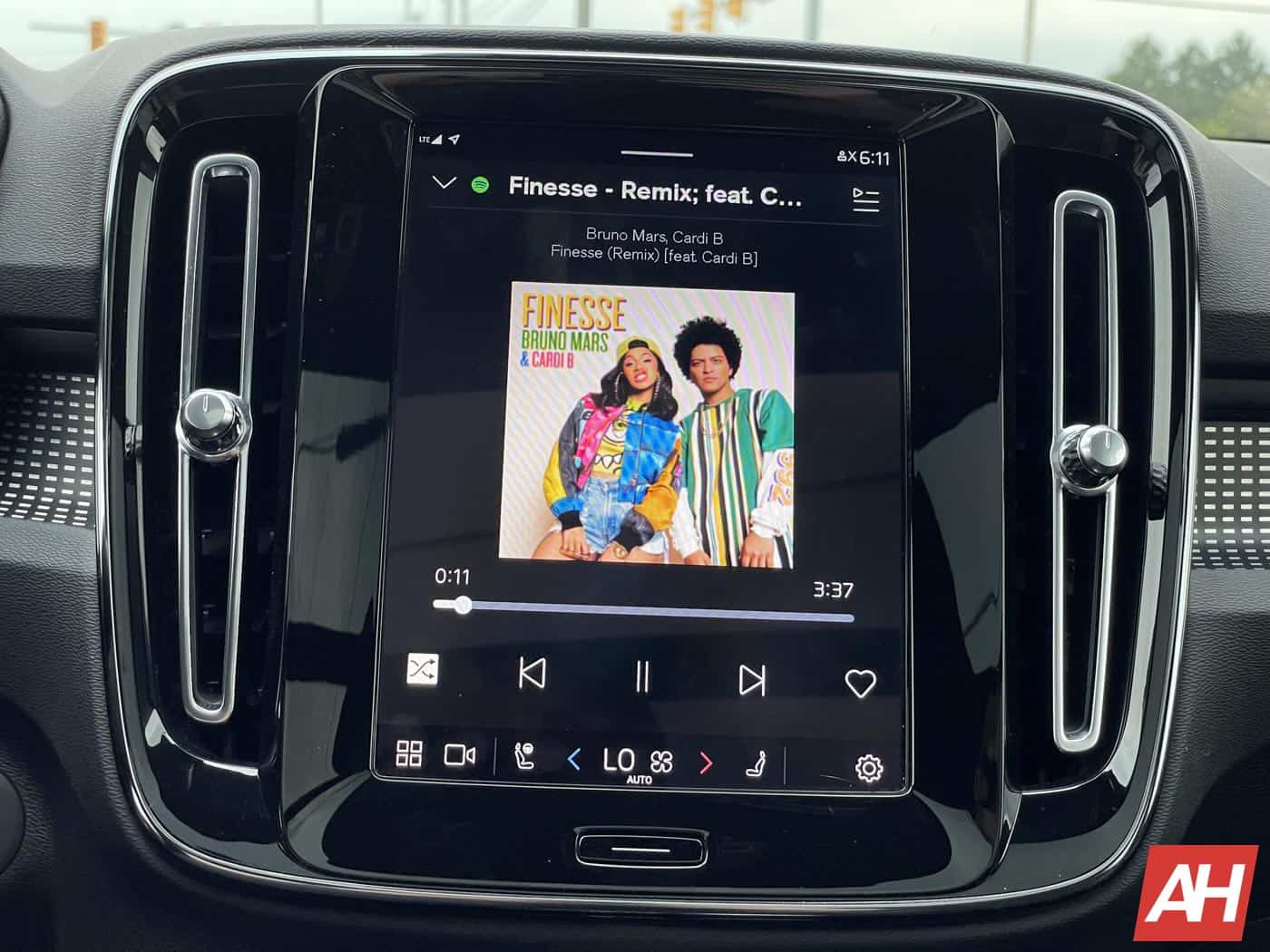 There are still design guidelines for Android Automotive, but they aren’t as strict. As we’ve seen with Polestar and Hummer so far, companies don’t need to stick with material design for Android Automotive. Though when it comes to media apps, the touch targets will mostly be in the same area, across different apps. So you can use muscle memory to change songs, and such. Without having to look at the display for long.

Then there’s sign ins. That’s still something that Google, developers and car makers need to address. As signing in on the screen in your car isn’t particularly user friendly. Though, a screen like the Polestar 2 has, is a lot easier. As it is a larger portrait orientation screen.

Car makers are also releasing their own apps to find chargers, particularly for electric and hybrid vehicles. Which is going to be a lot easier to use, then to pull out your phone and open the PlugShare app to find where you can charge your Polestar 2. These are apps that are needed for newer cars, which are also electric.

Google announced at Google I/O 2022 that it was bringing video apps over to Android Automotive. This is after it had already announced that YouTube was coming. Some other names it threw out included EPIX NOW and Tubi TV. So you can watch videos while you’re stopped and charging.

Additionally, Chromecast is coming, which will allow you to Cast basically any video to your screen in your vehicle. But only while you are parked, for obvious safety reasons.

Do I need to login to use my car?

Google is going to want you to sign in, and of course that will make it easier to download and use apps. But it is not required. But we would highly suggest you do, as the Android Automotive software can bring in cloud preferences and user customization from your account.

Notably, offline Android Automotive should work pretty much the same as  it does when you are logged in. All of the vehicle apps will work. Meaning you don’t need to sign into your Google account to change the temperature on your AC.

So why is Google making Android Automotive usable without an account? China. Countries like China where Google services are not available, need to be able to use these cars too. And in China, it would be pretty much impossible to use. But they can still use apps like WeChat, QQ Music and Baidu Maps. Though it will be interesting to see how the Polestar 2 would look in China. 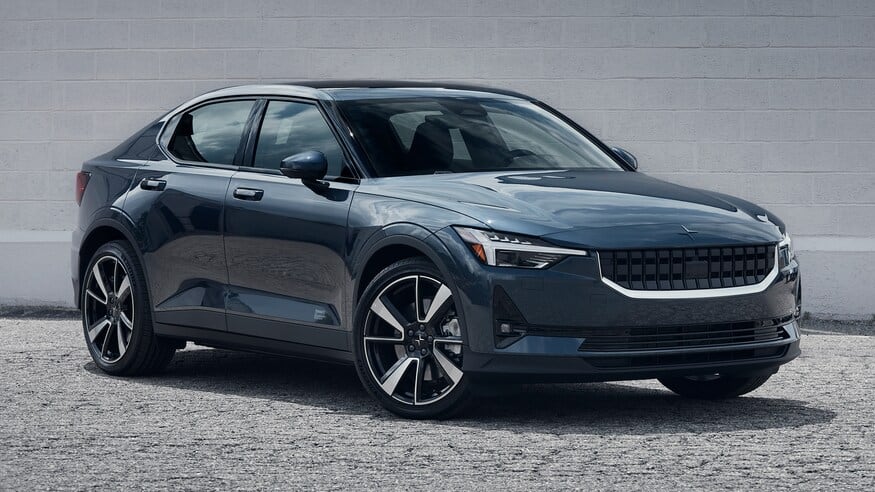 As of right now, there is only one car maker that has vehicles on the road powered by Android Automotive. And that is Volvo. The Volvo XC40, and the Polestar 2 – which is Volvo’s performance car brand.

So Google does have most of the bigger car companies on-board for using Android Automotive. Though things do move pretty slowly in the automotive space. So even though we should start seeing Android Automotive vehicles in 2021, it might be a year or two later before they become more popular.

These are the current cars that have Android Automotive built-in:

Why would a car maker use Android Automotive over their own system?

A big question with Android Automotive is, why would a car maker like Toyota want to use it over its own system? As you might have noticed, Toyota has not jumped on board yet. Though they were pretty slow in adopting Android Auto too.

And that’s what Google has been trying to talk car makers into doing. Allowing them, a software company, build the software for their vehicles. Which also means that they will get tighter integration into Google services like Google Maps, Google Assistant, and others. Which is much better than say, Ford’s built-in navigation and voice commands. Which is why vehicle makers are starting to jump on board with Google pretty quickly.

How does Android Automotive benefit the user?

The biggest benefit is, this is going to be software you are already familiar with. Particularly if you use Android. Instead of some cumbersome software that the manufacturer threw together, which is typically pretty terrible.

It’s also going to bring all of your favorite apps to your vehicle, without having to plug in your phone to use them. Like Spotify, Google Maps, Waze, Google Assistant and much more. Imagine being able to ask the Google Assistant to turn down the AC in your Hummer EV. That will be possible thanks to Android Automotive, which is huge.

But the biggest benefit is definitely the usable software. We’ve all used the software from companies like Ford, GM, Chrysler, Toyota and others, and know just how bad it really is. And Google will change that with Android Automotive here.

On June 2, 2022, Google announced the Android Automotive OS 12L update is now available. So car OEMs will need to update their vehicles with this update. There’s not a lot of changes here. Some visual changes for notification grouping, better Bluetooth repairing. And we are also getting Quick Controls. So OEMs can choose to have quick settings for things on the home screen for Android Automotive.

Here’s the full developer changelog for this version:

Will my next vehicle have Android Automotive?

Most likely. Even though the automotive space does move pretty slowly, your next car will most likely have Android Automotive. Unless you are buying a new car this month.

Where Google has Ford, Chrysler, Dodge, Chevy, Cadillac, Buick, GMC, Nissan, Mitsubishi, and Volvo all on-board already for Android Automotive. It’s very likely that your next vehicle is going to sport it. And as an Android user, that’s going to make for an exciting drive.