Skip to content
Advertisement
Trusted By Millions
Independent, Expert Android News You Can Trust, Since 2010
Publishing More Android Than Anyone Else
26
Today
117
This Week
117
This Month
6692
This Year
116659
All Time
Advertisement With Android 12, Google introduced its theming system to stock Android. Some people like it, some do not, but one thing is for sure, it’s pretty barebones. Perhaps my expectations were too high here, but I expected much more from Google. My colleagues tend to agree with me, and some other people from the industry I’ve talked to. It’s nice to see that Google introduced it, sure, but it’s not exactly what it should have been. That’s what we’ll talk about in this article. We’ll talk about this theming system in general, and what Google could have done better. I’ll also throw some of my initial expectations into the mix, as this is an opinion piece after all. Your opinion(s) may differ, of course.

Hyping up the Android 12 theming system did not help, at all

Google has been hyping up the customizability of Android 12 from the start, pretty much. The fact that the new UI Google is using is called “Material You” says a lot. The main premise of this entire update has been that “Material You” will adapt to you, your style, your needs. So, what did we get in the end? A barebones theming system that tends to misjudge the colors of our wallpapers, and doesn’t really give us any options to do anything manually. Does that sound harsh? Well, yes, maybe it does, but that doesn’t mean it’s wrong, though.

What did we get?

If you navigate to the “Wallpaper & style” menu in your Pixel’s “Settings”, you’ll see all the features that Google is offering, pretty much. Here you’ll be able to change the wallpaper for both your home screen and lock screen. On top of that, you’ll be able to choose between a couple of sets of colors Google pulled out of your setup, or choose one of the “Basic colors” Google is offering. Google also included the “Dark theme” toggle here, along with the “Themed icons” option, which is in beta at the moment, and the “App grid” setting. Let’s break this down further, shall we, so that we can see what is wrong with these options.

Color suggestions are completely off, and we can’t do anything about it

If you take a look at the screenshot below this paragraph, you’ll see my choices for a lock screen, and a home screen wallpaper. Both of these wallpapers are predominantly dark. They were made for AMOLED screens, and the percentage of black pixels on each of them is extremely high. Each of them also has some darker shades of other colors. 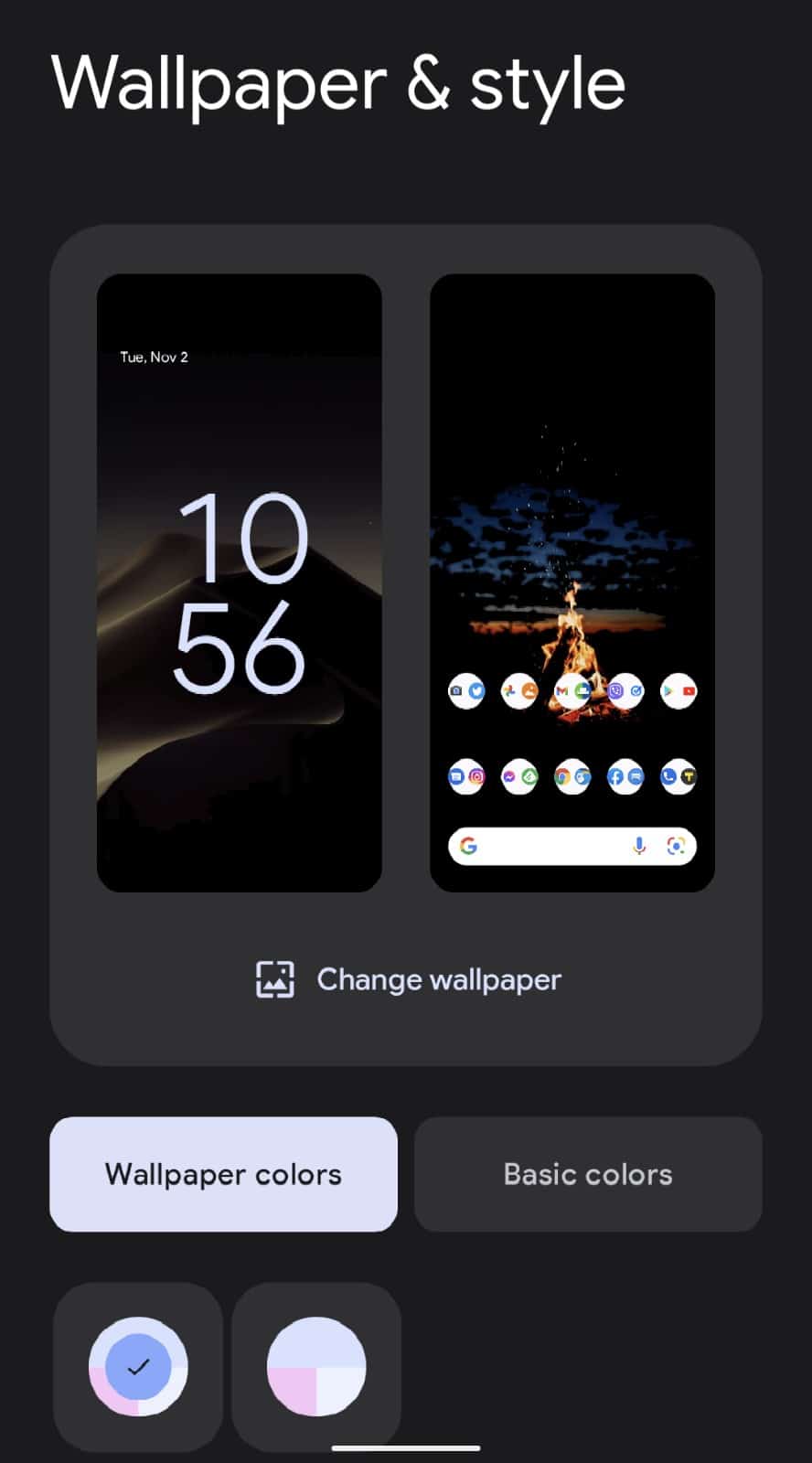 One would expect that Android 12 will offer me one of those colors, one of the colors that are not dominant. What did it do instead? Offer color options that don’t really have anything to do with these wallpapers. If you take a look at the screenshot below, you’ll see Google’s suggestions. These are extremely bright colors that are not even close to the ones included on my home screen or lock screen. I set those wallpapers on purpose, so that I can get a dark red or blood red accent color for my quick toggles, and so on. That didn’t happen. I tried out like 20 different wallpapers to try and get anything that is darker or different than these washed-out pastel colors Google is suggesting, and I failed.

Some of you may think, well… okay, click on the “Basic colors” and choose the one you like. That would make sense, right? Well, yes, it would, but not to Google, it seems. When I tap the “Basic colors” option, I get the suggestions shown below. These suggestions, once again, have nothing to do with my wallpapers. The last one, arguably does, slightly, but these are completely the opposite of the colors I wanted. And no, I cannot choose a different color here, these four suggestions are all I get. On OxygenOS, for example, you have a huge variety of colors to choose from for your system accents, and on a number of other third-party skins. You can easily set whatever you like. That’s not the case here, not even close.

Google tried to automate things theming, but it kind of failed

The whole premise of your phone automatically picking colors from your wallpaper in order to adapt the UI to you is great. I’m not saying it’s not, not at all. The idea is excellent, and with the right implementation, Google could have done wonders here. These automated suggestions and the entire implementation is not even close to what it should have been. For that exact reason, Google should have offered us a choice to set those colors manually, and offered us a ton of colors to choose from, as that’s what Android is about, customization. Well, someone at the company apparently thought that’s not a good idea.

What about “Themed icons”?

I won’t be too harsh when it comes to Themed icons, as this feature is still in beta. I’ll just say that it doesn’t work well either. If you flip the switch, and allow Android 12 to theme your icons, it will do that only for Google’s very own apps. Every other app that you have installed will have a normal icon. That kind of makes this feature completely useless at this point, as you’re getting contrasting icons across your home screen and app drawer, which results in a real mess. It would be a useful feature if you only used Google apps and nothing else, but no one does that. I’m hoping that Google will find a way to alter all the icons with this feature, which would make it far more useful.

So, Google is also offering you a chance to change your app grid in Android 12. You can choose between 2×2, 3×3, 4×5, 4×4, and 5×5 setups. That’s perfectly fine for most people, I guess, but why not allow us to choose whatever we want here? Some people may prefer 5×4, or 4×3, or 3×4. Some may want to go crazy and set an 8×6 app grid. Why not? The Pixel 6 and 6 Pro displays are really large after all, why not take advantage of that screen real estate? I’m mentioning those two phones, as they’re supposed to represent this software, they’re the first to ship with it. Third-party launchers have been offering app grid settings that are miles ahead of this one for years and years. This is simply too limiting. 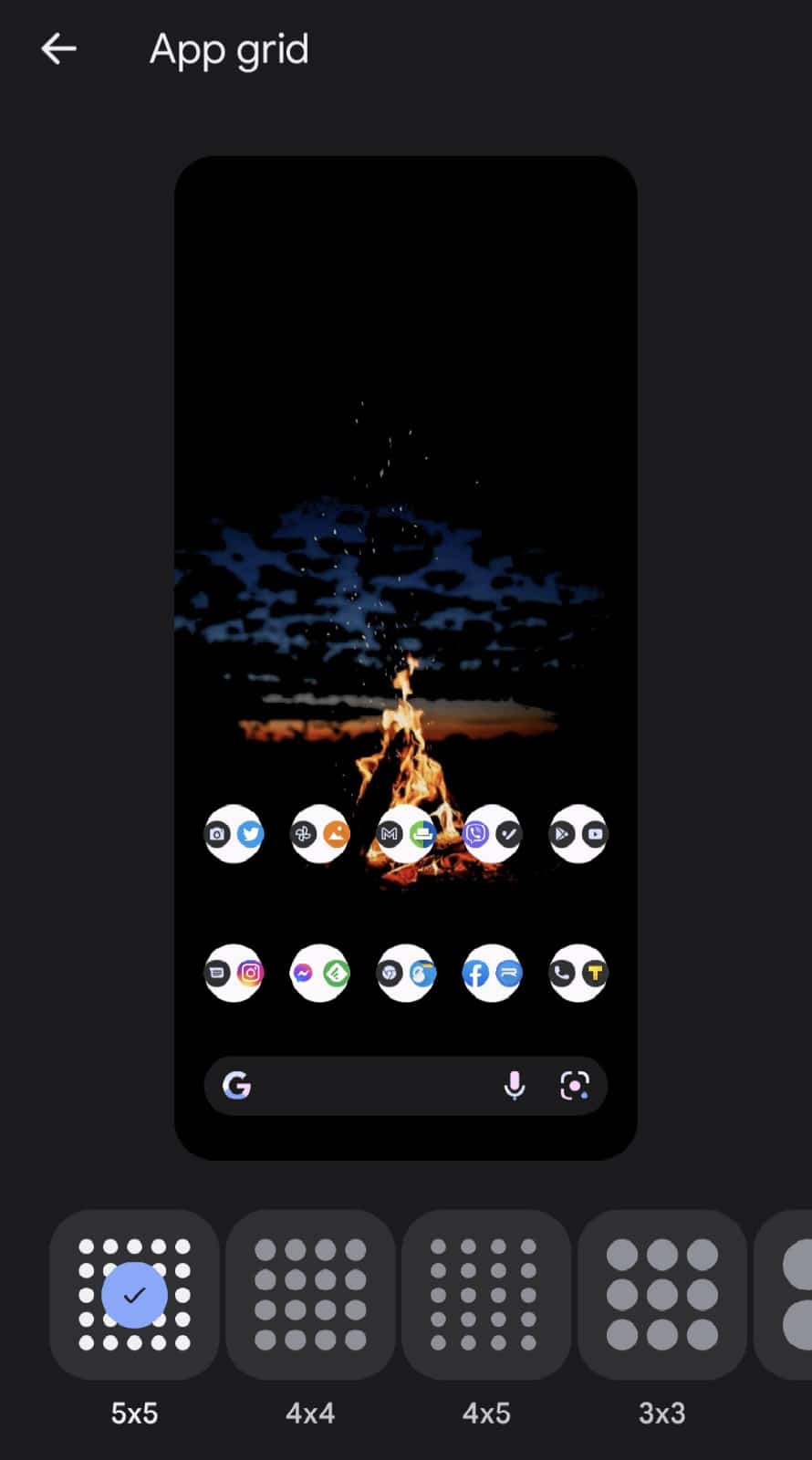 What Google should have done?

When I first saw the news that Google will bring a theming system to Android 12, I was overjoyed, to say the least. I’ve been waiting for more theming options on stock Android since the beginning, basically. I was looking forward to choosing my accent colors, shapes of quick toggles, maybe even colors of the UI in general, like the background for the notification shade, Settings, and so on. What Google delivered is not even close to that. The word gimmick comes to mind for this theming system, but saying that wouldn’t be entirely fair, as it is functional, to a degree.

Third-party Android launchers have been delivering tons of features for years now. Google should have taken at least a small portion of those features and include them in its own theming system. To make matters even worse, Google essentially broke third-party launchers with Android 11, and it didn’t do anything to fix that with Android 12. If navigation gestures are set on your Pixel, and you try using a third-party launcher to replace the Pixel Launcher, you’ll stumble upon various issues. On Nova Launcher, Microsoft Launcher, and various other third-party launchers, you won’t be able to swipe up to get back home without the launcher redrawing the home screen almost every time. On some launchers some gestures don’t even work, like calling up the recent apps screen, and so on.

Developers of those launchers clearly stated, a while back, that this is Google’s doing, and that there’s nothing they can do about it at this point. They said Google needs to act, and change things around. I was hoping this will happen with Android 12, but it did not, all those launchers are still having issues. A new version of Lawnchair Launcher is coming, and it will be based on Android 12. The developer is completely rewriting the code, so that launcher, hopefully, won’t have any issues. Developers should not be forced to do that, though, needless to say. 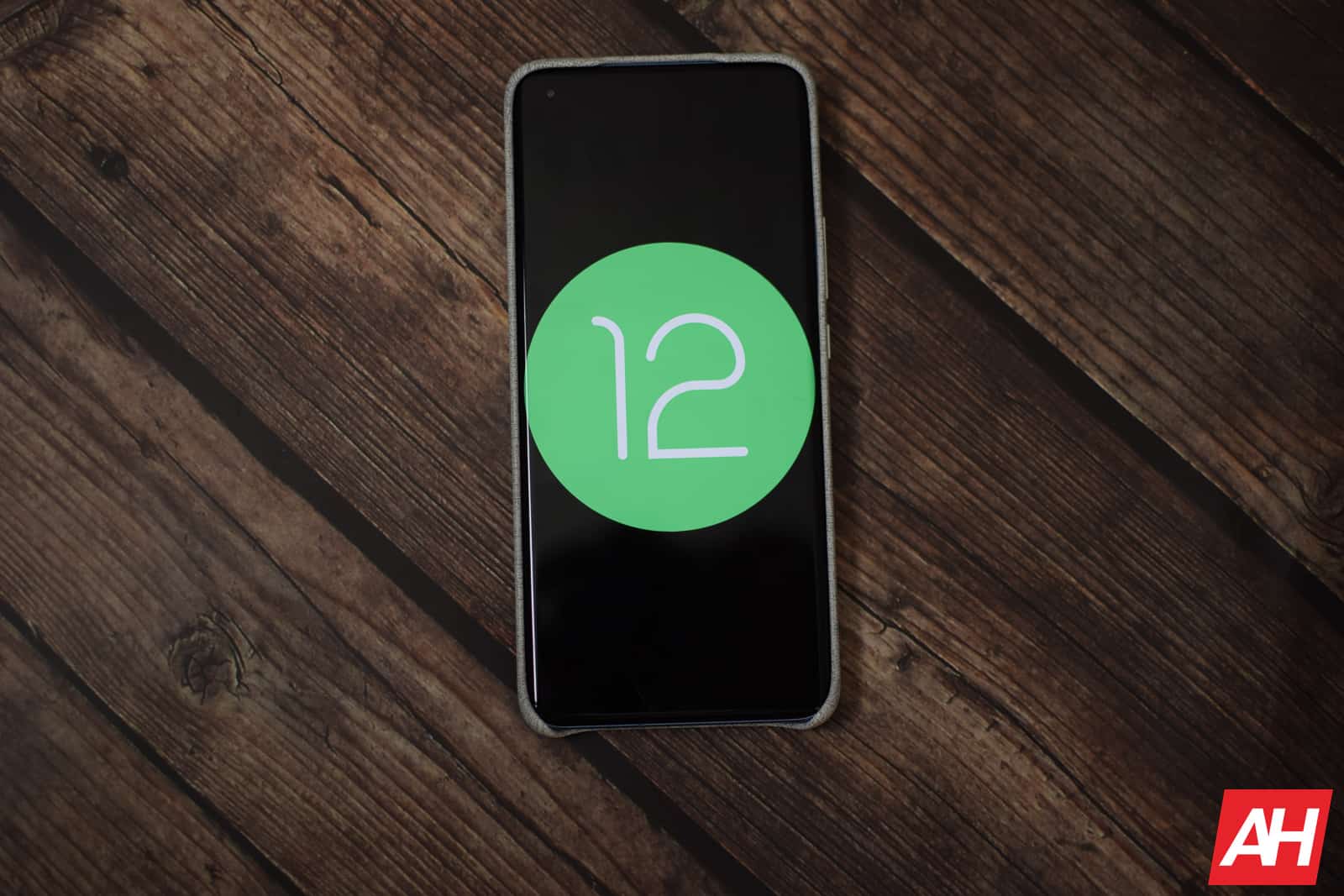 Google can improve this implementation, of course it can. The company has been doing a great job on the software side of things for a long time. Stock Android has been loved by many over the years, and Google has the power to improve things, and quickly. I’m hoping that future iterations of Android 12, or at the very least Android 13, will bring major improvements when it comes to theming. The entire theming system could be so, so much better, with only a couple of changes, and a couple of new feature additions. Google, please, focus on improving it.