Android 11 is finally here. It was released to Pixel, OPPO, Xiaomi and a few other smartphones on September 8, 2020. Android 11 comes with quite a few new features, some of which, most users may never use. But it does make an already mature OS even more mature. Which is great to see.

Here in this post, we will round up all of the features that are available in Android 11.

Android 11 technically has hundreds of new features. In this post, we have highlighted the major ones, and the smaller ones will be towards the bottom. Of course things like native screen recording, bubbles and the Exposure Notification API are the big ones.

So this is something we knew was coming. Google and Apple have been working together on this, since the global pandemic started earlier this year.

The Exposure Notification API is a new API that allows official health organizations to make contact tracing applications. This is going to be to help stop the spread of COVID-10. with Android 11, the Exposure Notification API is turned on automatically. It’s important to note that this is not tracking any location data about you. And honestly, Google already has more data about you than this API is going to gather.

Perhaps the big headlining feature this year is Bubbles for messaging apps.

This is basically what Facebook Messenger has been using for many years. Google basically took Messenger’s Chat Heads and made it available to all messaging apps on Android. The whole point here is to make it easier to reply to your friends and family members, without leaving the app you are in. 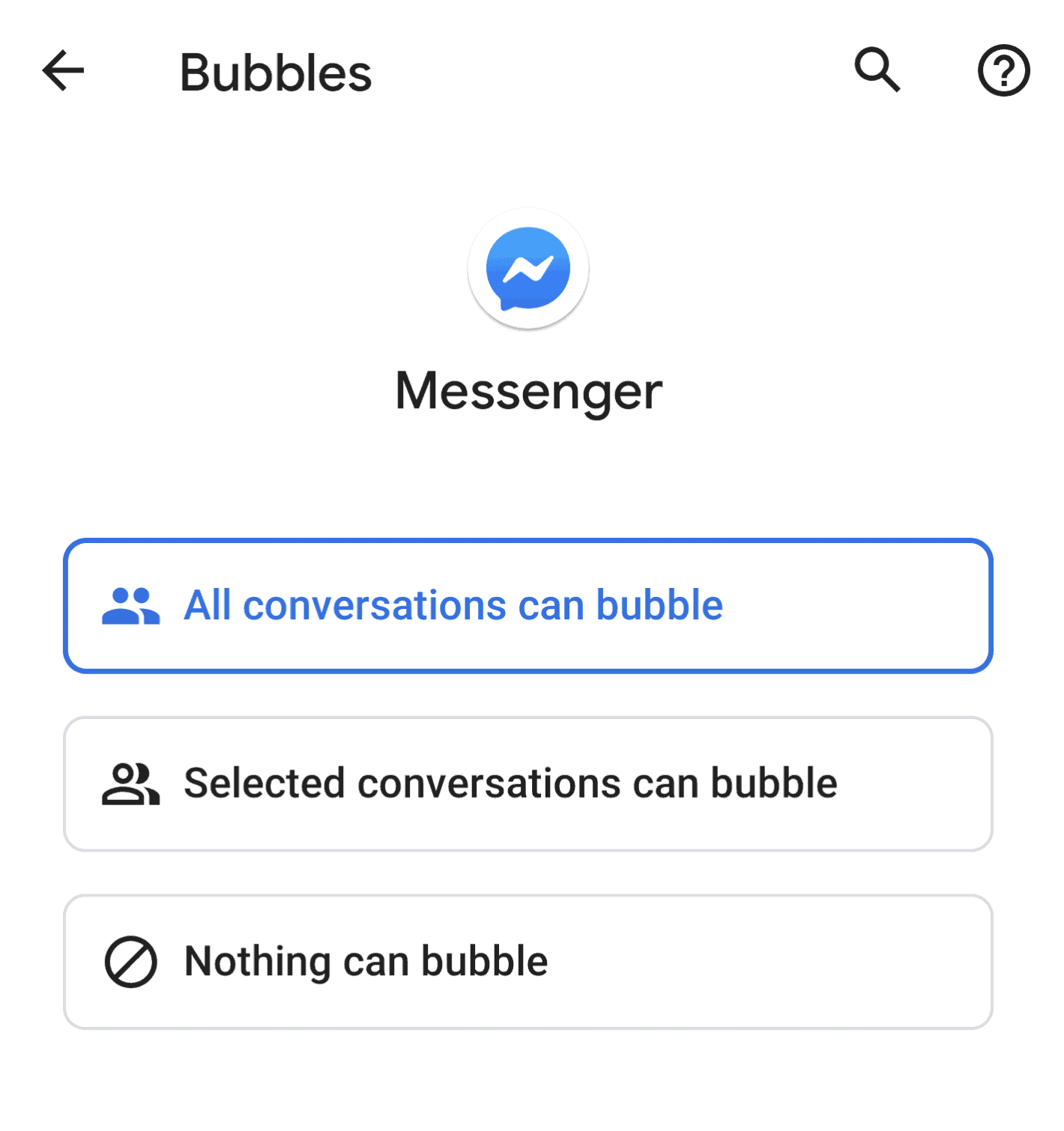 Unfortunately, at the release of Android 11, not all messaging apps are compatible with Bubbles just yet. But that is expected to change in the coming weeks. As of now there are a handful of apps that support it. Like Facebook Messenger, Google Messages, Telegram and others.

Bubbles can be turned off on a per app and per conversation basis. And when you get the notification for a new message in your notification shade, you also have the ability to “bubble it”. If you wish to do so. Making the settings for this feature really intuitive.

Surprisingly, it took Google all the way until 2020 to add a built-in screen recorder to Android. But this also kills a number of apps on the Play Store that did the same thing.

In the Quick Settings area, you will notice a new screen record tile. This is by default on the second page, but you can rearrange them so it is more front-and-center for you. Just tap on that to start recording and then to stop, tap on it again. It’s super simple.

On top of capturing the screen, it can also capture device audio. Allowing you to record sound with the built-in microphone on your smartphone.

Google decided to change permissions once again in Android 11. And this time, it’s to make your device and information even more private.

The first change is the “auto-reset” of permissions. If you haven’t used an app for a while, Google will automatically reset the permissions for that app. So that it no longer has access to your location, or your call logs (for example). When you open the app again, it’ll ask you for the permissions once again. It’s not a huge hassle, but it can help with your privacy.

The other change is mostly having to do with location permissions. With Android 10, Google gave us the option to only allow permission while the app is open. Now, you can also opt to ask every time you open the app. Allowing you to have more granular control over what apps have location access.

Media controls also got a slight redesign with Android 11. Instead of appearing like a notification, they now appear in the quick settings section.

It still acts mostly the same, allowing you to play/pause, skip, go back, etc. But now you also have the ability to choose which device your audio is playing on. Whether that be the device itself, or something else like a pair of headphones, a speaker or something like that. Which is insanely useful, and only Spotify allowed you to do that within the app, previously. 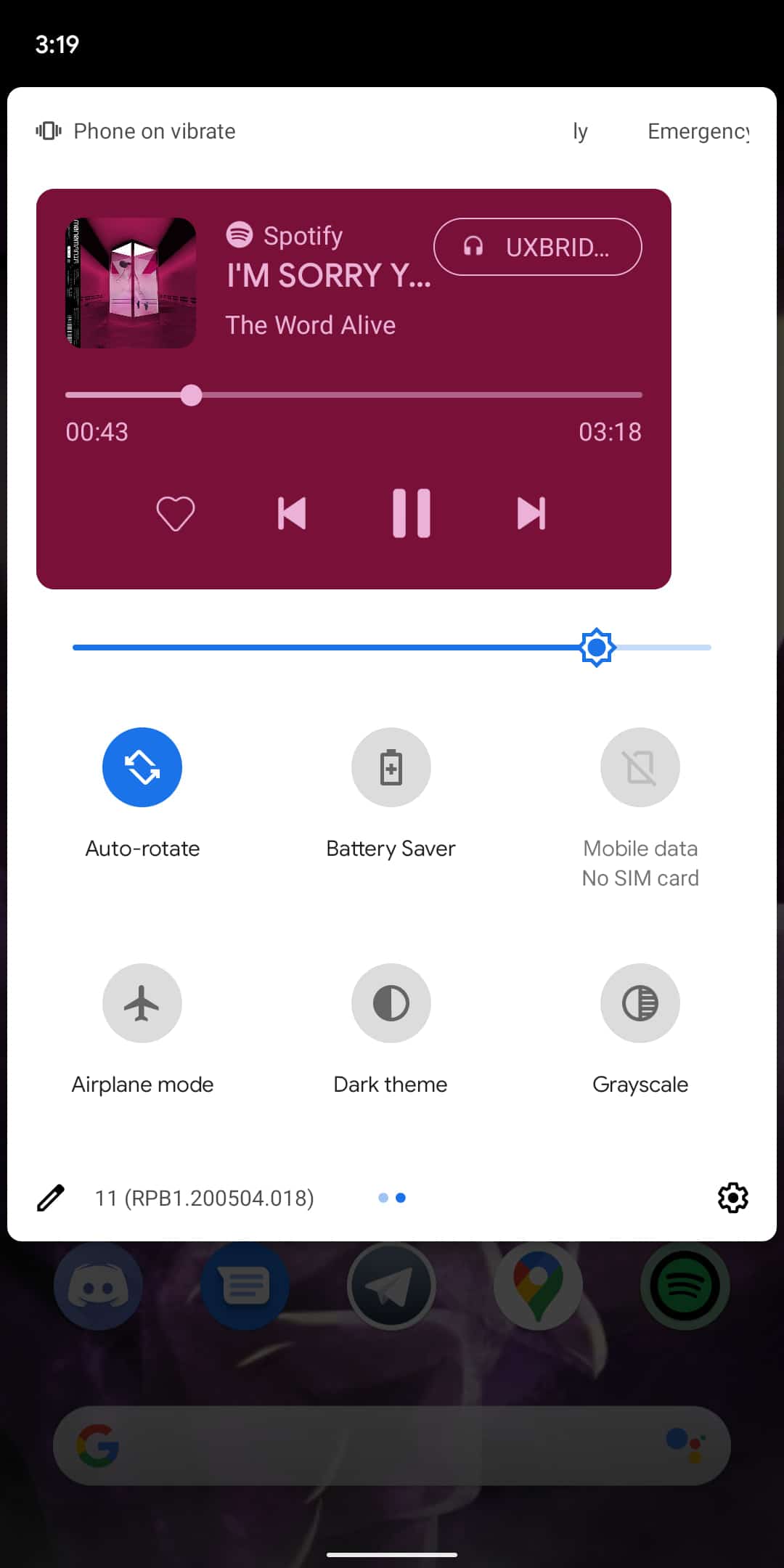 The only downside to this change, is the fact that it removes a row of quick settings. So instead of nine on the main screen, you have six. But, you can add multiple pages of quick settings, so it’s not a dealbreaker.

As mentioned earlier, there are a lot of features in Android 11. The ones above, are the big ones. These here are the smaller ones that most people may not even notice, but they are new in Android 11.

First up is screenshot interface changes. Google changed the interface when you take a screenshot. It now shows it in the lower left-hand corner, and gives you a few options like editing and sharing. Instead of just showing up in the notification shade. There are also some mark up changes here, with the ability to delete the screenshot. Instead of needing to go into your gallery to do so.

Google has also revamped the overview menu. In the overview screen now, you will see shortcuts for screenshot and select. So you can select text without going back into an app. And even take a screenshot from right there. Which is really nice. However, it did remove the ability to access the app drawer from that screen. And to be honest, I never used that feature, so that’s probably a good thing.

The back gesture now gets some more tweaking. One of the bigger issues with the back gesture in Android 10, was when you used an app that had the hamburger menu, it would go back instead of opening the menu. Now, you can tweak that a little bit. In Android 11, you have the ability to tweak the sensitivity of the left and right side. So you can lower the sensitivity for one side, compared to the other. 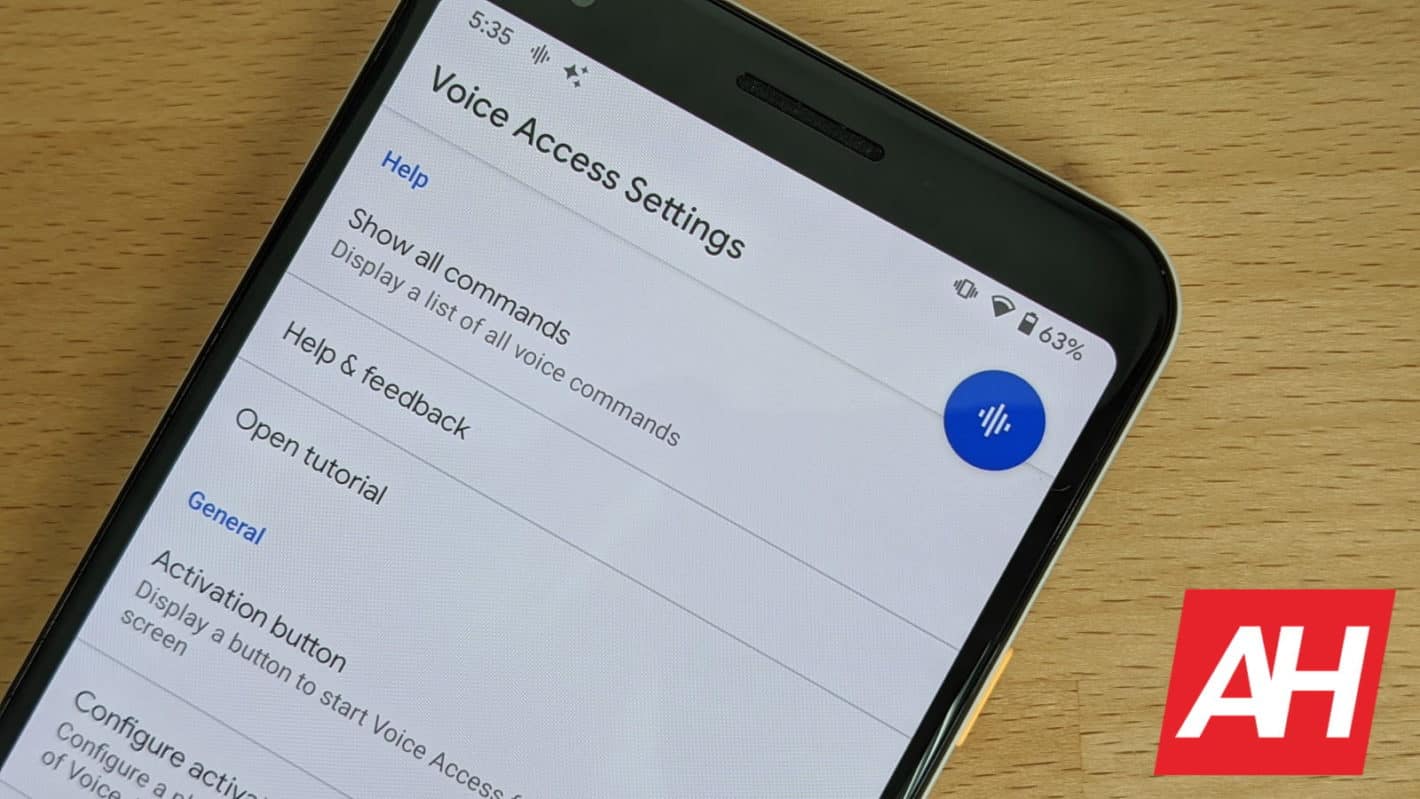 There’s a couple of features that are only available for the Pixel 4. Firstly, there is the new Motion Sense option where you can tap the air above your phone to pause your music. Secondly, with Face Unlock, you will now be required to have your eyes opened. It’s kinda crazy that this was not necessary before now.

Developers are also getting a bunch of new toys with Android 11, as is always the case.

Firstly, Google updated the App Exit Reasons API. This allows developers to request details surrounding the app’s recent exits. This helps developers find out if the app exited due to a crash, or some other reason.

Google made some changes to wireless debugging as well. ADB debugging over WiFi got a total revamp this year. So developers don’t even need a cable to set it up now. It will remember previous connections for a faster workflow.

Google has also added GWP-ASan, which is another way for developers to find and fix memory safety issues. It’s a sampling allocation tool that can detect heap memory errors with minimal impact on performance.

Android 11 also brings in improved data access auditing. This lets developers better understand how apps access user information. Many of the APIs were renamed here, so developers will need to watch out for these changes.

Curved and waterfall displays get better support. Google is offering a new API that lets developers specify the interactive area of a screen. Which is going to make using a curved display a whole lot easier.

Google has also added a 5G State API. This allows developers to quickly check whether a user is connected to a 5G New Radio or Non-Standalone network. And this will allow for the app to work accordingly.

Call screening gets some improvements too. Google has added some new APIs that will let call-screening apps do more to keep calls from bugging the user. They can now report a call rejection reason, as well as see if a call is being made to or from a number in their contacts.

There’s likely much more available in Android 11, and we’ll be updating this post as those features surface.