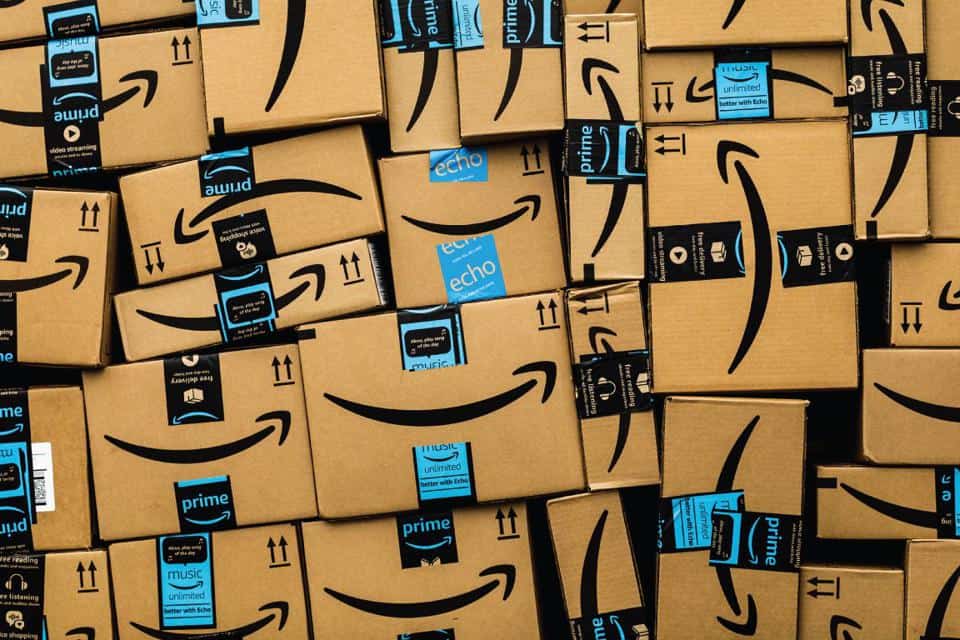 Amazon Prime launched in 2005 as a way for customers to get their products quicker, without paying for incredibly over-priced overnight or two-day shipping. Of course, now, that has become the norm and a lot of places offer it for free (some if you spend a certain amount). But in the nearly 16 years since Prime launched, a lot has changed. It now offers more than just unlimited next-day and two-day shipping.

We’re going to go over everything you need to know about Amazon Prime in 2021. And help you decide if you should spend your money on Amazon Prime or not.

What is Amazon Prime?

As mentioned before, Amazon launched Prime in the US in February of 2005. It was originally meant as a way for customers to get unlimited two-day shipping on a ton of items that Amazon sold. It was $79 when it debuted in 2005, which seemed pretty pricey since the majority of us did not rely on Amazon to buy basically everything, like we do in 2021.

Since 2015, we’ve seen a few price increases, though it hasn’t increased all that much. It’s now $119, with the first increase coming in 2014 to $99 and the second in 2018 to $119. Despite shipping costs having skyrocketed for Amazon in the 16 years since Prime first debuted.

Amazon has also expanded Prime to offer much more than just unlimited next-day and two-day shipping. It comes with a number of other perks now. Like Prime Video, Twitch Prime, Same Day shipping, Whole Foods discounts and more. But we’ll talk more about Amazon Prime perks a bit later.

As of 2021, Amazon has said that there are over 200 million Prime subscribers worldwide. The pandemic in 2020 helped really boost that number too. As people everywhere relied on Amazon to deliver their most needed products. 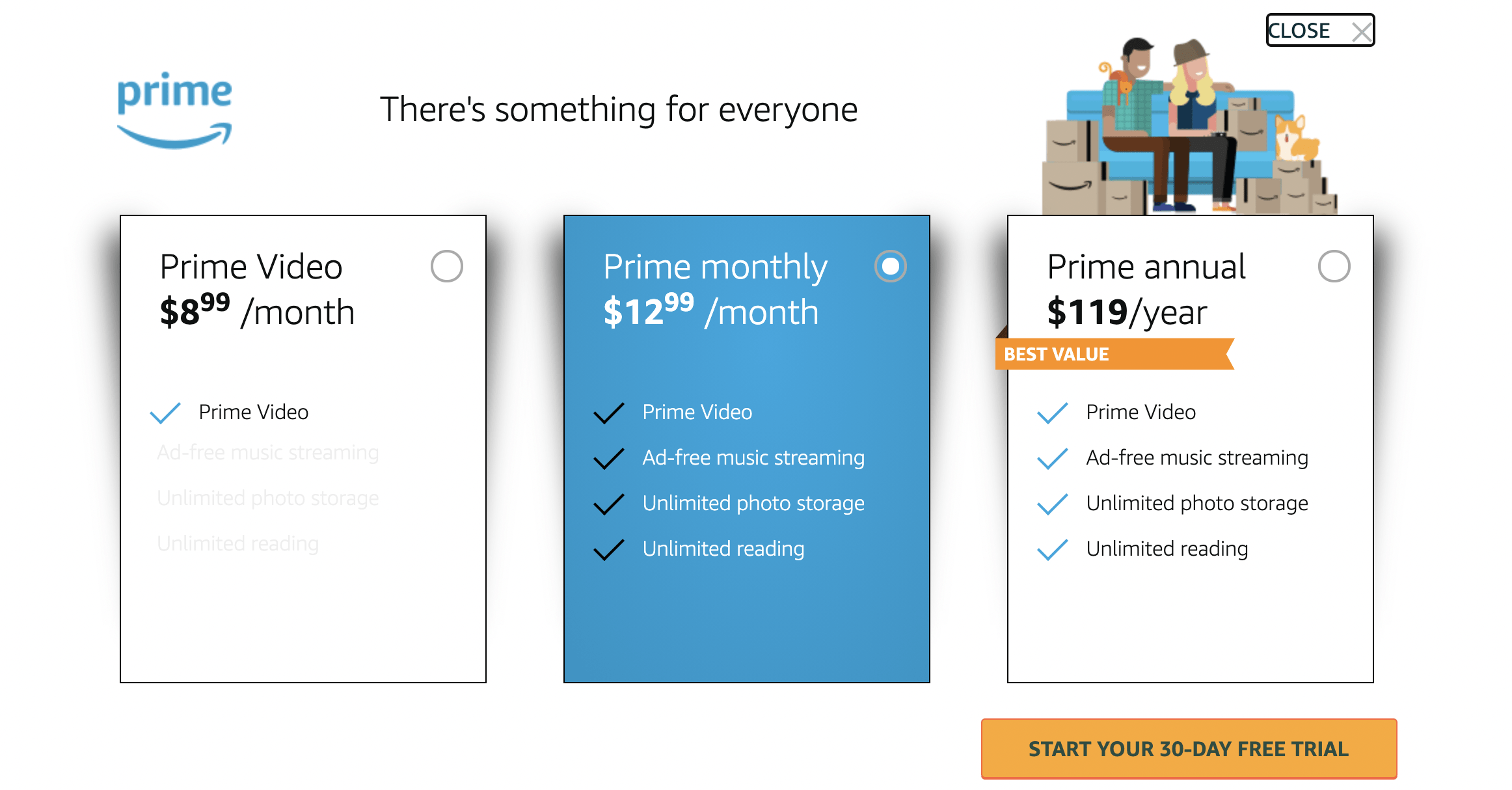 How much is it?

As mentioned, Amazon Prime is $119 per year. That comes out to about $10 per month, the same as most streaming services. Amazon does offer a monthly plan for Prime, though it is a bit more expensive and we’d recommend going with the yearly option.

Is there a student discount?

Amazon does offer Prime Student. Which will cost students $59.99 per year. Or they can opt to go monthly at $6.49 per month. Like with the regular Amazon Prime price, it is also much cheaper to just pay it yearly than per month.

There are also some added benefits for Amazon Prime Student. Including a longer free trial. Prime Student is six months long, versus a Prime free trial being only 30 days. Amazon also allows students to rent textbooks much cheaper than other places like Chegg. Amazon touts up to 90% off, but that will depend on what textbooks are needed.

Any student is eligible for Amazon Prime Student, as long as they have a school email address – that is what is used to confirm you are a student. That also means it is only for college students and not high school students unfortunately. But whether you’re working on your Associate’s, Bachelor’s Master’s or Doctorate, you can still get Prime Student.

What benefits come with Prime?

For most, the biggest reason to sign up for Prime is going to be the free shipping. And seeing as Amazon sells just about everything you could want or need, that is a big reason to sign up. But Amazon has added a ton of perks in recent years, making Prime a lot more attractive. Here are some of the perks available for Prime members.

As mentioned, you can get free delivery as soon as the same day. This will depend on where you live, and what product(s) you are trying to purchase. But if you order by noon, it can arrive the same day, which is incredible. And much more convenient than running to your local Walmart.

Almost every thing on Amazon can be delivered within two days. There are some exceptions, particularly things that are not shipped and sold by Amazon.com, but rather shipped by third parties that sell on Amazon’s website.

A really popular service that Amazon has launched in a few cities, is Prime Now. Essentially, you can get stuff delivered to your door within two hours of ordering it. Amazon also offers this service for groceries in certain cities. Surprisingly, this is not available everywhere that has Whole Foods.

The cities that Prime Now is available in, is still pretty small. So you’ll want to check and see if you live in a city that has it or not.

One of the bigger perks of Prime, is probably Prime Video. Which is Amazon’s own streaming service, and has thousands of hours of movies and TV shows. That are available on your smartphone, tablet, smart TV, gaming consoles and other devices. There are also a ton of exclusive TV shows and movies available on Amazon Prime Video. And it’s available for free with Amazon Prime.

Now if you want just Prime Video, you can get it separately and not get Prime as a whole. It’ll cost you $8.99 per month. And at that price, you might as well just get Prime. As it’s only $12 more for the entire year.

Amazon also has a streaming music service, which you can sign up for, or get it free with Prime. You can stream Prime Music free, which has a smaller catalog of music available for Prime members, about two million songs. It is also ad-free.

Finally, there’s Amazon Music HD. This is like Music Unlimited, but higher quality. It’s going to give you CD-quality music, but streaming. And it costs $14.99 per month. There’s no discount for Prime members though. You can sign up for Amazon Music HD here.

Amazon bought Twitch in 2014, to compete with Google and its YouTube Gaming platform, though only one still exists in 2021. Anyways, Amazon decided to bring twitch into its Prime perks. So with Twitch Prime, gamers are able to get free games and in-game items each month. With Twitch Prime, you can also sign up for one free Twitch premium streamer a month. This allows users to support their favorite Twitch streamers and get access to exclusive features.

With Prime, members are able to borrow a selection of free Kindle ebooks, magazines and much more with their subscription. You will also get a free Kindle book every month from a pre-selected list. Now you may not be getting the New York Times Bestsellers every month, but they are still free books. Prime members can also access a number of podcasts and audiobooks from Audible for free.

Amazon bought whole Foods in 2017, and essentially turned it into a place where you can pick up your Amazon packages, instead of them piling up in front of your home. Prime members can get special discounts at Whole Foods, which regular shoppers won’t get. You can also order groceries from Whole Foods and pick it up within an hour, but you will need to buy at least $35 worth of groceries.

Some locations will do grocery delivery as well.

Perhaps not for everyone, but Amazon does also have a credit card for Prime members. The Amazon Rewards Visa Card will give Prime members up to 5% cash back on purchases from Amazon or at Whole Foods. And you’ll get 2% cash back at drug stores, gas stations and restaurants. And finally up to 1% cash back everywhere else.

Of course, not every Prime member is able to get this credit card. As it will depend on your credit score. But this is one of the better cash back cards out there. Particularly if you shop on Amazon quite often.

Prime members can also get exclusive deals from Alexa. Just ask Alexa “What are your deals” and she’ll list them off. You can then purchase them with your voice, making it super easy to take advantage of these sales.

Amazon also offers early deals for Prime members. Particularly around Prime Day and Black Friday. Amazon is able to make these shopping holidays last closer to a month rather than a day or two. Because of these early deals. And you get early access to Lightning deals. Those deals typically last around six hours (or until stock is out), but Prime members can get access to them 30 minutes early.

Yes. You can share your Prime benefits with up to one other person.

This means that you could share your Prime benefits with another person and split the cost, making it just $60 per year per person, instead of $120.

What is Prime Day?

This is another perk of Amazon Prime actually, and that’s Prime Day.

Amazon launched Prime Day in 2015. It started out as a one-day event in July to rival Black Friday, and for the most part, only Prime members could participate. Since then, it has grown to be almost a week long event. Some might even say a month-long event, with the many “Early Prime Day” deals that Amazon does leading up to the big day.

In 2021, the event is supposed to be moving to June, as Amazon wants those numbers to appear on its Q2 earnings report.

Prime Day did start out as a bit of a joke. The first two years, stock was so limited on the good products, that they sold out quickly. And a lot of people were left with buying things like toilet paper. Though after 2020, that’s not necessarily a bad thing. These days, you can get a lot more things on sale on Prime Day, including some great discounts on smart TVs, smartphones, and much more.

Other retailers also do their own Prime Day events around Amazon’s big day. To help cash in on all of that spending. Walmart and Best Buy in particular do Prime Day events.

Now, you can actually take part in Prime Day without being a Prime member. But not everything will be available to you. Many deals are for “Prime Members only”.

Is Amazon Prime worth the price?

With the many benefits that Amazon has with Prime now, it is definitely worth it.

These days, we buy just about everything from Amazon, which makes Prime something that is a must-have. With that free next-day and two-day shipping available. Not to mention the fact that Amazon will sometimes deliver earlier than stated. It’s a really good subscription service to take advantage of.

Even if you only use a few of the perks included in Amazon Prime, it makes the service worth it for $119 per year. And that’s exactly what Amazon is banking on here. Giving you loads of perks, knowing that you will only use a couple (at most). Because Amazon would actually be losing money if every member used every perk available with Prime.

You can sign up for Amazon Prime by clicking here.