Skip to content
Advertisement
Trusted By Millions
Independent, Expert Android News You Can Trust, Since 2010
Publishing More Android Than Anyone Else
8
Today
75
This Week
311
This Month
5565
This Year
123113
All Time
Advertisement Amazon Music isn’t one of the most popular streaming services out there, but it is a good competitor to Spotify, YouTube Music and Apple Music. Especially since you can use it for free – much like Spotify. Amazon actually has three versions of this service, there’s Amazon Music, Amazon Music Prime and Amazon Music Unlimited. Which range from free to $9.99 per month. There are also various versions of the Unlimited plans for Prime and non-Prime members, a family plan, a single device plan and a student plan. The Echo device plan is actually no longer available, and replaced by the single device plan.

So here, we’re going to tell you everything you need to know about Amazon Music and whether it’s worth using over the other streaming music services out there.

What is Amazon Music?

Surprisingly, Amazon Music has been around since 2008. It originally started as Amazon MP3, which was a streaming platform and online music store. It was later rebranded as Amazon Music, and in 2019 it launched Music HD. Which was set to be a competitor to Tidal. Offering lossless quality and 4K quality music for you to stream for a few bucks more per month. Though Music HD was later rolled into Amazon Music in 2021, and available to all customers at the regular Amazon Music price.

As mentioned before, there are three versions of the music streaming service from Amazon. There’s the free version, a version for Prime members and then unlimited which offers everything.

Amazon Music Free is the most basic music service from the ecommerce giant. At this tier, you will get access to thousands of playlists and radio stations. But you do not get individual songs. You will also get advertisements playing during your listening experience. Amazon also does not offer offline playback on this level. Finally, it only works on one device. It’s really great for those that want to check out the service, and not pay for it yet.

Amazon Music Prime is the next level up, and if you’re a Prime member, it is included in your yearly cost. You’ll get over five million songs plus playlists and stations. There’s no advertisements on this tier, but there is offline playback. Music HD and UHD is not available here, that is saved for Unlimited.

Then there is Amazon Music Unlimited. This is $9.99 for the standard plan, and offers basically everything. You can use it with or without a Prime account too. It offers everything from the Free and Prime tiers, along with HD, Ultra HD and Spatial Audio playback. It’s also available in a family account, which lets you use it on up to six devices at the same time. Below is a table breaking down these three services, so you can choose what’s right for you.

What devices can I listen on?

You’ll notice that things like Apple TV and Android TV, and even the Google Assistant speakers are not available. That’s not a big surprise, considering they have competitors. And Amazon doesn’t put its products on Google products other than smartphones and tablets, for the most part. And its vice versa for Google.

The Amazon Music Family Plan is pretty similar to other streaming music services out there. It offers six devices that you can use at the same time to stream music. It’s also competitively priced at $14.99 per month. So you can share it with up to six people, and pay a little more than $2 per month, if you split the cost.

Amazon also says that each family member on this plan will get all of their own personalized stations, playlists and such. So when you login, you’ll see your own music, library, playlists and other recommendations. Pretty similar to Spotify, YouTube Music and Apple Music actually.

The Single Device Plan from Amazon is actually very intriguing. Since you can get Amazon Music Unlimited for just $3.99 per month. Now it is only on one device, period. Not simultaneously. So if you’re one that works from home and only really listens to music at your desk, you can use this plan on your Echo Dot or another Echo device and never worry about using it on another device.

Keep in mind that the Single Device Plan does not include HD, Ultra HD or Spatial Audio. Which might be a letdown for some.

Like most other streaming music services out there, Amazon Music Unlimited has a student plan too. It’s available for $4.99 per month, which is about half the price of the usual price. Of course, if you get Prime Student, you can get Music Prime included in that $69/year service.

It’s important to note that even if you have proven your eligibility for Prime Student, you’ll still need to do it for Amazon Music Unlimited. Amazon says that this is because Music Unlimited uses a different student screening process than what Prime Student uses.

Can I use Alexa for Amazon Music Unlimited?

Of course you can. You can use your voice to start or change music with Amazon Alexa. It works on any Alexa-enabled speaker, not just first-party speakers from Amazon. You can say things like “Alexa, play Lizzo” or something like “Alexa, play some pop music”. Here are a number of other Alexa voice commands you can use with Music Unlimited.

How many songs does Amazon Music have?

So how large is the Amazon Music catalog? Well, it currently boasts 90 million songs. Now how does that compare to the competition? Apple Music has over 50 million songs, Spotify has over 35 million songs, and YouTube Music has over 80 million songs available. So it’s quite large, compared to the competition, with more than twice as many songs as Spotify. When Amazon Music first launched, its library was pretty small. But it has grown considerably over the years. Keep in mind that these numbers don’t get updated often, so they could be closer together than you think. 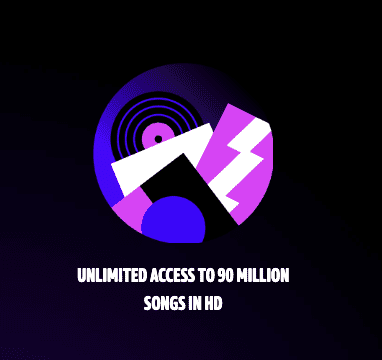 However, keep in mind that the Free and Prime versions of Amazon Music do have far fewer songs, only about 5 million.

Should I switch to Amazon Music?

If you are already heavily invested in the Amazon ecosystem – with Echo, Alexa, Ring, etc – then Amazon Music is a really good option for you to check out. Especially if you’re a Prime member, since you can get it for free. It is also the only one, other than Apple Music to offer lossless music at the regular $9.99 price (on the unlimited plan at least). Which is something you should definitely consider. As it does make the music sound a whole lot better.

Amazon Music doesn’t have as many features as some of the other streaming music services out there, so you may want to check that out first. And if you want to use it on literally every platform (Nest Hub, Echo Dot, Android, iOS, etc) then you will likely want to stick with Spotify. Out of the four major streaming music services, they are all very similar, so it really depends on your needs and what you listen to, as far as which is going to be best for you.