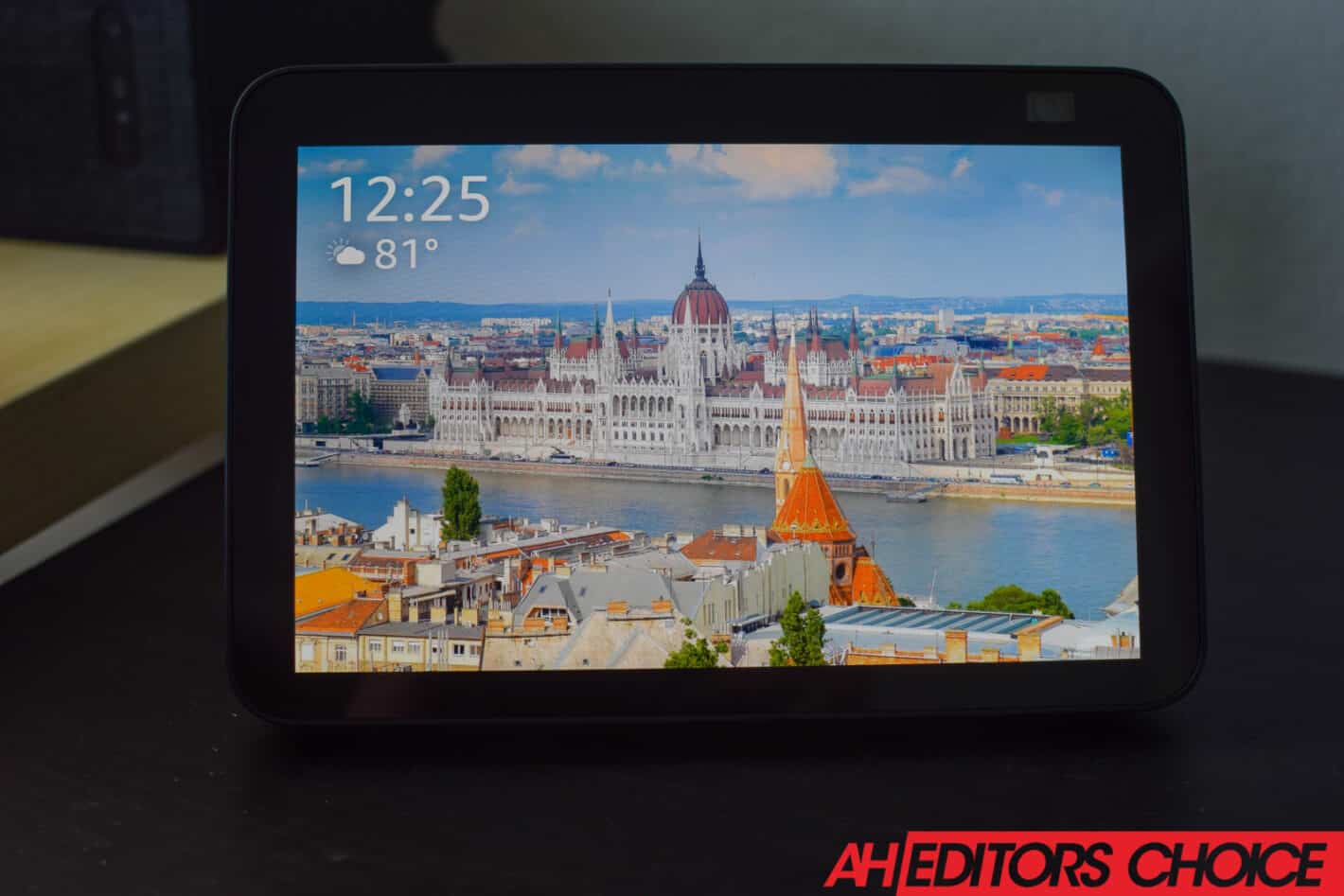 Thanks to the new auto-framing camera, the Echo Show 8 is now the best smart display to buy.

Amazon provided AndroidHeadlines with a review unit of the Echo Show 8 (2021 release). We’ve been using it for around a week before writing this review. Amazon did not see this review before publication, nor had any input in it.

Amazon’s Echo Show line of smart speakers have come a long way in the few short years that they have existed. In fact, this is only the second-generation of the 8-inch model. They’ve gone from looking like a kiosk from the ’90s, to a really useful and great looking smart display.

We are here with the Echo Show 8 (2021 release) and it is a really impressive model to be quite honest. After reviewing the Echo Show 10 a few months ago, we weren’t sure how well this was going to stack up. Considering it is half the price. But it does stack up pretty well. Now the real question is, whether the Echo Show 8 is worth the $129 price tag. 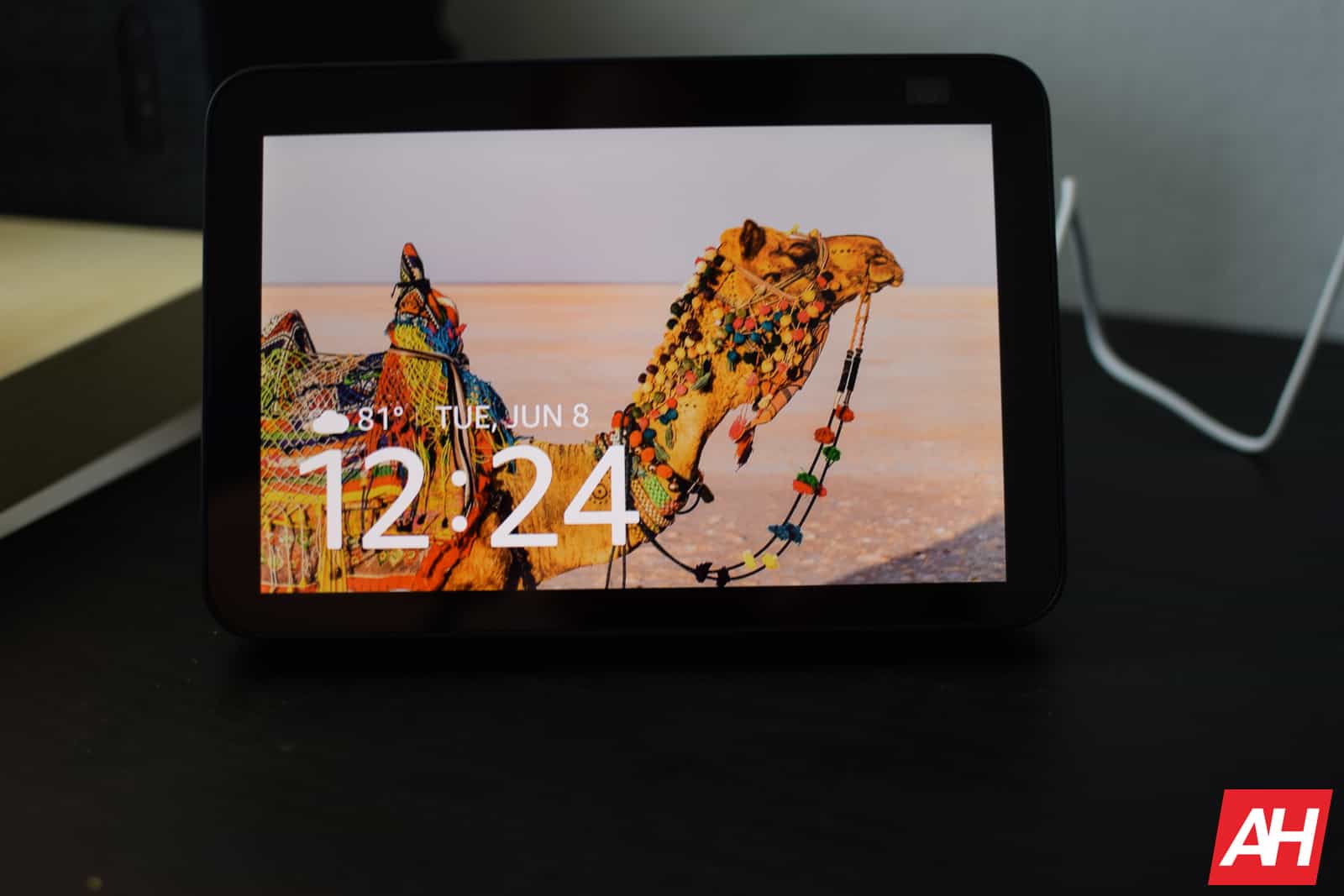 Let’s start with perhaps the most important aspect of the new Echo Show 8, and that’s video calls. Of course, the Echo Show 8 now works with a slew of different video calling services. This includes the likes of Zoom, and Skype, as well as Alexa’s own video calling.

We tested the Echo Show 8 with Skype, and it is immediately clear that the camera is much clearer – get it? It now has a wider field of view too, so you could do a group call on the same Echo Show 8 without being super far away from the screen. Which is great because it is not a super large display, at only eight inches.

Speaking of the display, because it is only eight inches, it’s not great for anything more than a one-on-one call. As there’s just not enough room on the screen to show more than one, maybe two other people.

If you just need a device for video calling, and don’t want a tablet, then the Echo Show 8 is a good purchase. As you can keep it on your desk and use it when needed. But a tablet might offer a better experience, and it’s also portable. Whereas the Echo Show 8 needs to stay plugged in.

Compared to the original Echo Show 8, the design here is mostly unchanged. It still has the wedged shape, with the speaker behind the display. And it is available in black or white, still. Unfortunately, the power cords are not color-coordinated. Both colors come with a white power code. Which isn’t a big deal, since it’ll mostly be behind furniture and such. 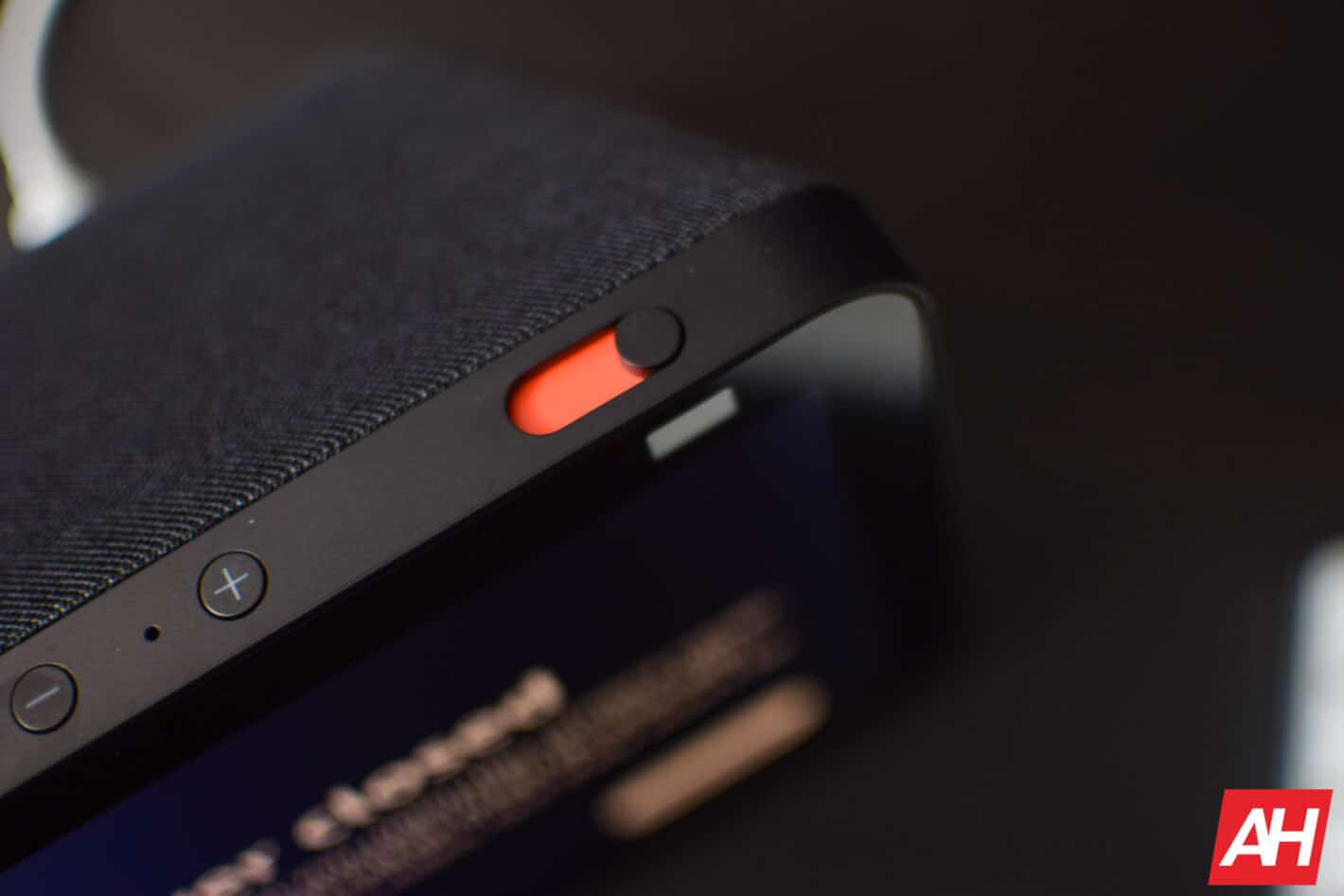 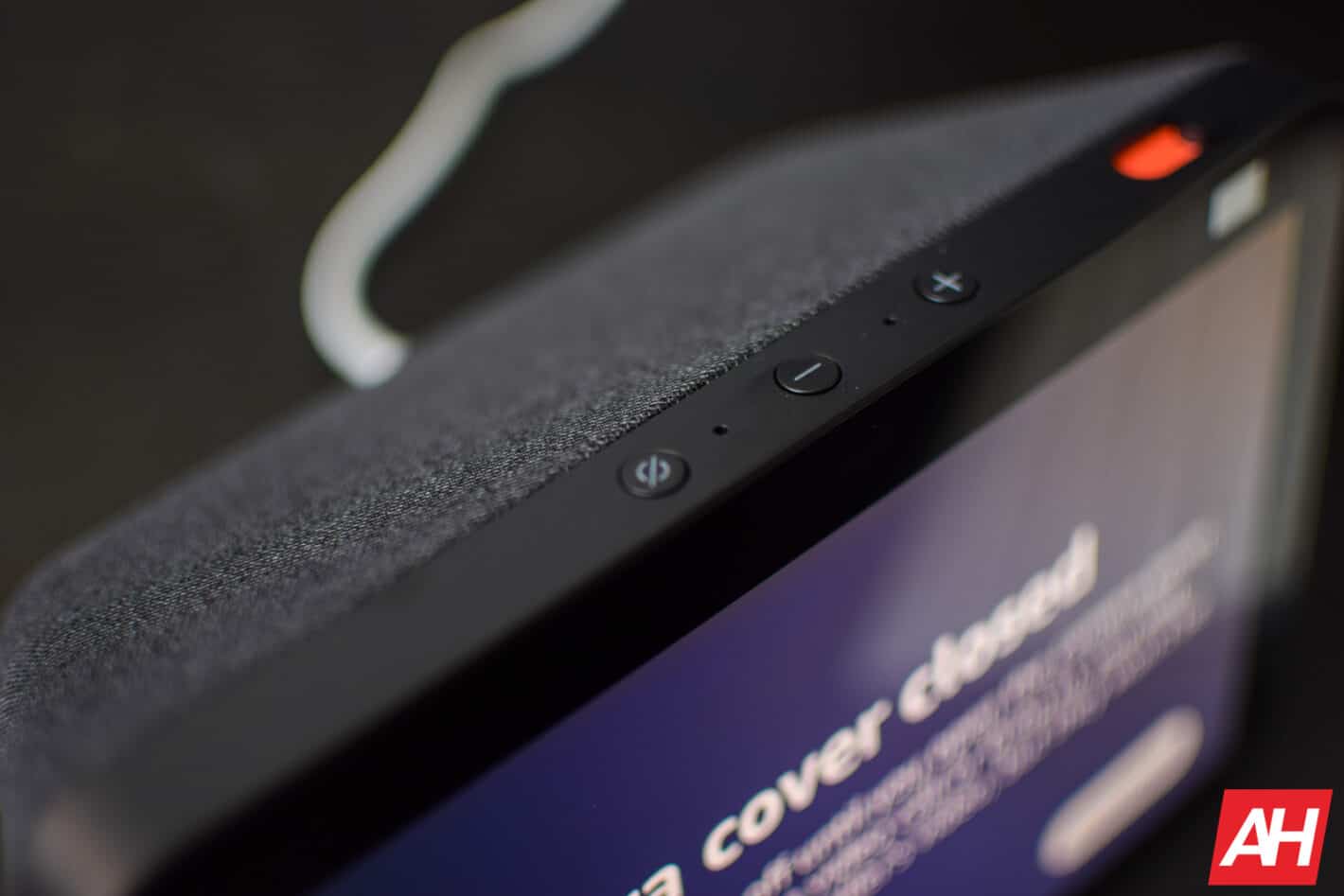 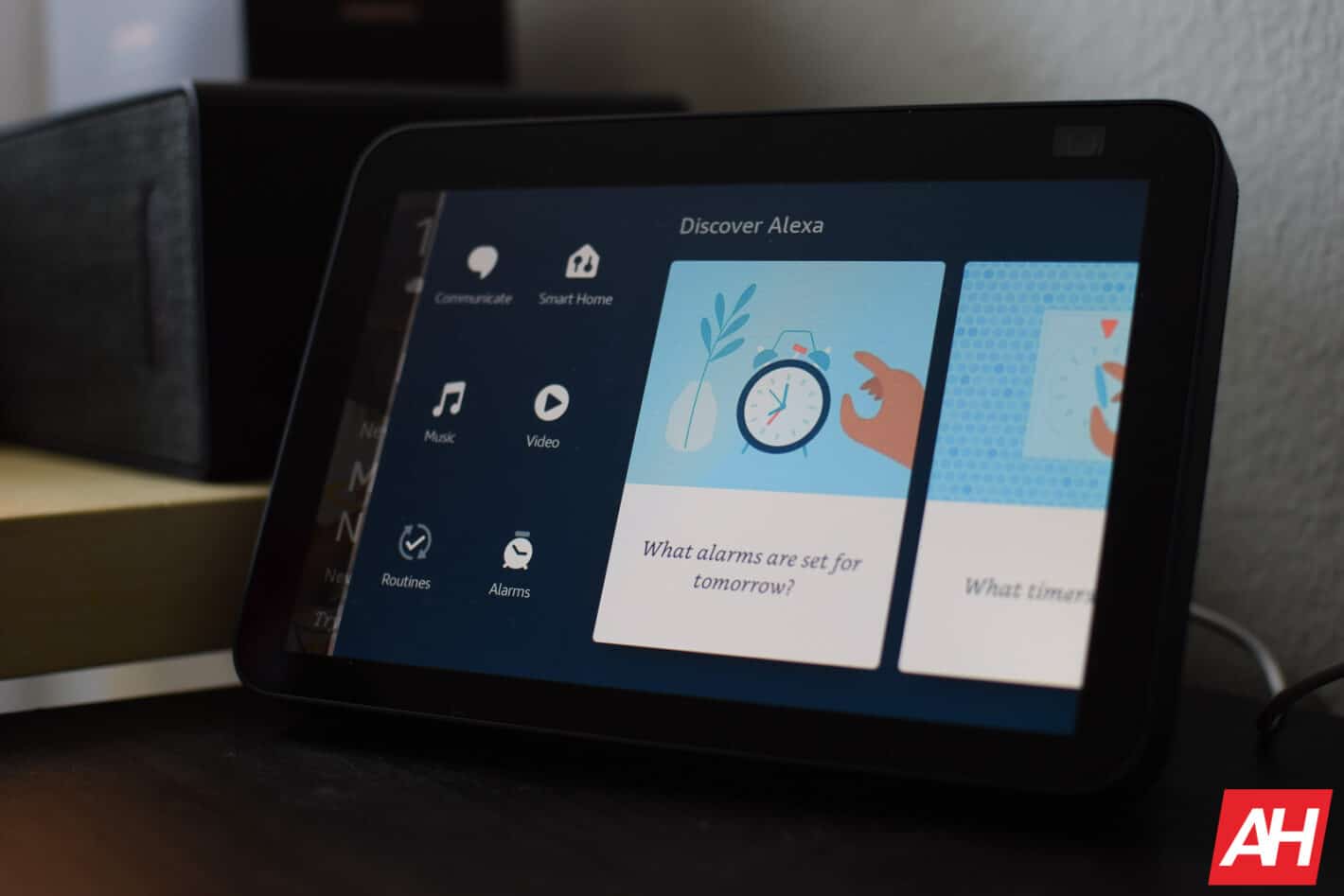 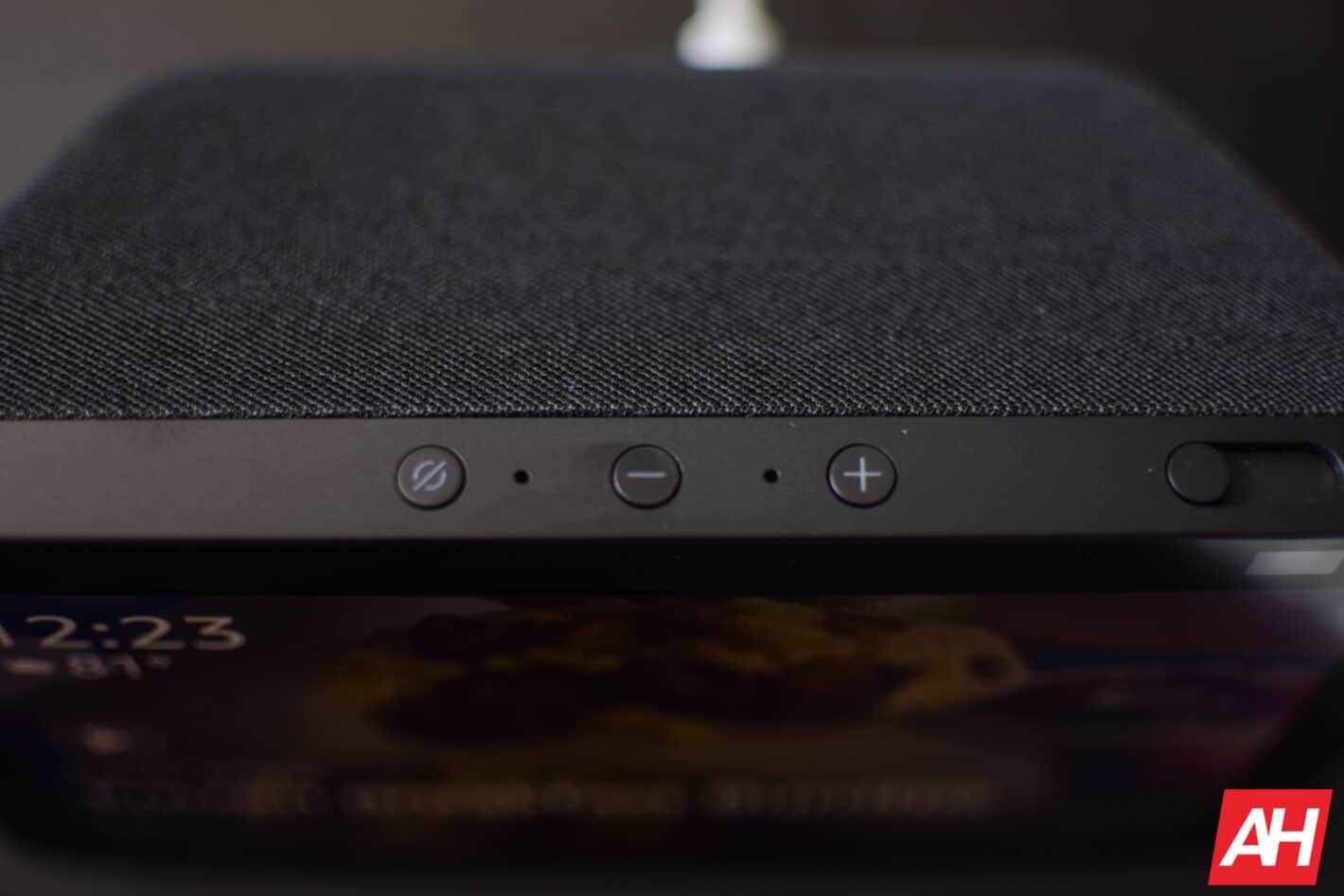 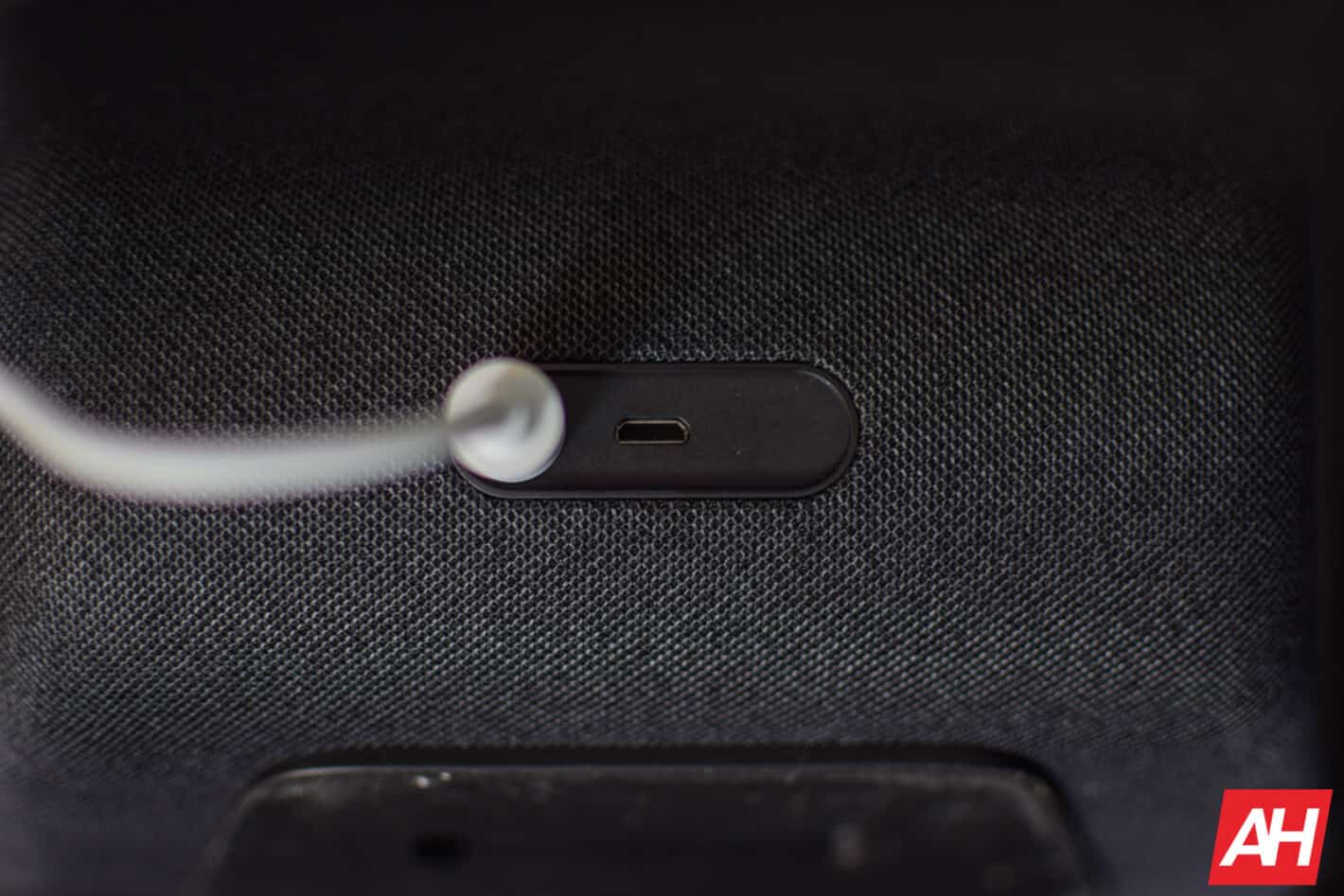 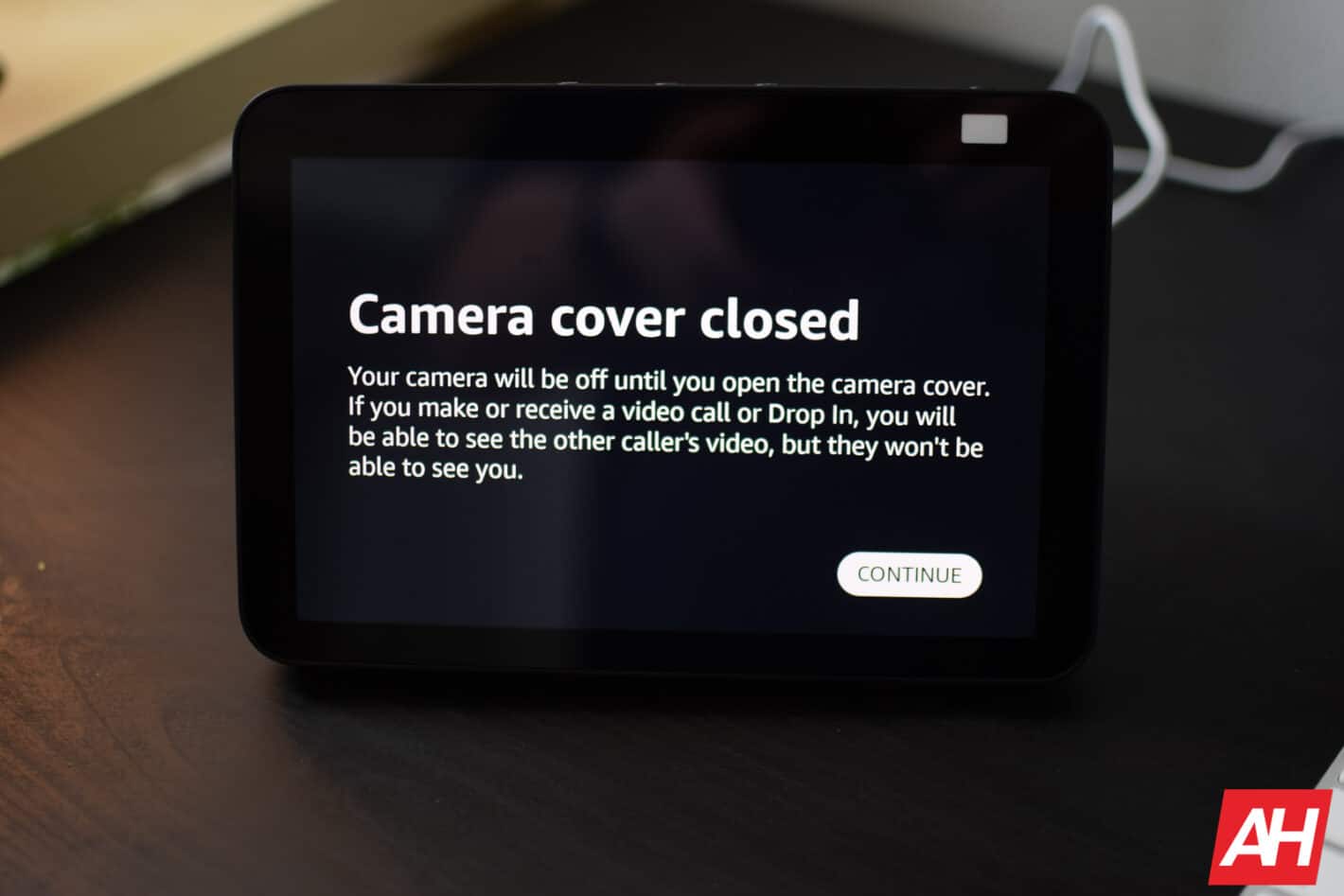 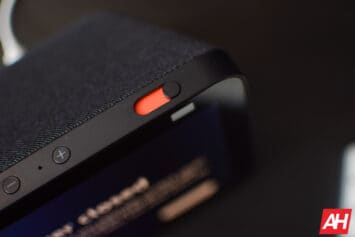 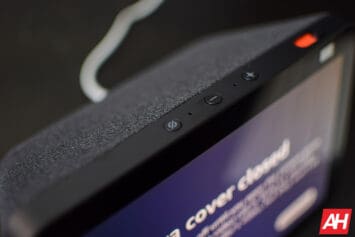 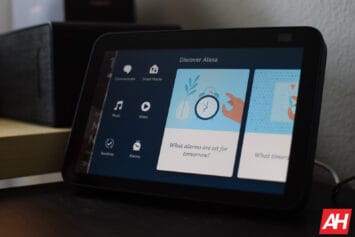 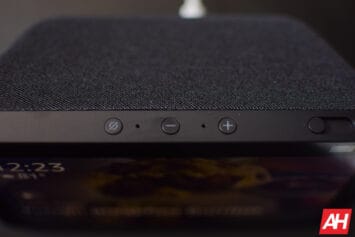 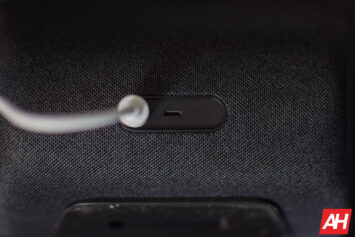 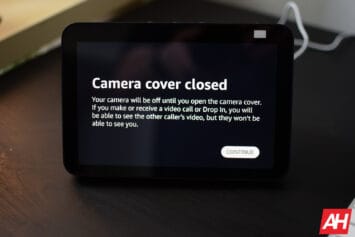 Which is great, because you can watch streaming services on the Echo Show 8. Including Hulu, Amazon Prime Video and Netflix, to name a few. It’s not going to replace a TV, but it is pretty cool, to be able to watch TV shows on this Echo Show. During the review, we watched some Netflix on the Echo Show 8, and it was pretty good. But you’ll still get a better experience on a high-end tablet or a TV.

On the top of the Echo Show 8, you’ll find the three buttons and the camera slider. There is the volume up and down buttons in the middle with the microphone button on the left. So you won’t need to worry about privacy with the Echo Show 8.

Software is the same as the Echo Show 10’s

The software here is the same as what debuted on the Echo Show 10 earlier this year. So you can swipe in from the right to find different Alexa skills, check up on your smart home products and much more. Swipe down from the top, you can jump into the settings, brightness and more. 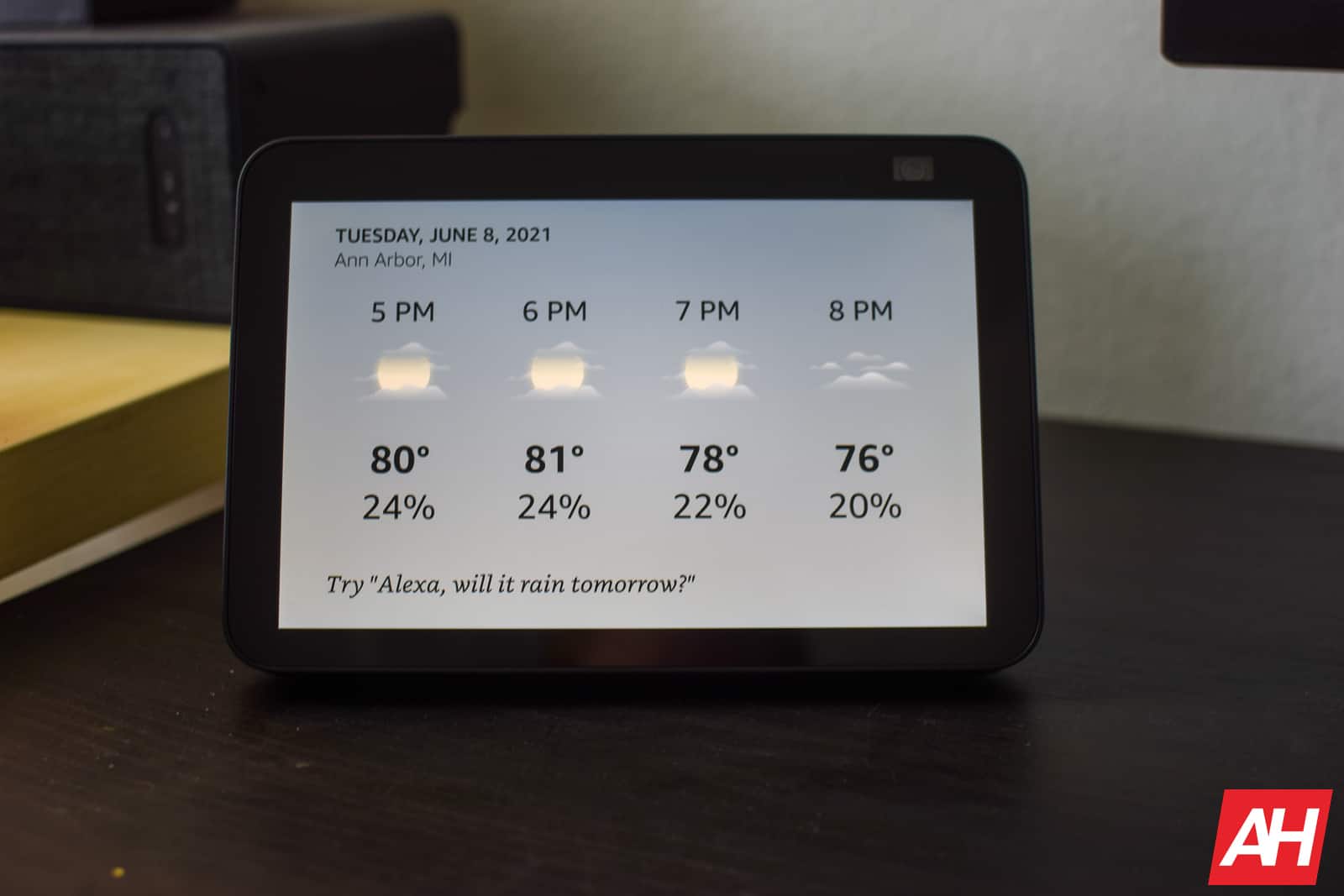 With this new software, Amazon is also making better use of the size of the display. Giving you weather on one side and news on the other side. Which can be pretty useful, especially if you have the Echo Show 8 sitting on your desk.

Unfortunately, the software is still not the best. It’s still quite cumbersome to navigate through to find different things, like the weather, traffic, and news. The software overall, is much faster compared to the original Echo Show 8. And that’s thanks to an upgraded processor (likely a MediaTek chipset, though we’re not 100% sure). Which is where it has a big leg up over its main competitor – the Nest Hub. The Nest Hub is pretty slow actually, thankfully, the Echo Show 8 doesn’t have the same issue.

Sound quality is pretty impressive for its size

Considering its size, and the fact that it has a display, the Echo Show 8 has a pretty impressive speaker on the backside. It’s louder this year, and sounds even better. Even at full volume, there is very little distortion, so you can easily fill a room with sound and not worry about the distortion from the Echo Show 8.

It is actually the same dual-driver speaker system that was in the first-generation Echo Show 8. But there are some rather significant optimizations that were made on the Echo Show 8 (2021). The bass is really impressive here, and some might even think it’s a bit too bassy.

There is an EQ slider available in the settings on the Echo Show 8. On the default settings, you’d be okay with sound quality. It’s pretty full sounding. But if you venture in and pump up the bass, you’ll really notice the difference. The bass gets really deep and can shake the room actually – if it’s loud enough. 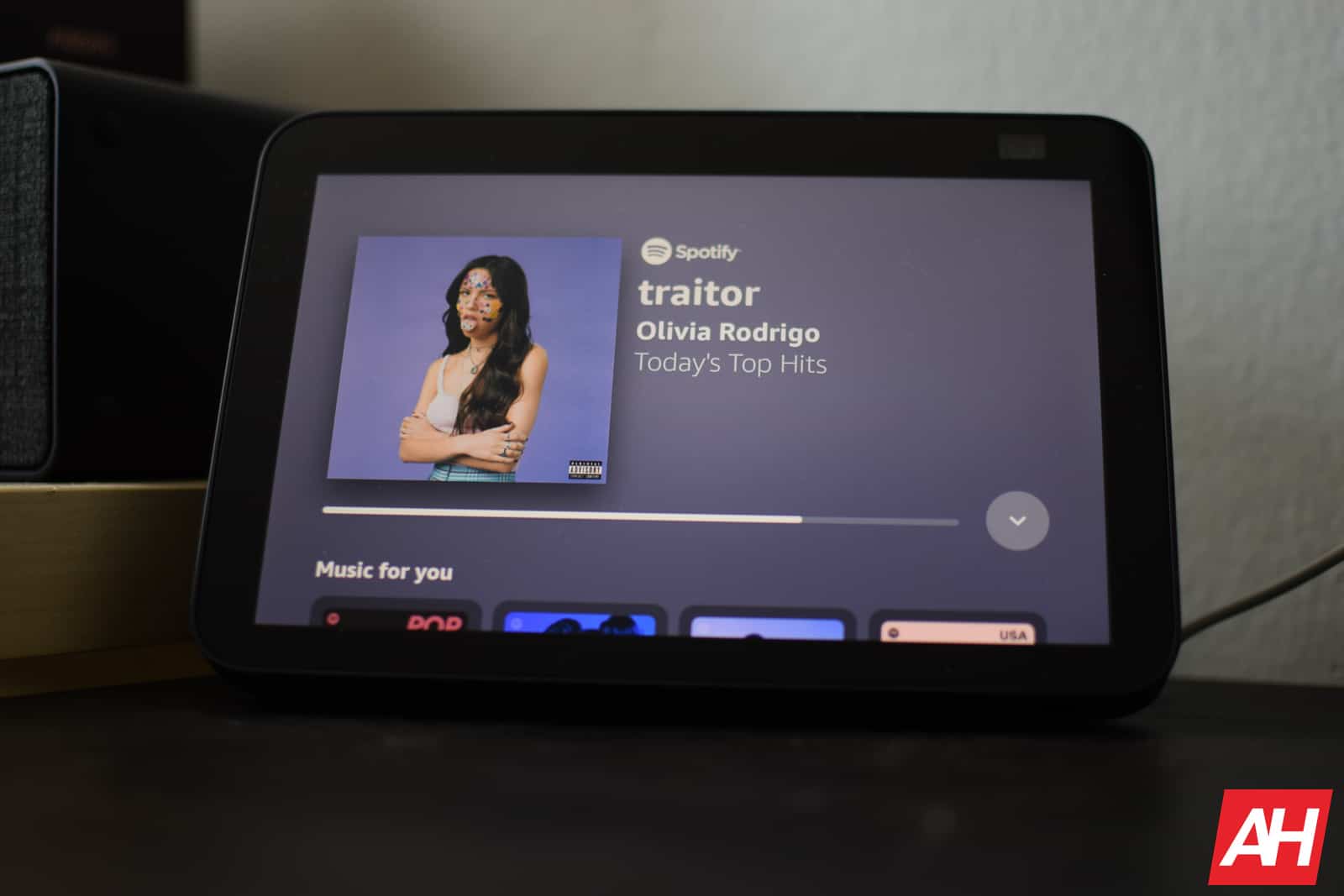 The downside to the audio quality on the Echo Show 8 is, the fact that the 3.5mm output jack was removed. Meaning you could not connect it to a larger speaker system. That was likely a niche feature, and that’s why Amazon decided to drop it.

Much like the Echo Show 10, the camera embedded in the bezel can double as a security camera. So you can keep an eye on what’s going on in your home, while you’re away.

Within the Alexa app, you can click on the Echo Show 8 and see the live feed from it, to see what’s happening in your home. It’s really neat, as the camera can keep your home safe, and also be used for video calls. Which isn’t too shabby, to be quite honest.

The camera can also be turned off, so it’s not recording you when you don’t want it too. Amazon has a physical shutter that you can slide across the camera and physically see. So you’ll know that it is no longer recording you. 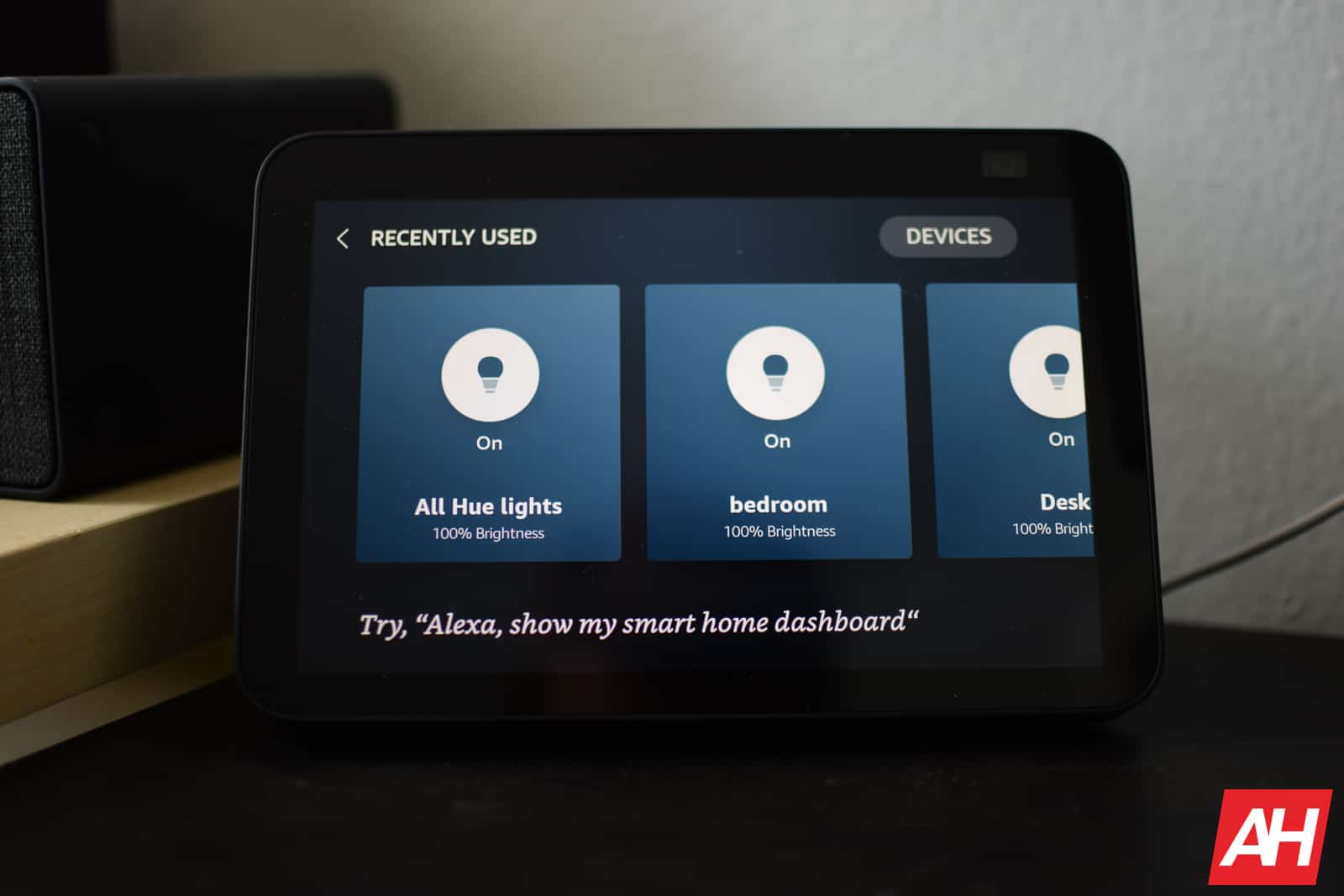 Should I buy the Echo Show 8?

There’s only two competitors to the Echo Show 8. There’s the Nest Hub and the Facebook Portal. Of course, we would never recommend the Facebook Portal, because of all the privacy issues with Facebook – no one wants a Facebook camera in their home, right? So the only competitor is really the Nest Hub. And whether you should buy that or the Echo Show 8, comes down to which assistant you prefer.

If you prefer Amazon Alexa, then the Echo Show 8 is the better bet. Though, if you prefer to use the Google Assistant, then of course, the Nest Hub is the one to get.

Though, with the Echo Show, there are three sizes you can choose from. There’s a 5-inch, 8-inch and 10-inch model available, and this Echo Show 8 is the middle ground. Making it great to use in a variety of rooms.