A 15-inch Echo Show is something we didn't know we needed, and glad we have that option now.

The Echo Show 15 was announced a few months ago, and at the time I wondered “Who would want this?” After spending 2-3 weeks with it, I want this. If you already use Amazon Alexa, then the Echo Show 15 is a really good option for you, but if you rather use Google Assistant, then it’s not as great of an option.

It’s basically the same as a regular-sized Echo Show, but with a 15.6-inch display. This means bigger widgets, larger pictures in the slideshow, and a pretty nice display to watch Hulu, Amazon Prime Video and others. It even has a camera in the corner which can be used for making video calls too.

The main selling-point of this Echo Show is that you can mount it on the wall and make it look like artwork in your home. Which is cool and all, but I live in an apartment and can’t mount stuff really. Luckily, Amazon does sell a stand (sold separately) that works really well with the Echo Show 15. Which they sent with the unit. The stand screws into the back of the Echo Show 15, and sits on a soft-touch base, that allows you to adjust the angle as much as you want. You can use it in portrait or landscape, but you’ll need to unscrew it, to do that.

Typically, the displays on these smart displays just aren’t that good. They are bright, but you can typically see the pixels, as these are low-resolution displays. But that is not the case on the Echo Show 15. It’s very vibrant, and I’ve had a tough time trying to see individual pixels, which is a really good thing. 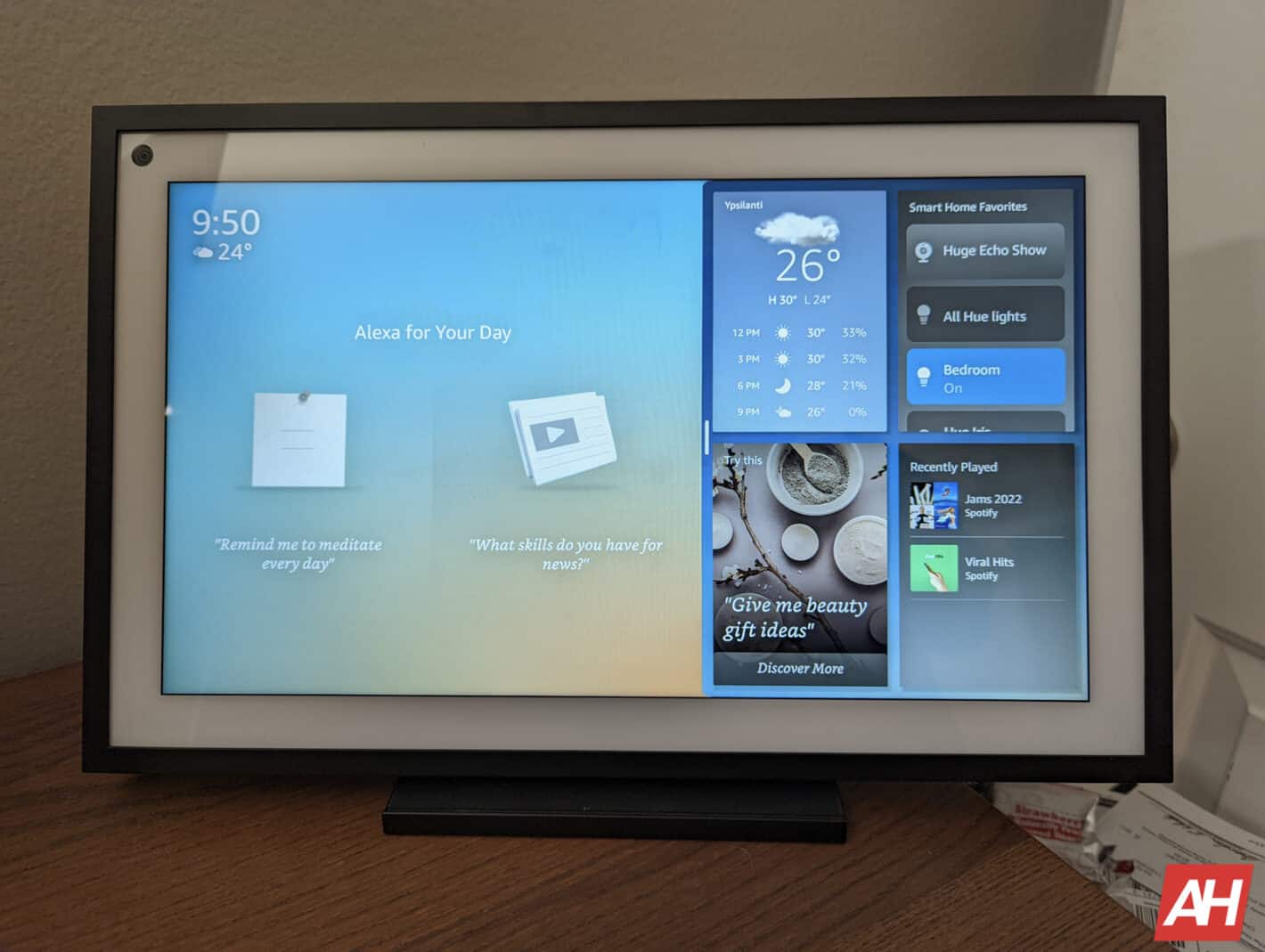 While this is a smart display, and used for things like interacting with Alexa, I watched a lot of video on this display too. And the experience was quite good. That’s going to make this a great TV for using at your desk or maybe in the kitchen, where you don’t want (or need) a 40″ or larger TV.

And yes, you can watch TikTok on the Echo Show 15. Though, you will want to move it into portrait mode to get the best experience.

Video calling is a mixed bag

With this large display, video calling is great. But not all video calling options are available here. Most notably, Zoom is missing. But you can still call people using Alexa, and the video quality is okay. But you can also see a much larger video of whoever you’re talking with. So there’s advantages and disadvantages. Though, we thought with the larger Echo Show 15, we might get a better camera inside. That’s not the case. But we do still have a physical shutter for the camera which is nice. You can use the camera to keep an eye on your home. As it does work as a security camera. That makes mounting this on a wall somewhere really useful. Not only do you get Alexa in a room, but you also get a security camera.

Alexa software could use some work

While using the Echo Show 15, we did experience some crashes with the software on this model. That could just be early software, so we won’t hit it too hard there. But, it is also kind of slow. This isn’t new for smart displays, every smart display I have used has been utterly slow. The Google Nest Hub is so slow, I no longer use it.

But it’s not just the fact that it is slow and crashes sometimes, the software isn’t really optimized for this much larger display. The widgets, for example, are not resizable, so they are just huge blocks on your home screen. For example, the Smart Home widget could be smaller. I don’t need a large rectangle button for each light. Just a small square for each one would be good. The weather widget could be smaller too. I don’t care about the hourly forecast, just give me the current weather. 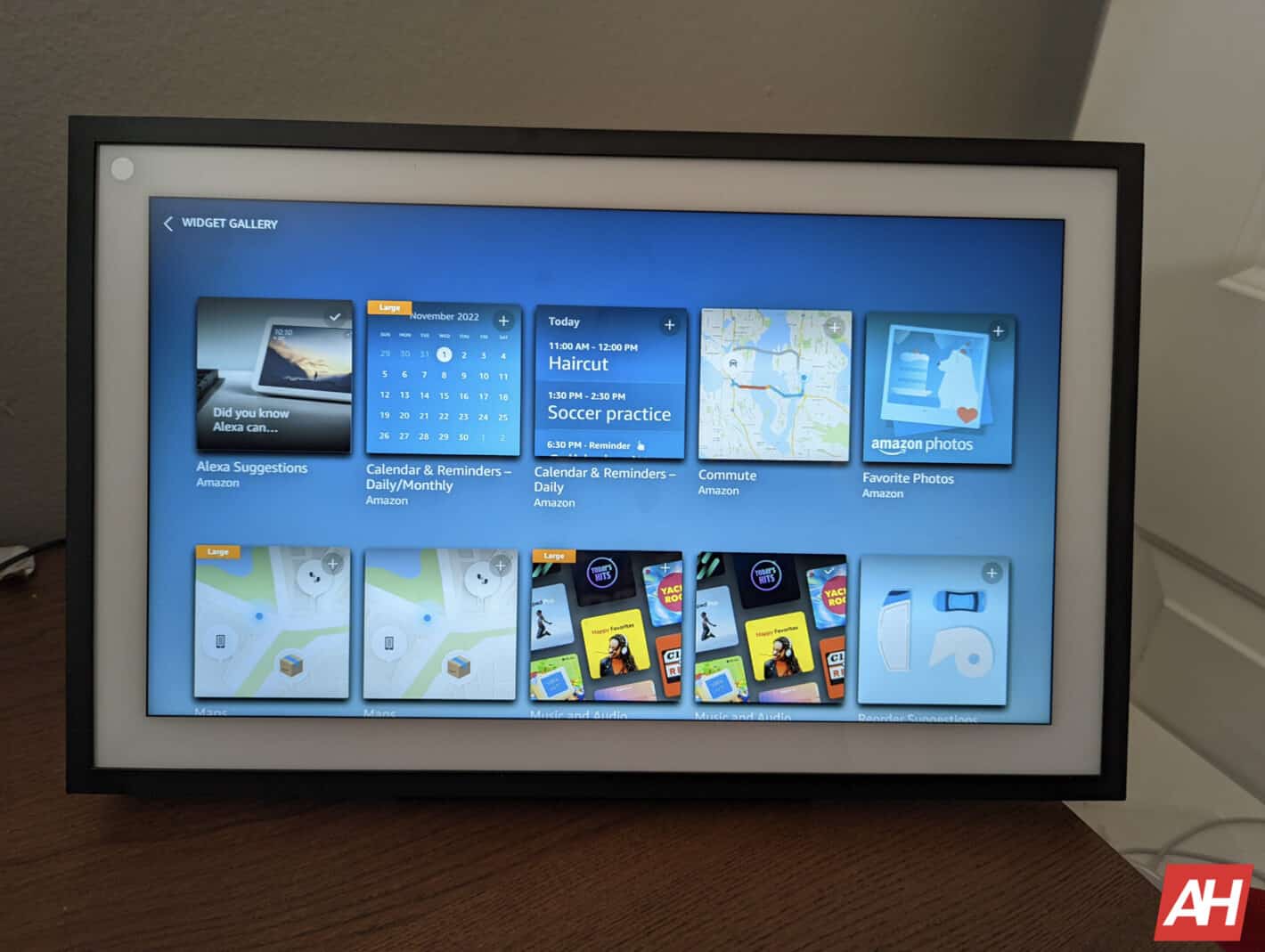 Don’t get me wrong, the widgets are nice, but they could use some work.

Now, you can also watch TV shows and movies on the Echo Show 15, but as someone that uses YouTube, the experience isn’t great. YouTube and YouTube TV are not available here. Instead, you are watching it through the Amazon web browser – Silk. That means that jumping into YouTube or YouTube TV is quite the hassle, and almost not worth it.

However, for other services, like Hulu and Netflix, it’s pretty simple to jump in and start watching.

Sound quality is good, but not great

Speaking of video, the sound quality on the Echo Show 15 is nothing to write home about. For most people, the quality won’t matter. It sounds good, but it’s not great. Don’t expect any type of Dolby Atmos audio here. The sound can be a bit tinny depending on what you’re listening to. 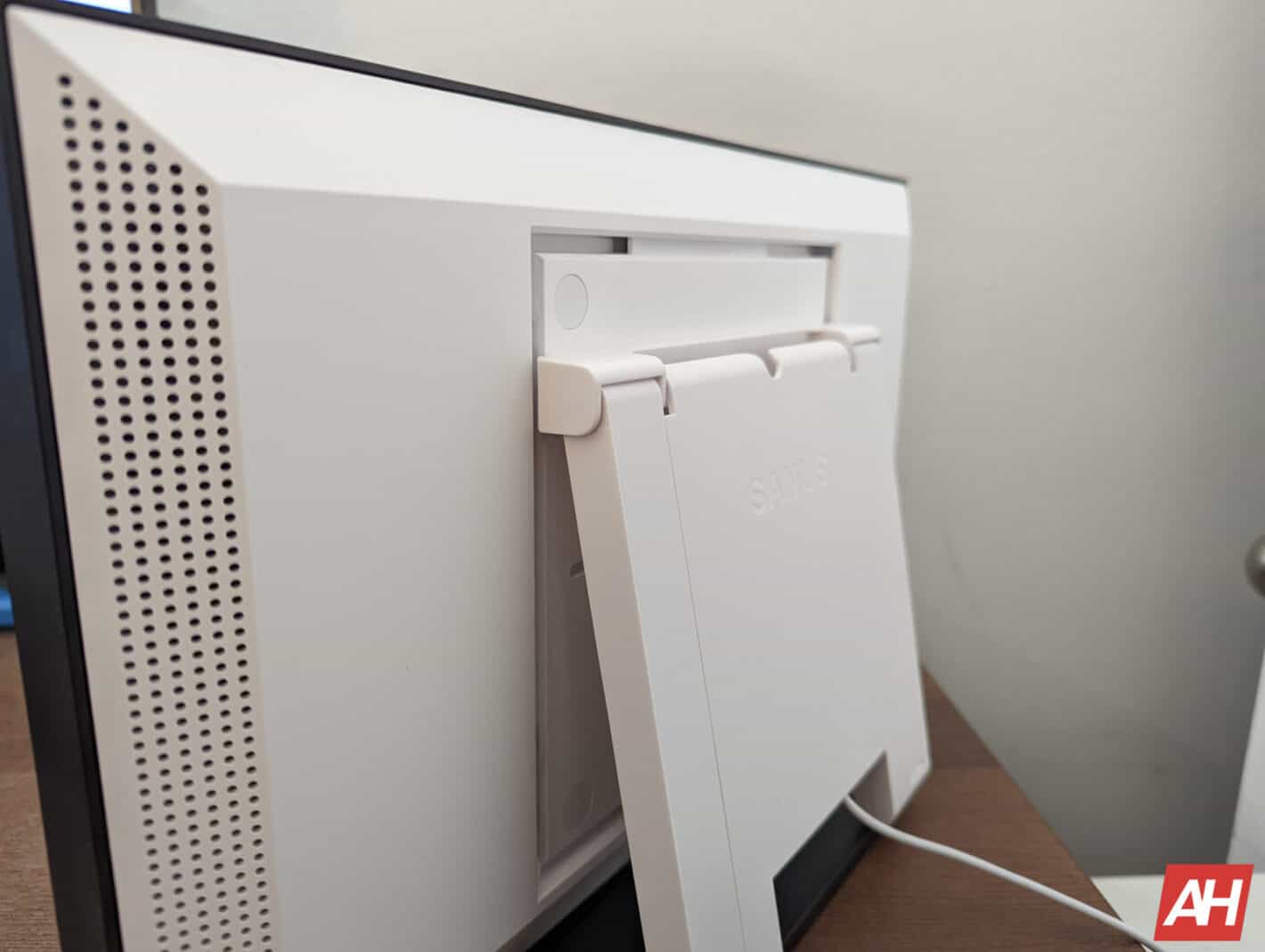 But if this is sitting on your wall in the hallway and you’re grouping it with other Echo speakers, then you’re probably not going to notice the sound quality.

There are buttons on the top of the Echo Show 15 for adjusting the volume, as well as the slider for the camera. The Echo Show 15 can get pretty loud, which is great if you’re trying to fill a larger room with sound. But remember that the speaker is on the back, but the back is not flush, so the sound is not muffled. That was a great design choice by Amazon to be quite honest.

You can listen to basically whatever music you want on the Echo Show 15. That includes Spotify, Amazon Music Unlimited, YouTube Music, Apple Music and others. 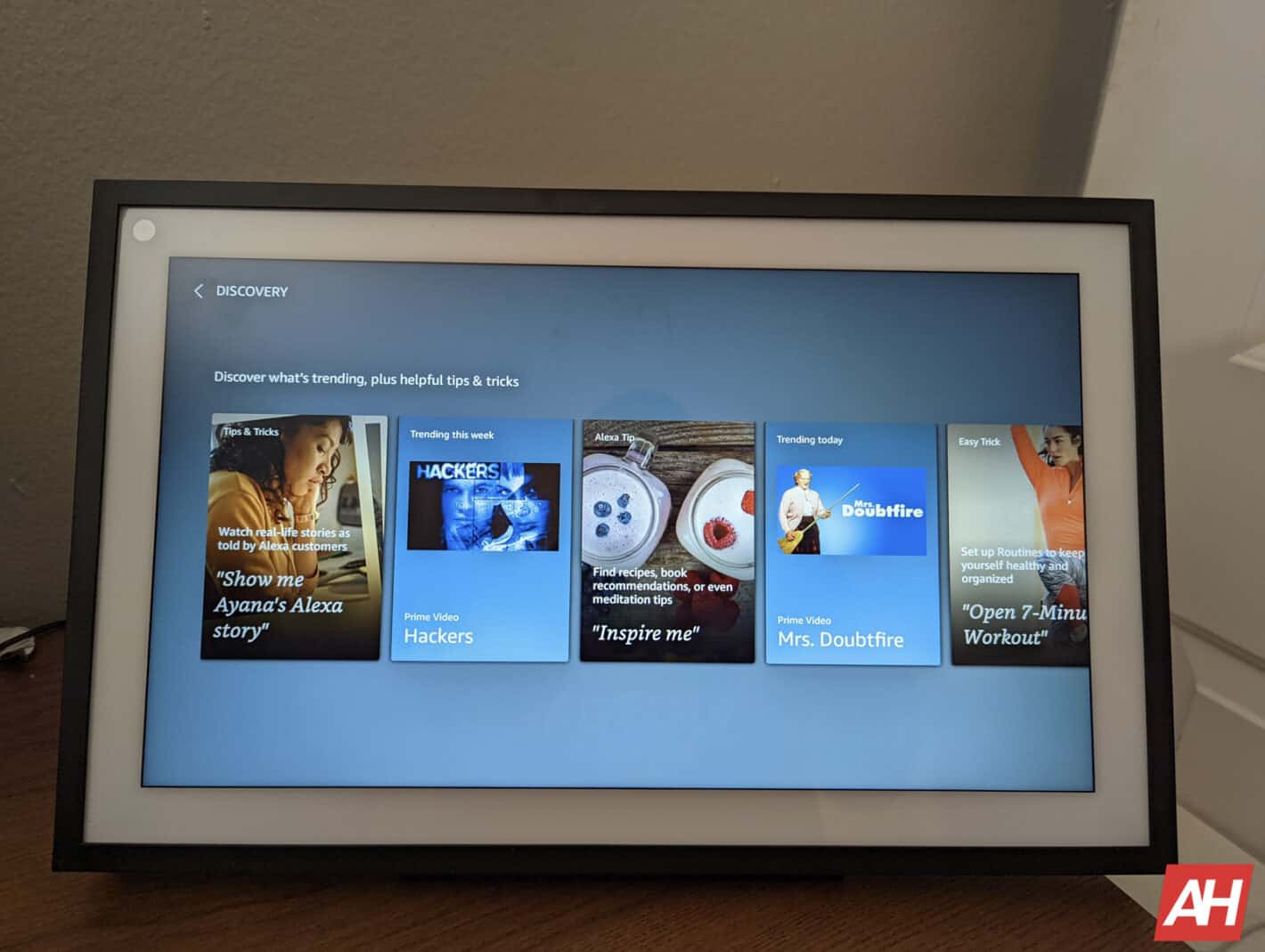 Should I buy the Echo Show 15?

If you do use Alexa, I’d still really only recommend the Echo Show 15 for those with actual homes. If you are in an apartment like me, it’s likely not worth picking up. Get something like the Echo Show 10 instead.

The Echo Show 15 is really a niche product, disguised as a mainstream product. It’s good if you want to have a photo slideshow on the walls in your home, however.