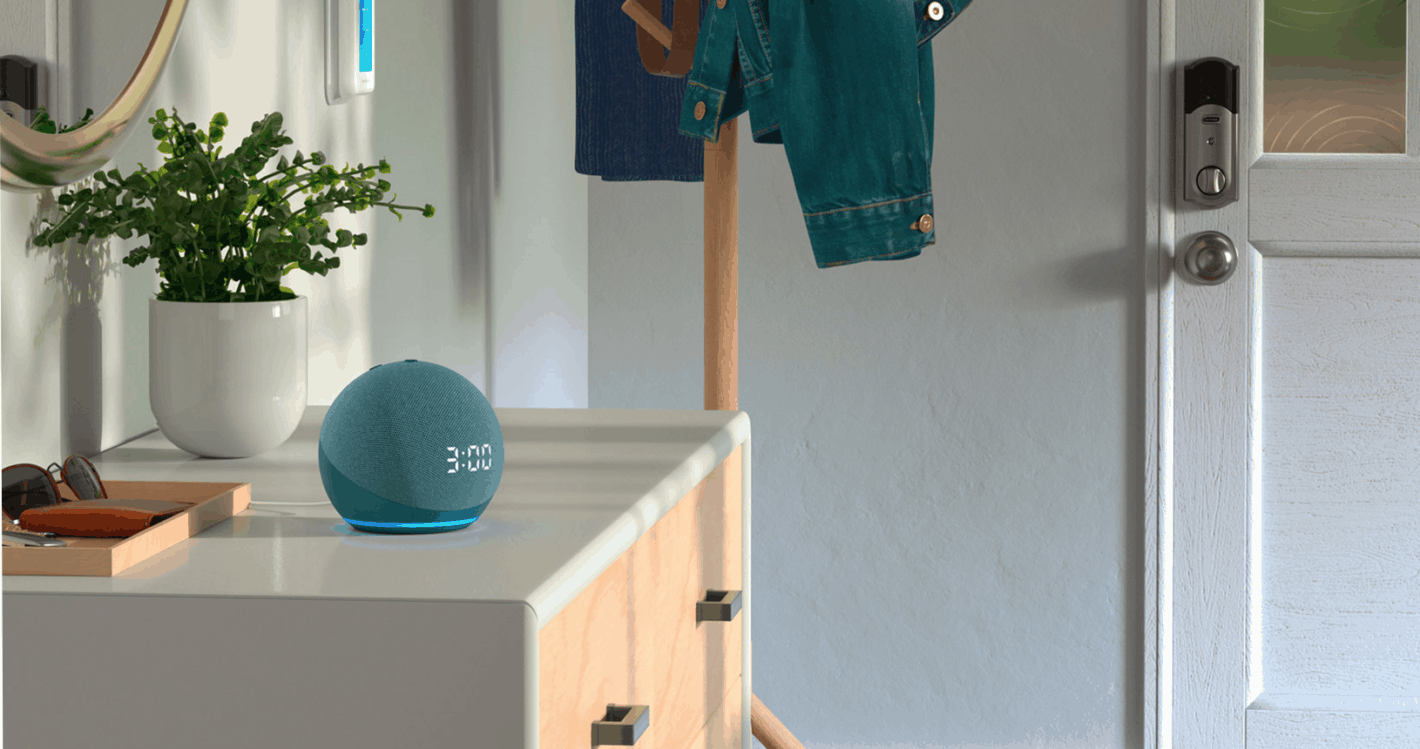 Amazon has the Echo Dot (the fourth-generation) on sale right now, bringing it down to $39.99. That’s going to save you $10 off of the regular price. That’s not an all-time lowest price, but likely the lowest we’ll see ahead of Black Friday in November.

The Echo Dot with Clock is also discounted, down to $49.99, that’s also $10 off. This is a great speaker to add into your bedroom or even the living room where you’d like an LED clock to sit.

Of course, the Echo Dot has Amazon Alexa built-in. Allowing you to ask all sorts of questions like how’s the weather, what’s in the news and much more. It can also be used to control your smart home products. You’ll typically find it bundled with a bunch of other smart home products on Amazon.

With the Echo Dot with Clock, you’re getting the same Echo Dot, but now with an LED clock on the front. Which looks really nice and is going to be a nice addition to a bed-side stand too. As you can easily glance over and see what time it is.

Both the Echo Dot and Echo Dot with Clock come in three colors: Charcoal, Glacial White and Twilight Blue. There’s no Product (RED) this time, that appears to be saved for the larger Echo.

You can pick up the Echo Dot from Amazon today in this sale by clicking here. This sale won’t last long, and shipping dates will likely start to ship pretty quickly.