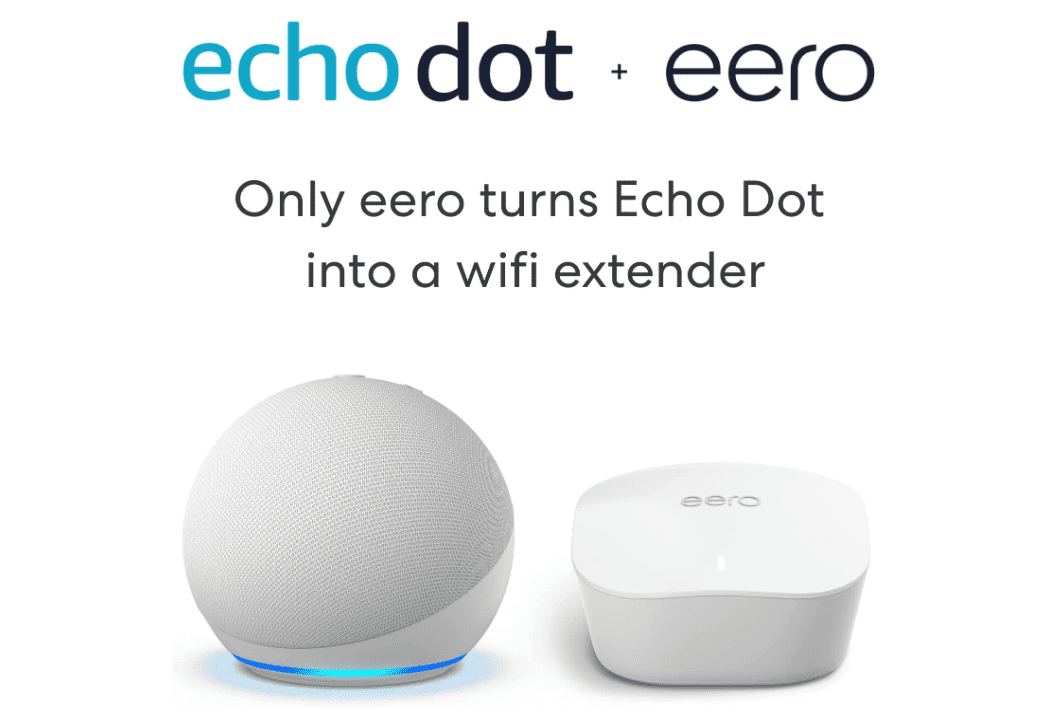 Amazon is also offering this bundle with the Echo Dot with Clock (5th Gen), which is going to be $109.

This bundle is really great, because the Echo Dot now works as an Eero WiFi Extender. So you can really replace your entire WiFi system at home for just $100. Which isn’t bad at all. Combined, it’ll be able to cover up to 2,500 square-feet.

The new Echo Dot also has better audio, with twice the bass (according to Amazon). Giving you vibrant sound in every room. Amazon offers the new Echo Dot in Glacier White, Deep Sea Blue and Charcoal.

Amazon has made it super simple to set up your new Echo Dot and Eero Mesh WiFi Router as well. So you’ll be up and running in a matter of minutes.

The Echo Dot, of course does work with multi-room audio, with other Alexa speakers. So if you have the regular-sized Echo, or even the Echo Sub or Echo Studio, you can sync these all together and get some really great sound in your home.

With the Eero WiFi Mesh Router, you’re going to get improved speeds and improved coverage. Mesh is really great if you have a lot of devices connected to your network. As it’s able to better prioritize them and based on how much bandwidth they need. For instance, an Echo doesn’t need as much bandwidth as say your smartphone or tablet.

You can purchase this bundle from Amazon today, by clicking here. But remember that the Echo Dot (5th Gen) does not start shipping until October 20, 2022.