Skip to content
Advertisement
Trusted By Millions
Independent, Expert Android News You Can Trust, Since 2010
Publishing More Android Than Anyone Else
13
Today
122
This Week
212
This Month
8357
This Year
125835
All Time
Advertisement 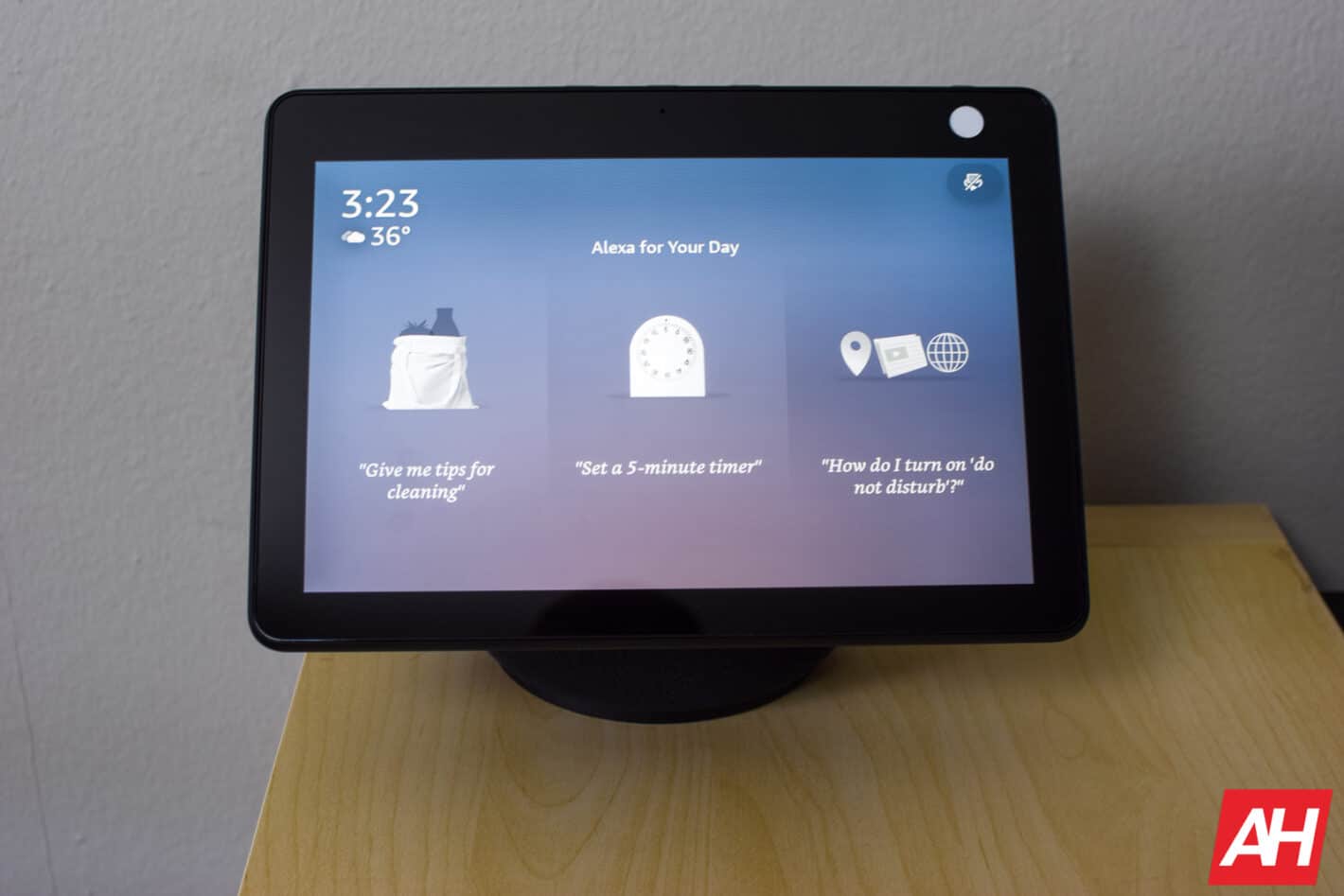 Believe it or not, the first smart assistant to make its way into a speaker was, Alexa. Unlike Google Assistant or Apple’s Siri, Amazon Alexa actually started on a speaker instead of on your phone. Of course, part of that is because Amazon’s phone didn’t do so hot, pun intended. The Fire Phone likely would have been where Alexa started, if it didn’t do so terribly bad.

Amazon actually stumbled upon Alexa’s success unexpectedly. In 2014, it launched an invite-only program for some Prime members to buy a new product called the “Echo” This was a pretty tall speaker that had a little-known feature, a smart assistant inside.

Now seven years later in 2021, Alexa and Echo are super popular, and some might say it’s more popular than Google Assistant and Nest, and Apple Siri and HomePod.

Alexa (and its counterpart, Echo) has come a long way since its debut in 2014, so here’s everything that you need to know about Amazon Alexa.

What is Amazon Alexa?

To put it simply, Amazon Alexa is Amazon’s version of Google Assistant or Siri. It’s a smart assistant that lives in all sorts of devices (smart speakers, displays, tablets, smartphones and more). Which can be used for all sorts of different things. Alexa can give you the current weather, call your mom, control your smart thermostat and so much more.

Unlike its competition, Alexa really relies on developers to expand its features and skill-set, with Alexa Skills. These can be thought of as apps for Alexa that will allow you to do more with your Alexa device. For instance, if you have Philips Hue lights, you’ll need to install the Philips Hue Skill on your Alexa account to be able to use Alexa to control them.

Alexa can do just about anything that you throw at it these days, but there are still some things that it has trouble with.

Alexa and Echo are not the same thing.

In the beginning, Echo devices were the only ones that used Alexa. So it was pretty easy to think that they were the same thing, but that is not the case. Alexa is the software behind the Echo. While the Echo is the hardware that Alexa runs on. And more importantly, that name is only used for first-party Alexa hardware. Essentially only Amazon-made Alexa hardware.

Alexa can run on many different devices, including those that are not from Amazon. But an Echo can’t run different smart assistants. For example, the Echo Dot can’t use Google Assistant. It can only use Amazon Alexa.

If you are looking for a device that you can use Alexa with, you will want to get one that is an Echo. Because it is a first-party device, and not a third-party device, it gets more features and usually has better hotword detection. Essentially, it won’t trigger whenever it heres anything similar (or not similar at all) to the hotword “Alexa”.

Does Alexa work with non-Echo devices?

Alexa is available on a ton of non-Echo devices that are on the market. Of course, the most popular is likely Sonos.

Sonos has Alexa (and Google Assistant) support on all of its smart speakers. That includes the Sonos One (Gen 1 and Gen 2), Beam, Move, Roam, and the Arc. As mentioned above, these do not have the same hotword detection as an Echo, however. For example, the Sonos One will get triggered whenever someone says something similar to “Alexa”, even if its coming from the TV.

Amazon Alexa is also available on devices from Anker, JBL, Harman Kardon, NETGEAR (thanks to a Harman Kardon collaboration), Bose, ecobee Yamaha and more. Most of the bigger names in audio have at least one Alexa-compatible speaker or soundbar. Of course, the ecobee one is really interesting. It has a couple of products that essentially have an Echo built-in. It’s not just compatible with Alexa, but it is built into the thermostat (and the wall light switch).

For quite a while, both Amazon Alexa and Google Assistant were very similar in terms of what they could do. But the big difference was that Alexa supported more smart home brands and products, whereas Google Assistant was able to answer more questions. Of course a big part of this is the fact that Amazon runs a huge online retail store where these products are sold. And Amazon would prefer those that supported Alexa over other features. So they would sell more. But Google Assistant on the other hand, has the world’s largest search engine behind its assistant. Which makes answering questions super easy.

Not to mention the fact that Google had been working on text-to-speech for many years, dating back to Google Now back in 2012.

Nowadays, they are very similar though. Google has caught up to Amazon in terms of smart home products support. And Alexa has gotten way better with answering questions. It’s still not quite as good as Google, but it likely won’t ever be, unless Amazon starts a search engine.

The reason to pick one over another will likely come down to what smart home products you have in your home. If you have a lot of Ring devices like the doorbell, the floodlight and others, then Alexa is what you want. As Ring is owned by Amazon and doesn’t work with Google Assistant. And vice versa if you own Nest products, as it is owned by Google.

Since the first Echo device was announced in 2014, Amazon has really expanded it’s lineup, and now has an Echo for virtually everything. Which makes finding the best Echo device a bit tougher. But here are three of the best that are currently available. 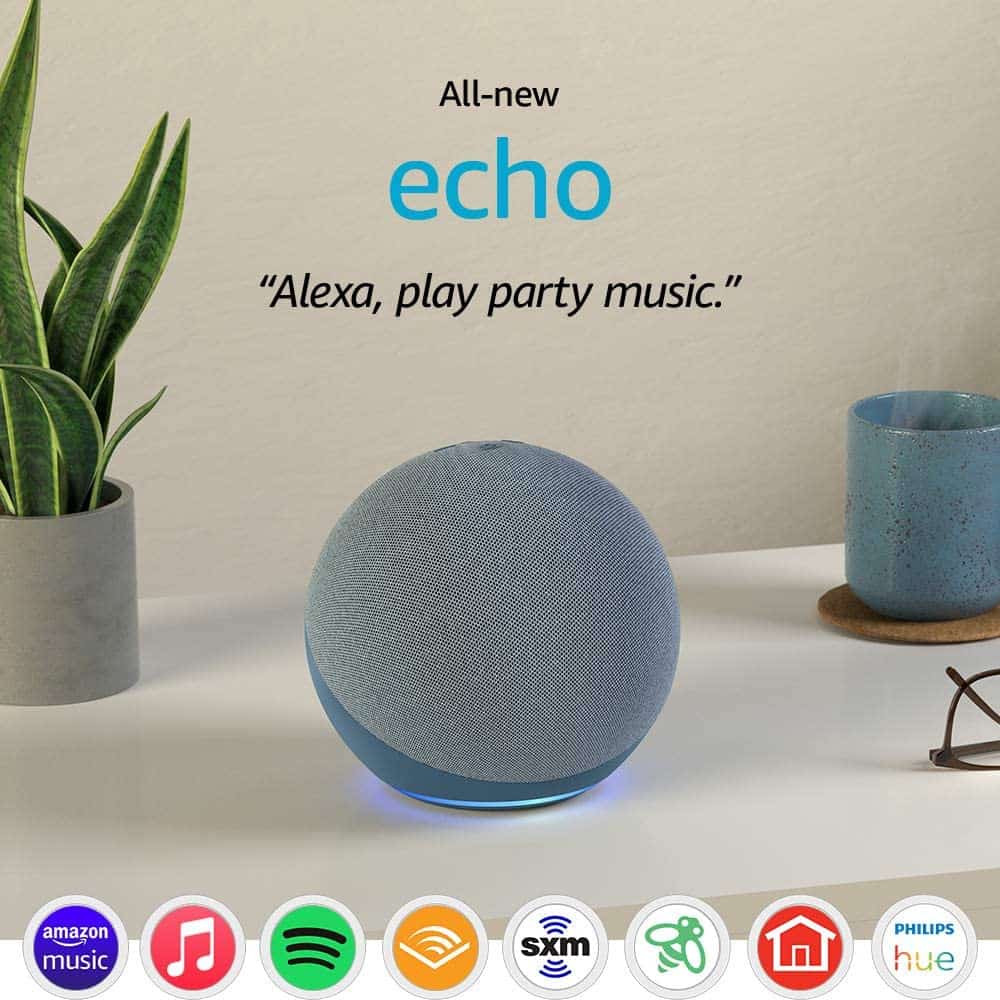 The Echo is the tried and true speaker from Amazon. This is a good middle-ground option for everyone, as it does offer some great sounding audio, tuned by Dolby. While also being under $100. That’s nearly half the price of the original Echo.

It also produces sound in 360-degrees, so it can easily fill a room with sound. It comes in three colors – Twilight Blue, Glacier White and Charcoal. 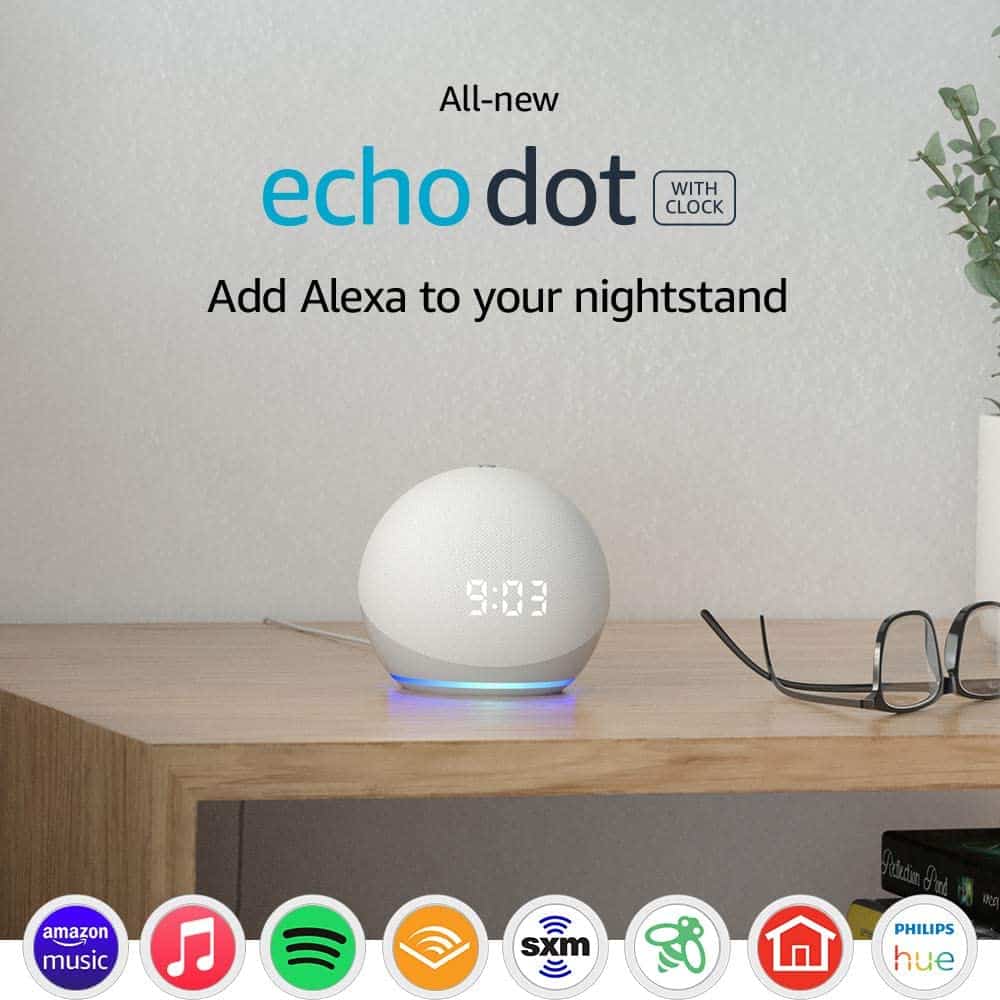 The Echo Dot with Clock is another great pick, coming in at $60. This is the small Echo Dot, but now with an LED clock, which believe it or not, is super useful to have available. Allowing you to easily look over and see the time. Without asking Alexa for it.

Now, due to its smaller size, the sound on this one isn’t all that great. But you will be pleasantly surprised at how good it is, for the size. It comes in two colors – Twilight Blue and Glacier White. 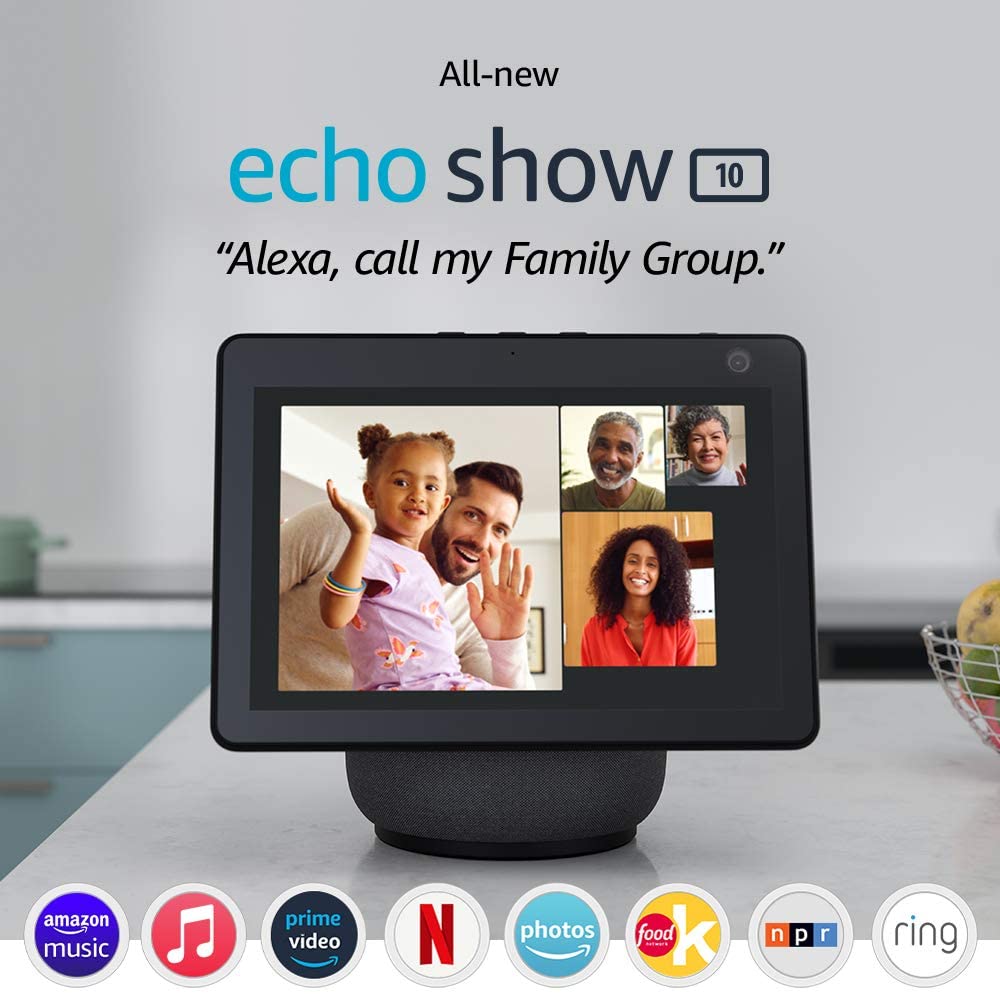 The Echo Show 10 is perhaps the best smart display with Amazon Alexa built-in. This is because it can follow you around the room and has a very capable speaker too. So in the world of having to do plenty of video calls to everyone, the Echo Show 10 really stands out.

There is also a built-in camera that can double as a security camera when you are not at home. The Echo Show 10 comes in two colors – Glacial White and Charcoal. It is somewhat expensive though, coming in at $199. But some of the advantages to having Alexa on a display is that Alexa gets visual. So you can see the weather instead of just hearing it. Not to mention you can also see the feed from your cameras and doorbells on the screen.

What are Alexa Skills?

Alexa is pretty powerful out of the box, but what makes Alexa even more useful are skills.

These are really important for smart home products. As each brand has its own Alexa Skill that needs to be installed. This basically links your Amazon Account with their account. For example, the LIFX skill links your Amazon and LIFX skills together.

But there are many more skills available than just those for smart home products. You’ll also find skills for different streaming services that you can watch on your Echo Show (smart display with Alexa inside). And much more.

The most popular Alexa skills

These are the most popular Alexa skills that are available. And they are all free too.

And there are loads more available. As of late 2020, Amazon announced that there are over 100,000 Alexa skills available. And more are being added everyday.

What are Alexa Routines?

Amazon Alexa Routines are exactly what they sound like. A set of Alexa commands that you give everyday as part of a routine. And it makes Alexa super flexible.

For example, with an Alexa Routine like “Good Morning” you could set Alexa to turn on the lights, start your coffee (if you have a smart coffee machine), update you on weather and your commute and end with the latest headlines from your favorite news source. Without having to give Alexa five different commands, you can do it all with just one command.

These routines can be adjusted to your liking, and Alexa gives you some nice options in the Alexa app as well.

Alexa Routines can be triggered by a number of things. From specific commands, to sensors going off, or other events happening. They can even be based on the time of day.

Alexa Routines can be very powerful, and allow you to use Alexa to do more things throughout your day and allow you to spend more time doing other things. If you set them up properly, you can really save some time in your daily routines. 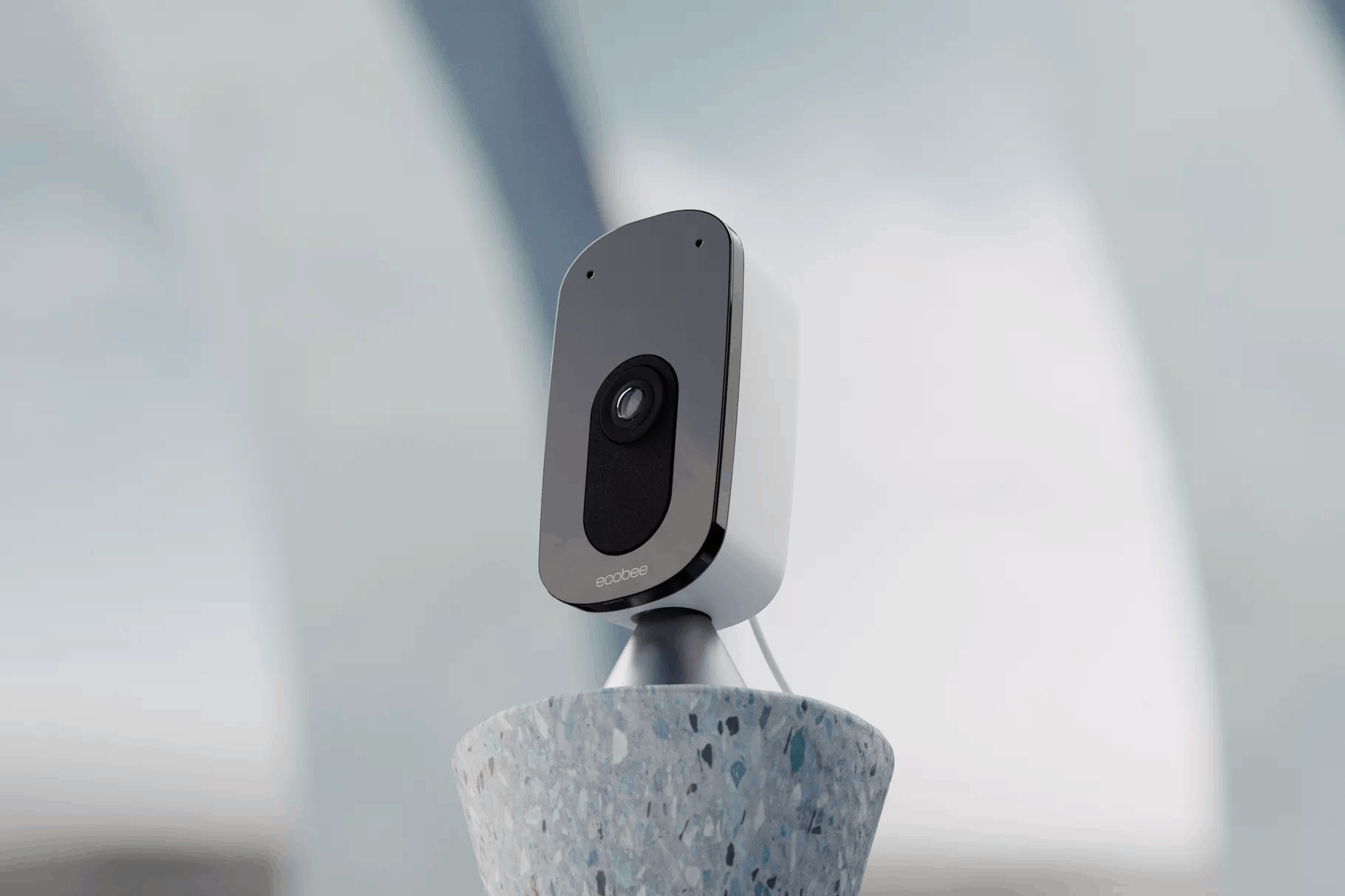 Yes, and it can control almost any smart home product you can think of. The only real caveats there are Nest products. While Alexa does work with the Nest Learning Thermostat, most of its newer devices do not work with Alexa. And that comes down to Google being the owner of Nest and wanting it to work with Assistant over Alexa.

Some of the brands that work with Amazon Alexa include:

Amazon Alexa is also available on every Android and iOS device too. In fact, Alexa comes pre-installed on some Android devices. But you can easily install the Alexa app from the Google Play Store.

Is Alexa worth it?

This all depends on your setup. If you use an Android smartphone, and ask a lot of questions of your favorite smart assistant, then Google Assistant is going to be better. The same goes if you use a lot of Nest products in your home.

Otherwise, if you use Ring and Blink products in your home, and mostly want your smart assistant to control your smart home products, then Alexa is worth it. It’s also a bit more flexible than Google Assistant right now.