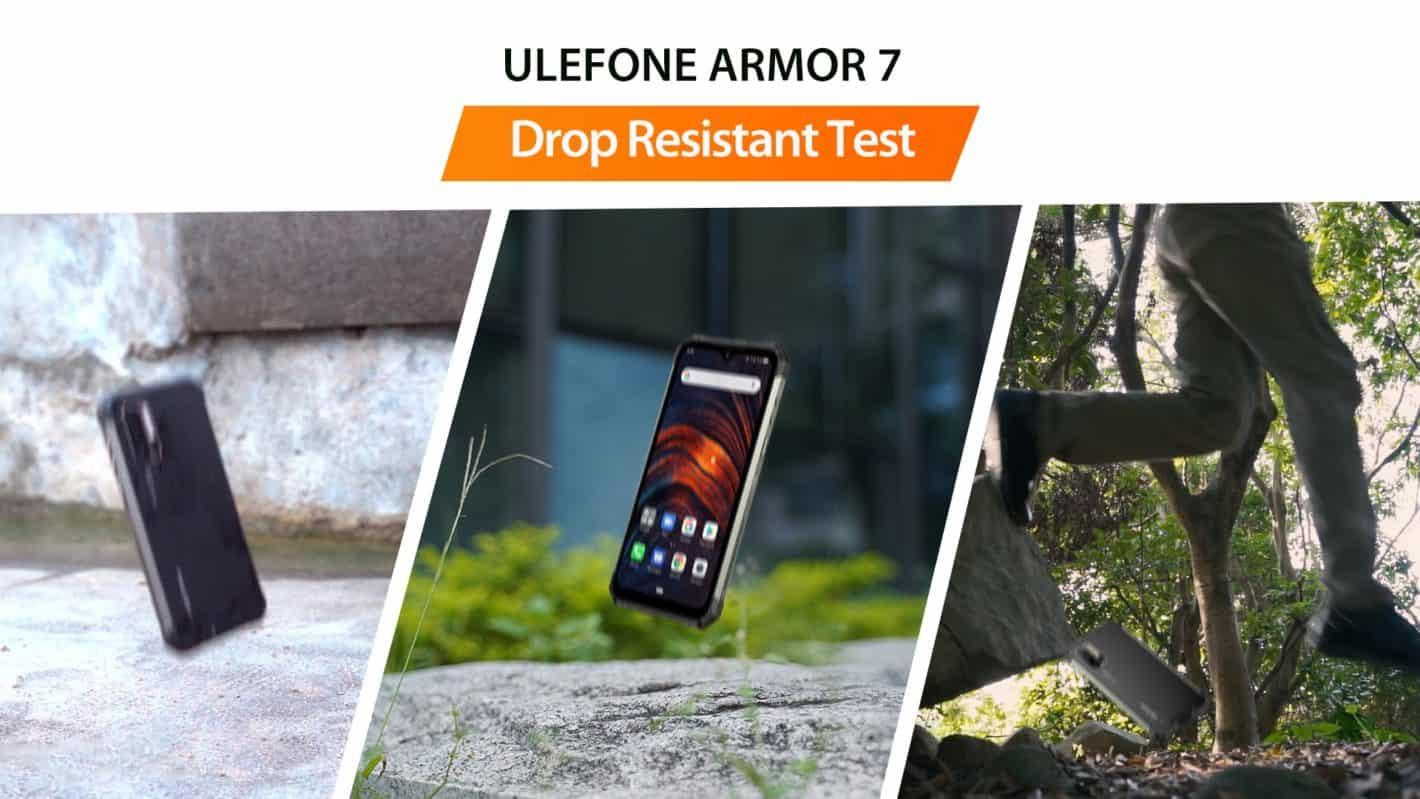 The Ulefone Armor 7 is one of the most compelling new rugged smartphones at the moment. The Armor 7 launched quite recently, and the company has just released a new promo video, which shows how rugged this device is.

This new video appeared on Ulefone's official YouTube page, and it has a duration of about two minutes. This is essentially a drop test of the phone.

The first drop test that the company conducted includes dropping the Armor 7 from a height of over 2 meters. The phone got dropped onto concrete, by the way, and it handled that without a problem.

The second test sees the phone dropped on a side of a huge rock. In the third one, the Armor 7 falls down several stairs which are made out of concrete.

The rugged Armor 7 can also handle being thrown into the air, it seems. The phone fell onto concrete yet again, and it continued working just fine.

The drop test that was conducted after that sees the phone thrown even further into the air, but this time it fell onto grass. The test following that one sees the phone dropped on a small rock, and then it slides into the water.

Several other drop tests appeared in this video, showing the phone taking a bath in the sand, and it got dropped onto concrete several more times.

The Armor 7 is a rugged smartphone, as already mentioned. Despite that, however, it looks really nice. This phone's bezels are not too thick, and it comes with a small waterdrop notch.

The device is fueled by the Helio P90 64-bit octa-core processor. It features a 6.3-inch fullHD+ display, along with 8GB of RAM and 128GB of internal storage.

It has three cameras on the back, and a 48-megapixel sensor stands out as its main camera. The phone comes with a fingerprint scanner, and facial scanning as well. A 5,500mAh battery is included, along with 10W Qi wireless charging.