The 360 S10 robot vacuum has a lot of great features, but perhaps the most important are the obstacle avoidance and powerful suction.

360 Smart Life is a company that you may not be familiar with, as it’s not as popular in the robot vacuum space as some other companies. But it is definitely one that you should pay attention to. The S10 is not the company’s first robot vacuum, but it is in the running to be the best on the market.

There are a few features that really set the 360 S10 robot vacuum apart from others on the market. And that includes the 3300Pa suction, and 5000mAh battery size. For reference, most other robot vacuums top out at 2500Pa suction, and many are closer to 2000Pa. So that’s some serious suction here.

The S10 is also super slim. Because 360 opted to sort of hide the LiDAR module, instead of putting it on the top of the vacuum, it is able to fit under furniture that sits lower to the ground. The LiDAR module is actually inside the vacuum, with a little “window” that allows it to see in front of it. As well as the sides. This position does work really well on the S10, which allows it to map out your home, and even create a 3D map. So, when I first received the 360 S10 robot vacuum, I was really excited to see what this 3D mapping feature was all about. It’s pretty cool, it can produce a floorplan for your home or apartment and even show which rooms are carpet and which are not. But it doesn’t do anything extra that the 2D map couldn’t do.

As the 3D map does show that every obstacle – like furniture, a TV stand, etc – as being a wall. Which isn’t entirely accurate. But it is accurate in the terms of having to avoid it.

Like I said, it’s cool to see this 3D map in the 360 app, but you’ll probably leave it on the 2D map most of the time. As it doesn’t require two hands to move around the map on your phone.

However, like most robot vacuums on the market, the 360 S10 also allows you to save multiple maps. So you can use this on multiple floors in your home. It can’t go up or down stairs, so you’ll need to physically move it to another floor. But, S10 can automatically switch to the wireless network of the corresponding floor.

The rest of the app is pretty easy to use, and has some common features that you’d expect. Like the ability to change the cleaning mode, telling the S10 to mop, and even setting up virtual boundaries.

There’s also a couple of rather cool settings in the Settings portion of the App. Like an option to have the S10 clean the bathroom and kitchen last. That is a nice feature since those rooms are likely going to be the most dirty of the rooms in your home. And those that you want to mop. Another option is to do twice criss-cross in the entrance of your home. So it’ll clean left to right, then top to bottom, and do it all again. This is really useful in your foyer, as that’s where you come in with your dirty shoes and such. That will be very useful in the winter when snow, ice and salt are tracked in.

When you see companies you’re not familiar with advertising things like 3300Pa suction when the rest of the industry is struggling to hit 2500Pa, you are probably a bit skeptical. That was the case for me. I’ve been using the Roborock S7 for most of the year with its 2500Pa suction and it’s been great. So to see the 360 S10 come out with 3300Pa suction, a 32% increase over the current top dog on the market, it was a bit surprising.

However, after using the 360 S10 for a few weeks, I can see that it is actually that powerful. If you have a dog or cat, or even both, you’ll really notice the suction strength on the S10. I have a dog, who seems to never stop shedding, but that fur was no match for the S10. It was able to get up even the most stubborn pet hair, without having to be run a second or third time. That is actually quite impressive, as I haven’t seen any other robot vacuum do that, yet. 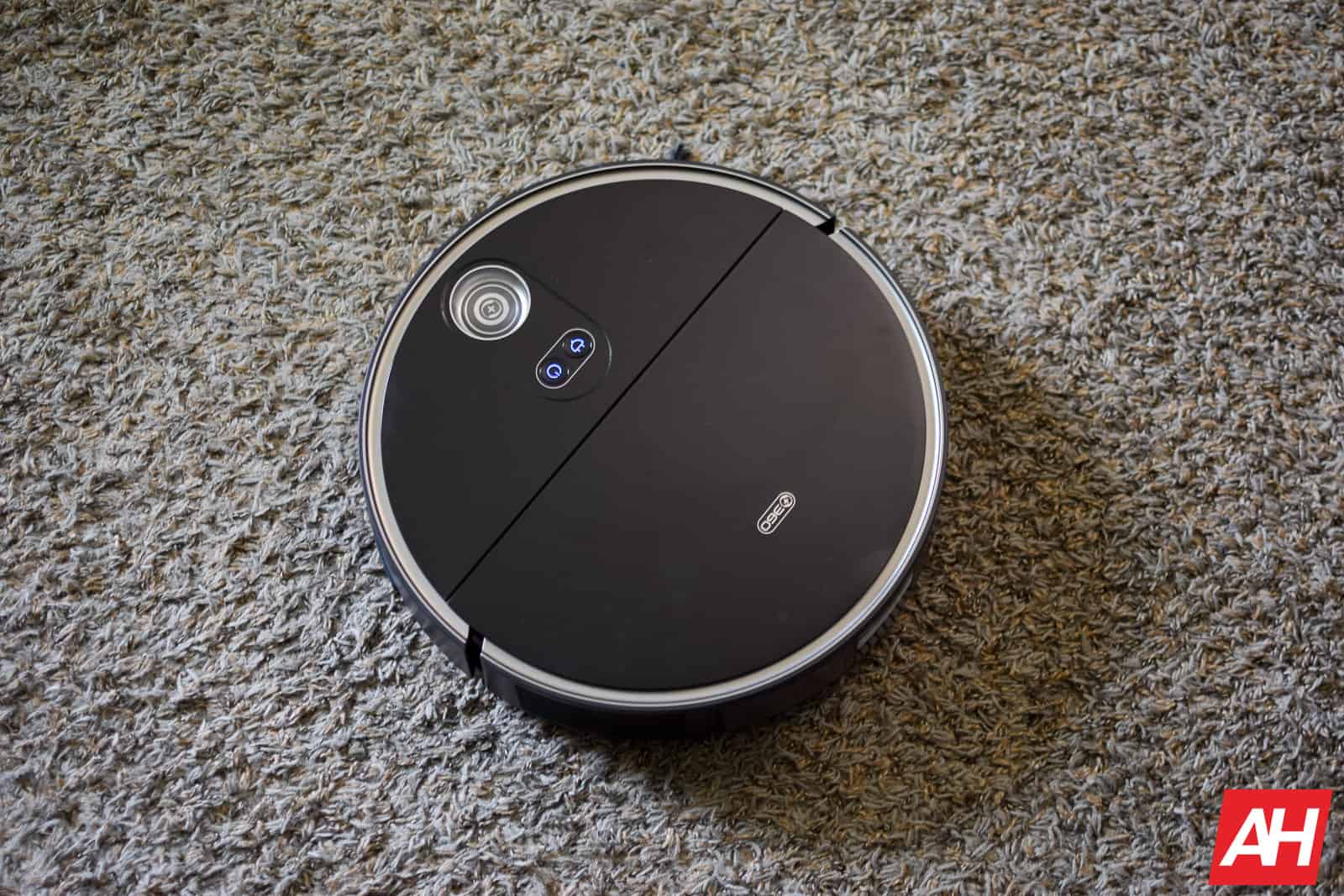 Of course, it only does the full 3300Pa on “Max” mode. And it does use up a significant amount of battery too. You likely won’t be able to clean your whole home on one go-round with it on Max. It’ll likely need to recharge before it can finish. Quiet mode drops down to about 600Pa, while Standard hits at about 1000Pa. And Powerful mode bumps that up to 1500Pa.

We’d recommend really only using the Max mode if you haven’t cleaned in a week or longer. And if you have a smaller place. It’s able to clean the majority of my 950 square-foot apartment on Max Mode before it needs to be recharged, but not entirely. 360 does advertise some pretty impressive battery life for the S10 robot vacuum. And it’s true. That 5000mAh battery can last quite a while, up to three hours on a charge. However, if you are using the more powerful modes, it’s not going to last anywhere near that long. On Max mode, you’re looking at about an hour. 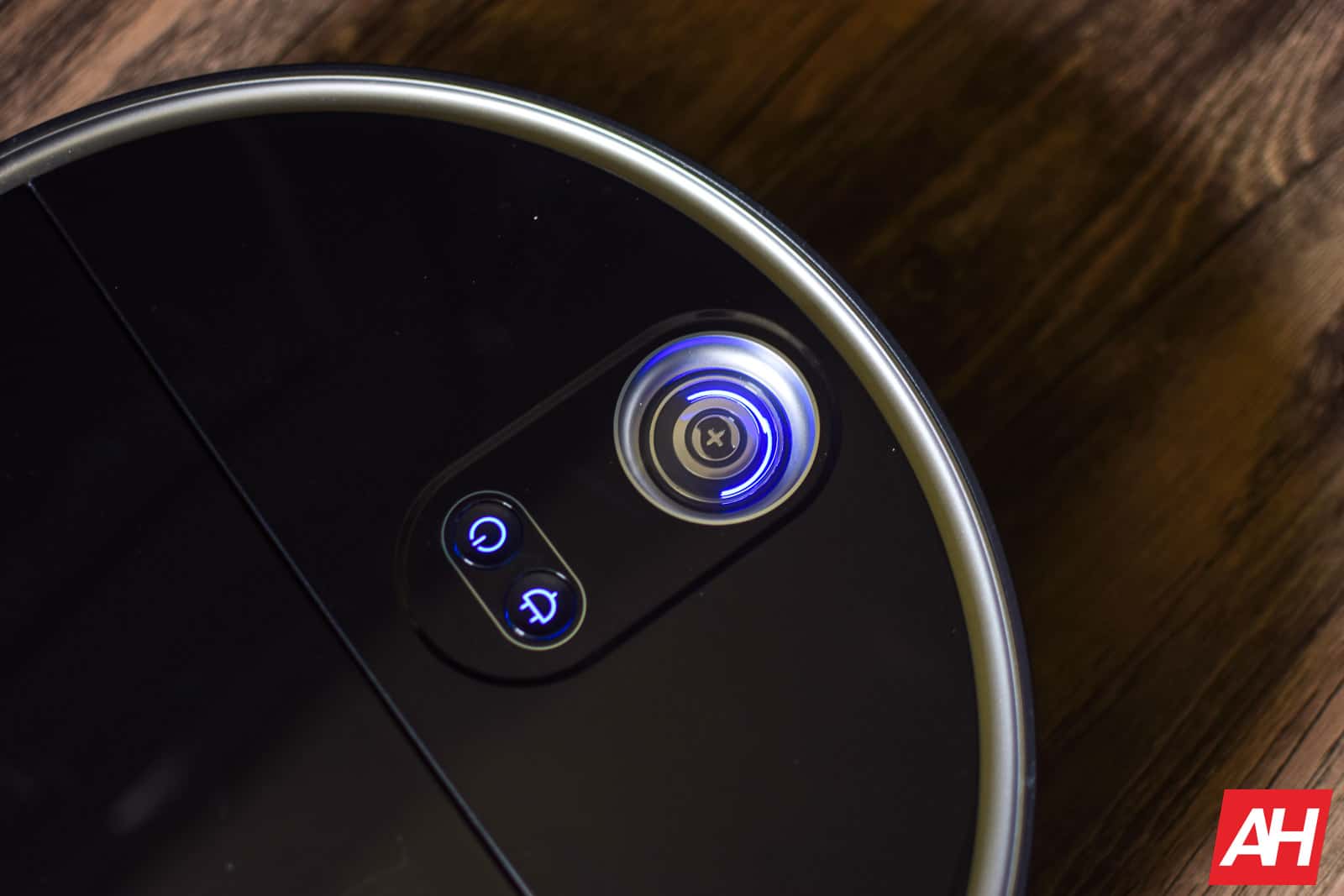 The best option is to keep it on Standard mode. Which will do a great job of cleaning your home, and also let it keep going a bit longer.

Over the years of testing and using different robot vacuums, I’ve come to not expect a whole lot from a robot vacuum that can also mop. Most of them can’t do a whole lot of scrubbing, and you can’t use soap. So it’s basically just moving water around on the floor. But that has changed in the past few years.

Robot vacuums are starting to get really good with mopping, actually. The S10 comes with a 520ml water tank that fits into the back of the vacuum. And that is enough to clean the laminate flooring portion of my two-bedroom apartment, which is basically everything except for the bedrooms. There are three modes available for mopping, which includes low, medium and high. Of course high is going to be for the bigger messes, and low is for those high-traffic areas where you need the floor to dry almost instantly. 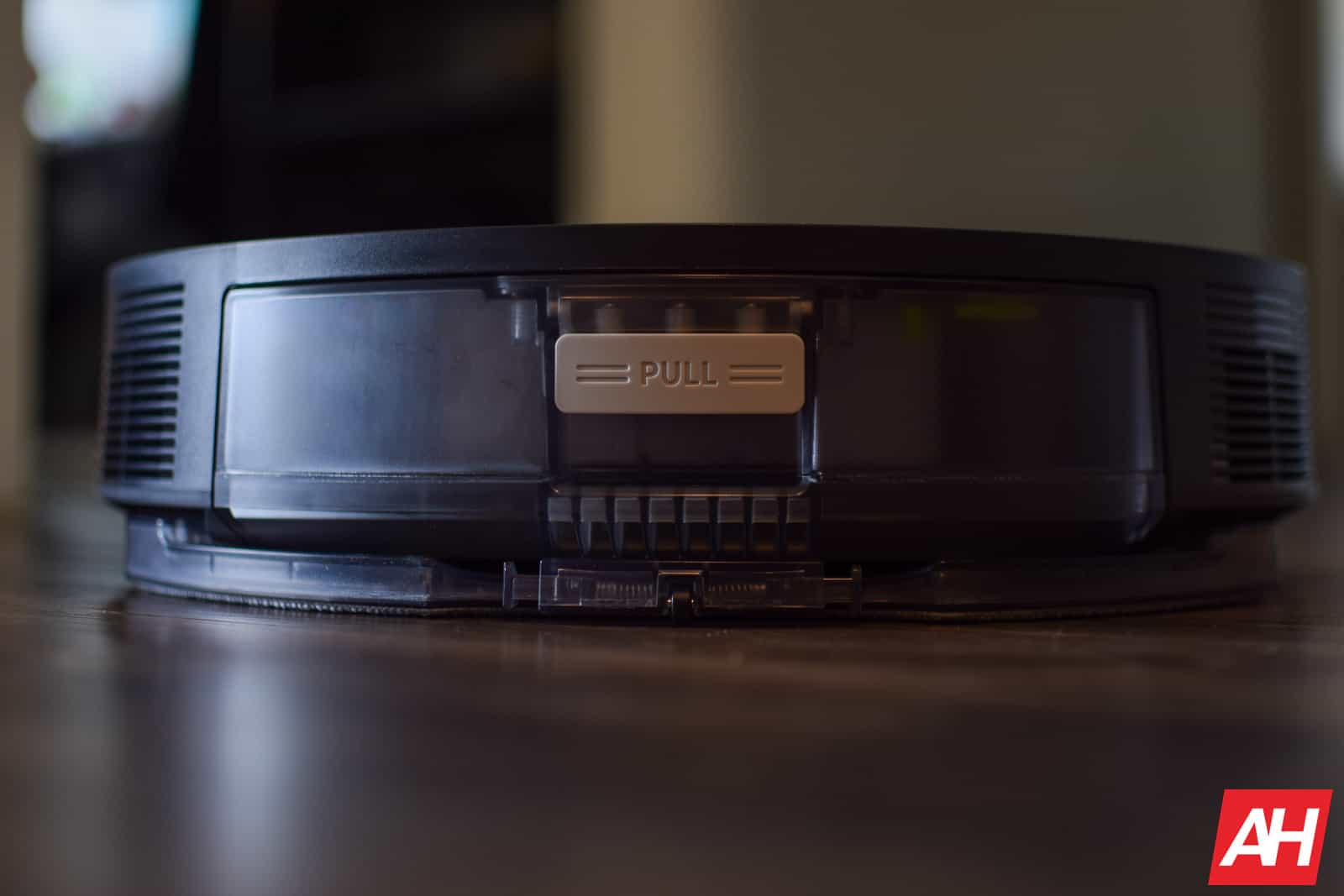 On medium, it was able to mop my apartment – minus the bedrooms that are carpeted – without running out of water. It did a pretty good job too. The floor was pretty spotless after running the S10.

360 also has an automatic mode for the S10, which allows it to adjust the water level based on how dirty the floor is. Which is also very neat and easy to use.

Now, the 360 S10 Robot Vacuum can also auto detect carpets. So when it enters the bedrooms in my apartment, it knows that those are carpeted rooms and will not mop in there. This mode will also increase suction automatically. As you need more suction on carpet than you do on laminate, of course.

The dustbin is super easy to empty

Some robot vacuums, you need to fiddle with to actually empty, but 360 made it super easy to do. Just use your thumb on the green stripe to unlatch the bottom of the dustbin and poof it empties into the trash. Then snap it closed and you’re done. It’s a really easy-to-use dustbin.

360 claims that you can go around two weeks before needing to empty the dustbin. But where I have a dog, and it picks up a lot of hair on every run, I empty it after every use. Just so that it doesn’t get backed up and stops actually cleaning. But considering how large it is, it can surely get most non-pet households through a week or two with ease. 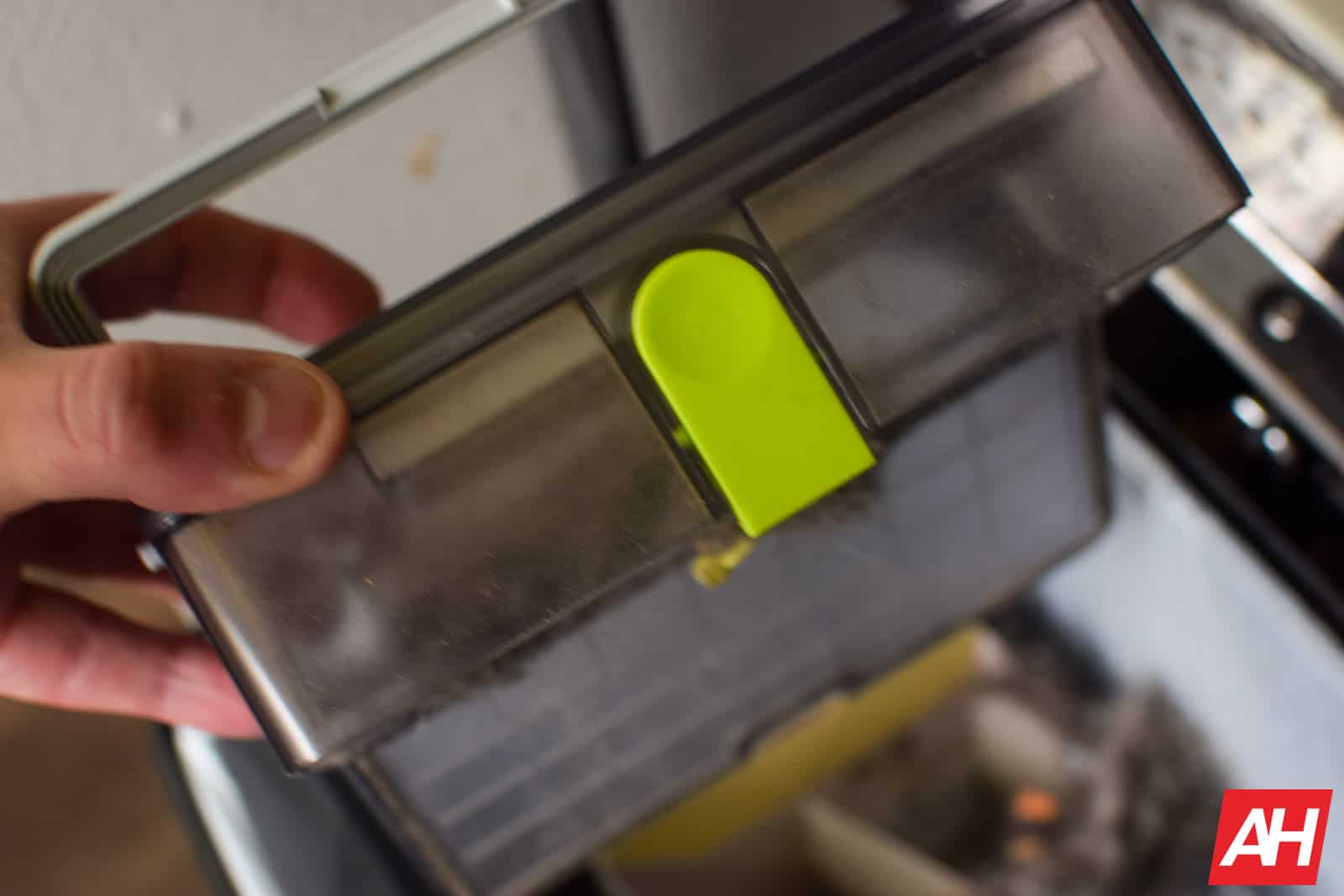 The only complaint here is really that there’s no self-empty dock available for the S10. But the dock does have some built-in cable management. So if you have the robot vacuum plugged in really close to the outlet, you don’t have a power cord running all over the place. It’s a little tough, but definitely useful. The S10 is a really good bargain, in the world of robot vacuums. If you want to upgrade your sweeper, or want to start with a simple and efficient helper all at once, then S10 is a good choice. It does just about everything you’d want from a robot vacuum, and offers a great price. So the real question is, why not buy it?