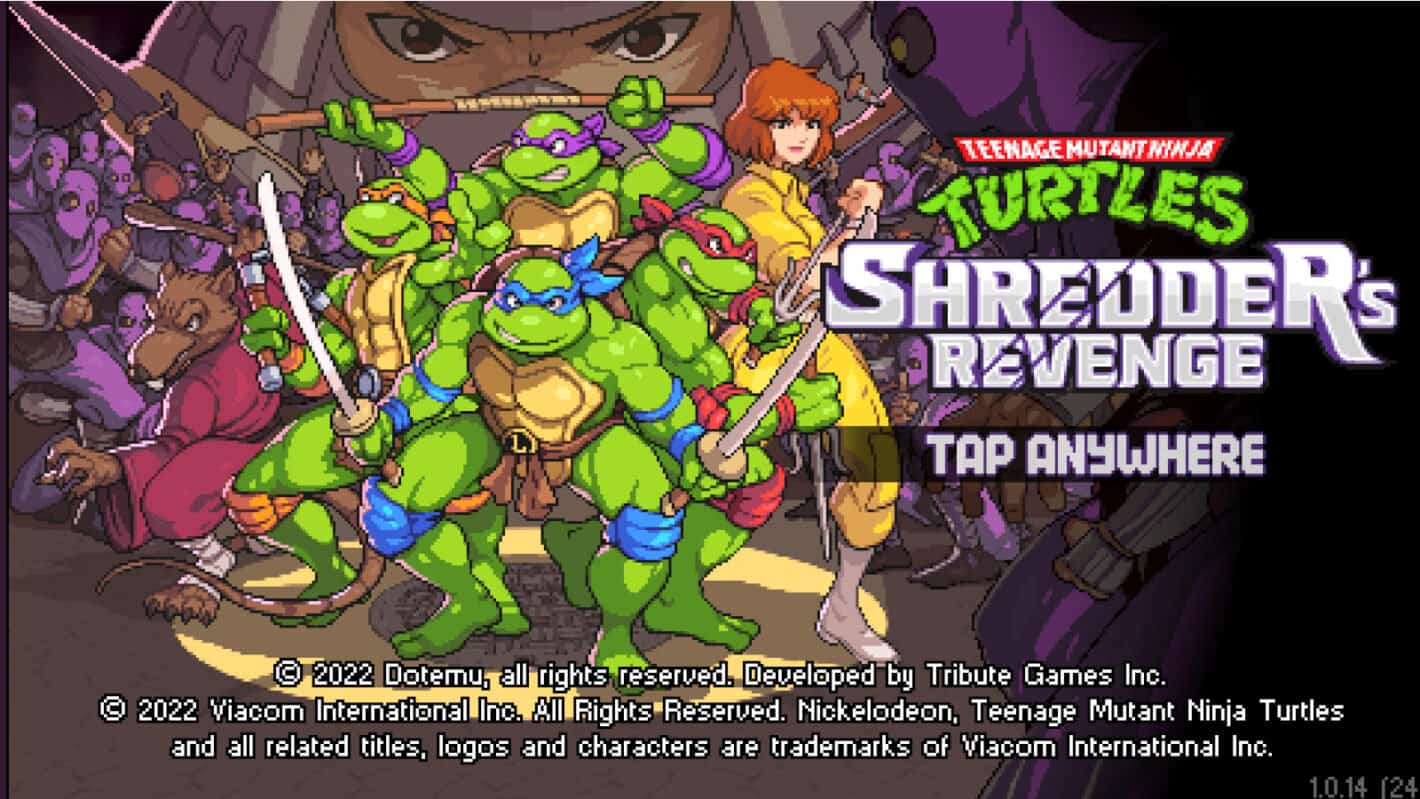 Netflix has been making a large push into the gaming market. The streaming giant has a selection of exclusive games on the both the iOS and Google Play Store. The company just released TMNT: Shredder’s Revenge. We did a quick hands-on for this game to see what all the hype is about. Spoiler Alert: it’s for you nostalgic nerds out there.

Before we dive in, this is a Netflix-exclusive title. You’ll need a subscription to play it.

This game is styled after the classic 80s/90s arcade games. That’s no surprise, as the Ninja Turtles are a product of that era. As such, there’s a classic style to the pixelated graphics, music, and the amazing animated intro. Not only that, but you get a short cutscene at the beginning that looks like something straight out of an NES title. It’s a great game to consider if you spent a bunch of quarters on games like these back in the day.

Since this is a game inspired by classic arcade games, you can expect the gameplay to be much the same. It’s a straightforward beat ’em up where you can play as one of several characters from the franchise. You can play as either one of the four Turtles, Master Splinter, or April.

After a short cutscene detailing what’s going on, you’re pushed right into the action. You’ll see a classic D-Pad on the left of the screen. You can press the buttons individually or slide your finger across it to change direction. You can also double-tap it to so a dash.

On the right side of the screen, you have your action buttons, and there are quite a few. You have your basic attack button, jump, jump attack, and jump back buttons. After you fill a little gage, you’ll see your special attack button appear.

Attacking while dashing will have your character do a charge. Walking up to an enemy will cause your character to grab them. From that point, you’re able to slam them or throw them. There’s a funny attack where you’ll throw the enemy toward the screen.

Other than that, there are pick-ups that you’ll find along the way in the shape of pizzas (because, ya know, Ninja Turtles). One will give you health, one will give you unlimited specials for a limited amount of time, and more.

Should you try TMNT: Shredder’s Revenge?

Definitely! It’s a very fun game with some neat features, graphics, and gameplay. There’s a lot to experience, so you can download it for free from the Play Store and the iOS App Store today.