Canalys has shared its global smartphone shipments for 2022, and a separate table for Q4 last year. This report actually shared some very interesting info. Samsung managed to top Apple in 2022, but Apple managed to secure a major win towards the end of the year.

Samsung managed to top Apple in 2022, and retain its top spot

Let’s first talk about the year as a whole. Samsung grabbed 22% of the smartphone market worldwide. The company managed to retain its spot as the top smartphone manufacturer out there. 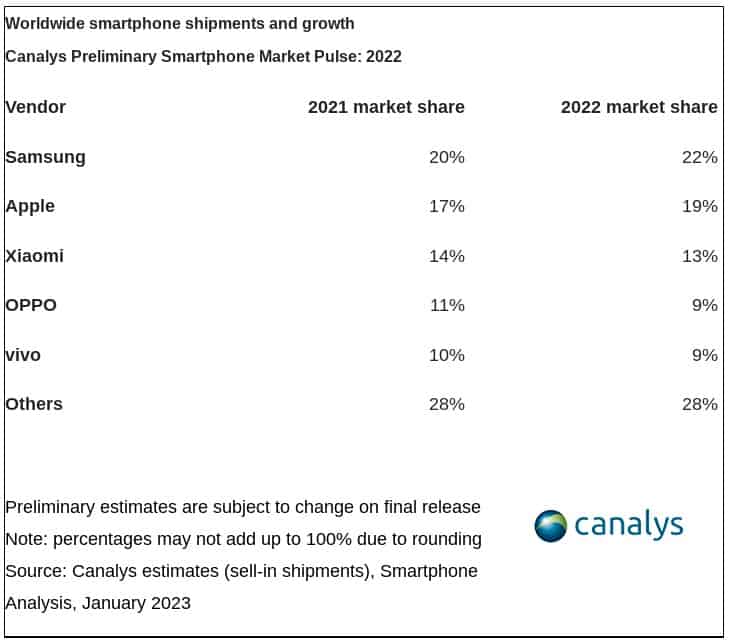 Apple trailed in second place with a 19% market share, while Xiaomi grabbed the third place with a 13% piece. OPPO and Vivo are fourth and fifth-placed with 9%, which leaves everyone else with 28% of the market.

Compared to a year before, Both Samsung and Apple increased their market share by 2%. Xiaomi lost 1% of the market, as did Vivo. OPPO’s percentage dropped by 2%. 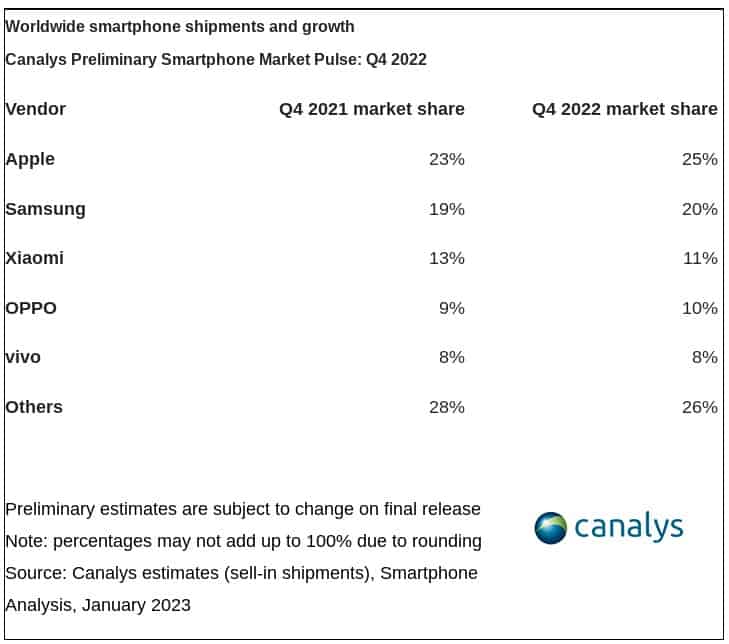 Samsung and Apple are trading blows from one quarter to the next, but Samsung once again won the war. It managed to retain its top spot last year, but Apple is still quite close, as was in 2021.

Xiaomi didn’t really grow compared to last year, but it’s still comfortably in third place. OPPO and Vivo are pushing for expansions to other markets, and once they settle in Europe, things could change.