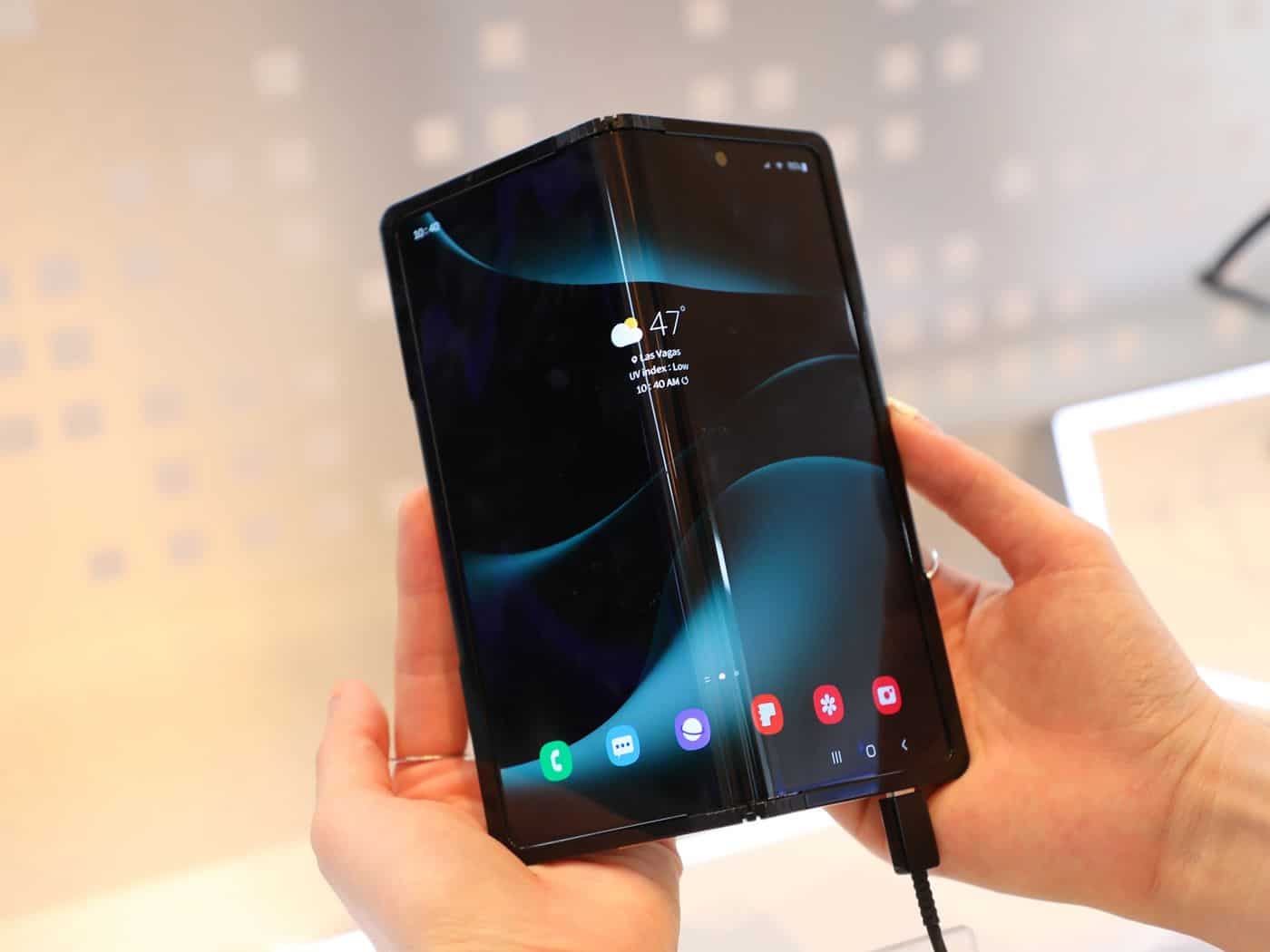 Samsung may have a new type of foldable smartphone in the works. The company’s display manufacturing arm Samsung Display showed off a 360-degree folding device at CES 2023 earlier this month. Called the Flex In & Out, the prototype display and hinge can rotate 360 degrees, allowing you to fold the device both inward and outward.

Samsung has a 360-degree folding device in the works

This foldable design solves one of the major complaints with Samsung’s current foldables. It makes the crease along the fold line on the screen less visible. When folded outward, the display would stretch further, so there’s no question of a crease forming on the screen. But even when you fold the device inward, the redesigned hinge reportedly takes the stress off the screen along the fold line, ensuring a less visible crease.

Samsung Display spokesperson John Lucas told The Verge that the Flex In & Out hinge takes a water-drop shape when folded inward. This allows the screen to fold in a looser shape, like a waterdrop.  It isn’t an entirely new concept, though. The Oppo Find N2, which was launched last month, already employs this hinge design. The device only folds flat in one direction (inward) but its hinge does make the crease on the screen less prominent.

Samsung’s current folding phones, meanwhile, employ a U-shaped hinge design that creates a more visible crease. Rumors suggest that the Korean firm will introduce a new type of hinge with its fifth-gen foldables later this year. The Galaxy Z Fold 5 and Galaxy Z Flip 5 will reportedly feature a “dumbbell hinge” that helps solve the crease problem. It’s unclear why Samsung isn’t going with the waterdrop hinge design for its 2023 foldables. Perhaps the dumbbell-type hinge is a better solution. We shall find out in the coming months.

The Flex In & Out foldable may not debut anytime soon

As for the new Flex In & Out foldable, it may not debut as a commercial device anytime soon. Samsung may be pursuing this foldable design for a future release. The company also showcased another multi-direction foldable with the same name during South Korea’s International Meeting for Information Displays (IMID) in August 2021. It folded inward and outward at two separate places, like an “S”. This device isn’t likely to debut anytime soon either.

For the time being, Samsung will probably stick to the same inward folding design for its Fold and Flip series foldables. The goal would be to improve these products, gradually eliminating shortcomings such as the display crease. The Korean firm may not introduce a completely new foldable until there’s a sizable market for it. As things stand, foldable devices only make up 1-2 percent of the global smartphone market. The Galaxy Z Fold 5 and Galaxy Z Flip 5 are expected to debut in August this year. 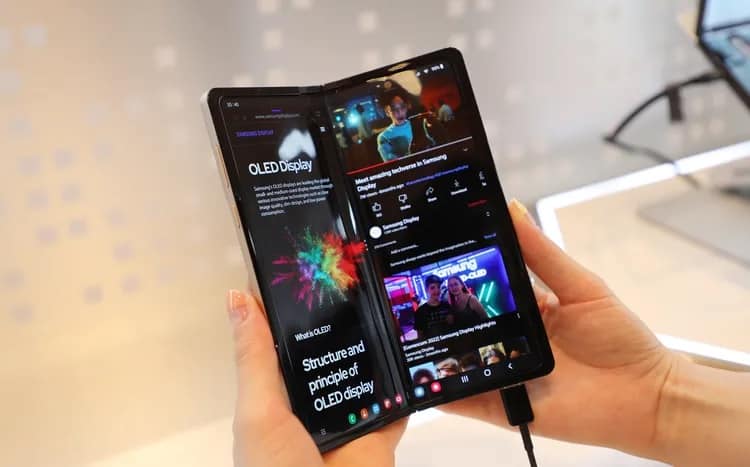 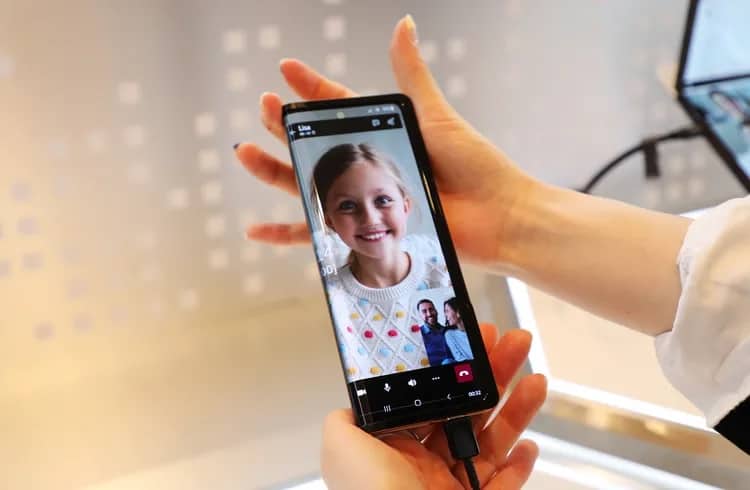 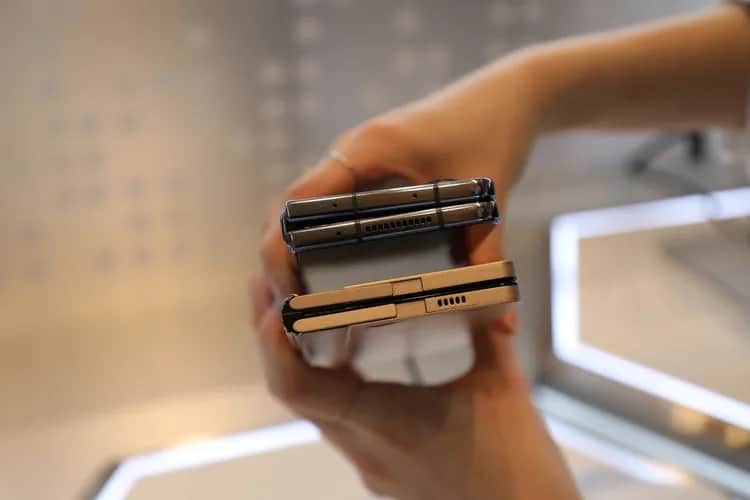 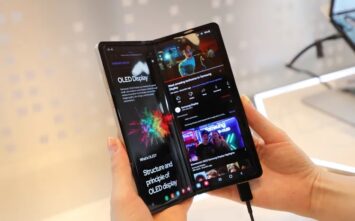 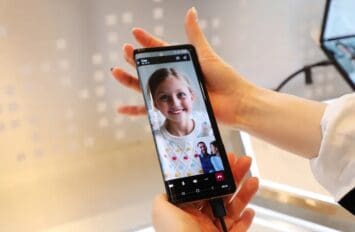 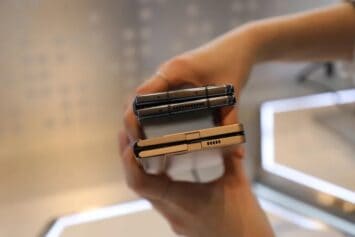