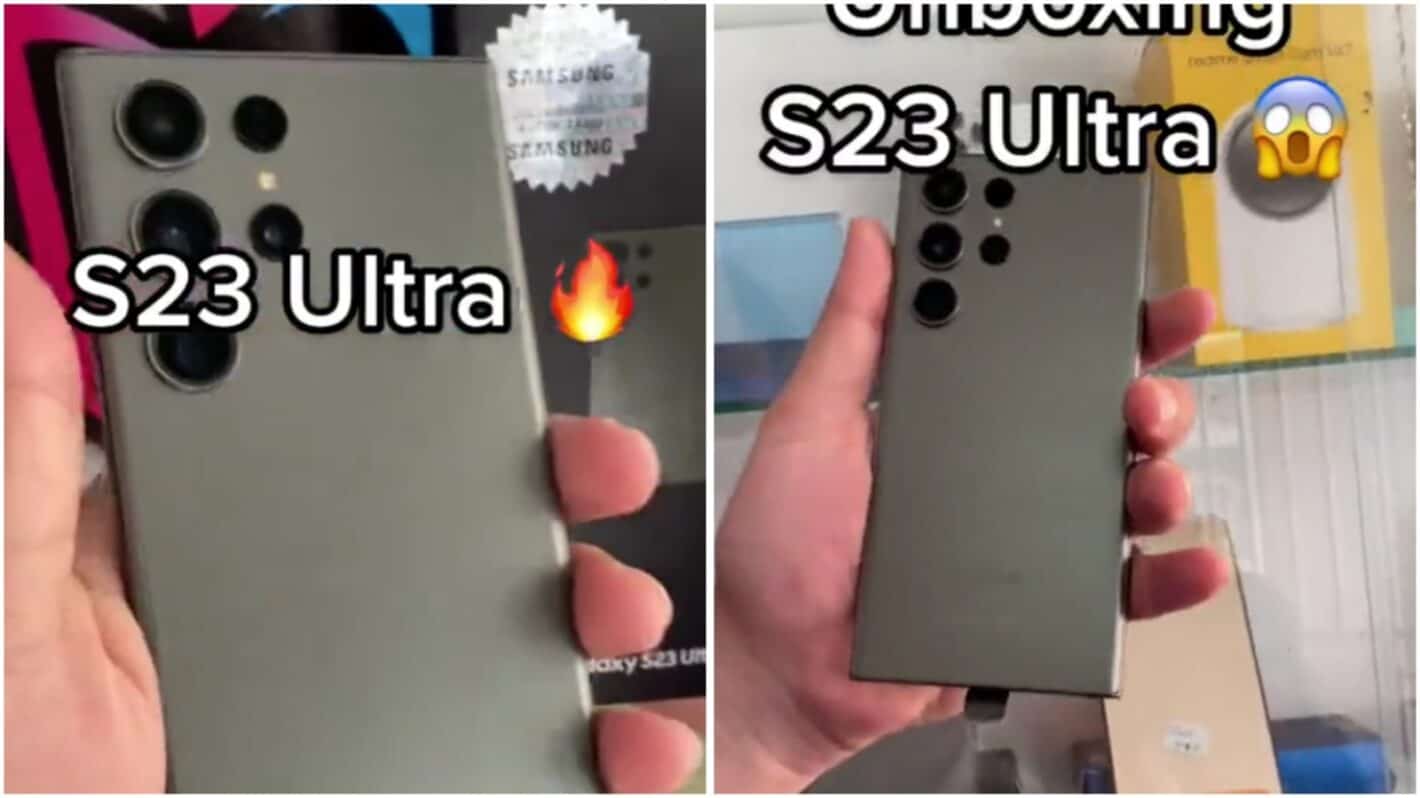 Two separate unboxings surfaced on TikTok, both of which have been reshared via Twitter. If you check out the tweet embedded below, you can see both videos, and the TikTok handles are visible on them.

They are in Green. pic.twitter.com/bwwuYJiKYq

These are very short videos, but they do give us a nice, quick look at the phone itself. The Galaxy S23 Ultra does resemble its predecessor quite a bit, in terms of design. You can clearly see that the top and bottom sides are completely flat, which is the complete opposite of their right and left sides.

This green color is quite dark, and it looks really nice in these videos, truth be said. The phone is also expected to launch in Phantom Black and Misty Lilac colors, plus some exclusive Samsung Store colors.

The Snapdragon 8 Gen 2 will fuel the phone, while a 200MP camera will sit on the back

The Snapdragon 8 Gen 2 will fuel the Galaxy S23 Ultra, while the phone will also debut Samsung’s third-gen 200-megapixel ISOCELL camera, the HP2. That will be its main camera.

The Galaxy S23 Ultra will debut on February 1, alongside its siblings, the Galaxy S23 and S23+. If you’d like to know more about the devices, click here.