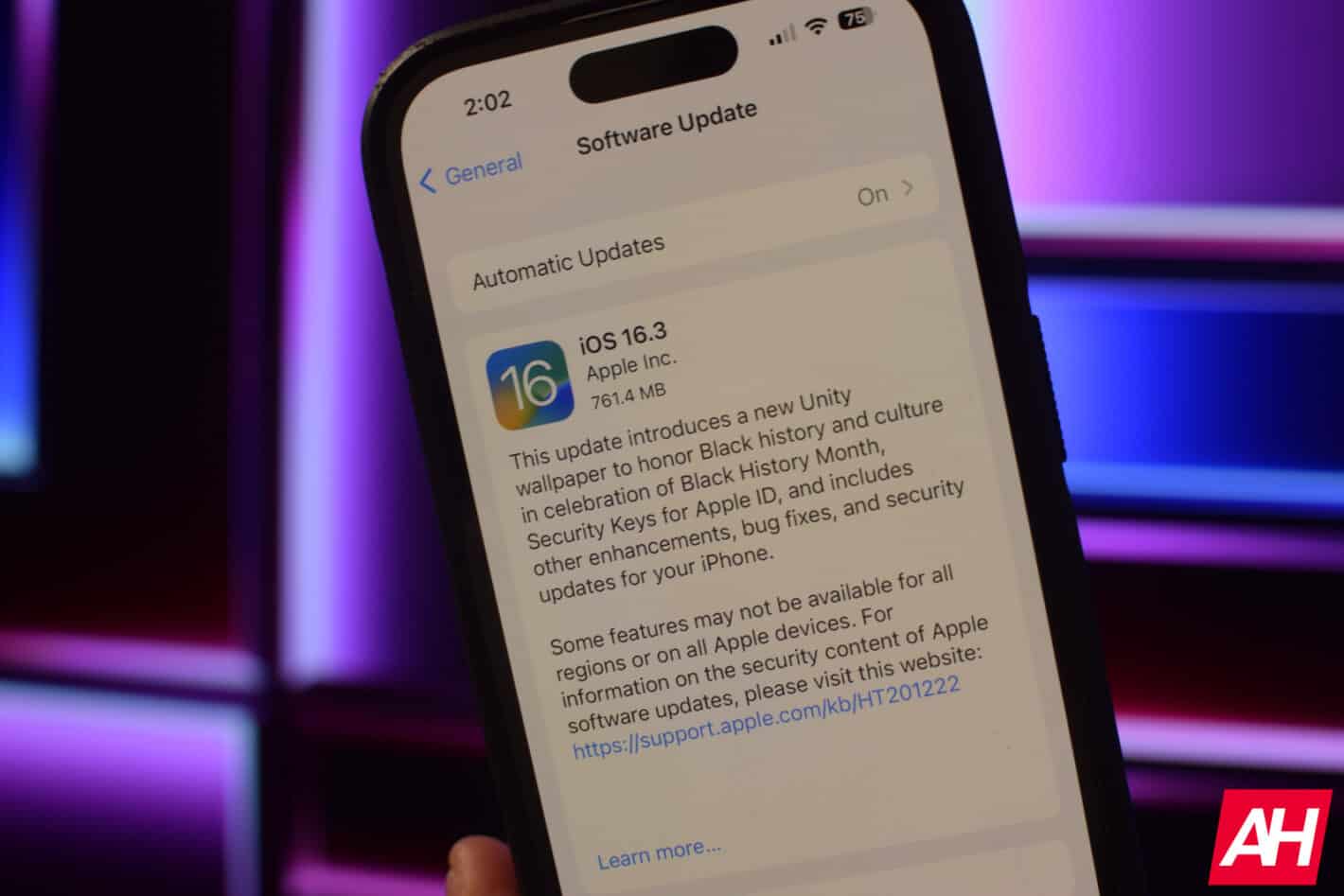 Today, Apple released iOS 16.3. This is the third point update for iOS 16, since that was released in September. So Apple is chugging right along, on the way to iOS 17, which should be announced in June at WWDC and pushed out to everyone in September with the new iPhones.

iOS 16.3 isn’t the only thing that Apple released today. It also released:

There’s also an update for the HomePods. Particularly the HomePod Mini to turn on that temperature and humidity sensor.

This is a pretty minor update, compared to iOS 16.1 and iOS 16.2. But it does bring a ton of bug fixes. Apple is also adding support for the new HomePod that was announced last week, along with the new Unity wallpaper for Black History month, also announced last week.

Apple is also bringing in Security Keys for Apple ID. This will allow users to strengthen their security of their account. As it will allow you to use a physical security key as part of the two factor authentication process.

Now, Emergency SOS will require holding the side button with the up or down volume button and then releasing it in order to prevent any inadvertent emergency calls.

It fixed quite a few bugs on the iPhone. Including the horizonal lines issues, an issue with the wallpaper appearing black on the lockscreen and many more.

This is a pretty small update, but still worth installing on your iPhone. Every iPhone that has iOS 16 will get this update. And it should be rolling out right about now. On my iPhone 14 Pro, it came in at about 761.4MB. So it should be around that area for other iPhones too, depending on what features and/or bug fixes are needed for your model. Just head into Settings. Tap on General, then tap on Software Update to pull down the update.