Skip to content
Advertisement
Trusted By Millions
Independent, Expert Android News You Can Trust, Since 2010
Publishing More Android Than Anyone Else
8
Today
91
This Week
8
This Month
917
This Year
127027
All Time
Advertisement 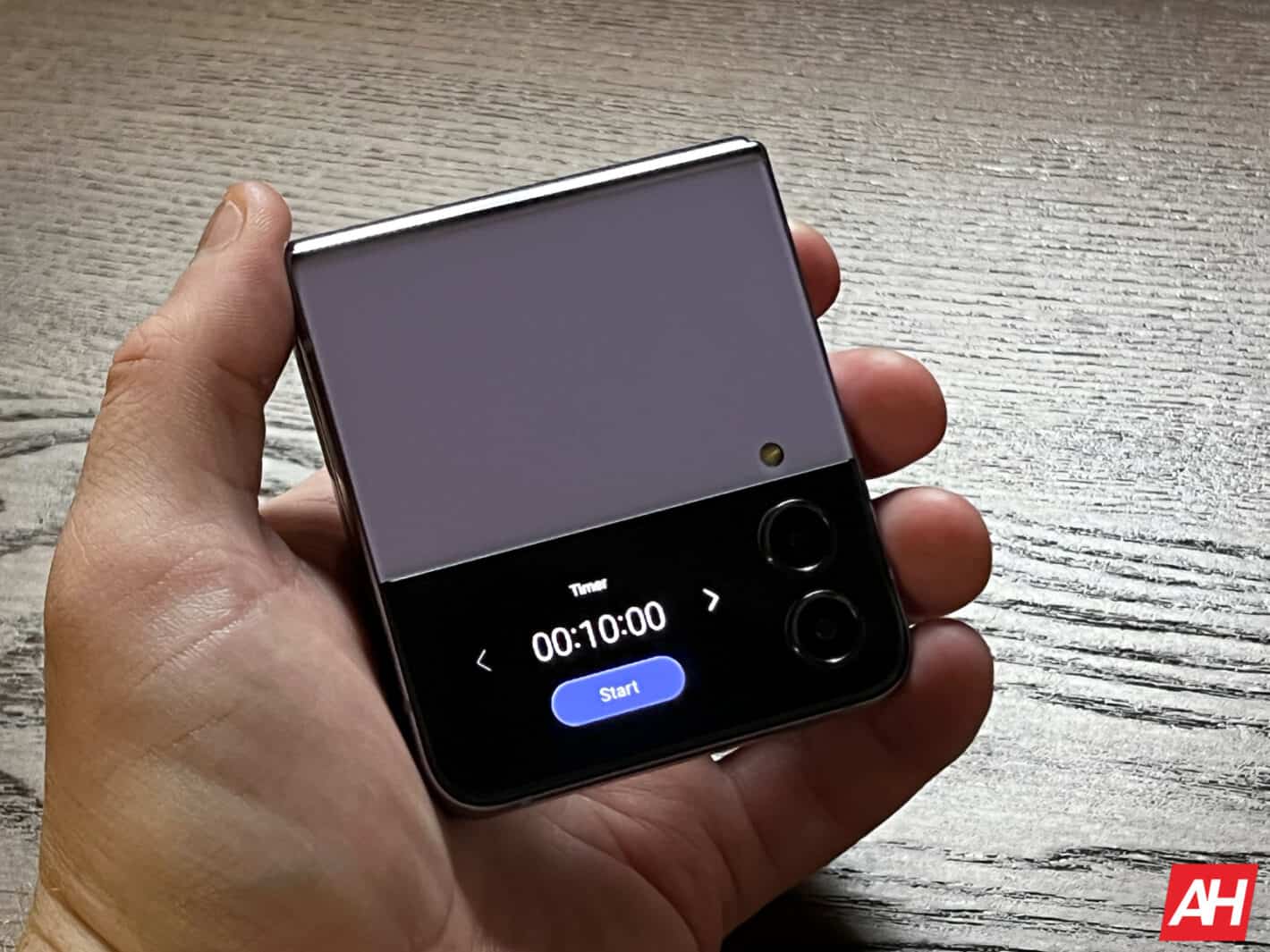 The Galaxy Z Flip 5 may address two of the biggest limitations of Samsung‘s otherwise excellent clamshell foldables. The 2023 model will reportedly feature a much larger external display and a new hinge technology to reduce the internal display crease. Ross Young, a display industry expert and the CEO of Display Supply Chain Consultants, recently shared this information.

The Galaxy Z Flip 5 may feature a larger external display

According to Ross, the external screen on the Galaxy Z Flip 5 could be bigger than 3 inches diagonally. Samsung may be planning to cover much of the upper half of the phone’s back with a display. That would be a huge upgrade. The 1.9-inch panel on the outside of the Galaxy Z Flip 4 is a little too small. It is pretty much limited to checking notifications and taking selfies. Samsung also offers a few more tricks for the tiny screen, but you’d unfold the device for most tasks. You can’t run full apps on the external display unless you use this third-party launcher.

An external screen larger than 3 inches on the Galaxy Z Flip 5 will open up a lot of possibilities. It may still not run all apps, but we could get official support for several more apps. It’ll elevate your general user experience too. Taking selfies with the rear camera would feel less taxing as a larger screen means a bigger picture on the viewfinder. There are many advantages of a bigger external display on Samsung’s clamshell foldables with little to no disadvantages unless the company sacrifices some battery capacity for it. Well, many fans might be okay with that too.

That said, it’s still too early for Galaxy Z Flip 5 rumors. So, we advise you to take this information with a pinch of salt. The same source said something similar about the Galaxy Z Flip 4’s external display size just a few months before its launch and still got it wrong. There’s a lot more time for Samsung to make changes to the 2023 model even if it’s considered equipping the device with a larger external display.

The latest rumor about the Galaxy Z Flip 5 also talks about a new hinge design. A hinge is a complex machine with several moving parts that enable the folding and unfolding of the device. Samsung has been continuously improving its hinge mechanism since the launch of the first-ever Galaxy Fold in 2019.

It would be surprising if the fifth-gen models get further hinge improvements. And, if that helps reduce the crease along the fold line on the internal display, that’s an additional benefit for customers.

But as said before, these are very early rumors and should be taken with caution. Samsung’s immediate focus should be the Galaxy S23 series, which reportedly launches in early February.

The Galaxy Z Flip 5 and Galaxy Z Fold 5 will only take precedence after that. Rest assured, we will keep you posted with all the latest information about the next-gen Samsung foldables.