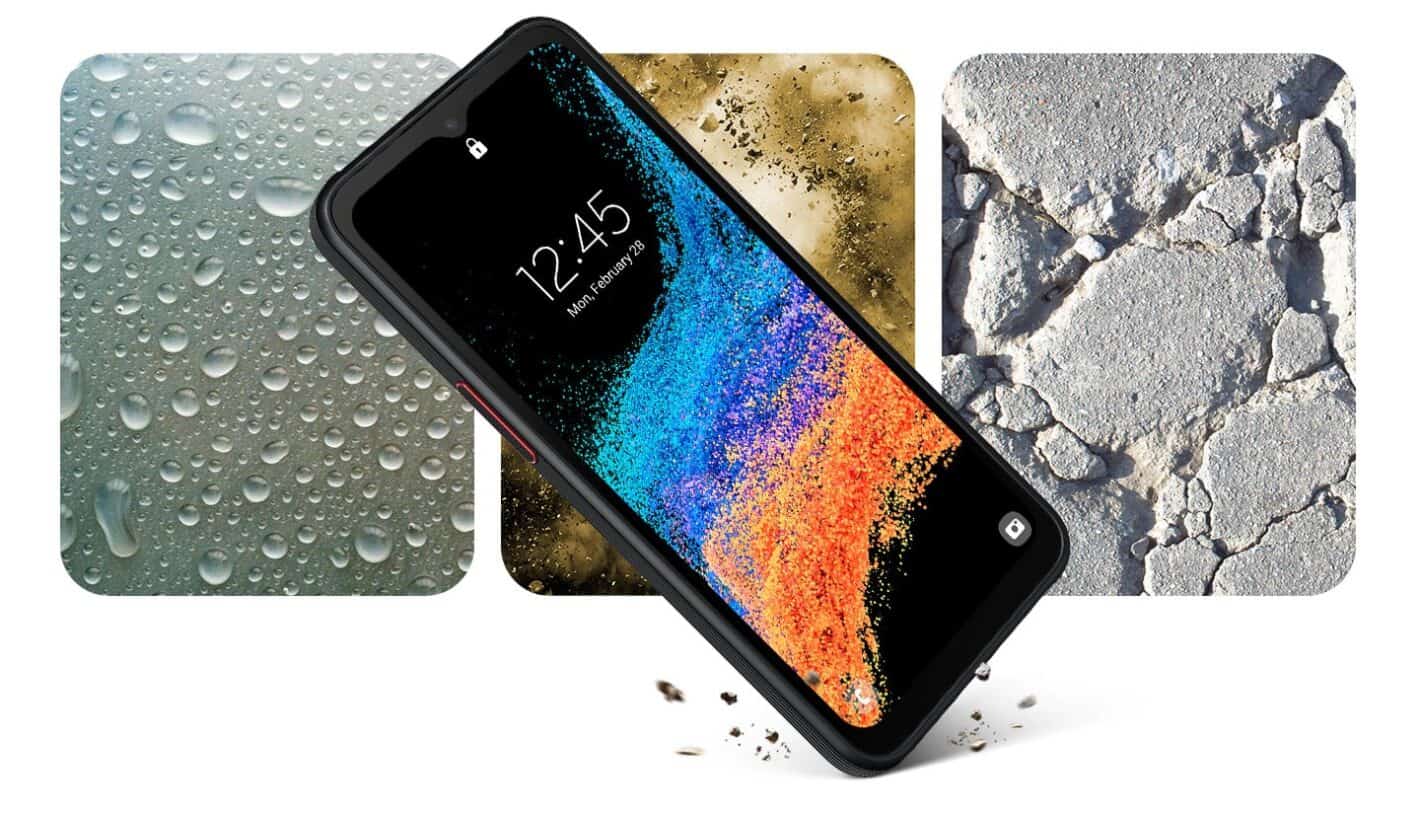 The Samsung Galaxy Xcover 6 Pro is available from AT&T in the US. The carrier joins Verizon in selling the latest rugged Galaxy smartphone stateside. The latter added the handset to its lineup in October. But unlike Verizon, AT&T is limiting its sales to business customers only, at least for the time being (via). It may open sales to general consumers in the future.

Samsung launched the Galaxy Xcover 6 Pro in June. It is the newest member of the company’s Xcover series of rugged smartphones. The handset boasts a MIL-STD-810H-certified body that can survive extreme weather and environments. Along with the regular IP68 rating for dust and water resistance, it features a sturdy frame with ridged edges and a rubber number around the display for a stronger grip and better shock absorption. Its Touch Sensitivity feature lets you effortlessly operate on the screen with gloves or in rain.

A removable battery, two configurable physical keys, and POGO pin charging (in addition to USB Type-C) are also indicative of the Galaxy Xcover 6 Pro’s rugged nature. But within the package sits a pretty solid mid-range smartphone. You get a  6.6-inch LCD screen with Full HD+ resolution and 120Hz refresh rate. The Snapdragon 778G chipset powers the phone with Samsung offering 6GB of RAM and 128GB of internal storage. There’s a 50MP primary camera and an 8MP ultrawide lens at the back, while a 13MP camera sits at the front. This phone debuted with Android 12 out of the box but has already received Android 13.

AT&T is the first US carrier to offer One Touch service with the Galaxy Xcover 6 Pro. The service is akin to push-to-talk and enables fast communication at the press of a button. But it comes quite pricey at $549.99 per year. You can get it for $169 if you sign up for a two-year contract, though. Of course, this is a separate purchase from the phone, which we will discuss below.

Price and availability on AT&T

The Galaxy Xcover 6 Pro comes in a single Black color option. It is available to buy from AT&T immediately if you’re a business customer. Priced at $599.99, you can pay for the handset in 36 monthly installments of $16.67 each. The carrier also has various other promotions and offers if you switch or add a new line. There are some trade-in benefits as well. If you’re interested in buying this rugged Samsung smartphone from AT&T, you can check it out on the carrier’s official website here.