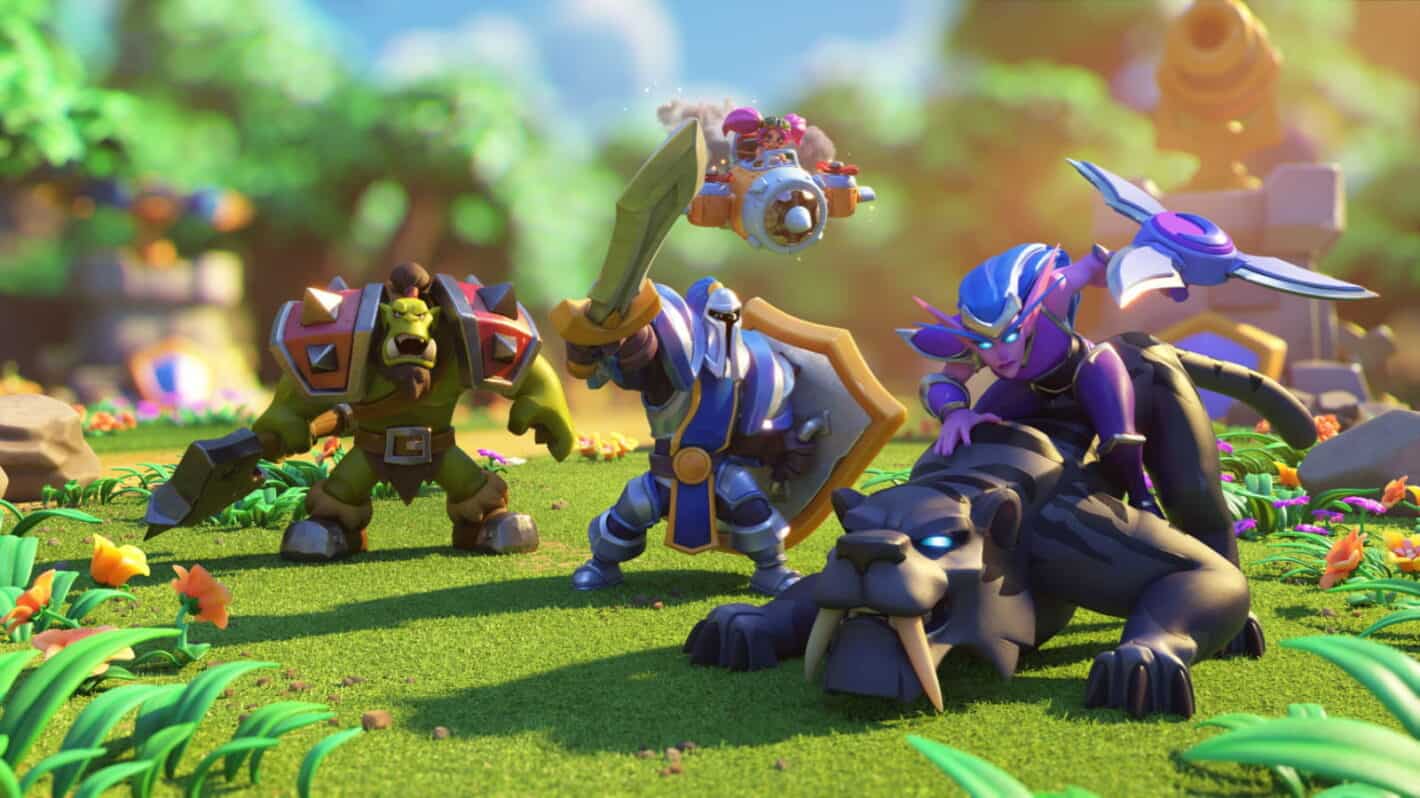 Warcraft Arclight Rumble has PvP now, just in case you have access to the closed beta and wanted to give it a try. Earlier this morning Blizzard put out a blog post that details PvP being added to the game as part of its o.9.4 patch. Keep in mind that this game is still in closed beta. So that means you need to have been invited to play. Just like the first closed beta that went live earlier this year.

If you fit into that category, you can rumble against other players from today. Though you will need to make sure and update your game first. As for what’s new, here’s a quick breakdown of key changes. Warcraft Arclight Rumble is getting seasons. Yes, seasons. This is pretty common in many games these. Especially games that are free-to-play. Blizzard says the main focus here is to “shake up the meta” while also adding in new maps, towers and modifiers.

The game also now incorporates leaderboards and an advanced PvP matching system. lastly, there’s been some updated mechanics and some of the fan-favorite PvP battlegrounds from World Of Warcraft will be the staging area for PvP battles in Warcraft Arclight Rumble.

Everyone knows that the battleground in PvP can make a big difference. There’s likely to be some of that here, but the battlegrounds that have been chosen also provide a little bit of fanservice. That’s because they’re all popular battlegrounds from the PvP in World Of Warcraft.

Blizzard’s long-running MMO for PC. The battlegrounds included Alterac Valley, Arathi Basin, Gadgetzan, and Hillsbrad Foothills. There will also be three tower types in PvP matches to look out for. The dragon towers which spit out fire in a cone area of effect, the guard towers which are single target, and then the rocket towers which fires rockets for long-range area of effect attacks.

New PvP modifiers are being added too. There are five in total, though one of them really isn’t a modifier at all. ‘Clean Fight’ is exactly that. A modifier that doesn’t apply a modifier. For the remaining four, there’s First Strike, Fortifications, Gold Rush, and Hero’s Resolve. Blizzard has set up a schedule for timely availability of each battleground during this first PvP season. Where players will also get their first look at the new leader Old Murk-Eye.

You can find out all the details of this latest patch in Blizzard’s blog post.