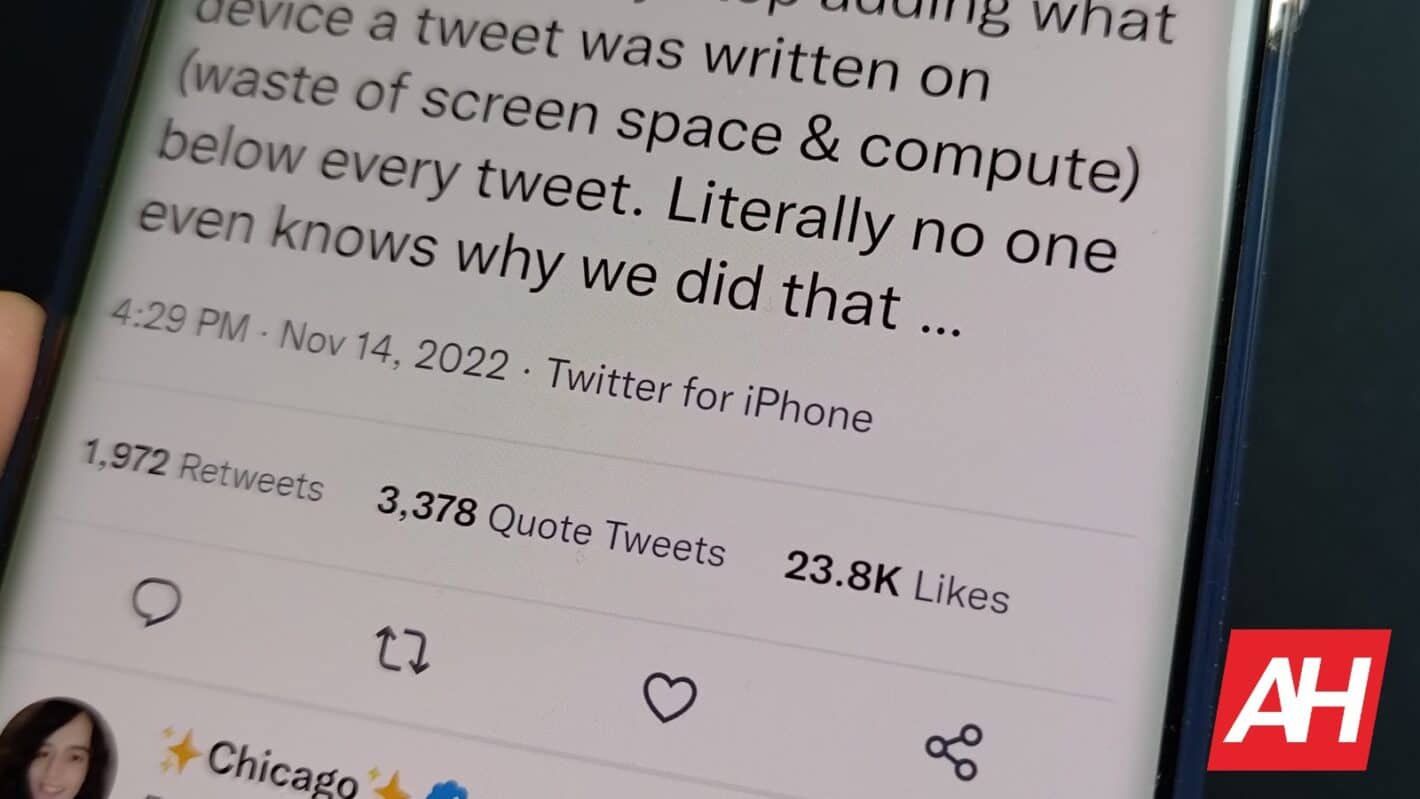 Elon Musk has announced a new change for Twitter. The company’s new owner said that ‘Twitter for Android’ and ‘Twitter for iPhone’ labels are going away (including the Twitter for Web label as well, of course). He doesn’t see a point in keeping them around.

He said, via Twitter: “we will finally stop adding what device a tweet was written on below every tweet”. Elon Musk claims this is a “waste of screen space & compute”, it basically makes no sense to him.

Some people would probably agree with that. Still, those labels did provide some fun content from time to time. Promoting an Android phone while tweeting from an iPhone, and vice versa, is what I mean. We’ve seen quite a few such examples over the years.

Once this change goes into motion, we’ll never know what device the tweet got shared from. That may be for the best, though, as people should feel free to tweet from whatever phone they want and not get teased about it, regardless of the situation.

Elon Musk did not say when exactly will this change go into motion. Considering how fast he started making changes, though, we’re expecting it to be implemented soon.

We’re not sure if Twitter plans to remove those labels for tweets that are already published, or just for future tweets. It remains to be seen. Needless to say, however, there are piles and piles of tweets with those labels out there, as Twitter implemented them a long time ago.

As many of you already know, Elon Musk took over Twitter a couple of weeks ago. The $44 billion deal went through, even though Elon Musk tried to get out of it.

Since he took over, he fired the company’s top executives, plenty of the company’s employees, and already implemented quite a few changes. Many more changes have been announced, and he also said we’ll see a lot of experimentation in the future. That way he can see what works and what doesn’t.