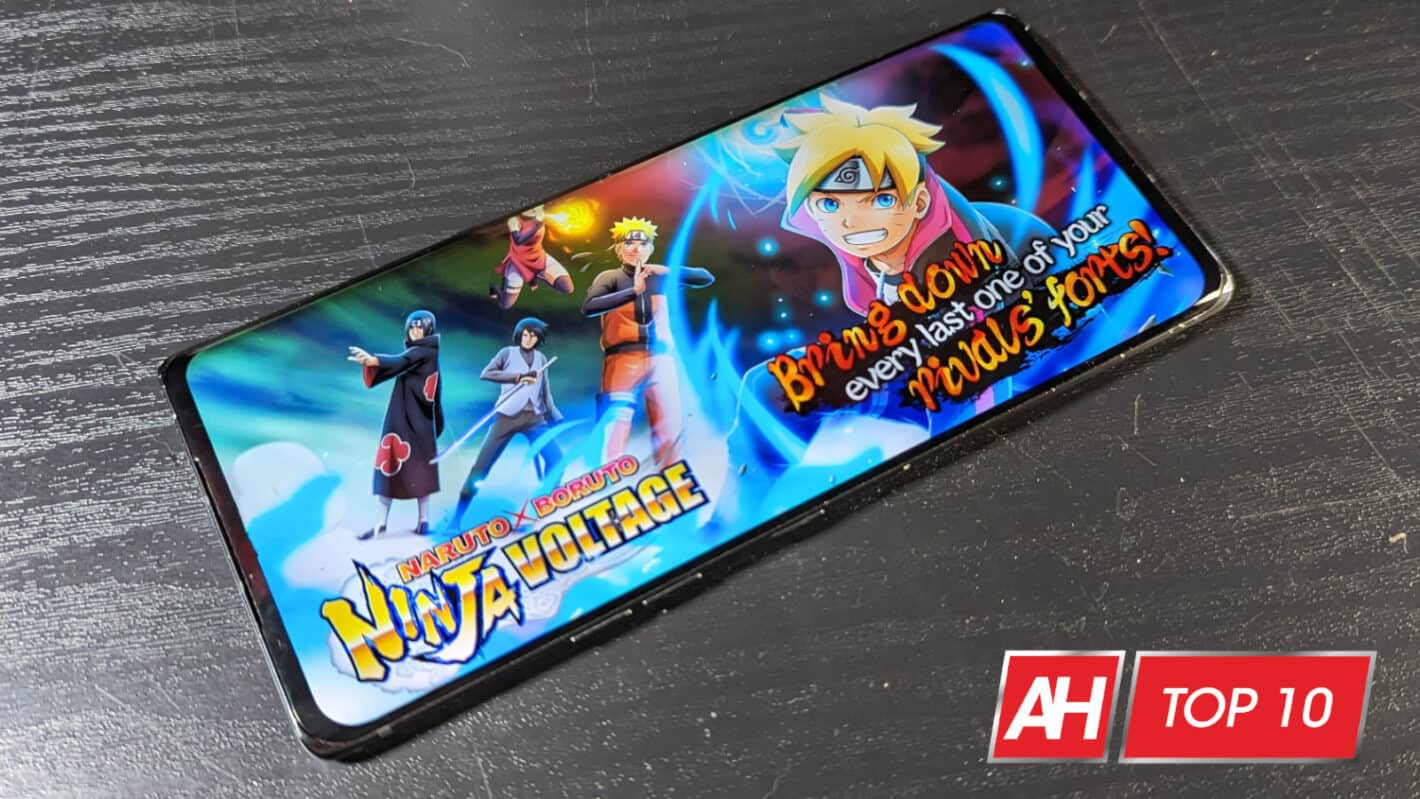 Anime dominates several forms of media like TV shows, comic books, and, unfortunately, movies (we’re all still reeling from DragonBall Evolution). It also dominates the gaming world with all sorts of games based on anime characters across multiple platforms. There’s a healthy number of Anime Android games, and here’s a list of the top 10.

This is a list of games that star some of your favorite anime characters from popular shows. We’re only going to talk about games based on existing franchises rather than games that are anime-inspired; sorry, Genshin Impact. Without further ado, let’s see which apps will get your chakra flowing.

Below is a quick rundown of the games that are on this list. It shows the download cost of the game and any in-app purchases.

Fans of Bleach will love this game as it’s packed to the brim with action. This game focuses on fighting through hordes of hollows using an arsenal of notable Bleach characters. Speaking of the characters, you can add up to six characters to your team.

You use the buttons on the right side of the screen to attack the enemies. You have your choice of regular attacks and powered attacks to inflict more damage. Also, there’s an option for auto-attacking if you need to step away.

My Hero Academia: The Strongest Hero

My Hero Academia: The Strongest Hero is a story-based action game that’s based on the popular anime, and it’s really heavy on the story. This is a game for people who want a full gaming experience.

What’s neat about this game is that it’s an open-world game. You can explore the environment and talk to people as you make your way to your missions. Those missions mostly revolve around going to locations and fighting a set number of enemies.

You attack with the buttons on the right side of the screen. You have your basic attacks, but there are also powered attacks that will do more damage. They just have a cooldown.

Anime: The Multiverse War is a mash-up of a ton of popular anime franchises like OnePunch Man, DragonBall Z, Naruto, JoJo’s Bizarre Adventure, and more. It’s a 2D fighter that pits characters from these franchises with and against each other.

The control scheme for this game is pretty straightforward. You have a virtual D-pad on the left side of the screen, and the main action buttons are on the right. They’re your basic A, B, X, and Y buttons. You’ll use these to attack and perform different tasks.

What’s neat about this game is the developed story that you’ll play. It justifies all of the characters in the same universe.

NARUTO X BORUTO NINJA VOLTAGE takes your favorite characters from both Naruto and Boruto and lets you use them in battle. You’ll run through expansive stages and fight through hordes of ninja enemies en route to the end.

The combat is typical for most mobile beat’em ups. You use the joystick on the left of the screen to move, and the buttons on the right to attack. You have your basic attack button, but you can also the accompanying powered attacks to deal more damage.

My Hero Academia fans will love this turn-based RPG about the popular series. As you can imagine, you can use the cast of characters from the show and fight your way through different enemies. You’ll collect these characters as you progress.

This game uses its own aesthetic with stylized character models. They’re more cartoonish than the characters on the show, but they still retain their original charm. It makes for an overall good-looking game.

Seven Deadly Sins is an RPG developed by Netmarble, and it follows the main characters of the show. It uses classic turn-based combat, and you attack with a team of at least three people.

You’ll progress through a cinematic storyline with fully-voiced cutscenes. Also, the visuals are amazing with very well-modeled and expressive characters. It’s a great game to play if you want to feel like you’re watching the actual anime.

This battle royale game has been out for a while, and it still has an active player base. Pokemon UNITE lets you play as your favorite pocket monsters as they race to score goals in a giant arena.

As you play, you’ll wrack up on points. You can gain these points by defeating other pokemon. Then, you’ll need to go to the other team’s side and deposit those points into their goals. Along the way, your Pokemon will gain more power and unlock their powers.

As you play, you’ll unlock and collect items that will offer different benefits like more speed, more strength, and so on. These items could mean the difference between victory and failure.

Pokemon Go is six years old at this point, but it’s still one of the most popular mobile games on the market. If you’re not familiar with the game, it’s an AR (augmented reality) game that lets you go out into the world and catch Pokemon.

One Punch Man – The Strongest

One Punch Man – The Strongest is a turn-based RPG with the characters from the popular anime. You travel from location to location fighting your way through the enemies and upgrading your characters.

In case you’re wondering, you can’t really play as the titular character. However, he did pop up from time to time. True to his name, he defeats all enemies with only one punch.

This game takes the popular spin top battle game and adds its own spin. It follows characters from the popular anime, and it lets you battle them in Beyblade arenas.

The gameplay is a bit different from what most people would expect. Instead of swiping to launch the tops, this is actually a match-3 game. Animations of the tops will play in the background and your game board will sit in the foreground.

You’ll want to match as many of the tiles as you can before the timer runs out. Different tiles have different effects when they’re matched. Some will increase the attack while others increase stamina. And, we can’t forget about tiles that deliver special attacks.