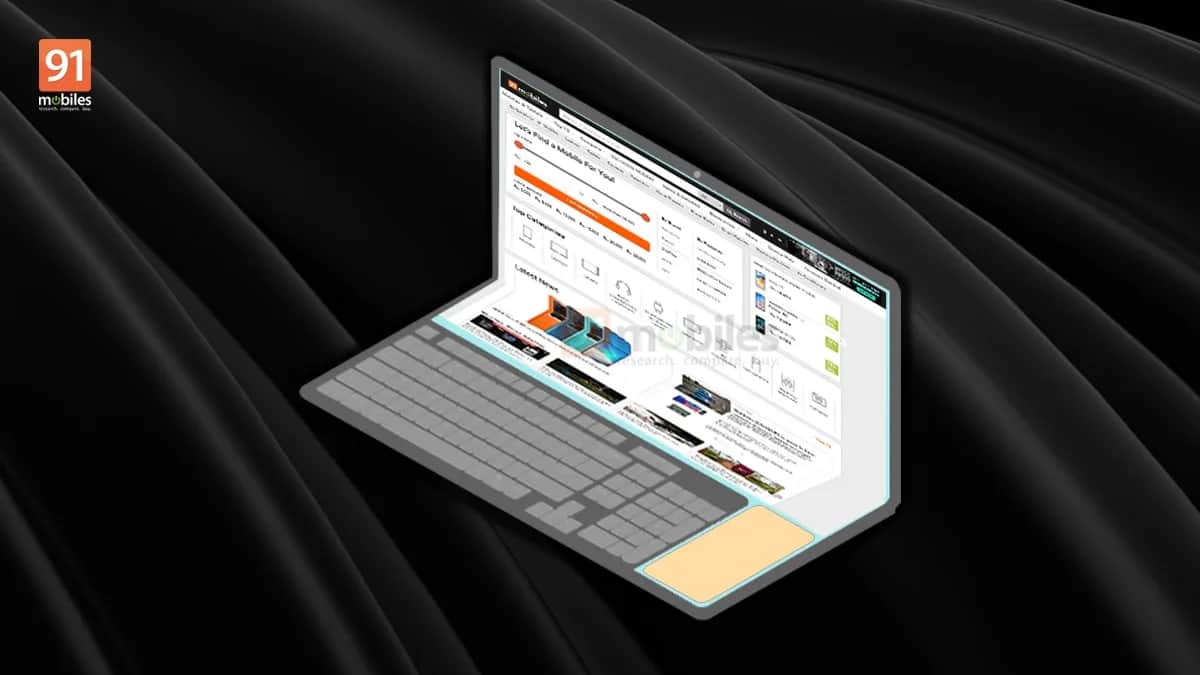 We may not be too far away from a foldable laptop coming out through Samsung‘s doors. The Korean behemoth has been exploring such a product for some time now, showcasing concept devices at various display industry events. The company has also patented numerous designs for these futuristic laptops over the past few years. Earlier this week, Samsung received approval for another foldable laptop design patent.

The schematics present in the patent documentation show a device with a large foldable display. It can be folded from the middle to use as a laptop. The upper half of the display will show the content, with a part of it extending to the lower half as well. The lower portion of the screen can probably be used as a secondary display for a different purpose or in continuation with the main display depending on your need. For example, when watching a YouTube video on the main screen, the controls will sit in the lower half, giving an immersive viewing experience. But when browsing the internet, the content will cover the whole display.

As you can see in the images below (and the featured image above) the lower half of the folded device will feature a keyboard with the portion of the screen next to it serving as a virtual trackpad (via). The keyboard appears to be a physical unit in the images, but Samsung would likely opt for a virtual solution. This would give users a full-screen device when the keyboard is not in use, or when using the device unfolded. It can serve as a tablet or a mini TV for content consumption. A virtual keyboard over a physical one would enable a lot more use cases for this foldable laptop from Samsung.

Samsung could launch a foldable laptop in 2023

This patent application doesn’t tell much else about the product. Samsung is just protecting a foldable laptop design that it may develop into a real thing in the future. But that future shouldn’t be too far away now. Industry experts say 2023 will be the year of foldable devices. Several OEMs are planning to launch foldable smartphones, notebooks, and laptops next year. And those include Samsung as well.

According to rumors, Samsung’s first foldable laptop could feature a 17-inch display. The product itself could be called the Galaxy Book Fold 17. The Korean firm originally planned to launch the laptop this year but delayed it until 2023 to ensure a properly optimized software experience. That said, we still don’t have an ETA for the product. But if Samsung is actively working on it, the rumor mill may soon start churning out information about it. We will keep you posted accordingly. 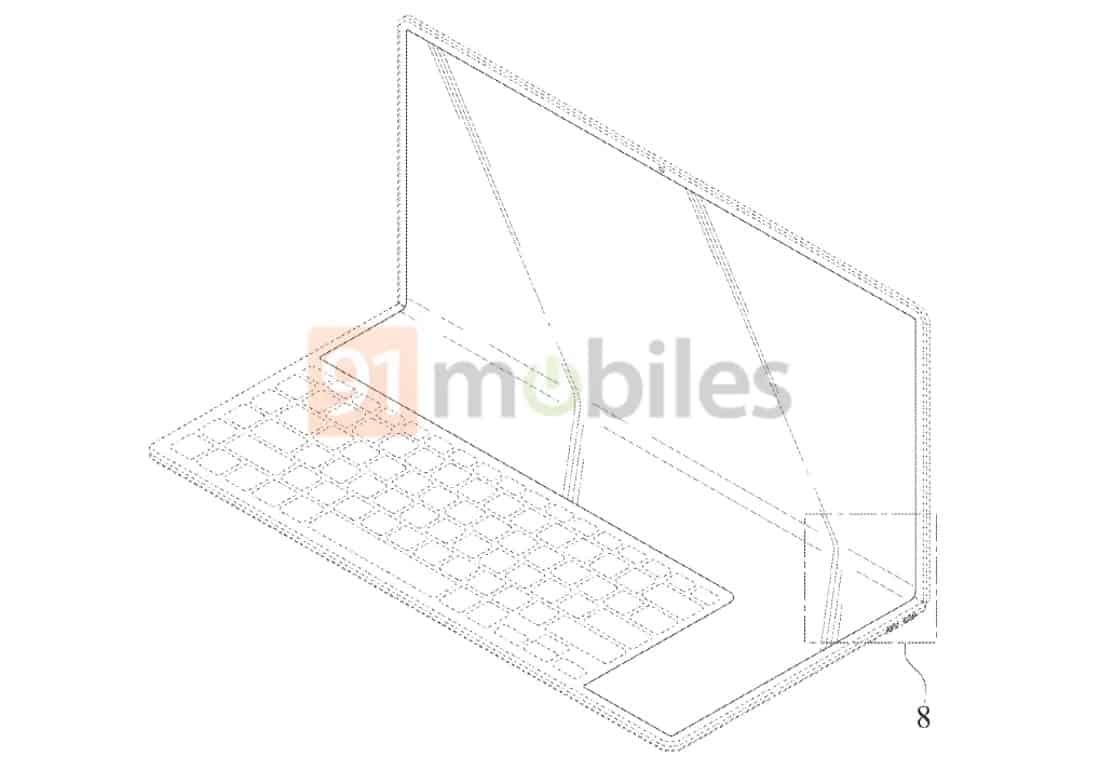 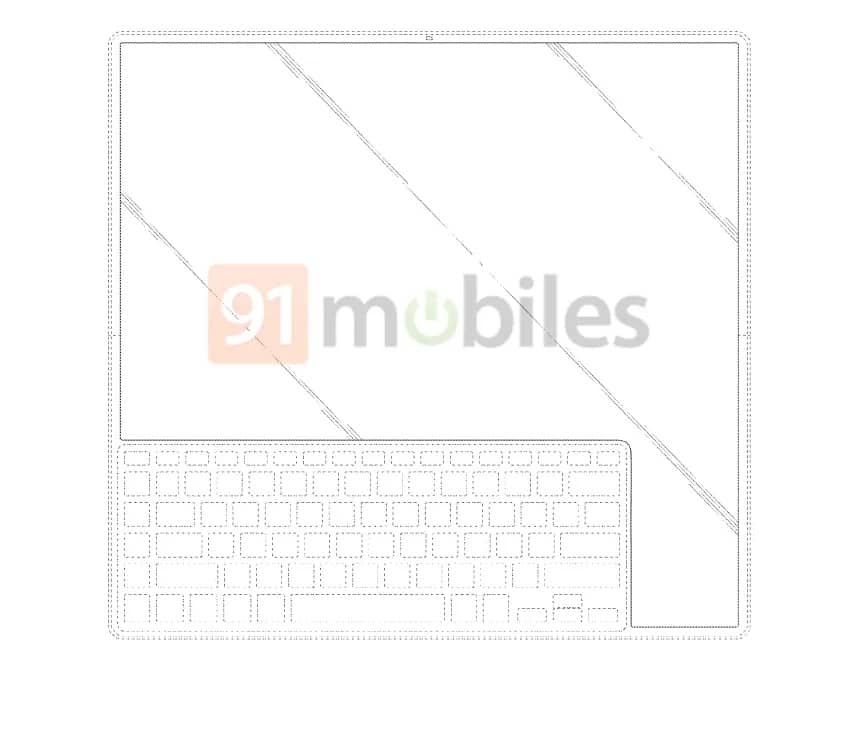 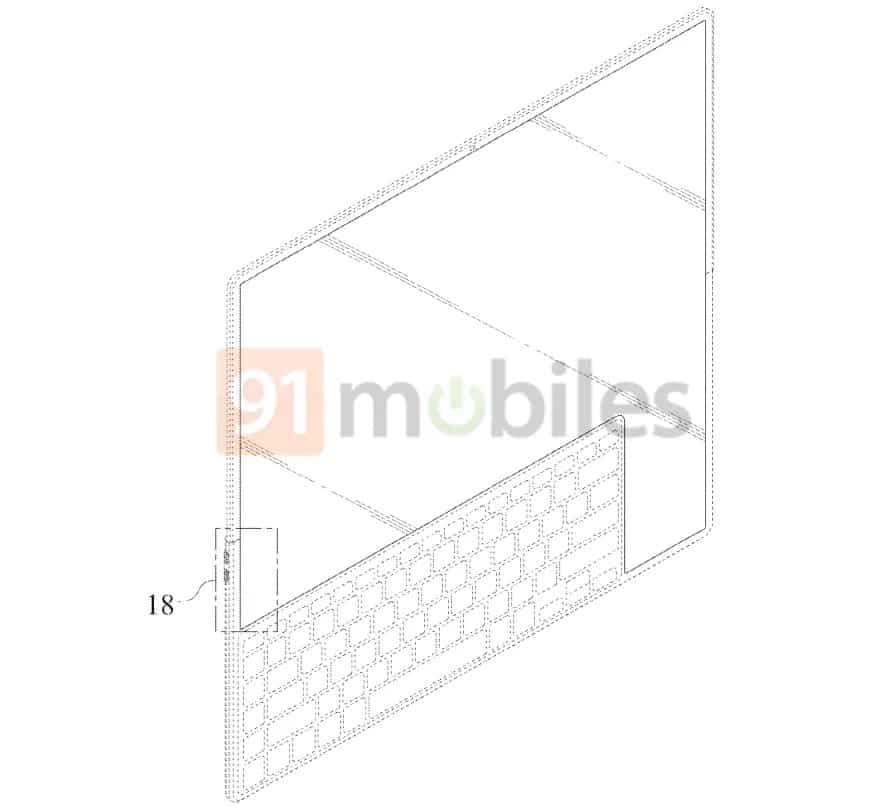 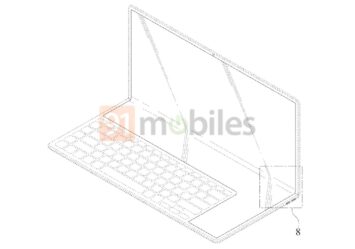 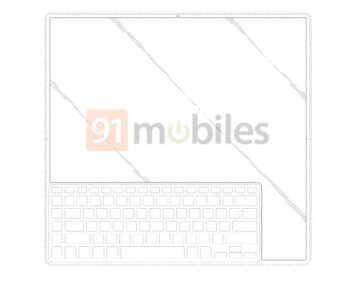 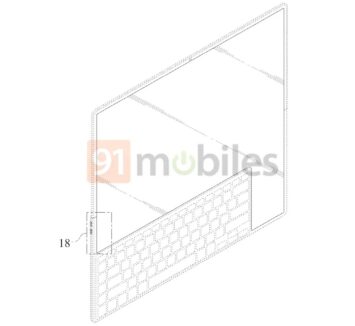