A recent update to the Geekbench benchmark platform shows off the Samsung Galaxy M54’s internal specifications. This reveal shows that Samsung is almost ready to start unveiling its next-generation mid-range smartphones. The Galaxy M54 will succeed the Galaxy M53 that became official back in the month of April.

Information accessible from the Geekbench record of this coming device only touches a few areas of the device. Also, the records give a glimpse into the performance ability of the coming Galaxy M-series smartphone. Its processor, memory capacity, operating system, and benchmark score are made available by this update.

With this processor, the Samsung Galaxy M54 was able to secure a single-core score of 750 on the Geekbench 5 platform. For its multi-core score, the device showcases a score of 2696 which is okay for a mid-range device. Once available, this device will undergo more testing and might reveal a different score or maintain the score currently available on Geekbench.

The software on this coming device is Android 13, and it will get some customizations from the OneUI 5 software. It will also offer OS and security updates for up to two or three years. Other information and detailed specs of this device remain unknown as its launch is still a few months away.

Details on its battery capacity, camera abilities, design, and screen specifications are still unknown. Possibly, coming leaks on this device will bring more information on these to the public. Until then, the Android community will make do with the information available while awaiting Samsung’s next-generation smartphone launch events. 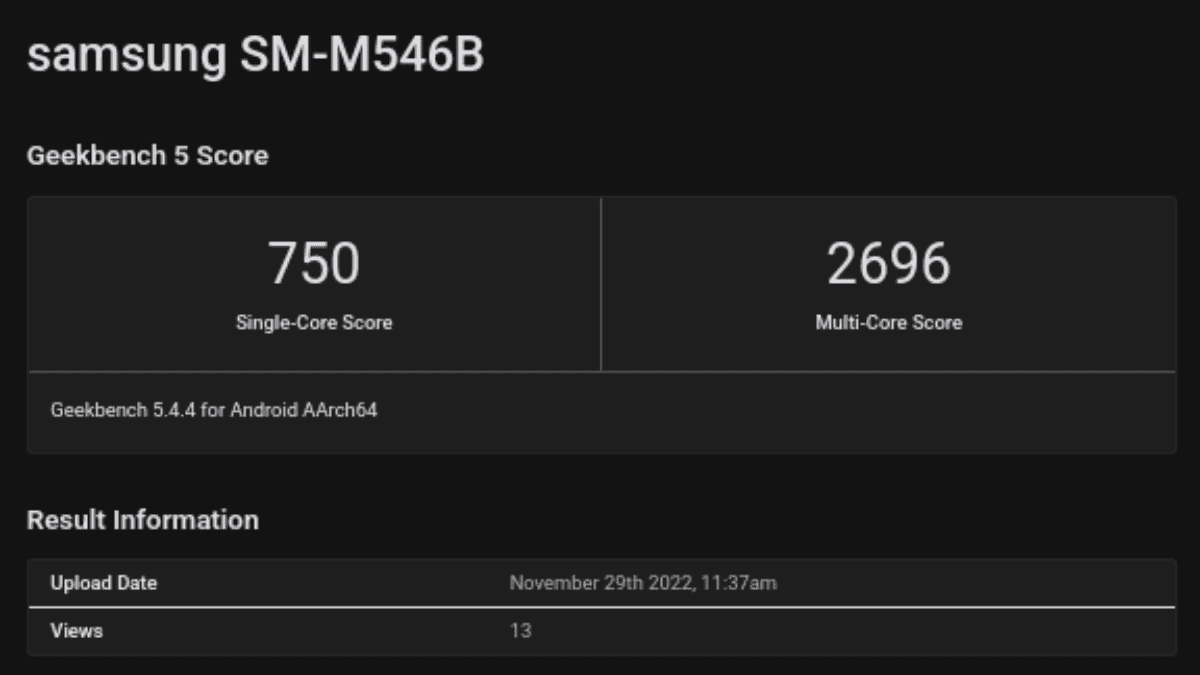