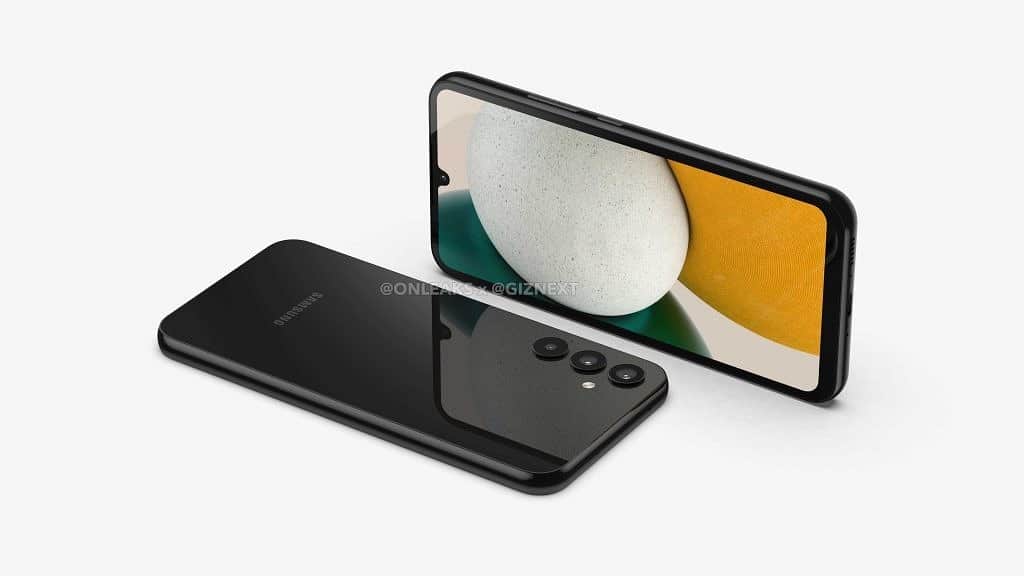 Samsung is preparing to launch multiple new Galaxy A series budget and mid-range smartphones in the coming months, including the Galaxy A54, Galaxy A14, and Galaxy A34. Reputed leakster Steve H. McFly, aka @OnLeaks, has given us our first look at the former two over the past few weeks. Today, he is back with an identical set of high-resolution renders and a 360-degree video depicting the latter.

The Galaxy A34 will continue a broader design trend that Samsung’s smartphones have been following of late. The frame and the rear camera array will remind you of the Galaxy S22 flagship but the handset loudly screams a mid-range smartphone from the front. The same can be said about the Galaxy A14 as well. Perhaps other low-cost models in the company’s 2023 Galaxy A lineup too.

The flat screen has rather wide bezels around it, particularly the chin. There’s a U-shaped notch up top, which you don’t see on pricier devices. Samsung has switched to a punch-hole camera on those, including the Galaxy A54. But on the back, you get a vertically aligned triple-camera array where each sensor protrudes out of the back panel individually. The Korean company is doing away with the camera island on its smartphones.

As usual, Samsung is keeping the volume and power buttons on the right side. The latter doesn’t appear to be recessed, which confirms that the Galaxy A34 will get an under-display fingerprint scanner. The bottom edge houses the USB Type-C port, a microphone hole, a speaker grille, and the SIM tray. A second microphone hole sits at the top, while the left edge is free of any hole or port. 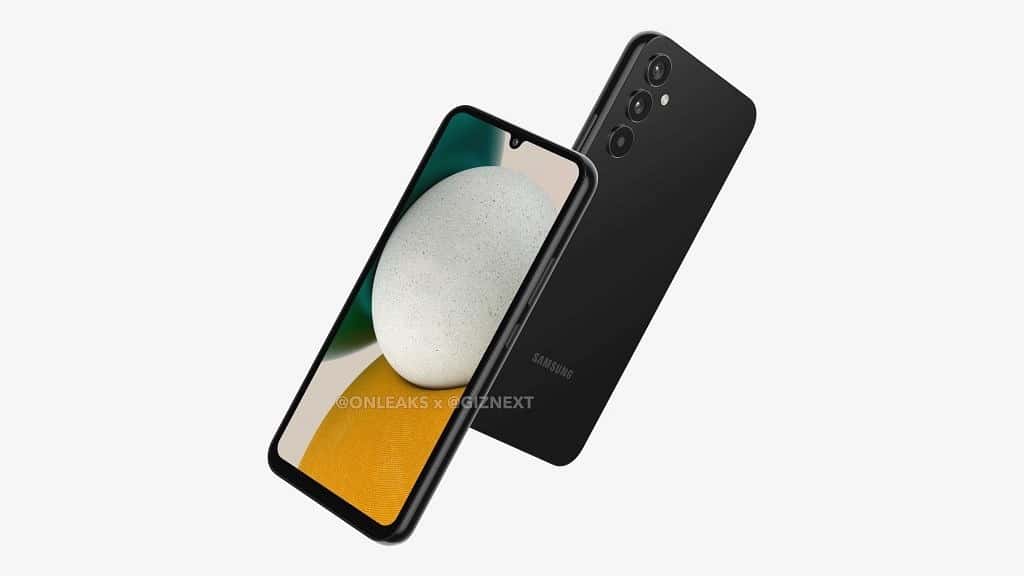 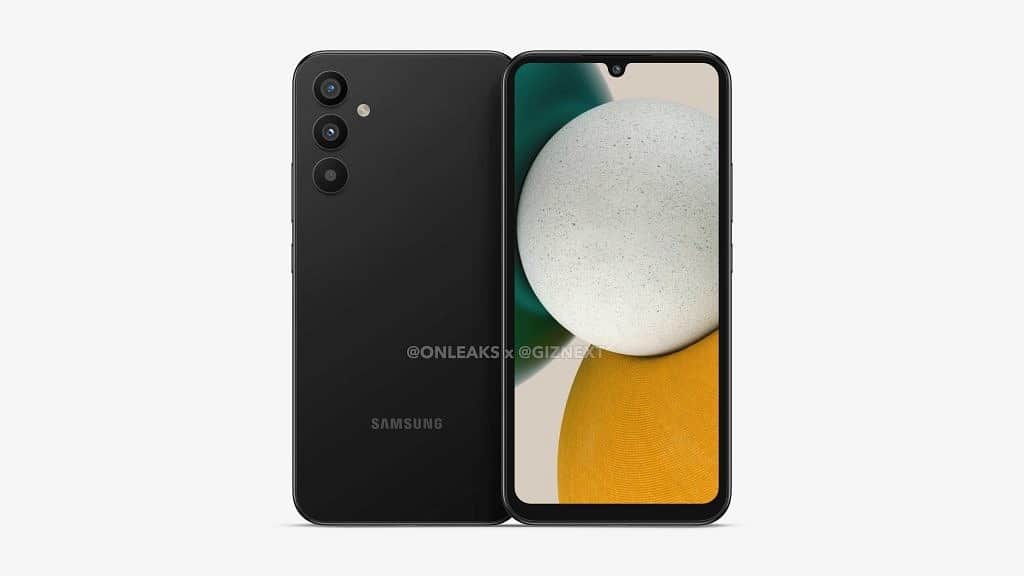 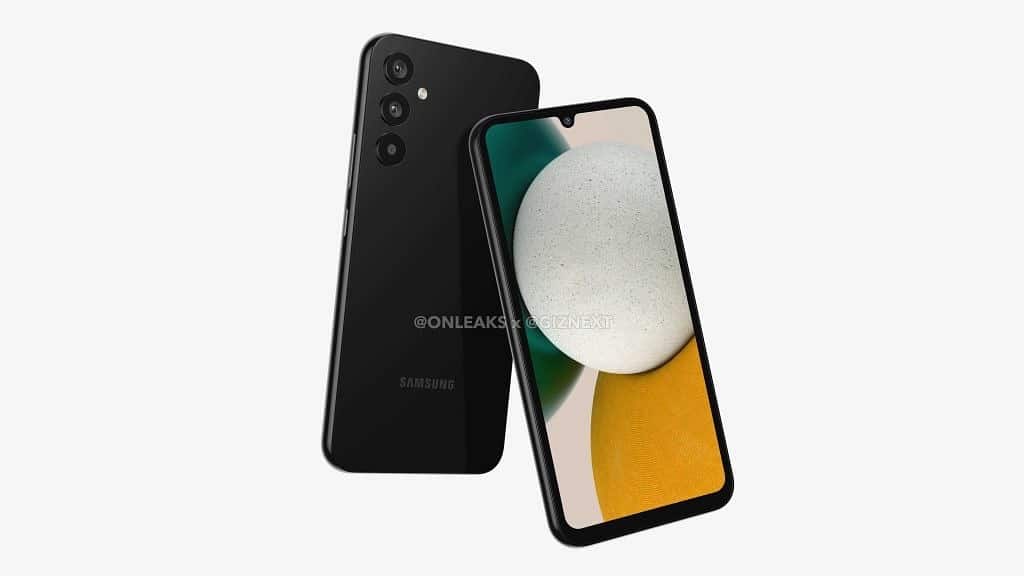 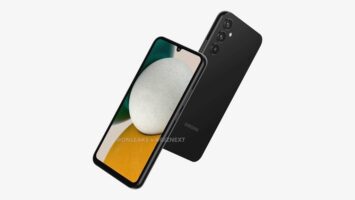 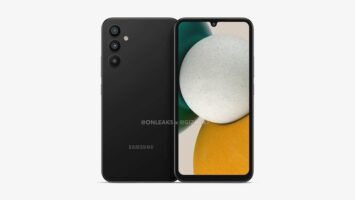 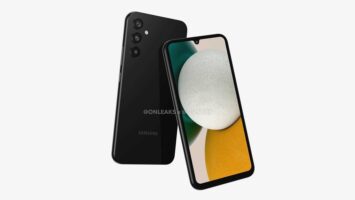 There haven’t been many rumors about the Galaxy A34 so far. We know that it will offer 5G connectivity and will not feature a depth sensor on the back. Samsung is said to be getting rid of this camera from its phones next year. The new mid-range phone will reportedly sport a 6.5-inch Super AMOLED display, likely with a 90Hz of refresh rate. But the rest of its specs are still a mystery.

However, it may not be long before we get to learn more about the Galaxy A34. While the Galaxy A33 arrived in March this year, rumors have it that Samsung will debut its successor early next year. We will have to wait and see how much truth is in that rumor. Stay tuned as leaks may soon start to come more frequently.