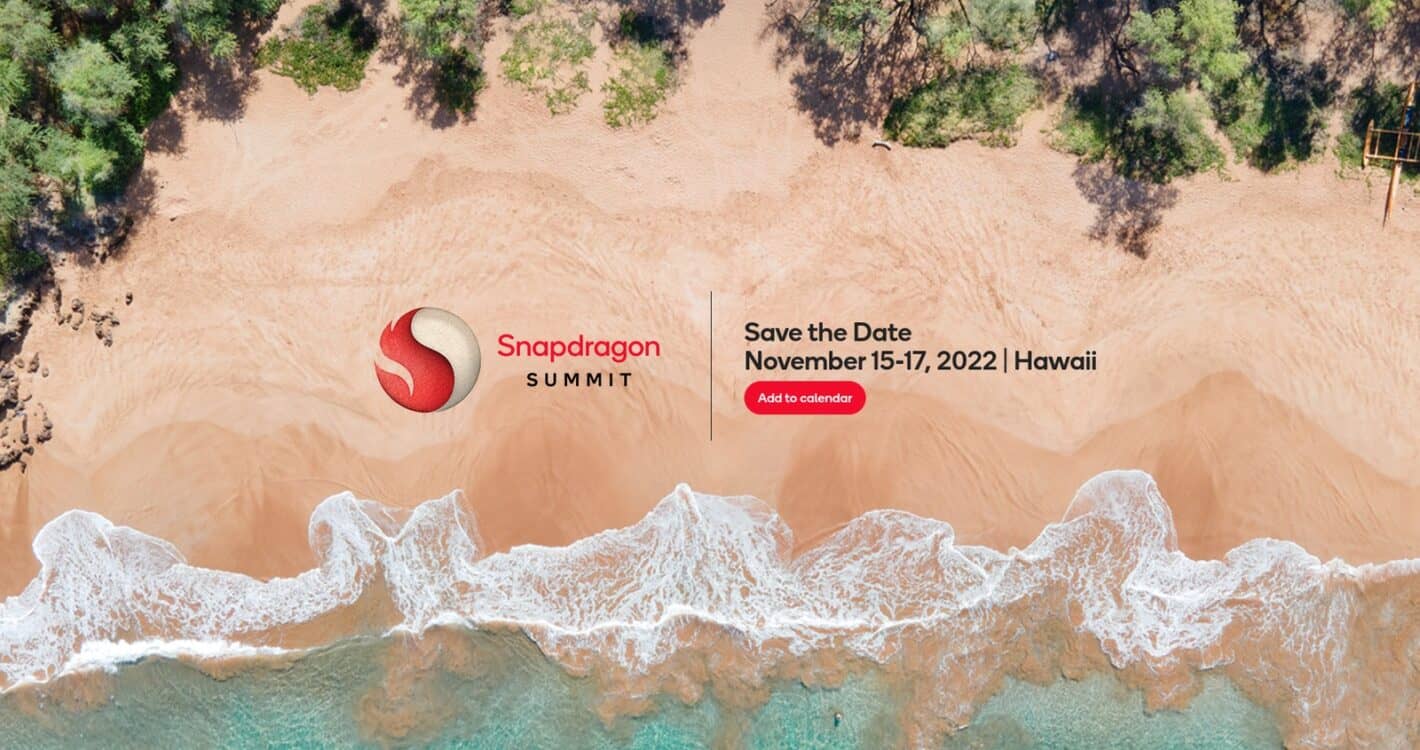 Qualcomm has officially confirmed its Snapdragon Summit 2022. It will be held on November 15 and 16 in Maui, Hawaii, as per usual. That basically means that the Snapdragon 8 Gen 2 will become official on November 15.

The Snapdragon 8 Gen 2 will become official soon, on November 15

The company did not specifically mention the Snapdragon 8 Gen 2 by name, though, of course. Qualcomm always announces its next-gen flagship SoC during the Snapdragon Summit, though, so there you go.

On top of that, we’ve seen quite a few rumors regarding that processor. The Snapdragon 8 Gen 2 does look really promising, based on those rumors. That SoC is said to offer the same power consumption as the Snapdragon 8+ Gen 1 (if not slightly better), while offering a considerable improvement on the performance side of things (up to 20% better performance).

This processor will be manufactured by TSMC

The Snapdragon 8 Gen 2 is tipped to move to a four-cluster architecture. Its predecessors used a tri-cluster setup. This chip is said to utilize three Cortex-A510 cores running at 2.0GHz. Two Cortex-A710 cores clocked at 2.8GHz will also be included, allegedly. Two Cortex-A715 cores running at 2.8GHz were also mentioned. The last, but not least, will be the most powerful Cortex-X3 core clocked at 3.2GHz.