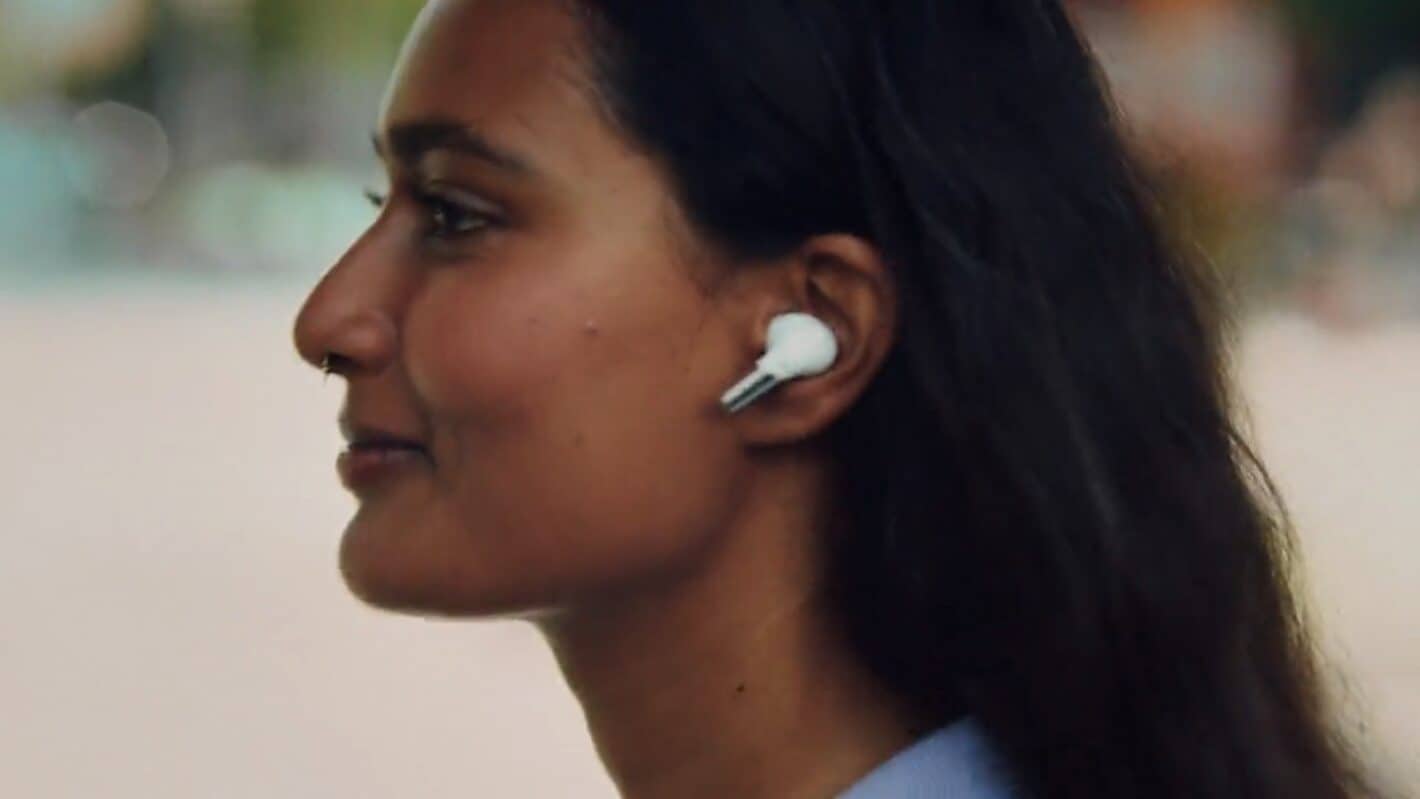 OnePlus has just confirmed the design of its upcoming earbuds, the OnePlus Buds Pro 2. The company shared a teaser video via its OnePlus India Twitter handle, showing off the earbuds.

The OnePlus Buds Pro 2 design gets confirmed by the company

If you take a look at the video below, and fast forward to around a 13-second mark, you’ll see one of the earbuds clear as day. This goes hand-in-hand with the design that surfaced in renders not long ago.

When the sky is the limit make the entire world your playground.

Here is to the ones who dare to question the norms and choose to #NeverSettle pic.twitter.com/GzsSWfZ9ZD

The OnePlus Buds Pro 2 earbuds will resemble their predecessors quite a bit. The white version of the earbuds was shown off in this video, and you can see that OnePlus will stick with a two-tone design.

This video, unfortunately, did not show us the charging/carrying case. We did see it in the aforementioned renders, though. These earbuds will get improvements, on the inside, but the company is sticking with basically the same design.

OnePlus seemingly partnered up with Dynaudio

OnePlus did partner up with Dynaudio for these earbuds, that’s something the leaked charging case revealed. These earbuds will once again have angled ear tips, and the top side will have a matte finish.

The charging case will include an LED indicator, and there will also be a button on the inside, it seems. 11mm and 6mm dual drivers are expected to be included, while ANC will be supported (up to 45db).

The OnePlus Buds Pro 2 will allegedly provide up to 6 hours of battery life on a single charge, with ANC enabled. If you disable it, however, you’ll be able to get up to 9 hours, it seems.

OnePlus plans to include three microphones in each earbud, and offer support for LHDC 4.0 codec. Spatial audio will also be on offer, as will Adaptive ANC.

Do note that these earbuds will also charge really fast. They will, allegedly, offer three hours of playback after only 10 minutes of charging. Wireless charging will also be on offer, but it’ll be slower than wired charging.

The OnePlus Buds Pro 2 earbuds are expected to launch in Olive Green and White colors. More color options may become available, though. These may launch alongside the OnePlus 11, or maybe even sooner than that.