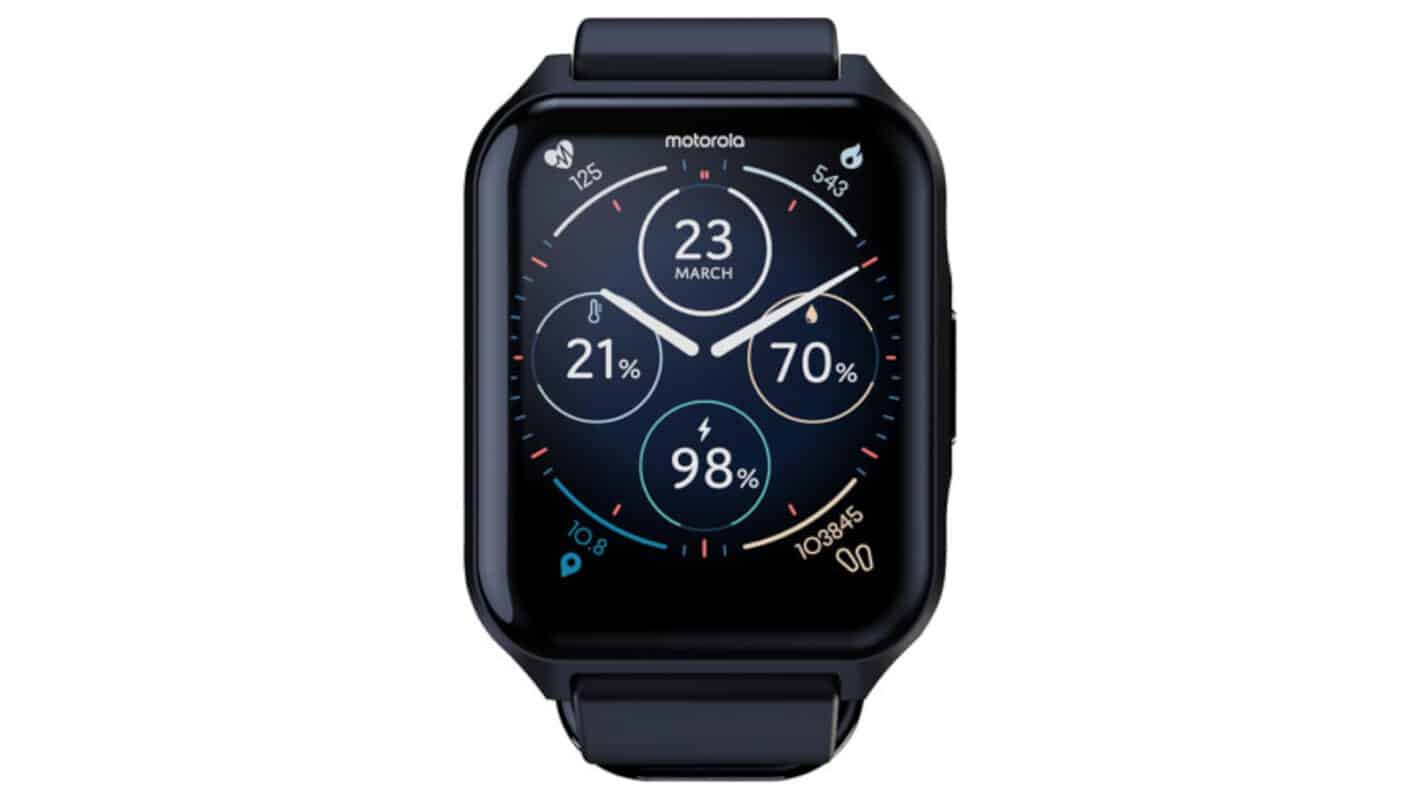 Motorola is best known for its phones, but the company has dipped its toe into the wearable market. Now, thanks to a French Best Buy listing, we have an early look at the company’s upcoming smartwatch. This is the Moto Watch 70, and it doesn’t seem like it will be a proper successor to the Moto 360.

Looking at the Best Buy entry, it looks like Motorola is taking this smartwatch in a different direction. For starters, let’s address the elephant in the room: the shape. The Motorola 360, as its name implies, had a circular display. This gave it the appearance of being a normal watch.

However, looking at the Best Buy entry, the Moto Watch 70 will have a 1.69-inch square design. This makes it look more similar to that of an Apple Watch.

The bezel surrounding the display looks to be relatively small. It’s definitely smaller than that of the Pixel Watch. On the right side of the watch, there’s a single button, and that’s it.

The Moto Watch 7 may disappoint people in terms of software

The other major bit of news about this smartwatch is that it will not use Google’s wear OS 3 software. This was one of the most anticipated wear OS software updates this year and last year. Under the operating system section, it merely says “other”. It’s compatible with Android smartphones along with iPhones, so that’s good news if you’re an Apple user.

The Moto Watch 70, unfortunately, will not be compatible with Google Assistant or Amazon Alexa. That’s a bit disappointing, but we can tell that this watch is not meant for the premium market.

However, we know that this watch is meant for the fitness market. The Moto Watch 70 will come with a host of different fitness features in both its hardware and software. According to the entry, there are 23 sport modes that you will be able to use. Also, the dynamic health tracking will use the gyroscope, accelerometer, heart rate monitor, and spO2 sensor to monitor your heart rate, steps, running distance, elevation, calories burned, etc.

Best Buy didn’t tell us about the expected battery life, but it does say that you‘ll be able to get up to 14 hours of continuous use from a 60-minute charge. That’s pretty impressive, but that will vary depending on who’s using it. The watch is made with a zinc alloy case with silicone straps, and it has an IP67 water and dust-resistance rating.

While the Moto Watch 70 does not support wear OS 3, it might still be a compelling smartwatch because of its price. This watch will only run you $99.99 when it launches. That’s a good price if you’re looking for an affordable fitness tracker.