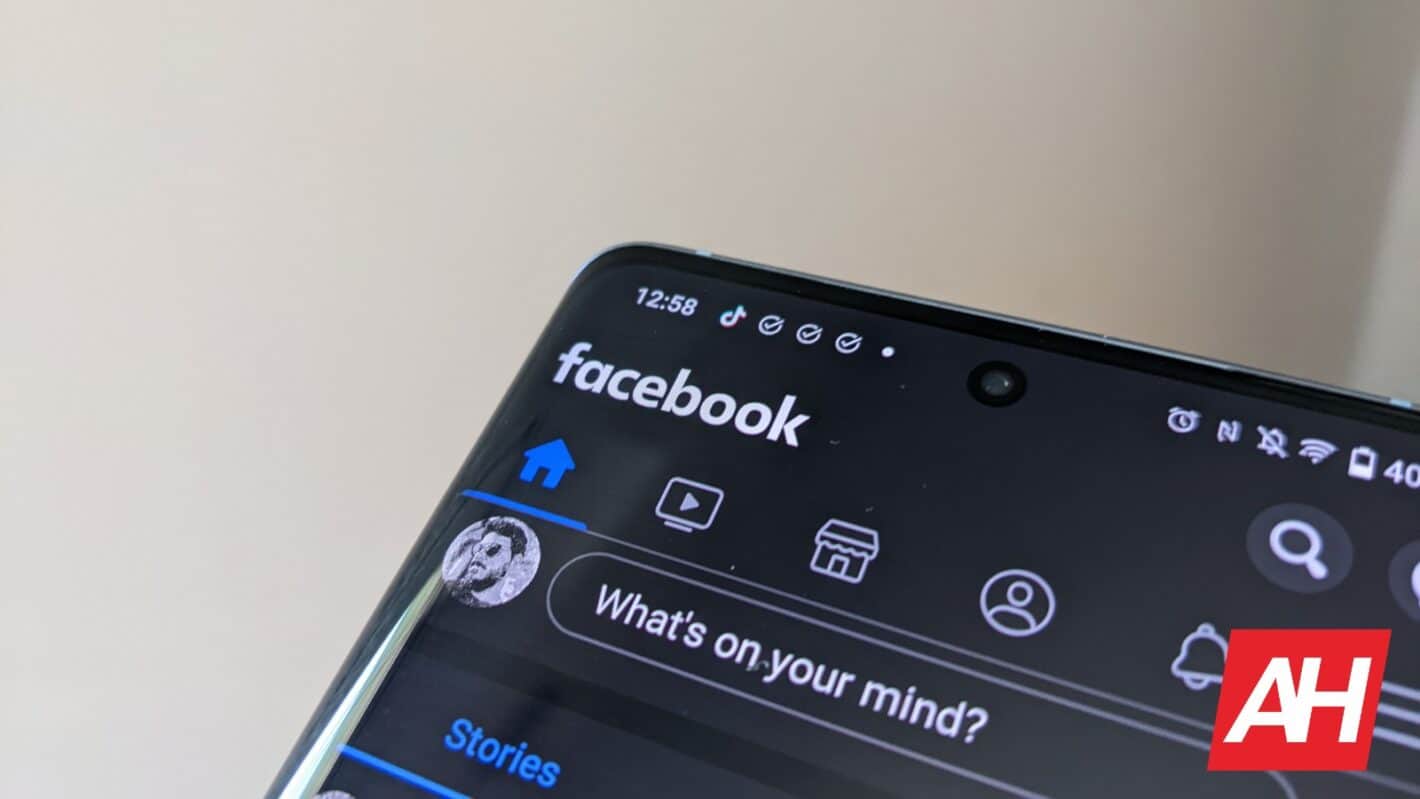 Meta has announced multiple new measures to protect the privacy of teens on Facebook and Instagram. The company is limiting unwanted interactions between teens and adults and making it easier for teens to access safety tools on the two social media apps. It has also updated the default privacy settings for new teen users.

Meta’s latest privacy measures build on its efforts from last year. The company already restricts adults from messaging teens they aren’t connected to on Facebook and Instagram. Profiles of unknown teen users also don’t appear in the People You May Know recommendations for adults. These restrictions will now work the other way around as well. Meta will restrict teens from messaging unknown “suspicious adults” and will not show such accounts in their People You May Know recommendations.

The social media giant says “suspicious adults” will include those who have recently been blocked or reported by a young person. Instagram will remove the message button when such adults visit teens’ accounts. Young users will also get notifications encouraging them to use Facebook and Instagram’s safety tools. These notices guide them in navigating inappropriate messages from adults. The company will also prompt teens to report accounts they block.

According to Meta, more than 100 million people saw safety notices on Messenger in just one month after its launch last year. Minors are also now using safety tools more than ever on Messenger and Instagram DMs thanks to easier access. Account reports from young users increased by more than 70 percent in Q1 2022 versus the previous quarter. 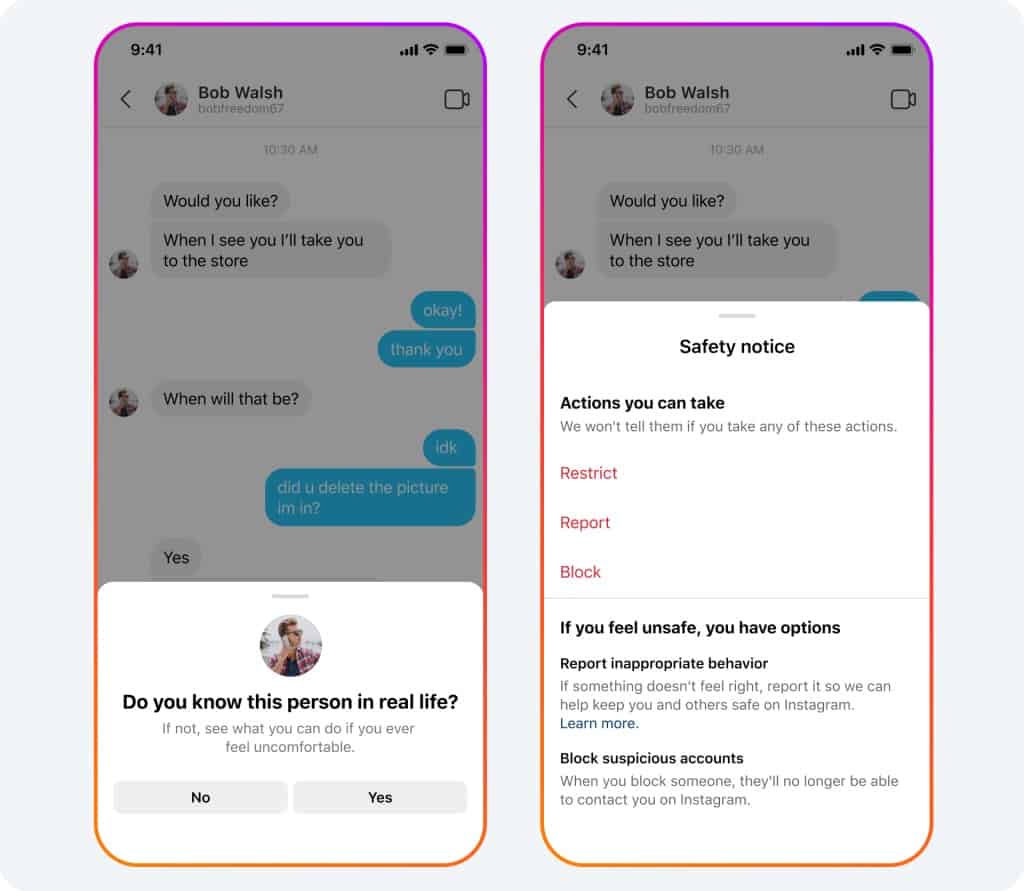 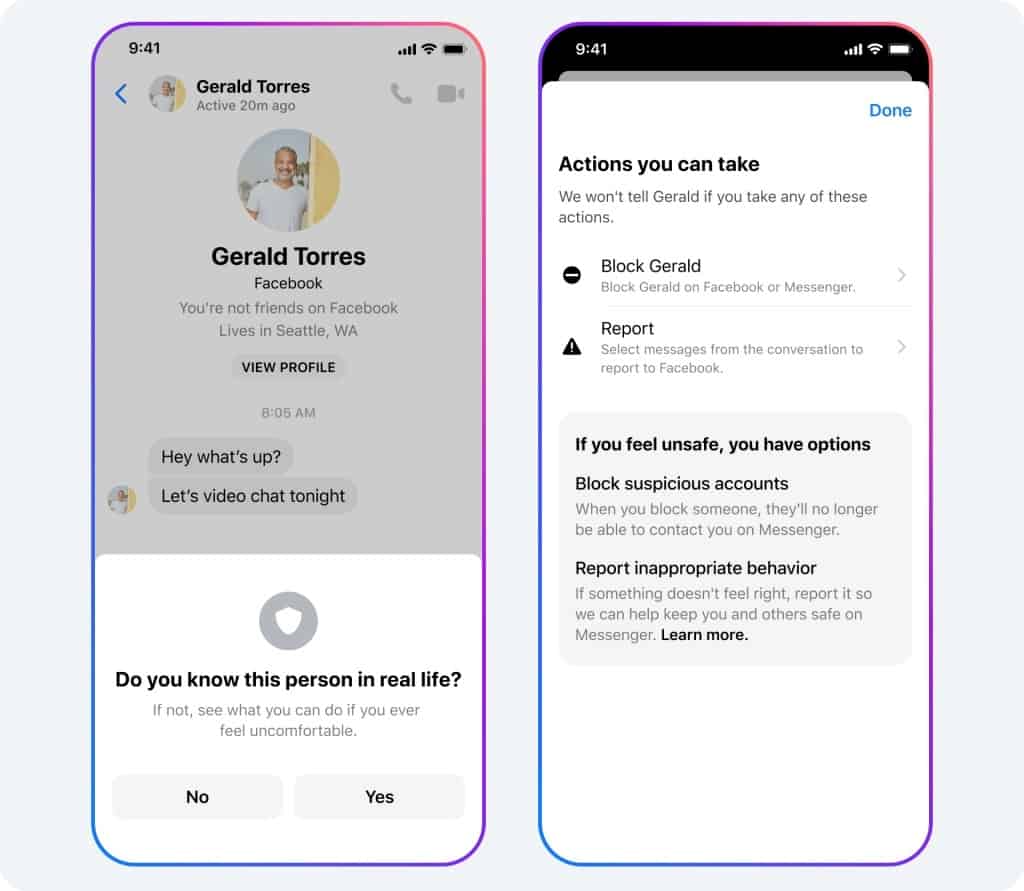 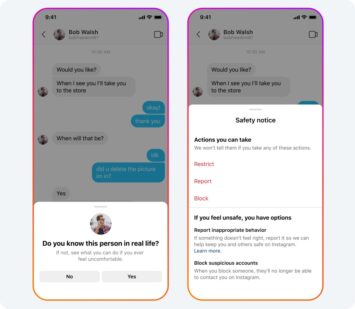 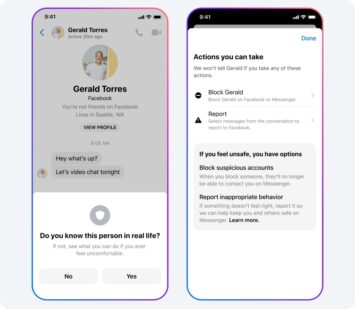 As an additional layer of privacy, Facebook will default new users under the age of 16 (or under 18 in certain countries) to more private settings for their friends’ lists, pages they follow, tagged posts, comments, and more. The company will also encourage existing users to switch to the new default settings. A “use suggested settings” button will change all privacy settings to Facebook’s new default.

Along with these measures, Meta is also working with the National Center for Missing and Exploited Children (NCMEC) to prevent the non-consensual sharing of teens’ intimate images. It is creating a global platform that can also be used by other companies across the tech industry to help protect teens’ privacy. The company has also teamed up with Thorn and their NoFiltr brand to help victims of sextortion. They plan to create educational materials that encourage the victims to seek help and take back control. Meta will share more information about the new resources in the coming weeks. 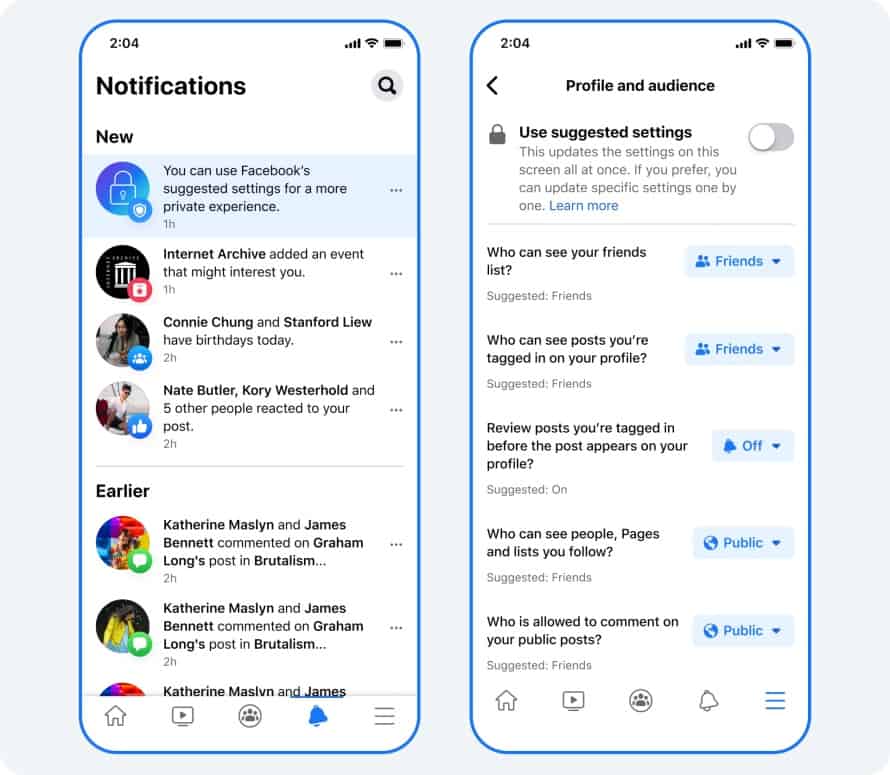