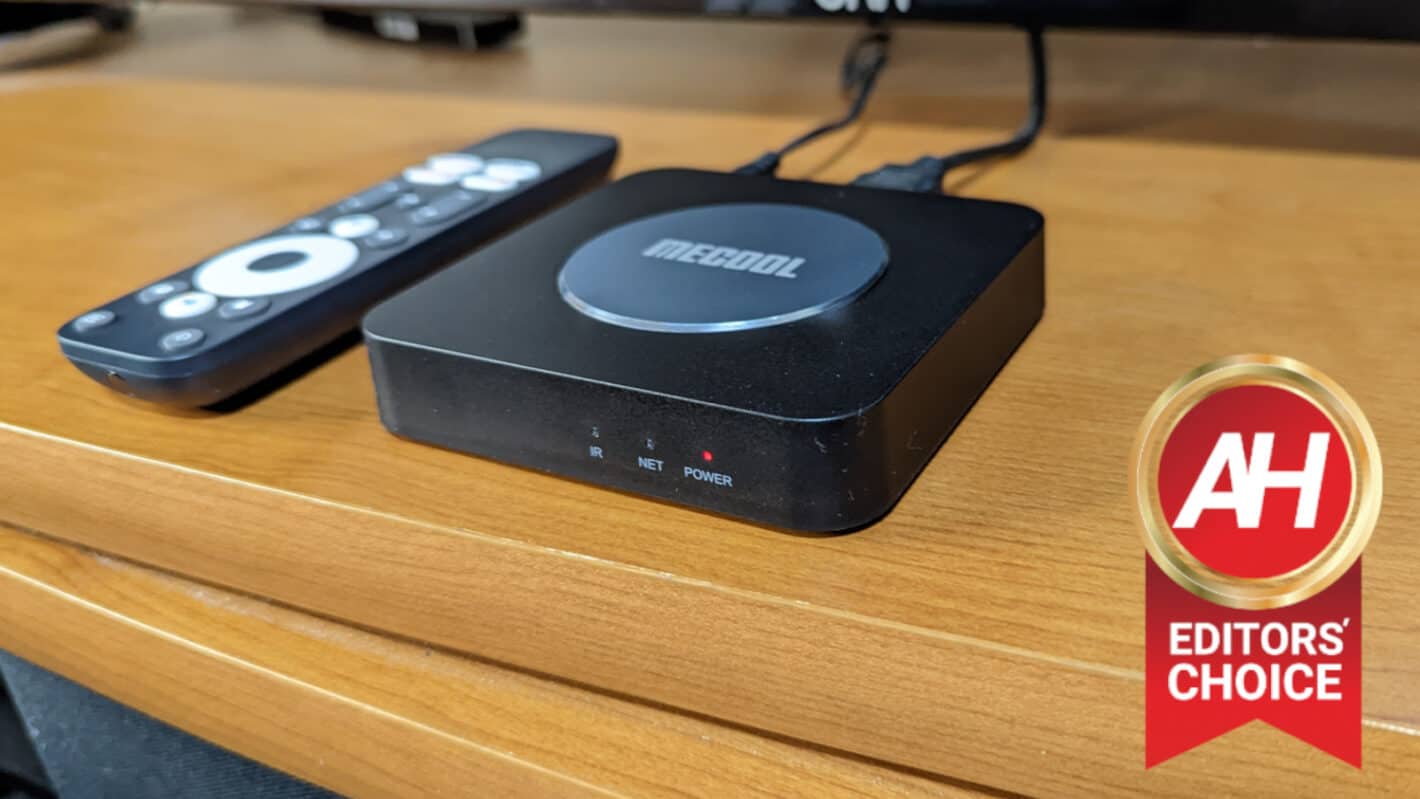 Mecool is here to show us how many features it can pack into a small and affordable package.

This device was used for about two months before this review was written.

There are plenty of streaming devices out on the market, and some of them stick out above the rest for their affordability. Mecool is one of the companies that makes devices like these. Android Headlines had the opportunity to review the company’s premium streaming box, the Mecool KM2 Plus. Should this be your next streaming device? Let’s find out.

The Mecool KM2 Plus has a plastic build, but it’s still sturdily built. The metal circle in the center gives it a bit of a premium feel and some added heft. Also, it adds nice aesthetic to it Overall, I can tell that the company used quality materials for this device. 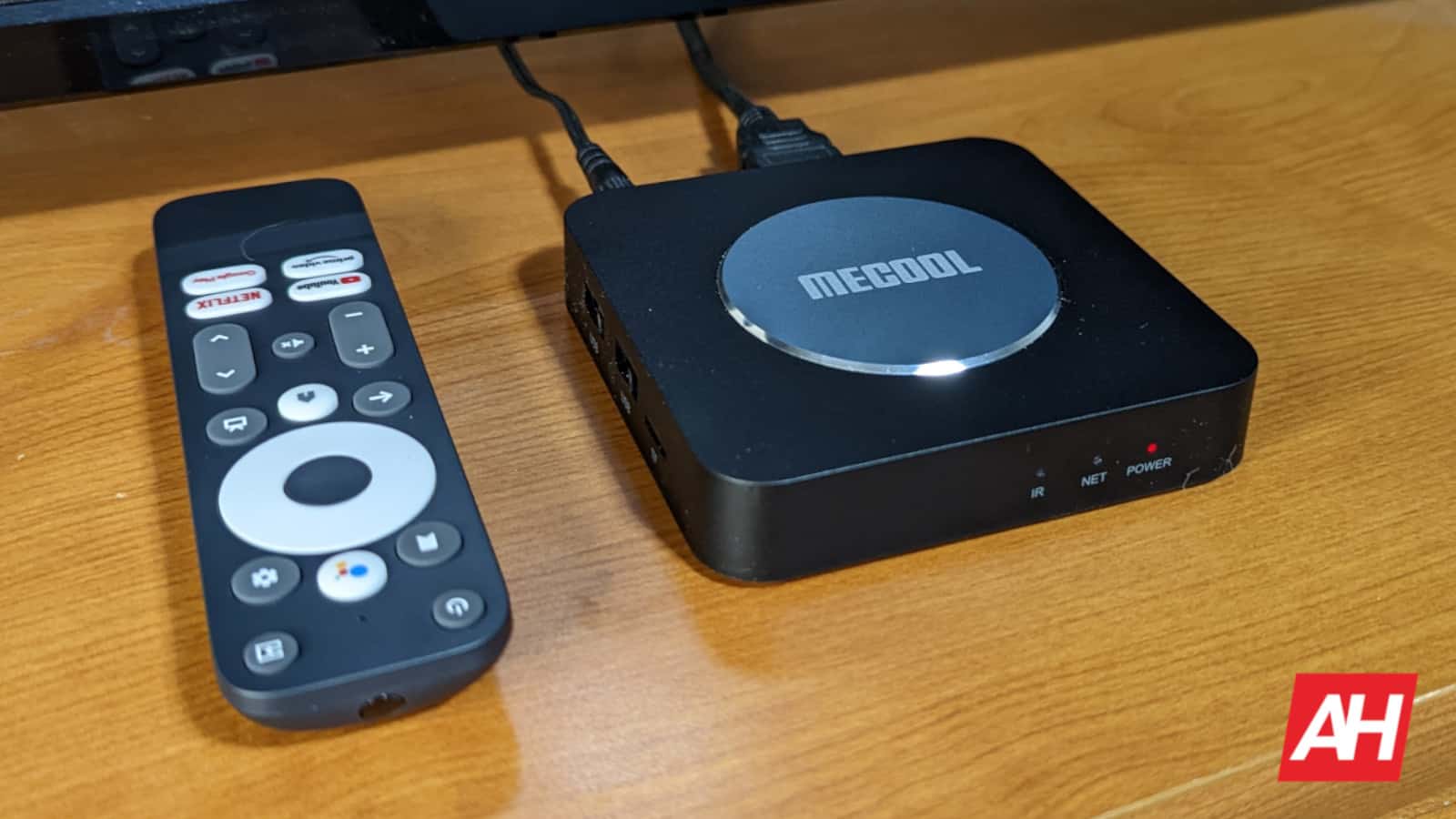 As for the design, the Mecool KM2 Plus is made to fit into any setup. It’s an ultra-portable device that can be placed anywhere in your room on shelves, on tables, and so on. The device is a 4.75-inch x 4.75-inch square, and it’s just over half an inch thick. The Mecool KM2 Plus is smaller than any cable box- heck, it can actually fit in a pocket. You won’t have any trouble storing or moving this streaming box at all.

This is a 4K streaming device, so you’re able to get a crisp picture if you’re using the right TV. Along with 4K resolution, the Mecool KM2 Plus is compatible with HDR10, HDR10+, and HLG HDR processing. It’s not the most impressive list, but that’s still great for the price you’re paying.

The software is another strong aspect of this device. The Mecool KM2 Plus comes with Android TV preloaded. This is one of the best TV operating systems to come on a device. With Android TV, you have access to all of your favorite streaming services like Netflix, Disney+, Hulu, Amazon Prime Video, DROPOUT by CollegeHumor, Tubi, Peacock, etc.

Along with those services, you also have access to the Google Play Store. This means that you’re able to download a library of games compatible with Android TV devices. You’ll have options like Evo Land, Evo Land 2, Orbia, and many more.

Since this is Google software, you also have Google Assistant installed. With the Assistant, you can use your voice to search for content to watch. There’s an Assistant button on the included Android TV remote to quickly access it. 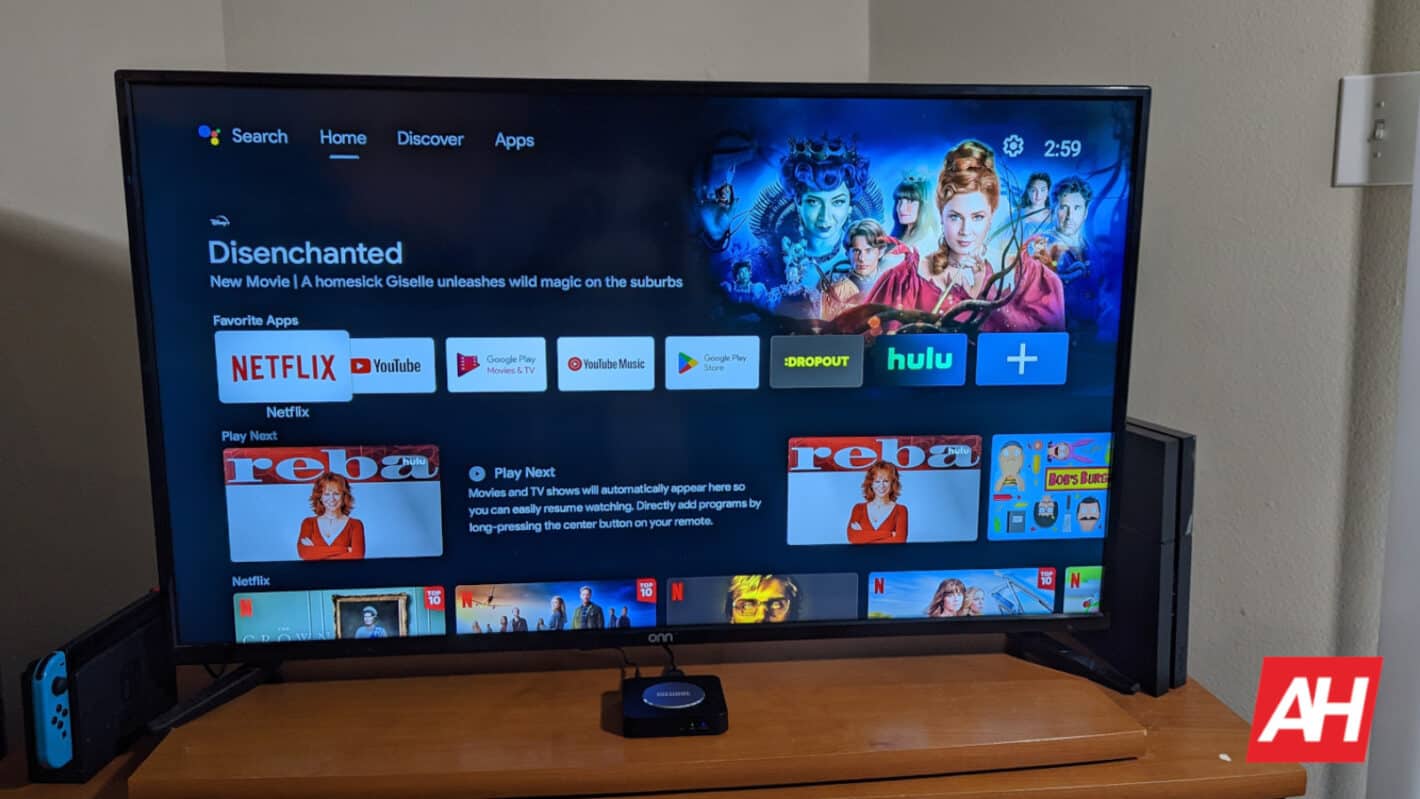 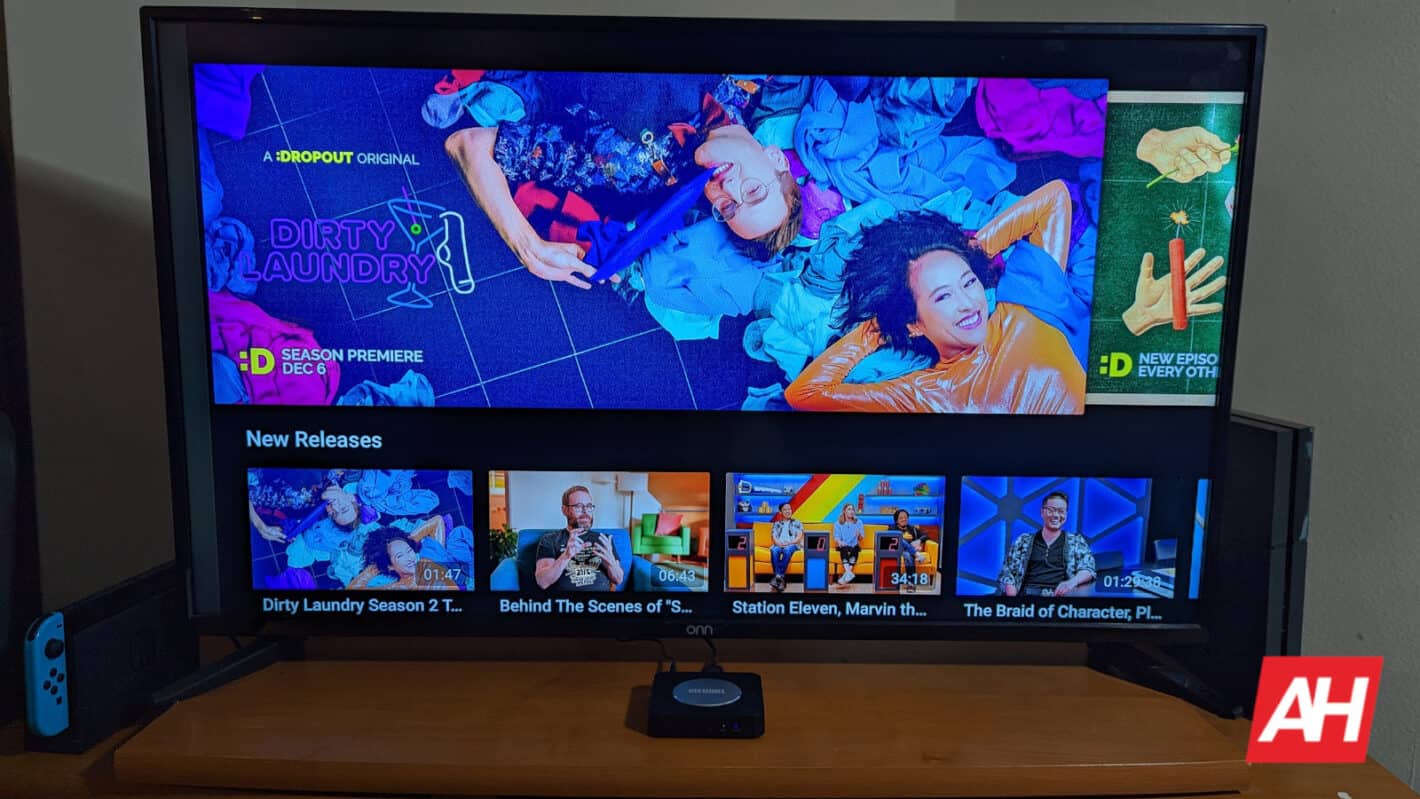 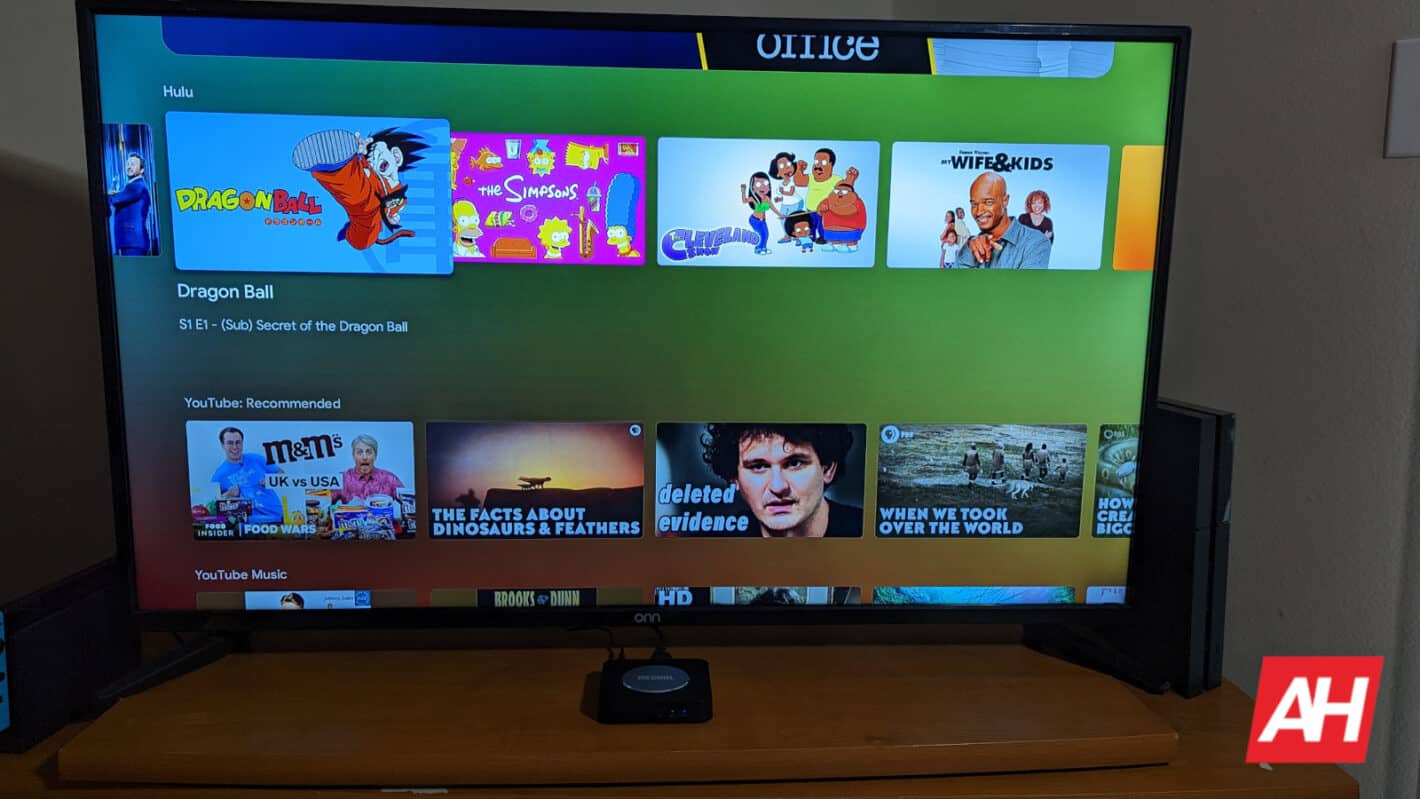 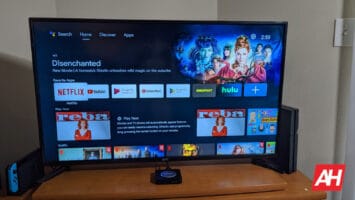 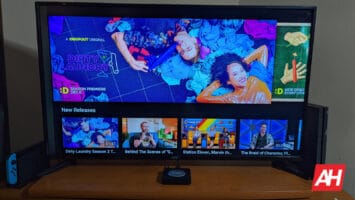 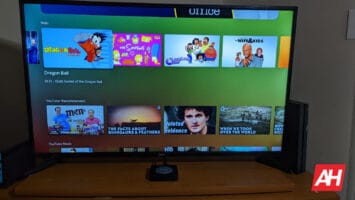 Being able to navigate the software smoothly is an important part of any streaming experience. I’m glad to say that the Mecool KM2 Plus navigates the software without much of an issue. Hopping from app to app and searching through channels is extremely smooth. I didn’t notice many instances when the software lagged or stuttered. This also goes for returning to the home screen from an app. Everything is quick and snappy.

The superior performance also applies to the gaming capabilities. I downloaded games from the Play Store onto this device, and I was able to play them without any trouble. I played 2D titles like Magic Rampage and Orbia, and there was no issue at all.

Ramping things up, I played 3D titles like Dungeon Quest and Rally Fury. No matter what I ran, the Mecool KM2 Plus, it was able to run them flawlessly. You shouldn’t have an issue using this for some light gaming. Just know that some of these games do require a gamepad to be connected. 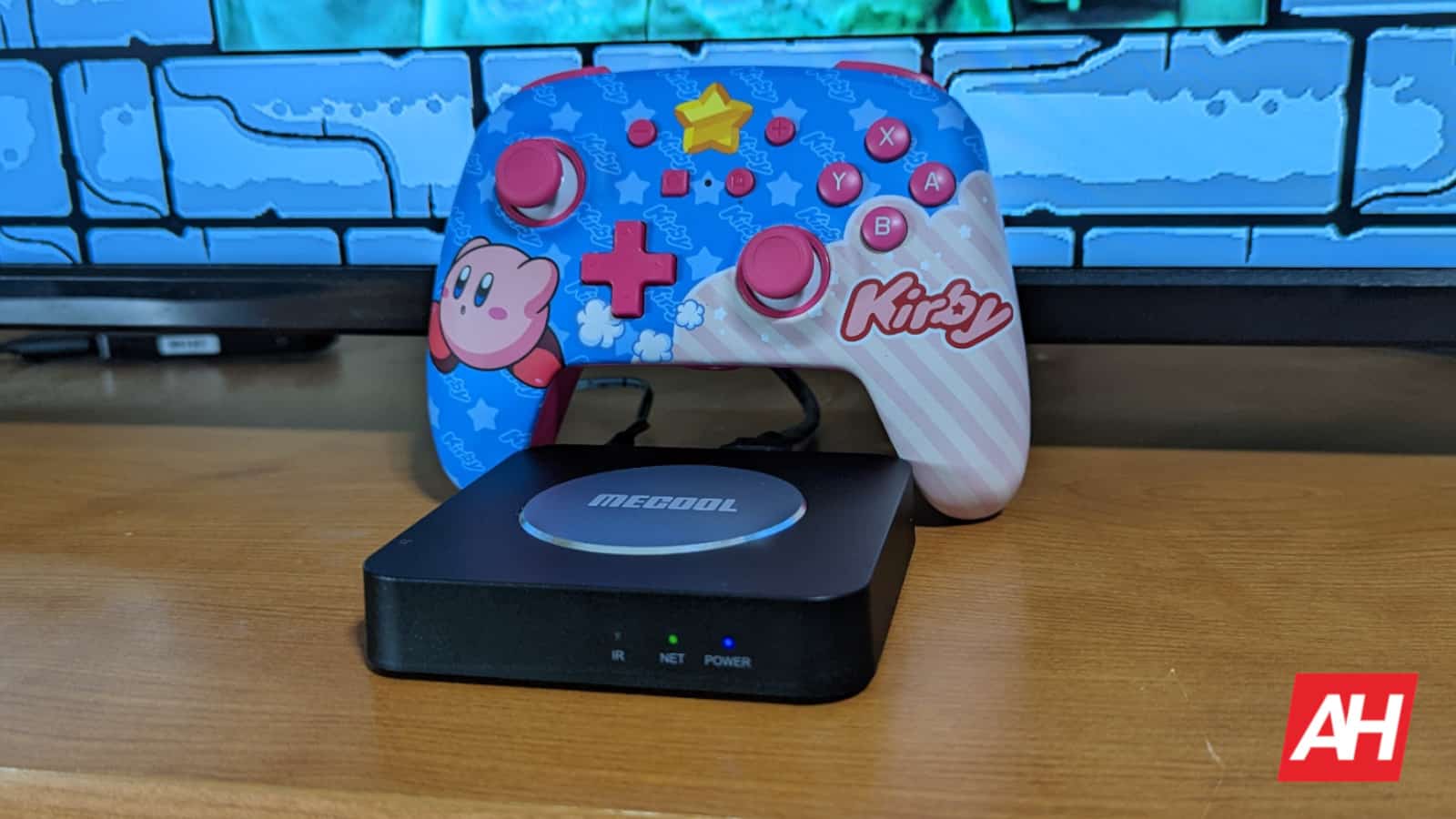 One of this device’s best traits is its selection of ports that you can use. You get plenty more connectivity options than other devices in this price range.

You have the HDMI port, of course, but you also have two USB ports to use for flash drives. If you have media saved on an SD card, there’s a microSD card port next to the USB ports.

Moving onto internet connection options, you have your standard WiFi connectivity and there’s an Ethernet port on the back. This will give you a faster connection than WiFi.

As for audio connection options, you have a 3.5MM headphone jack to connect headphones. This is great if you only want to keep the audio to yourself. You can also connect the KM2 Plus to an external speaker. For those who need it, there’s also an S/PHIF port for people who want to connect to a device that way.

There are far more ways to connect this device than standard streaming sticks. It’s amazing that there are so many ports on such a small device. 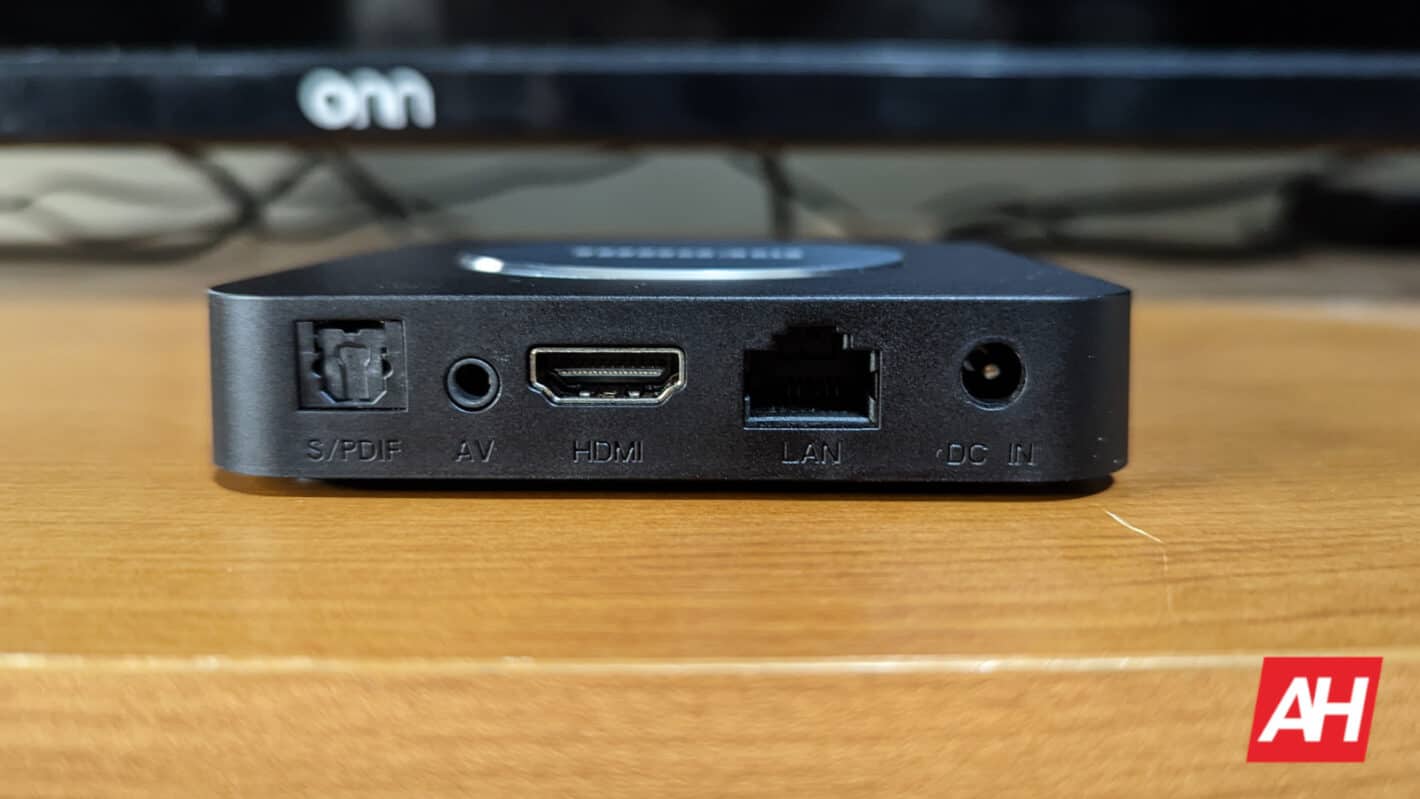 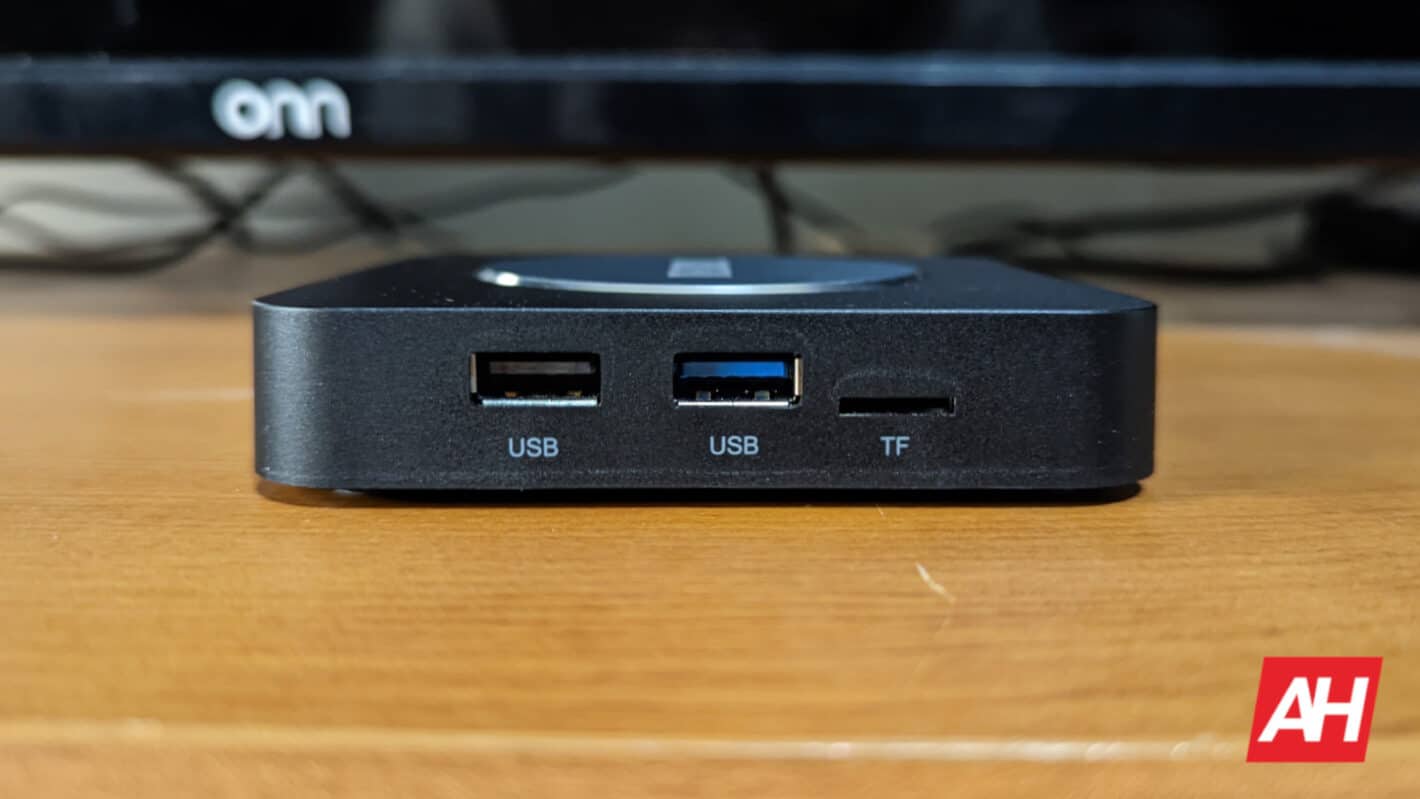 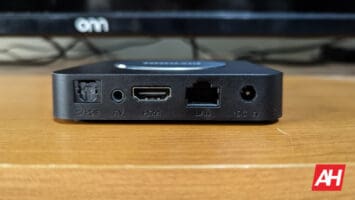 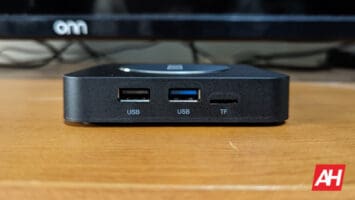 One thing you’ll need to know is that there is an AC port on the back to power it, not a micro USB/USB type-C port. This limits the options you have for powering it. Just keep that in mind.

When it comes to streaming devices, storage isn’t always the hottest topic. However, there are folks who like to download plenty of apps onto their devices. The Mecool KM2 Plus comes with 16GB of onboard storage. That’s impressive as far as streaming devices are concerned. I downloaded some games and additional streaming apps, and I didn’t come close to filling it up.

Should you buy the Mecool KM2 Plus?

The answer is yes! I was impressed with the amount of features that Mecool threw at this device. For less than most of the top-tier competition, you have a device with Ethernet connectivity, two USB ports, a micro SD card port, an S/PHIF port, 16GB of storage, Android TV, 4K resolution with HDR10, and more. Along with the features, it has top-tier performance.

This is a fantastic device to buy if you’re looking for a premium streaming device for an affordable price.

You should buy the Mecool KM2 Plus if

You shouldn’t buy the Mecool KM2 Plus if