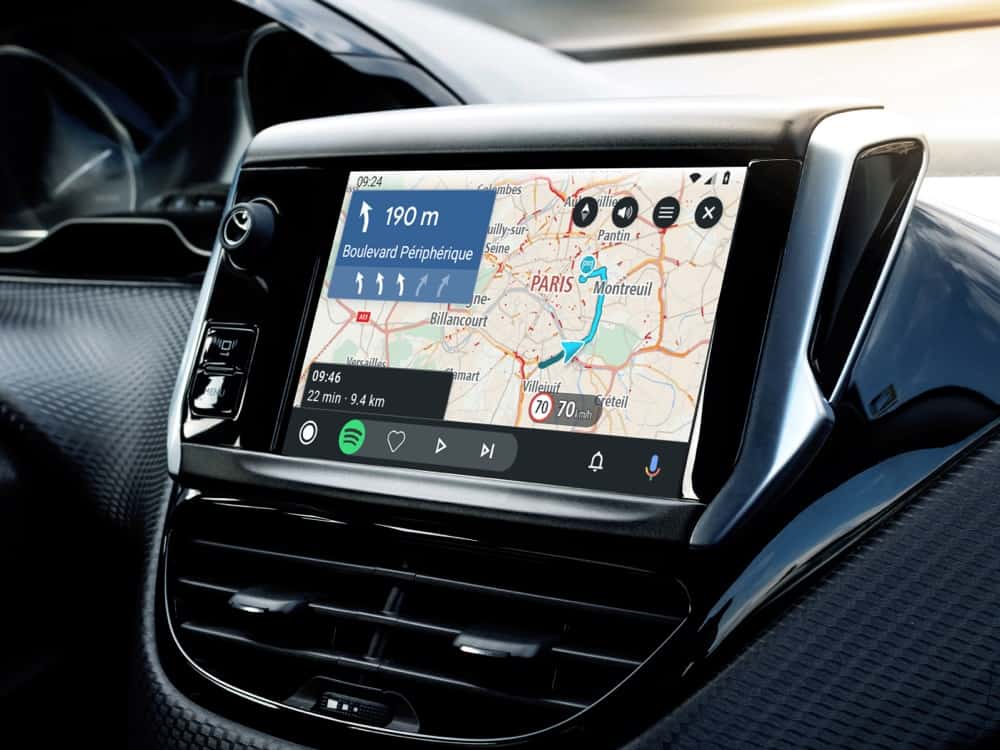 Google announced a major redesign to Android Auto, and the company said to expect it over the summer. However, it never came. We were all wondering if this redesign had been canceled or delayed. Now, according to Android Central, the new Android Auto Coolwalk design is entering beta testing now.

Back during Google I/O 2022, Google introduced us to the new Coolwalk design for Android Auto. This is an interface designed to help drivers better focus on the road. It will offer a useful split-screen mode that will keep all of the essential elements on one screen.

For example, you can have your media player take up one part of the screen. This will negate you having to navigate to your media-playing app. Another example is having your messages pop up on one section of the screen. You’ll be able to see them without having to drop down your notification shade or go to the messaging app.

We were all wondering if Google had canned this redesign, but apparently, that’s not the case. It seems that the company wanted to take a little extra time to make sure that the new interface would work properly.

So, after a few months’ delay, the feature is starting to make it to more people via a beta test. We’re not quite sure how expansive the beta test is, so don’t be alarmed if you don’t see the new UI just yet. The beta program should make it to more users as time goes on.

What is the Android Auto Coolwalk interface?

As stated before, Google is prioritizing safety by eliminating distractions for drivers. The interface will use a split screen mode to keep the driver from having to interact with their phone or other devices.

The split screen will keep the navigation closer to the driver, and that will make it easier to see where you’re driving. On the other side, you will have other elements. This puts everything on one screen.

Another benefit that Coolwalk has is deeper integration with Google Assistant. This means that you will have to physically interact with your phone even less. If you get a text message, you can use the Google Assistant to reply to it rather than having to look down at your device. You can also return missed calls that you received while driving with your voice.

At this point, we don’t quite know when Google plans on releasing this new interface to the masses. However, knowing that the Android Auto Coolwalk interface is in beta testing means that it might not be much longer of a wait.