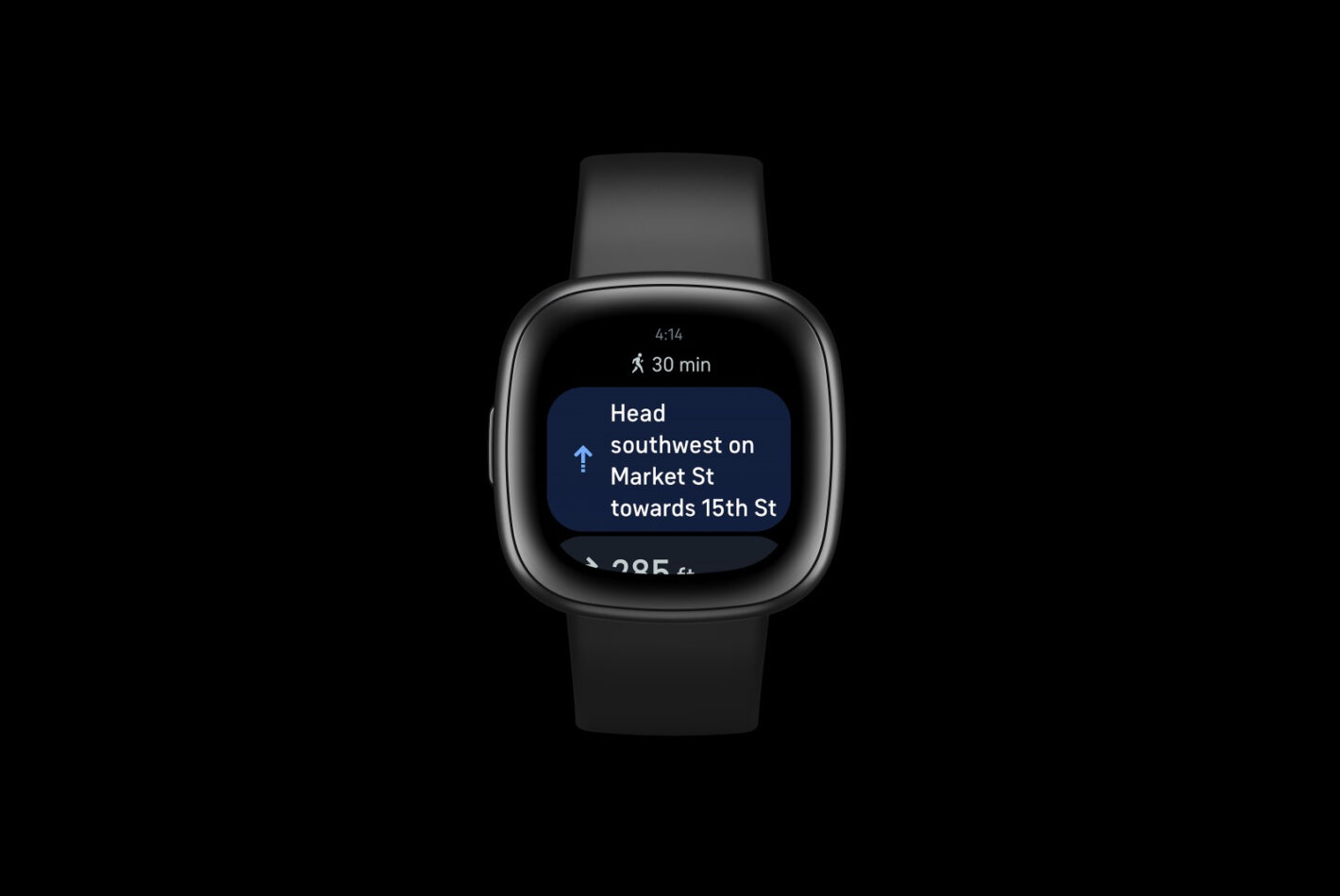 Finally, an official blog post has confirmed that Google Maps for Fitbit smartwatches will soon roll out. This will be available for new Fitbit smartwatches like the Versa 4 and Sense 2. These are the first Fitbit wearable devices to run on Google’s Wear OS, and they mark a new era for Fitbit.

Following the Google Maps rollout to the Fitbit Versa 4 and Sense 2 smartwatches globally, the company will launch support for Google Maps. This will come with an “interactive on-screen view and turn-by-turn directions” to the wrists of users. With this, users of the smartwatches mentioned above will be able to receive guidance on how to get to their destination directly from their wrists.

In addition to the real-time navigation that Fitbit promises will be available on its most recent smartwatches, there are a few other additional features. Once a trip is started on Google Maps for Fitbit smartwatches, the app will record certain data for display at the end of the trip. These data include the number of steps taken, heart rate during the trip, active zone minutes, as well as some other data for user analysis.

This merges some workout features with native map functions. But, Fitbit goes on to clarify that this set of navigation data will be accessible at the end of the navigation, also Google Maps will only work when other apps are not in use. In addition, this map feature will work when the Fitbit smartwatch has internet access.

The Google Maps feature will work with a stable Bluetooth connection with the user’s mobile device. Additionally, the Google Maps application on the user’s mobile device also needs to be active for this feature to work on the smartwatch. For now, the maps feature is still unavailable but will soon roll out, possibly within the coming months. Once available, users will be able to access it via an update to the Fitbit Versa 4 and Sense 2 smartwatches.