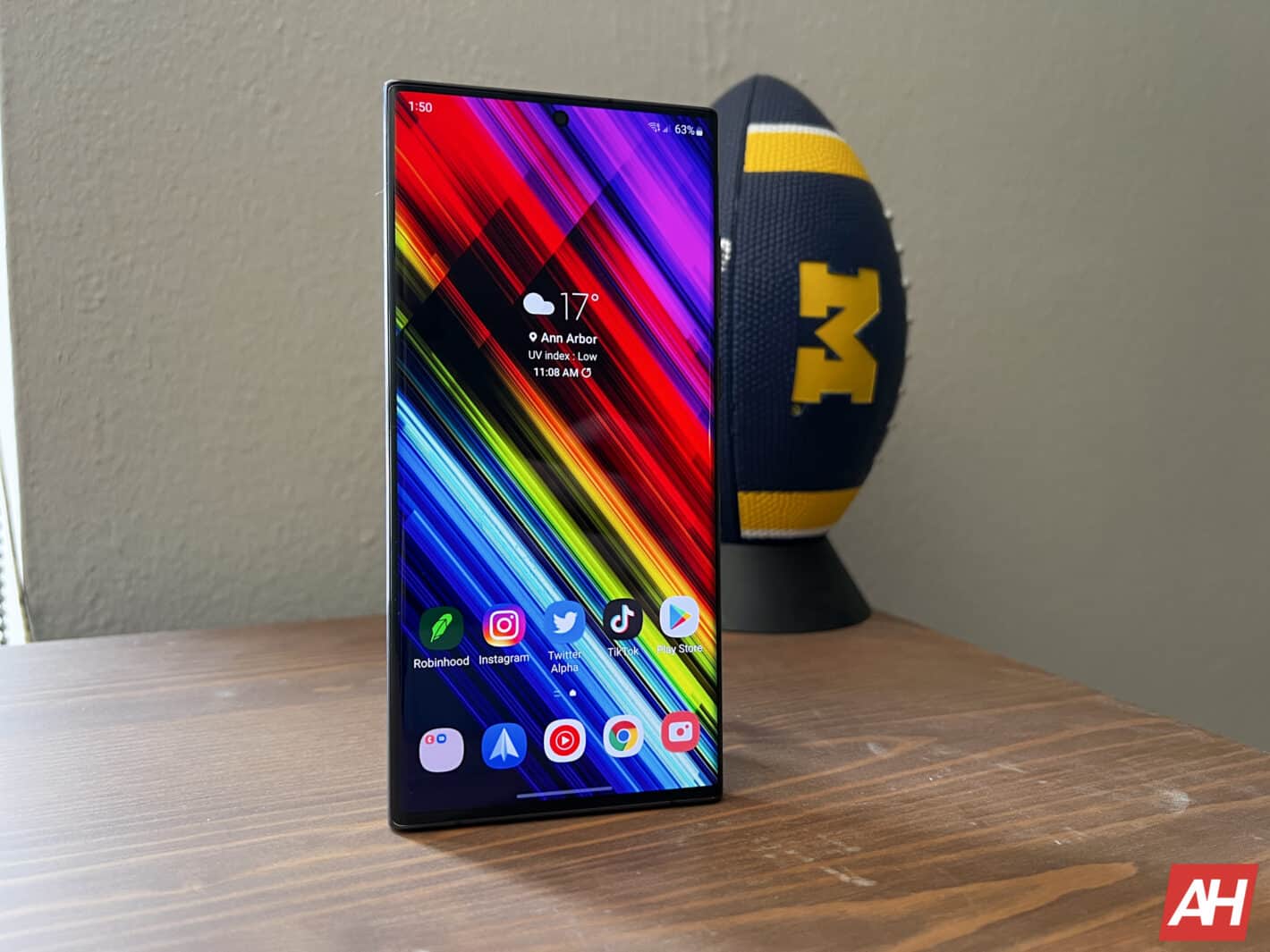 The Samsung Galaxy S23 Ultra could feature the industry’s brightest display yet. According to a fresh rumor passed along on Twitter, the upcoming Galaxy flagship will boast a peak brightness of around 2,200 nits. That’s considerably higher than the 1,750 nits of peak brightness offered by the Galaxy S22+ and Galaxy S22 Ultra this year.

The source of this info states that Samsung hasn’t locked “2,200 nits” as the official rating for peak display brightness on the Galaxy S23 Ultra. The device is still in development and may see more performance optimizations in the coming weeks. But they claim the maximum brightness of the new Galaxy flagship’s screen will be more than 2,100 nits. It could top 2,200 nits as well.

Either way, the Galaxy S23 Ultra will have the brightest smartphone screen when it arrives early next year. The screen should be as readable under direct sunlight as it is indoors. The Galaxy S22+ and Galaxy S22 Ultra held that record since their debut until the Apple iPhone 14 Pro Max came along a couple of months ago. The latter is rated at a maximum brightness of 2,000 nits. Samsung seems all set to top that in a few months.

The Galaxy S23 Ultra will reportedly also boast an improved PWM (pulse width modulation) dimming frequency of about 2,000Hz. That’s slightly less than the 2,160Hz of PWM dimming offered by BOE’s Q9 screen. This should help reduce eye strain for users. Samsung’s display assembly on the new flagship is said to be about 45 percent more efficient too. So all these rightness and dimming gains still won’t eat up your battery life.

Moreover, the device could feature stronger display protection too. It is reportedly something stronger than the Gorilla Glass Victus+ on the Galaxy S22 series, almost as strong as Apple’s Sapphire glass on iPhones. It’s unclear though if the entire Galaxy S23 lineup will get this protective glass or only the Ultra model.

Usually, only the Ultra model of Samsung’s flagship lineup gets the best of everything. And that includes display brightness too. The company may have equipped the Galaxy S22+ with a screen as bright as the Galaxy S22 Ultra this year, but the same will not happen next year. The same source claims that the vanilla Galaxy S23 and Galaxy S23+ could max out at around 1,750 nits of peak brightness.

That’s just a speculative number, though. It could be lower, but not higher. It’s not even clear if both models will boast the same level of display brightness. The Galaxy S22 only offered 1,300 nits of peak brightness, unchanged from the Galaxy S21 last year. Stay tuned for more leaks and rumors about the Samsung Galaxy S23 series.