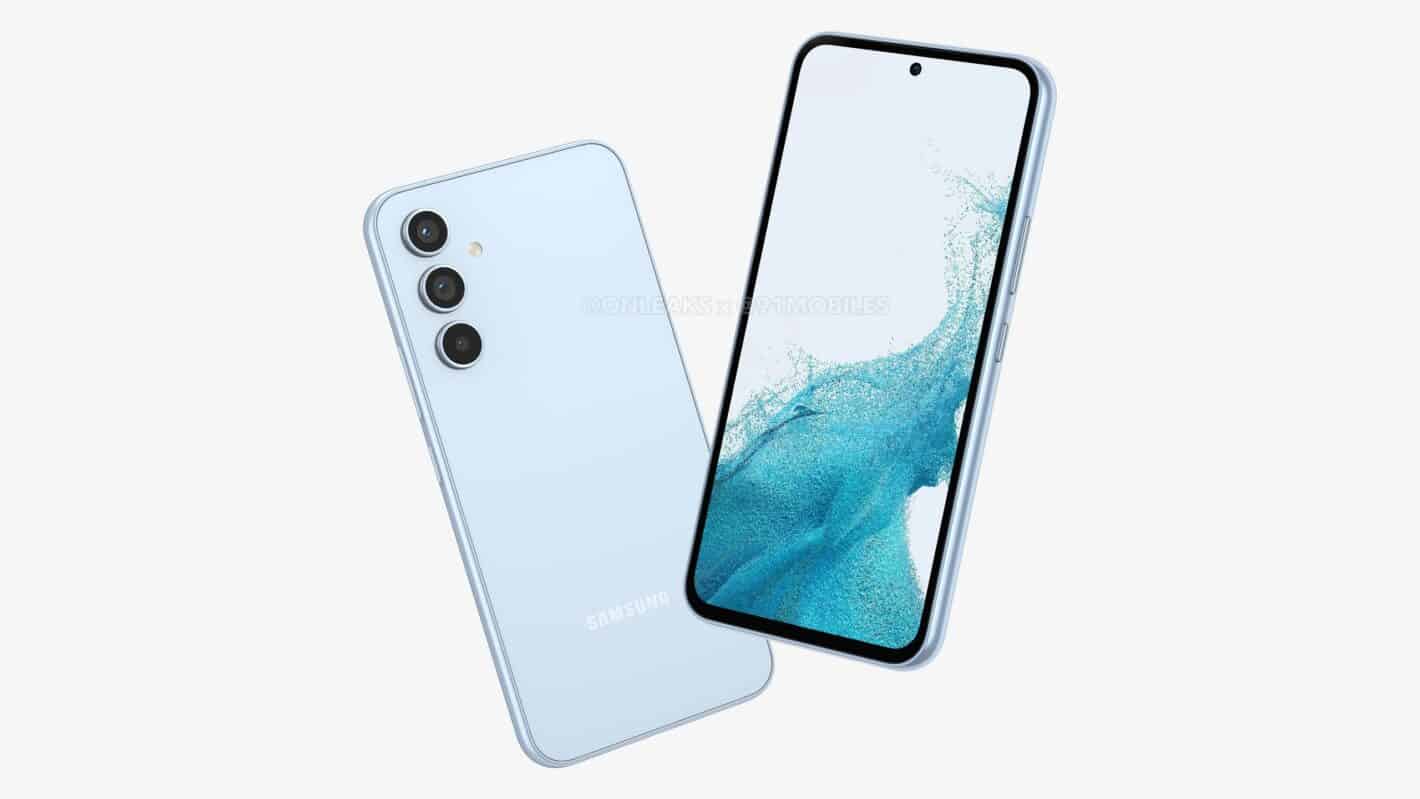 The Samsung Galaxy A54 has appeared in high-resolution renders and 360-degree video months ahead of launch. The early renders come courtesy of noted leakster Steve H. McFly, aka OnLeaks, and give us our first look at the upcoming premium mid-ranger.

The Galaxy A54 may get a redesign from its predecessor

The Galaxy A54 renders shared by Steve show quite a few design changes from the Galaxy A53. Just a glance at the images was enough to tell that the new phone is shorter and wider. This is something the source confirmed by revealing the exact dimensions. The upcoming device will reportedly measure 158.3 x 76.7 x 8.2mm in dimension. In comparison, the Galaxy A53 measures 159.6 x 74.8 x 8.1mm. So the 2023 model is 1.3mm shorter and 1.9mm wider than its predecessor. Both phones are identically thick, though.

It’s unclear why Samsung chose to make this design change on the Galaxy A54. But the change means it will get a marginally smaller screen. Well, the display bezels appear a little bulkier too, so that could have also affected the screen size. Either way, the new phone is said to feature a 6.4-inch FHD+ AMOLED display with a 120Hz refresh rate. The current model gets a 6.5-inch display. The punch-hole selfie camera still sits at the center, though.

On the back, we have a vertically-aligned triple camera setup with each sensor protruding out of the rear panel individually. There’s no camera bump here. The LED flash unit also sits separately. This is a change Samsung has been incorporating on more of its smartphones, so we aren’t surprised. And as for one missing camera, the company is removing the depth sensor from its mid-range lineups next year. Most of its phones coming out in 2023 and beyond will feature three or fewer cameras. 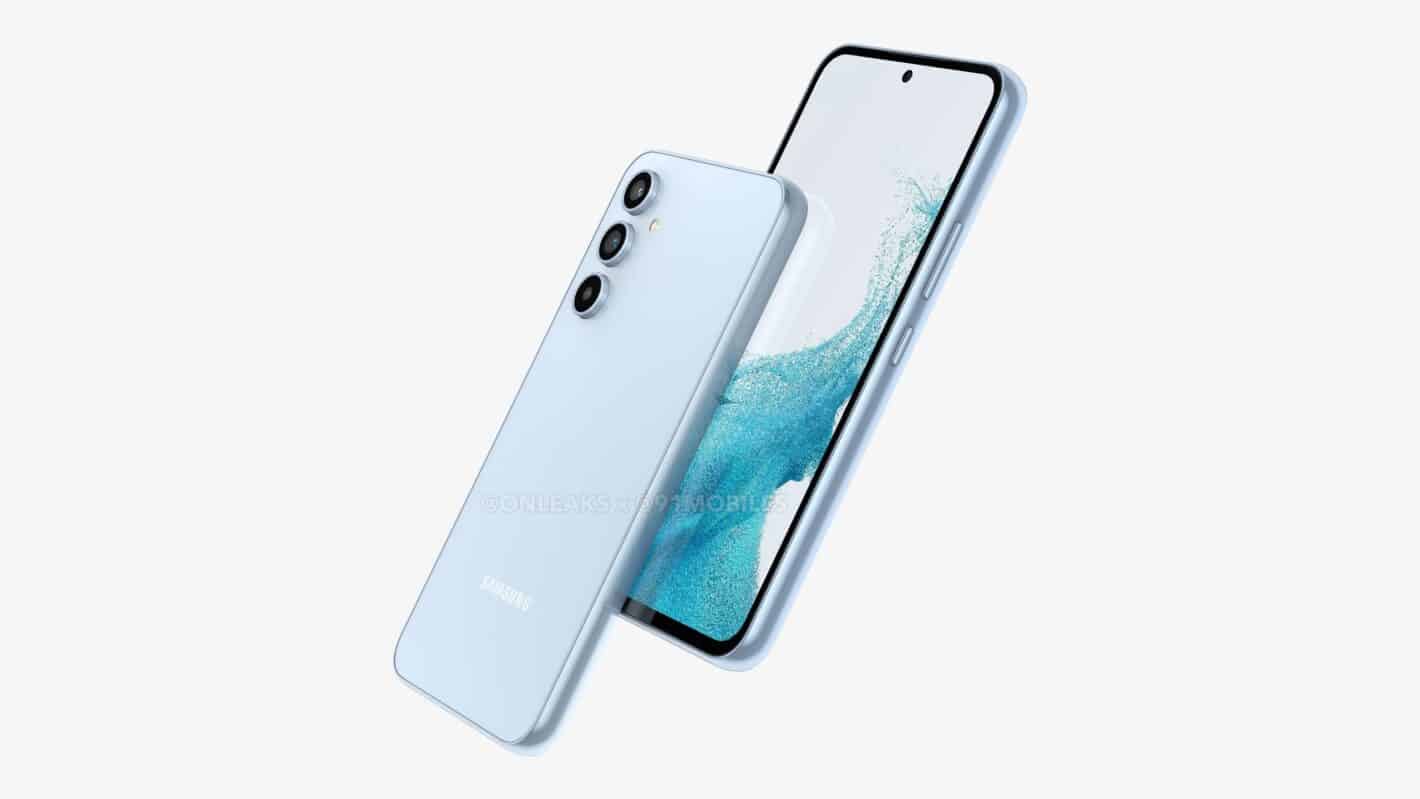 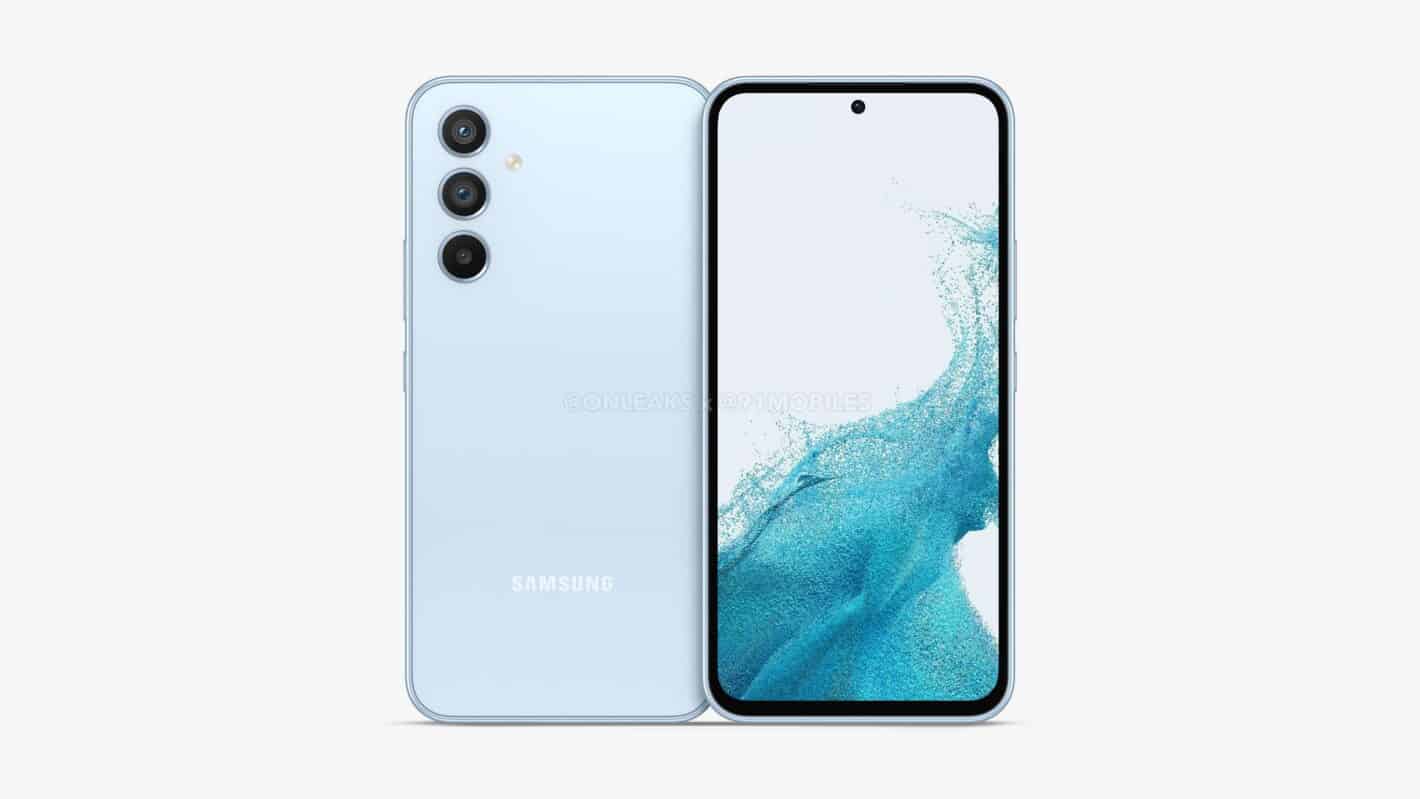 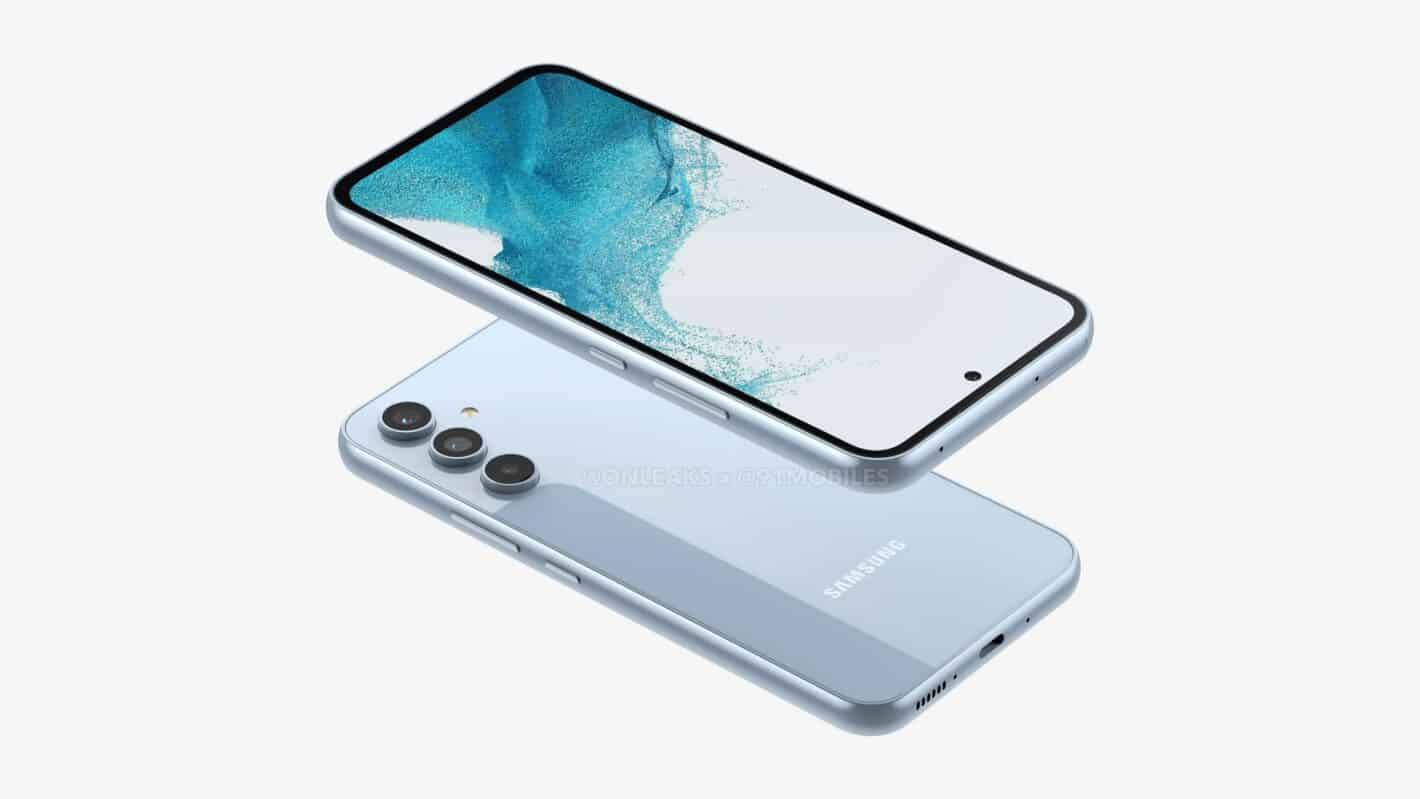 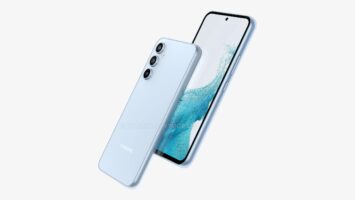 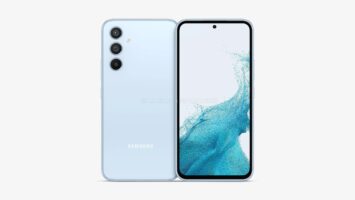 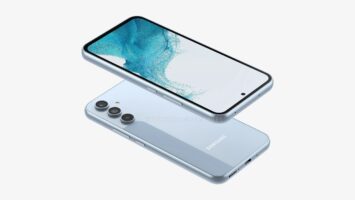 As usual, Samsung has placed the volume and power buttons on the right side of the Galaxy A54. The bottom edge has the USB Type-C port, a speaker grille, and — curiously — two microphone holes. Maybe it’s an error and one of the holes should have been for the SIM tray, like on the Galaxy A53. That said, the renders show the SIM tray at the top, so we still need confirmation on this. Hopefully, the second batch of leaked renders will arrive soon.

Samsung could launch the new premium mid-ranger earlier than usual

Samsung launched the Galaxy A53 and the Galaxy A52 before it in March 2022 and 2021, respectively. But the Galaxy A54 may arrive earlier than that next year. The company has already started gathering regulatory approvals for the handset. Leaks also have been coming for about two months now. We should hear more about this phone in the coming weeks.