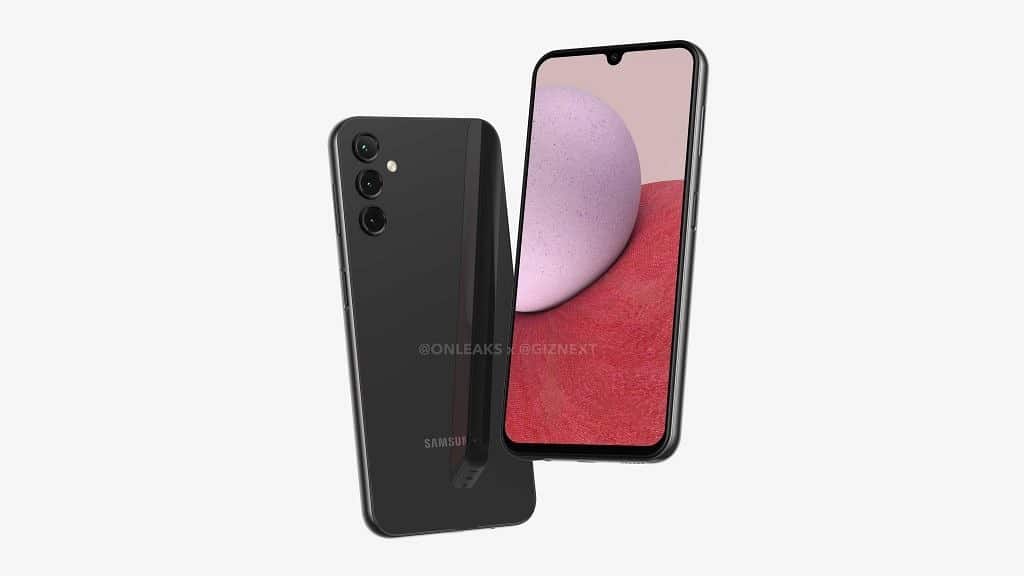 Samsung‘s upcoming budget 5G offering, the Galaxy A14 5G, is getting closer to its launch. The phone recently surfaced on benchmarking platform Geekbench, revealing a few key specs. The listing also confirmed that it will arrive in the US.

The Galaxy A14 5G appeared on Geekbench with the model number SM-A146U. The “U” at the end denotes it’s the US version. Samsung uses suffixes to distinguish the regional versions of its phones, such as B for Europe and N for South Korea. The Geekbench listing reveals the handset will run Android 13 out of the box, which is expected (via). It should debut with the Korean firm’s One UI 5.0 custom software on top.

Additionally, we can see the Galaxy A14 5G will be powered by an octa-core processor identified by MT6833V and having a base frequency of 2.0GHz. It is the MediaTek Dimensity 700, an entry-level 5G processor from the Taiwanese brand. Launched in early 2020, this 7nm SoC has two ARM Cortex-A76 CPU cores operating at a maximum frequency of 2.2GHz. The other six Cortex-A55 CPU cores are clocked at 2.0GHz. ARM’s Mali-G57 MC2 handles graphics duties. The same chipset also powered this year’s Galaxy A13 5G.

Samsung will seemingly pair this processor with at least 4GB of RAM on the Galaxy A14 5G. We should also have a 6GB RAM option, with 64GB and 128GB storage choices. The Geekbench entry doesn’t reveal anything else about this phone. But over the past couple of months, we have come across multiple leaks and rumors about the Galaxy A14 5G. So a lot is already known. We are expecting a side-mounted fingerprint scanner, a 3.5mm headphone, a 50MP triple rear camera, a 5,000mAh battery, and dual-band Wi-Fi (2.4GHz and 5GHz).

The Galaxy A14 will also come in a 4G-only version

Samsung also plans to release a 4G-only version of the Galaxy A14. After all, 5G isn’t available everywhere just yet. This model will bear the identifier SM-A415, with suffixes F, B, U, N, and more depending on the market. We recently saw the unannounced phone in early renders. It reportedly sports a 6.8-inch LCD panel with a U-shaped notch. This phone will likely share some of the specs with its 5G sibling, but not all. We will have to wait for a clearer picture of that. Thankfully, with the launch rumored next month, it won’t be a much longer wait now. We will keep you posted. 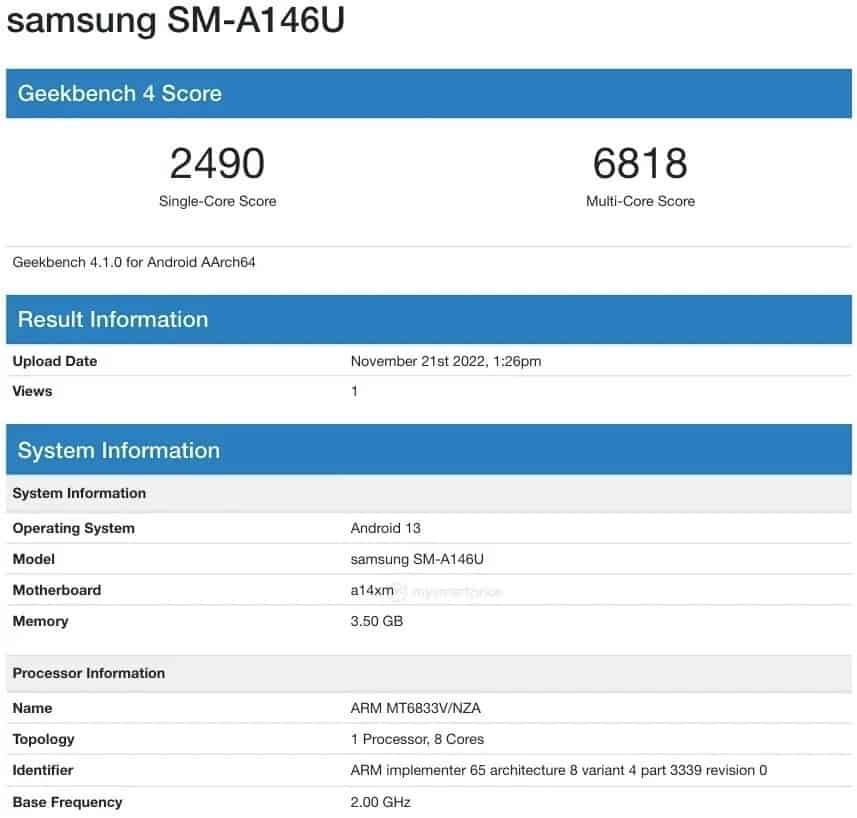